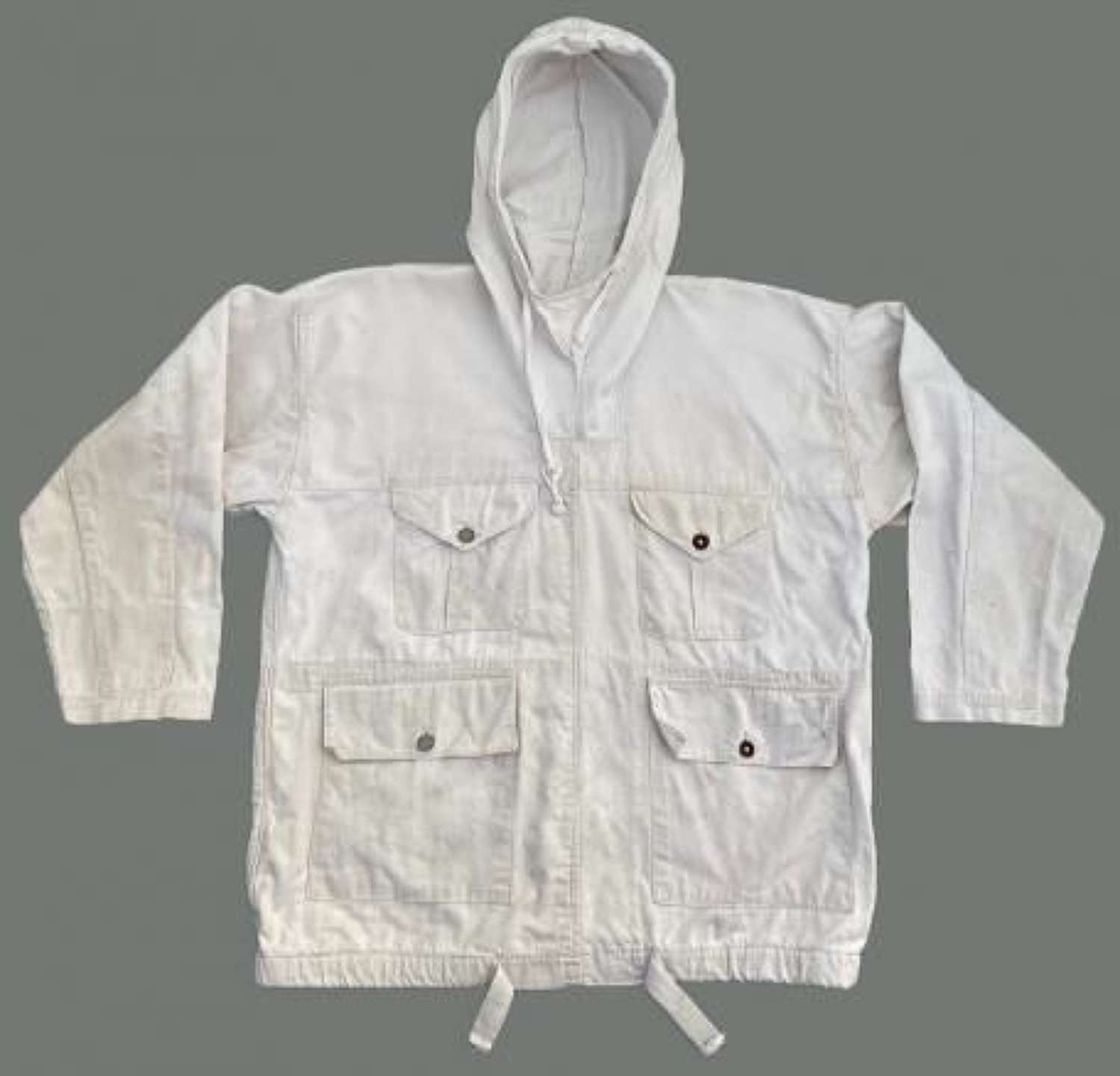 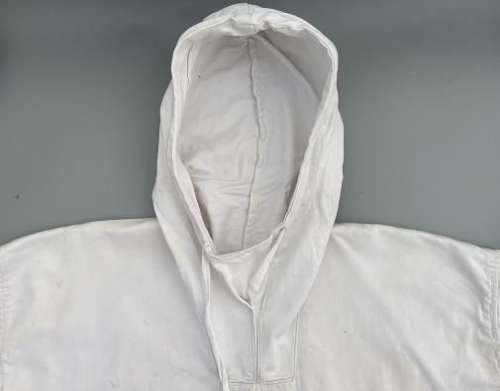 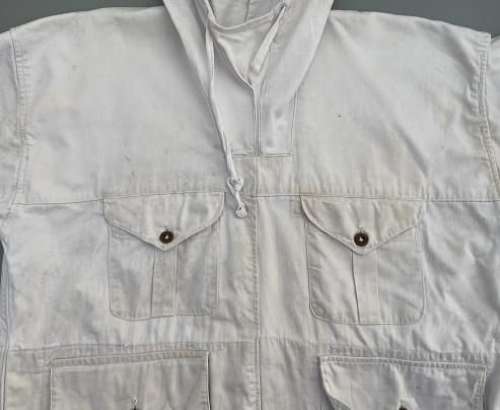 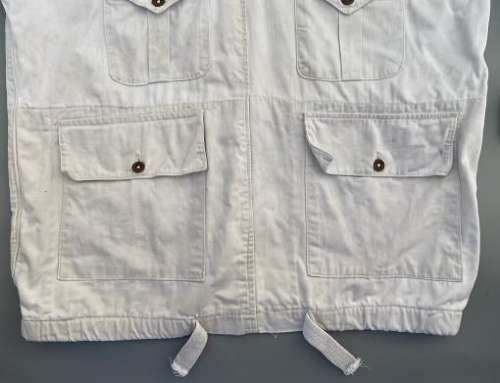 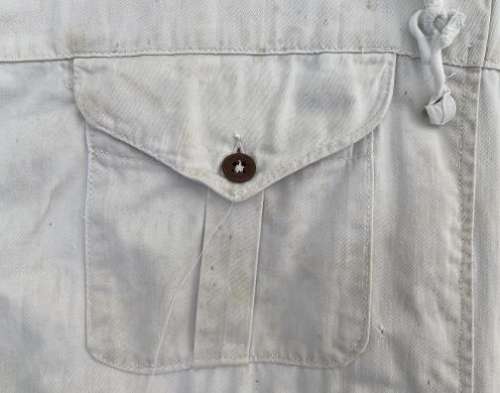 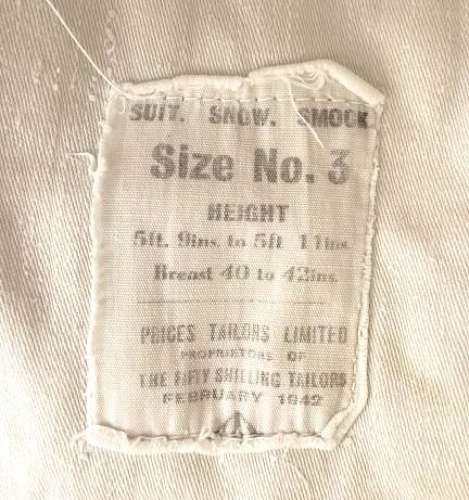 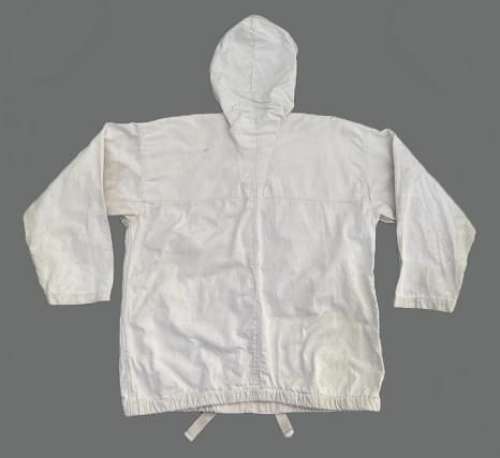 The smock follows the standard design of used on all British Windproof Suits during the Second World War and formed a set with the matching trousers listed below. Made from a hard wearing white cotton, the smock features four buttoning pockets to the front, a hood which closes with a drawstring whilst a second drawstring is located along the bottom edge.

Inside the smock still retains its original issue label which is still bright and legible. It states the manufactures name as 'Price Tailors Limited Proprietors of The Fifty Shilling Tailors'. The size is stated as No.3 which will fit a 40-42" chest and up to a height of 5' 11". The War department broad arrow marking is present as is the date of February 1942.

The smock is in good condition with no signs of real use or wear meaning it may be unissued. It does have some marks and staining, most likely from storage. Overall it displays well.

A nice example of this wartime pattern of smock with a clear, early date. This would make a great addition to any collection!