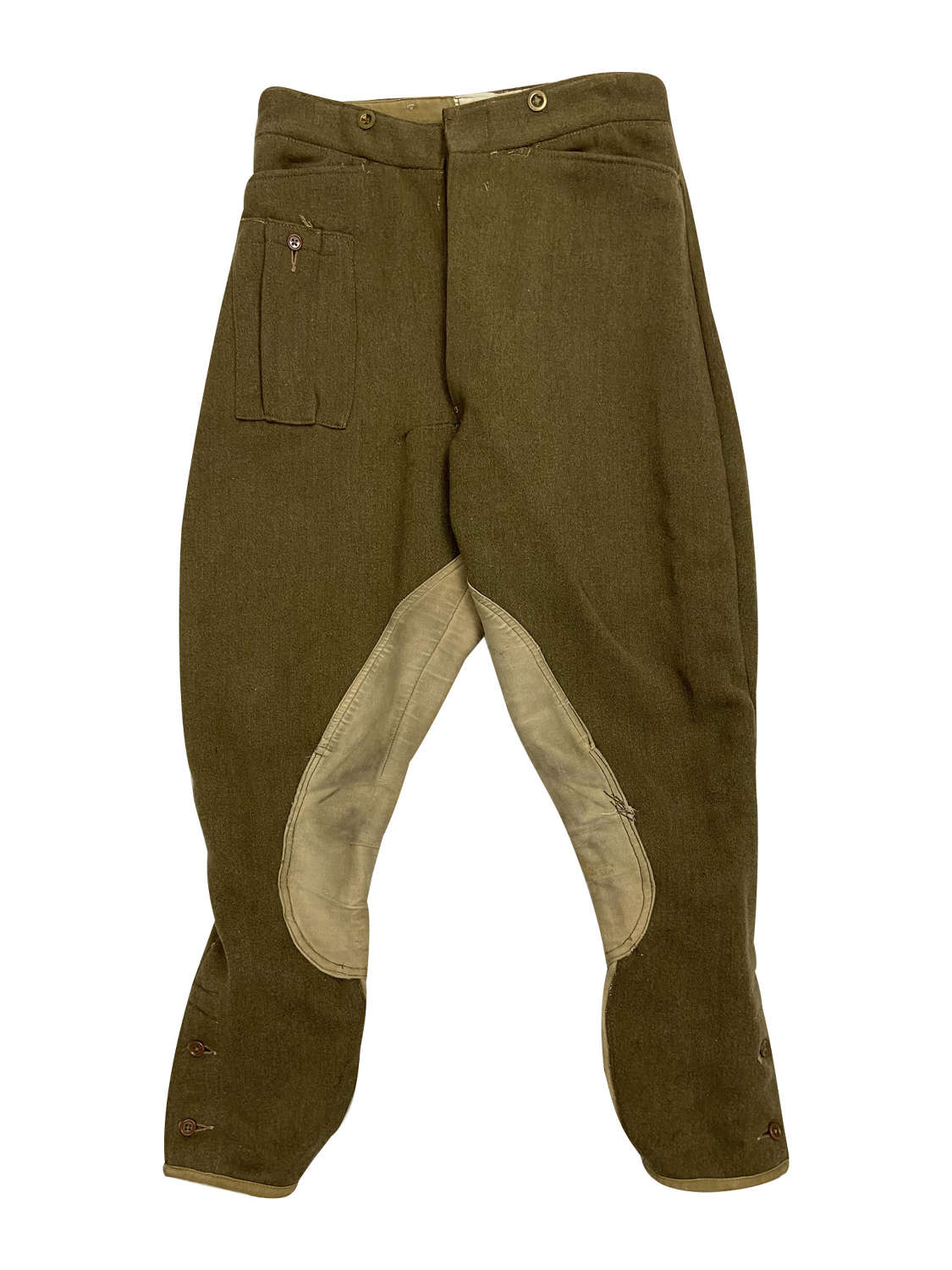 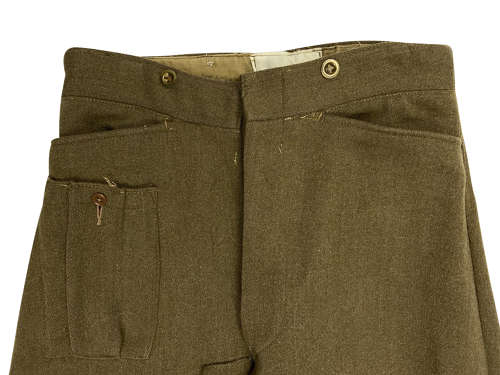 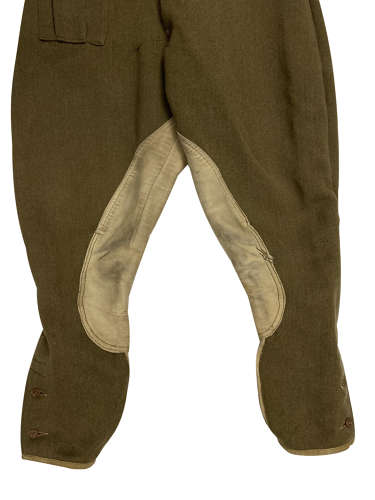 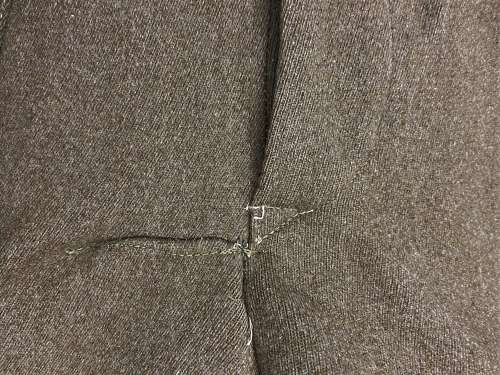 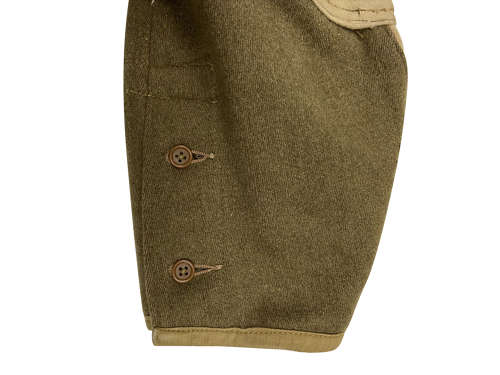 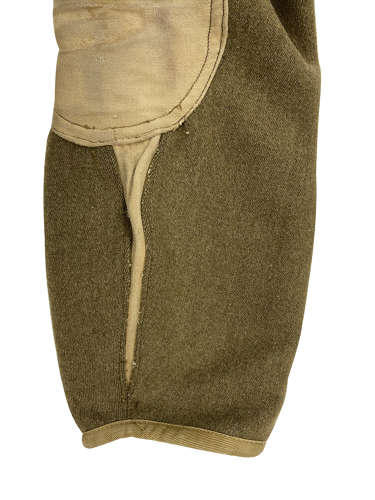 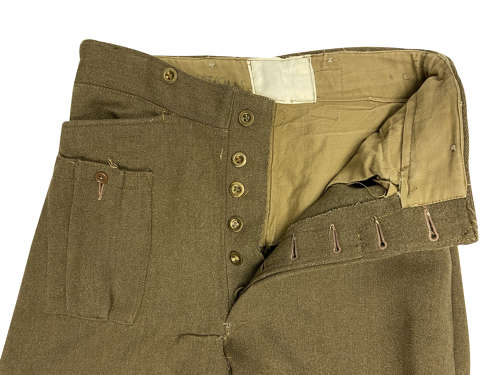 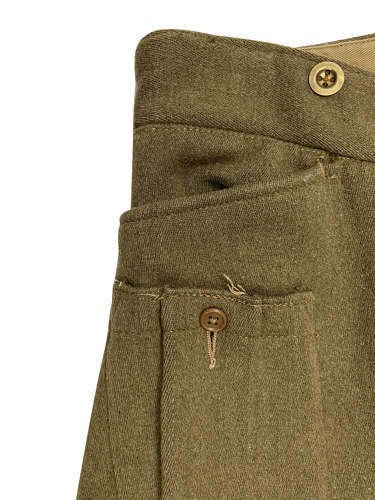 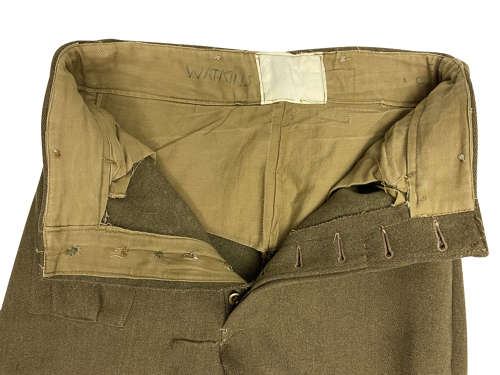 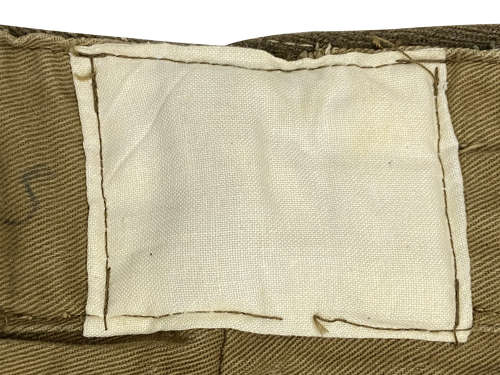 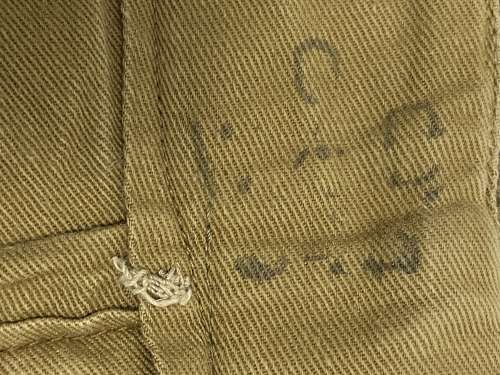 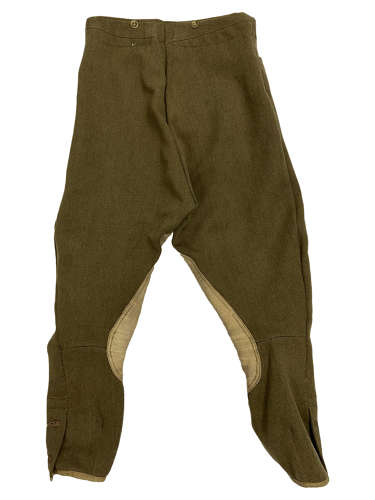 An original pair of 'S.D. Pantaloons, Motor Cyclists' dated 1942 and in good condition.

This pattern of breeches came into service with the British Army in 1941 following a call for motorcyclists to have proper clothing to suit their role. These early war breeches are made from the heavier whipcord material and feature brass buttons to the fly and around the waist for braces. Frog mouth pockets are situated to the front of the trousers below which is a first field dressing pocket on the right hip. It fastens with a single horn button. The same buttons can be found at the calf opening. Above these are buff leather patches stitched to the inside legs which are designed to stop this area from wearing. The crotch features an interesting construction with a short seam running at 90 degrees from the bottom fly as detailed in the pictures.

The calf of the breeches have been altered in a way to allow them to fit a larger leg. These breeches are often very narrow and the conversion looks to be period. This alteration could be ideal for a re-enactor.

The interior of the breeches features the War Department broad arrow marking which is surmounted by the letter 'O' which denotes 1942 as the year of issue. The original label is also present but is sadly washed out with no details left visible.

The breeches are in very good condition as is clear in the pictures. They exhibit next to no signs of wear or use with even the suede thigh patches being relatively free of marks and stains. They are of course a vintage item of almost 80 years old so may have small issues commensurate with this.

A nice pair of original DR Breeches in great condition which are ideal for the collector and re-enactor alike!