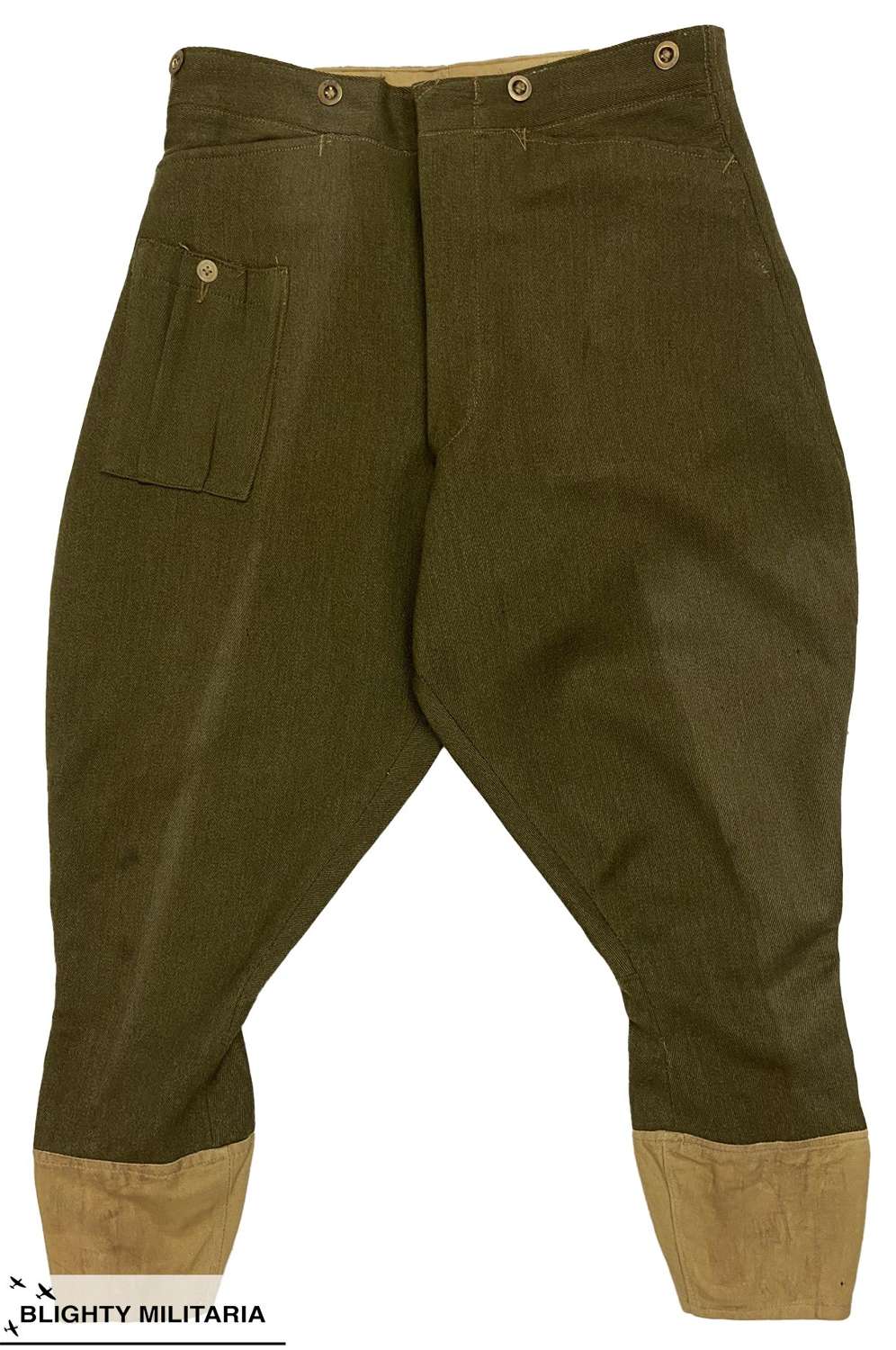 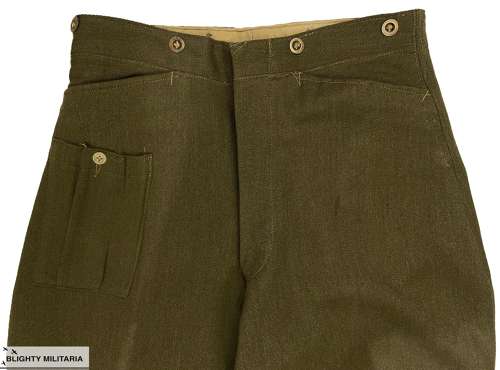 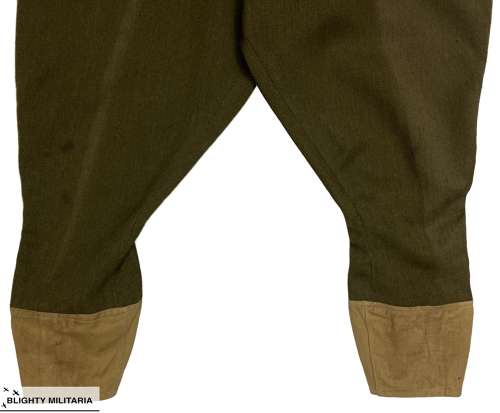 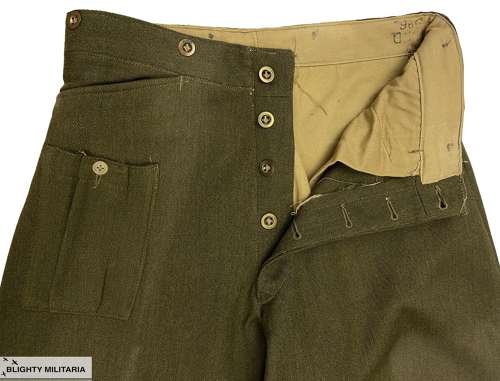 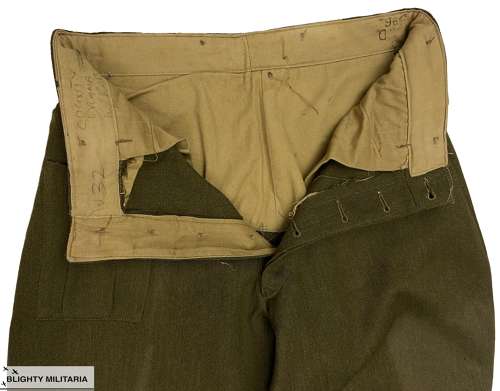 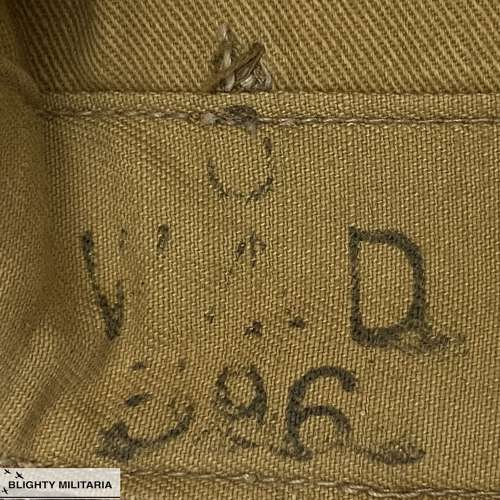 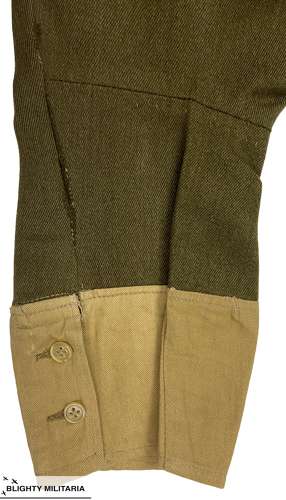 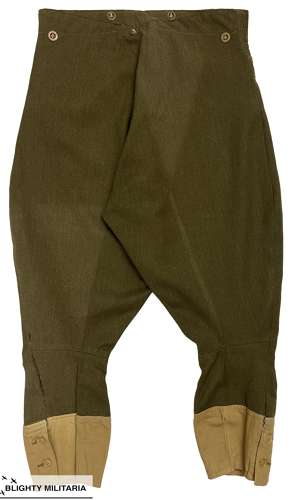 The interior of the breeches features the War Department acceptance stamp which is surmounted by the letter 'O' which denotes 1942 as the year of issue.

The breeches are in good condition overall and they display reasonably well with no serious damage. There is some fading which is evident in the pictures as well as a slight loss of stitching along the outside of the left leg although the second line of stitching is still intact. Please study the pictures before purchasing and bear in mind that these are a vintage, pre-worn item which have small issues commensurate with age.

Altogether a fairly good pair of breeches dating from the first half of the Second World War.