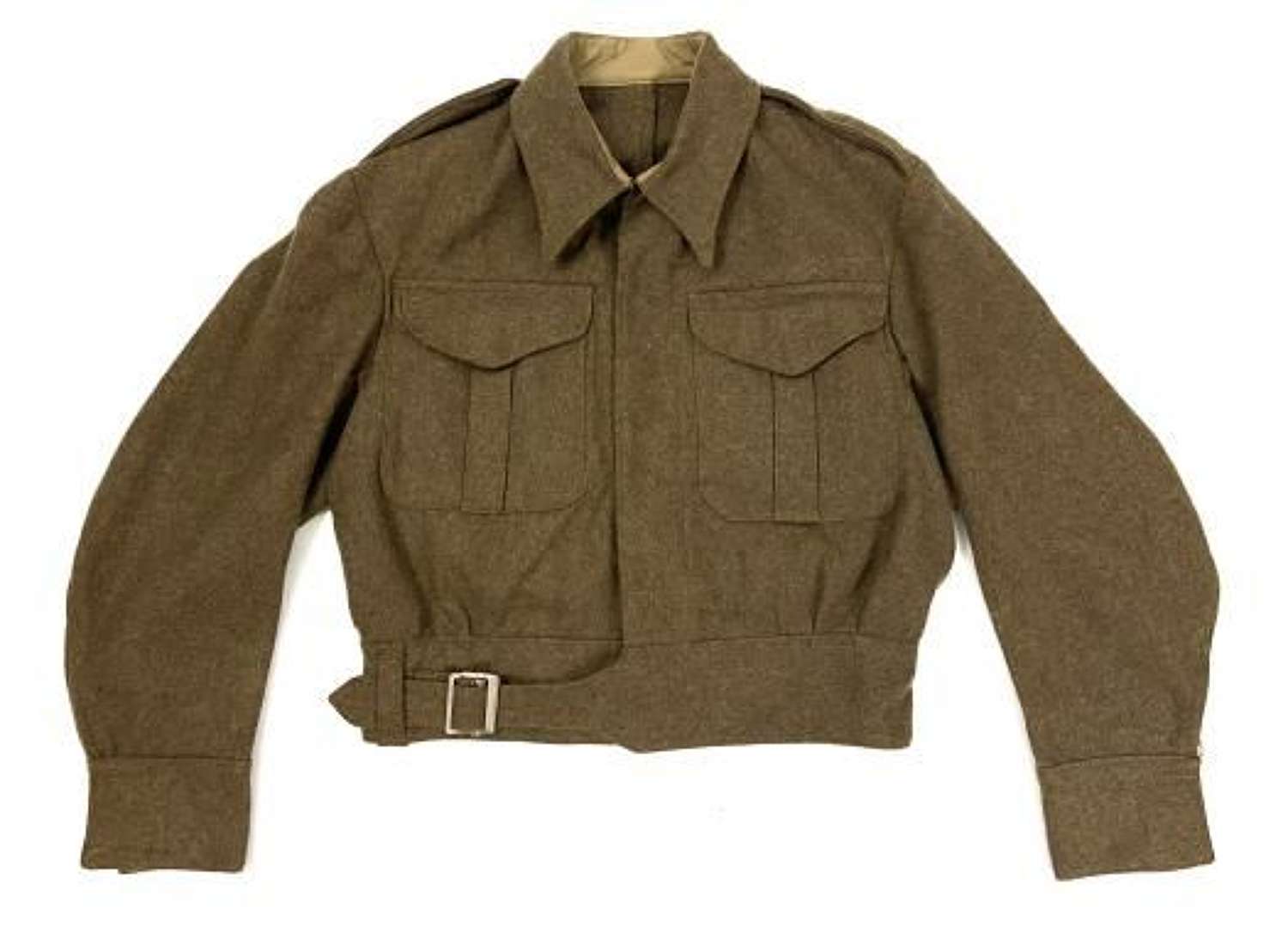 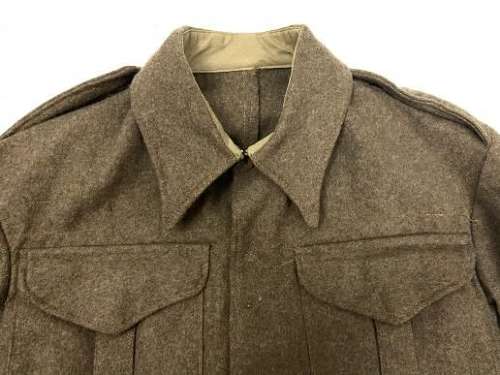 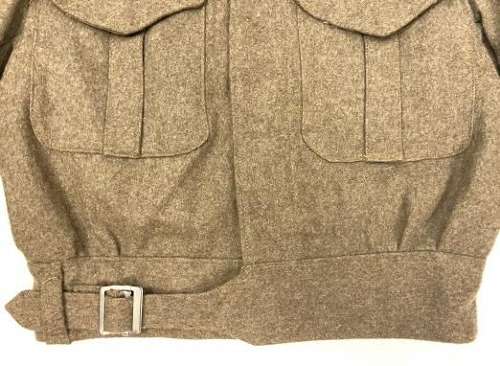 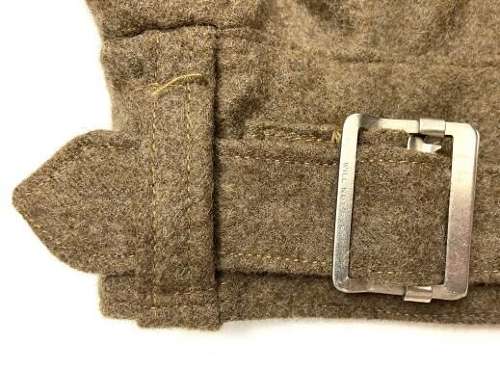 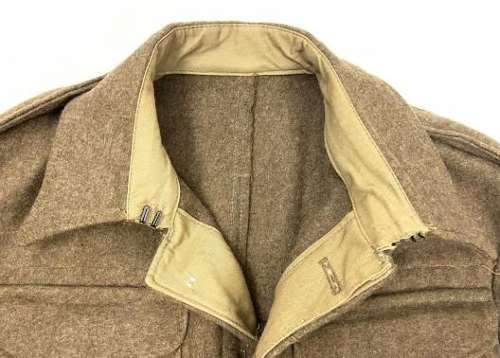 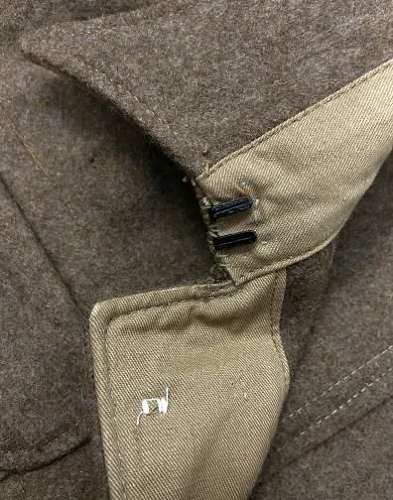 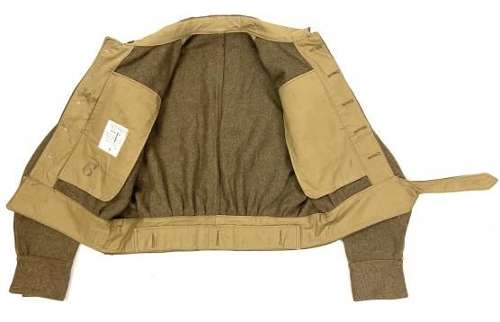 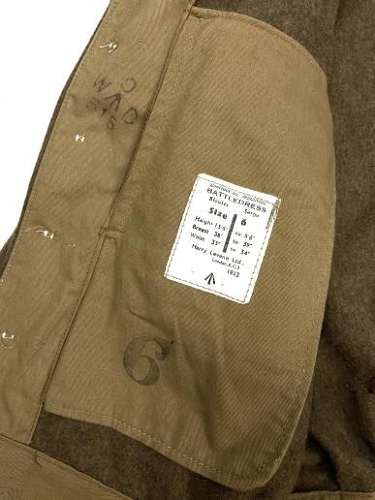 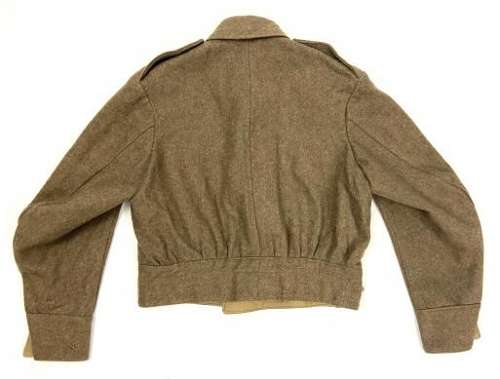 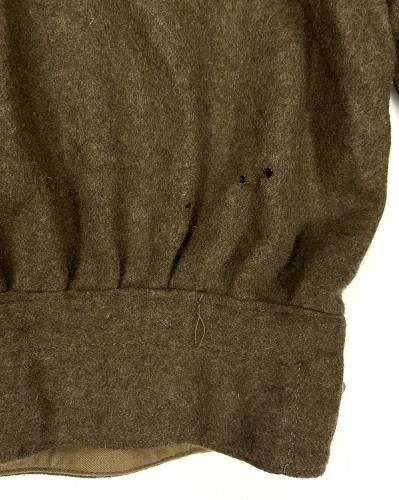 An original 1940 pattern British Army Battledress Blouse dated 1942 and in a size No. 6.

This pattern of battledress blouse came into issue with the British Army in late 1940 and was used throughout the rest of the Second World War.The jacket features two interior pockets and a chromium plated buckle as used on later production examples such as this.

The original label is still present to the inside of the jacket and is as bright and legible as the day it left the factory. It states the size as No.6 which will fit a 38 - 39" Chest and a 33-34" waist. The makers name of Harry Levene Ltd is present as is the 1942 date and the War Department broad arrow marking.

As well as this, the War Department acceptance stamp is present and is surmounted by the letter 'O' which denotes 1942 as the year of issue.

The jacket was clearly never issued from stores. The serge still retains all of its 'nap' and is bright and fluffy whilst the cotton drill lining is bright and as it would have been when new. Somebody has moved the original brass buttons which fasten the front across as can be seen by the white thread used to reattach them. There are also a couple of moth nips with the worst being a cluster of three to the rear which are detailed in the photographs. There are a number of other very small holes across the jacket but they are only noticeable on very close inspection.

Altogether a very nice un-issued battledress blouse which aside from a few moths nips its virtually as it would have been when new. Ideal for the collector and re-eanctor alike!