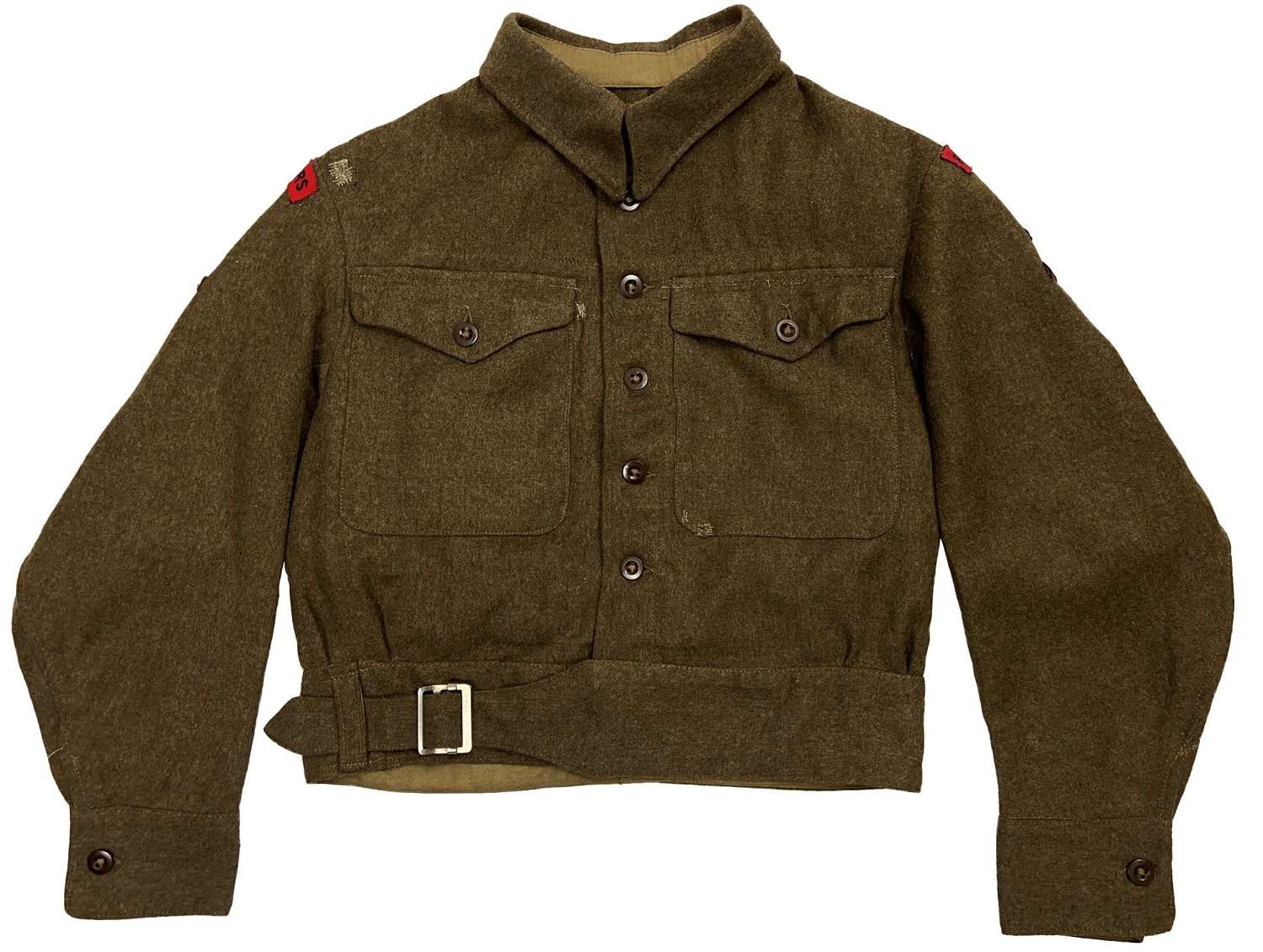 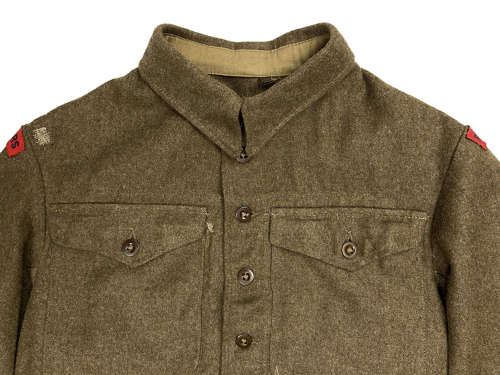 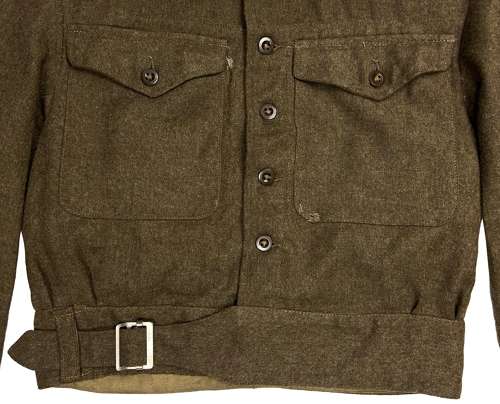 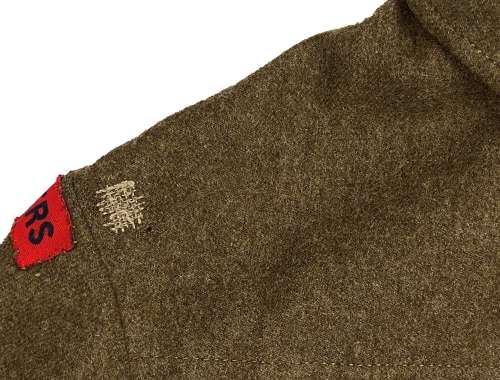 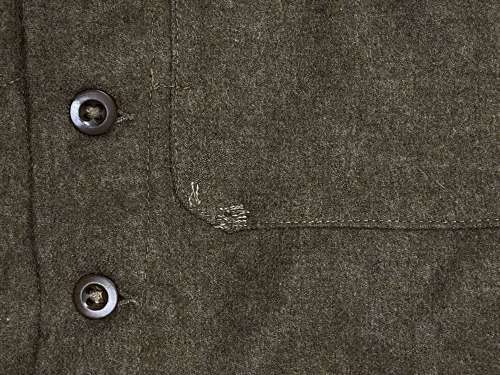 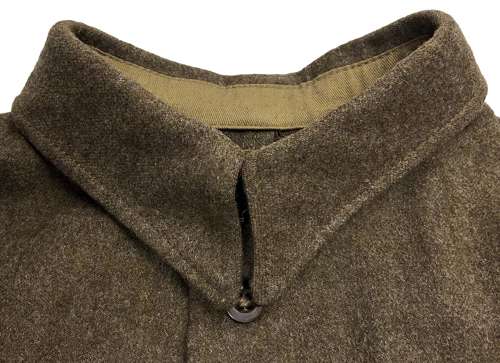 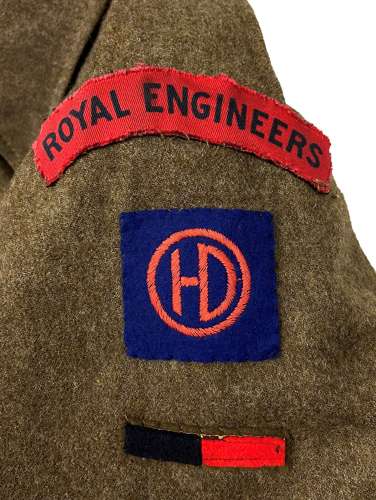 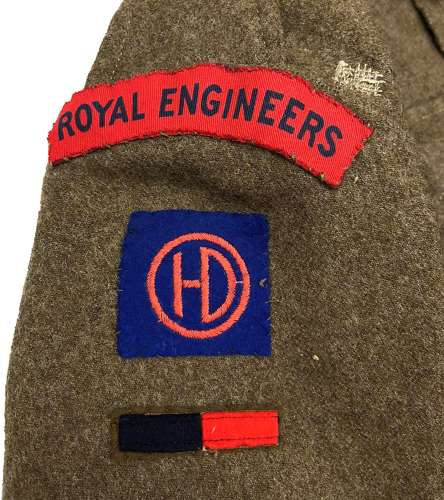 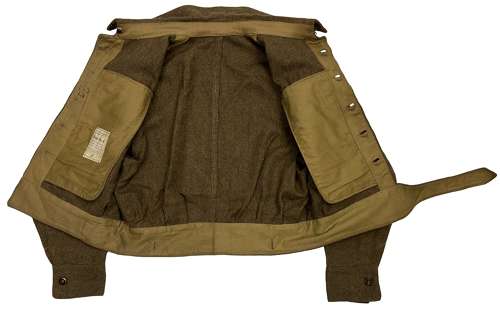 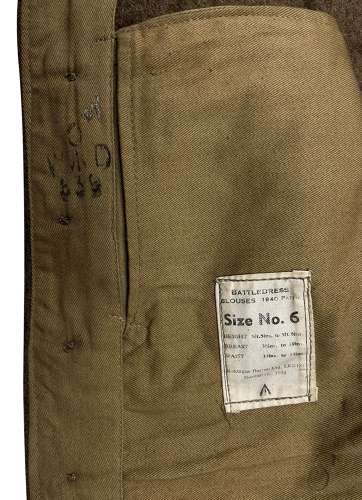 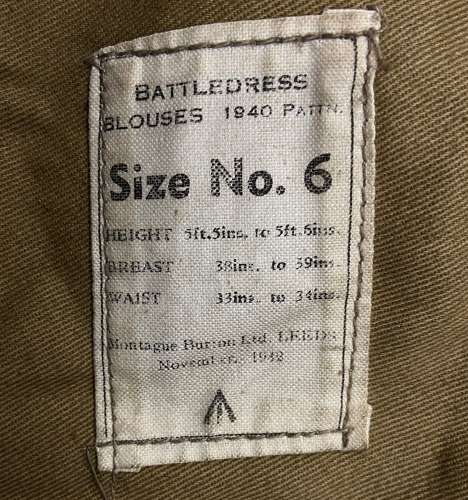 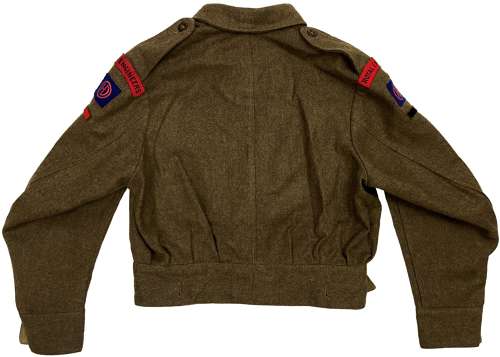 This pattern of jacket was introduced in 1942 as an austerity pattern, replacing the earlier 1940 pattern which had a fly front and flapped pockets. This utility pattern has exposed buttons to the front and pockets which saved on time and materials. Due to it being of early manufacture the jacket features two inside pockets and chocolate brown buttons. The collar has been fitted with an extra hook and eye to fasten it tightly, giving it a smarter appearance. This is a typical period modification which can be seen in numerous period photographs.

Inside the jacket the original label is still present and is bright and legible. The size is stated as 6 and the manufacturer as 'Montague Burton LTD Leeds'. The date of November 1942 is present as is the War Department broad arrow marking. There is also a War Department acceptance stamp which is surmounted by the letter 'O' which confirms 1942 as the year of issue.

The jacket is in good condition as can be seen in the pictures. It has numerous period repairs which would suggest the jacket has seen a reasonable amount of action. Overall it displays very well.