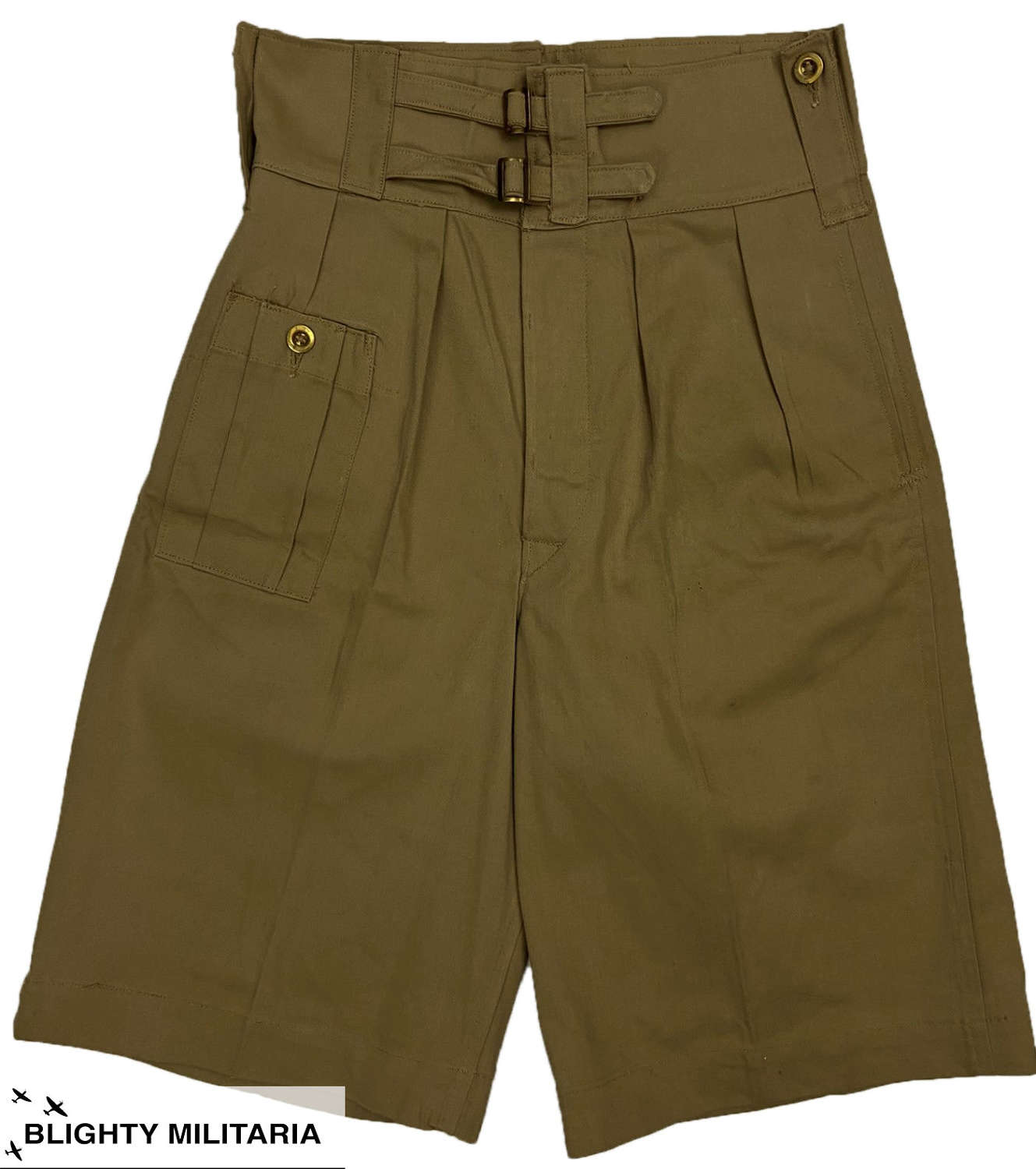 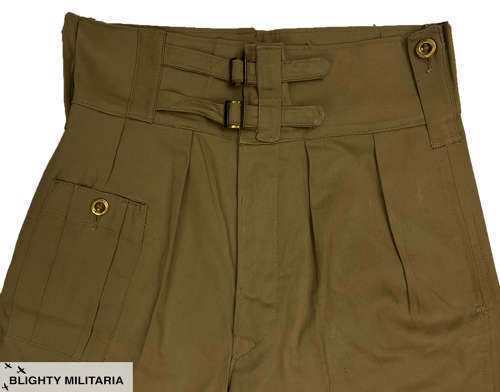 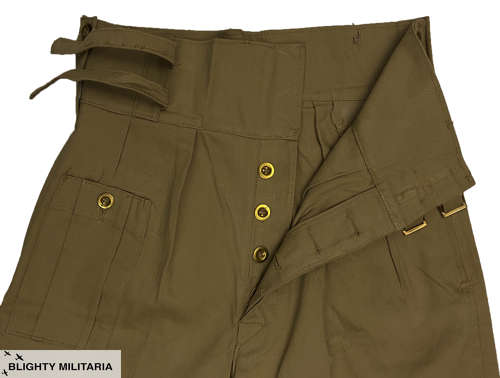 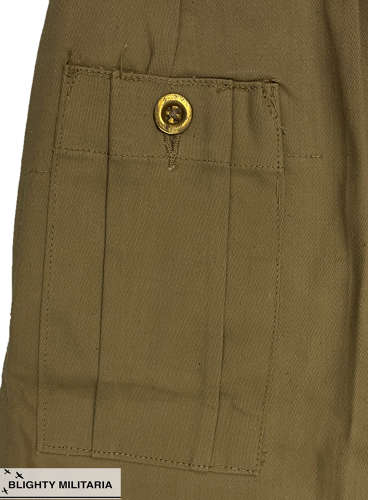 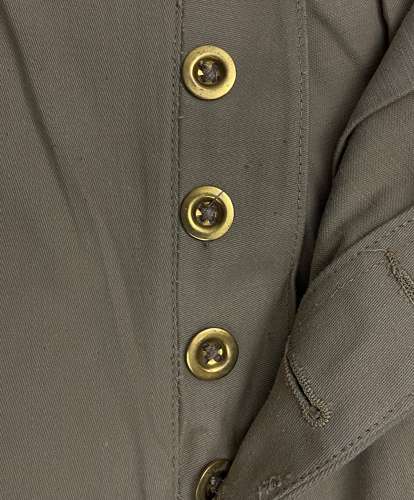 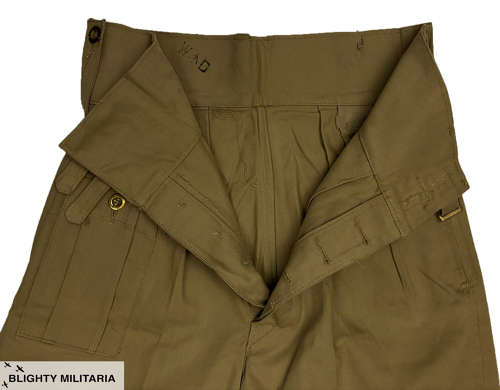 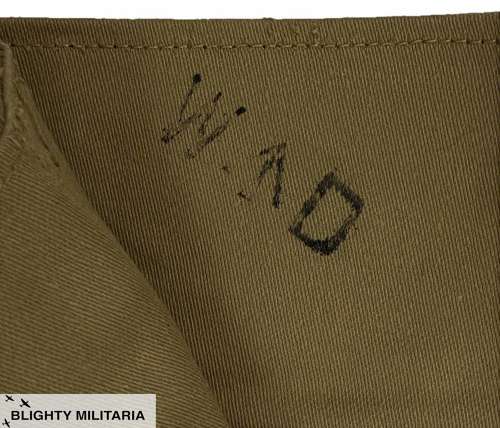 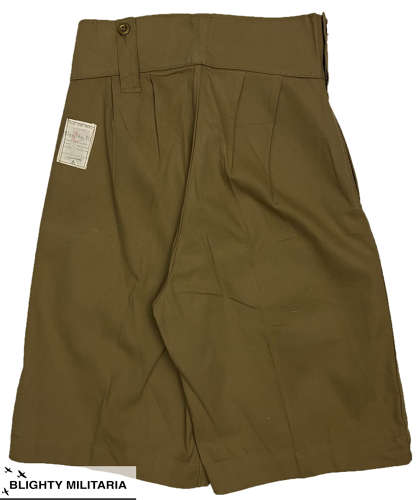 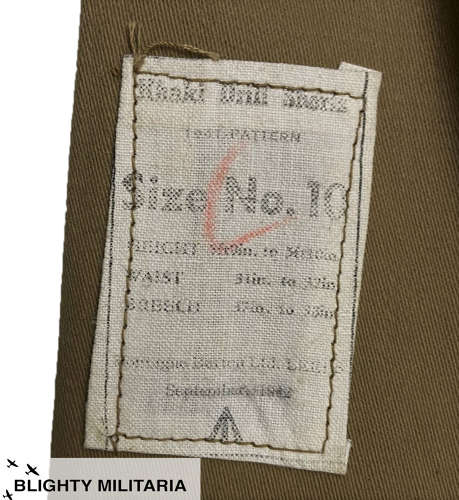 Unlike a lot of KD items offered onto the market today, these shorts are clearly British made and much rarer than theatre made examples. They are the standard 1941 pattern with the first field dressing pocket placed on the right hip, brass buttons and the double belt and buckle closure to the waist.

This pattern of shorts saw widespread issue throughout the Second World War with the British Army, RAF and Royal Navy amongst others. They are made from a light tan coloured cotton drill which is well suited to the tropics, being issued to troops in North Africa, the Far East, Italy and the Mediterranean throughout the conflict.

The original label is still present to the rear of the shorts and states the size as 10. The date of September 1942 is also present as is the War Department broad arrow marking.

The shorts are in excellent condition as can be seen in the pictures. They have clearly never been issued or worn and would be very hard to better. They are of course a vintage item so many have small issues commensurate with age.

A great example of this pattern of wartime shorts which would be very hard to better!