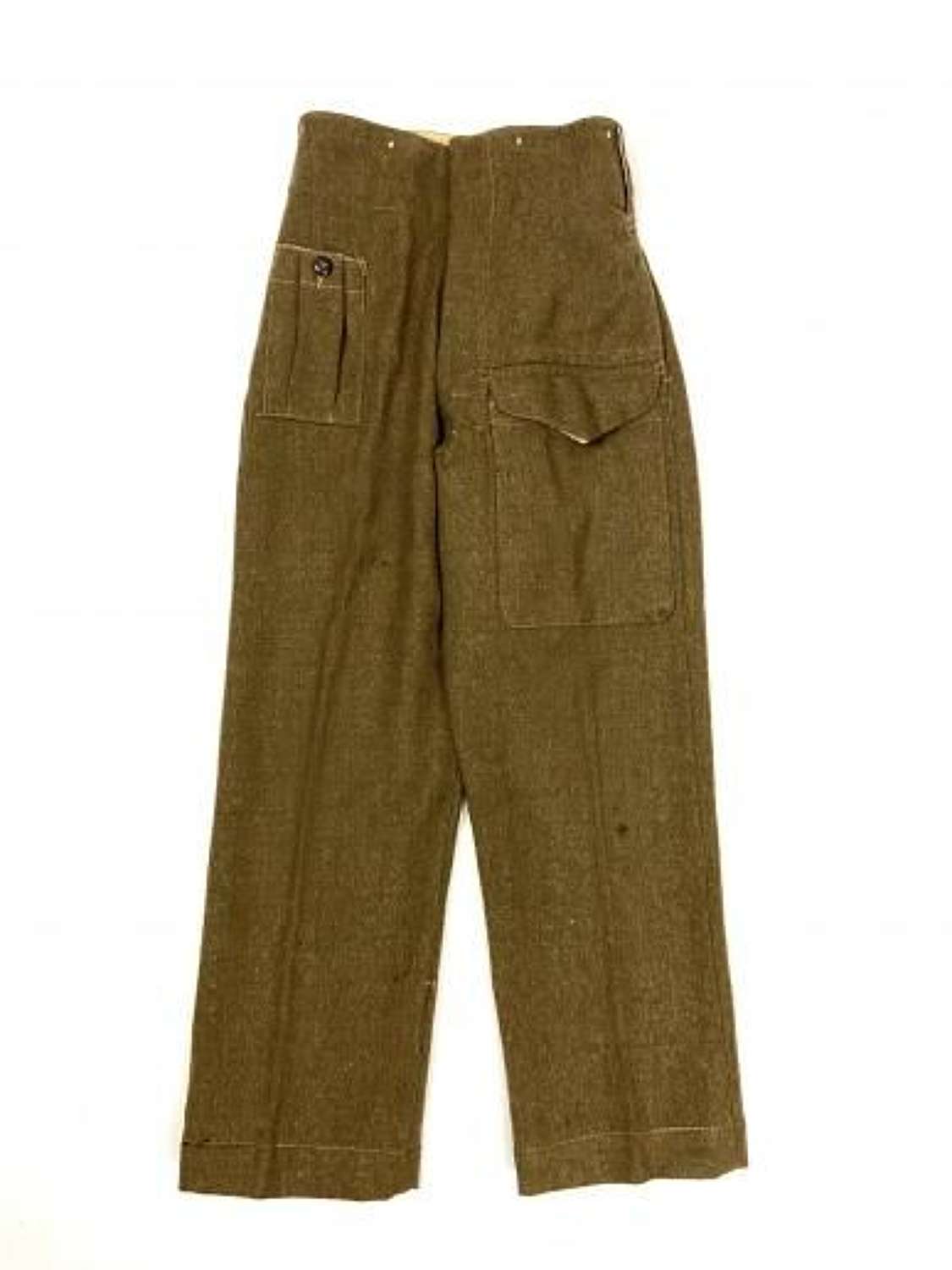 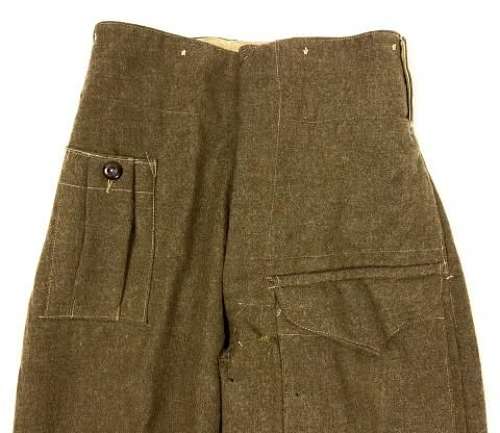 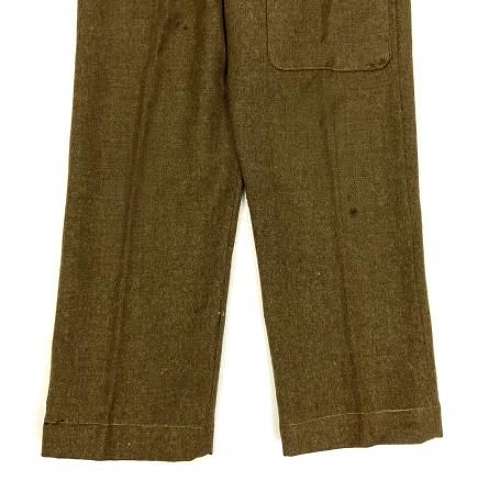 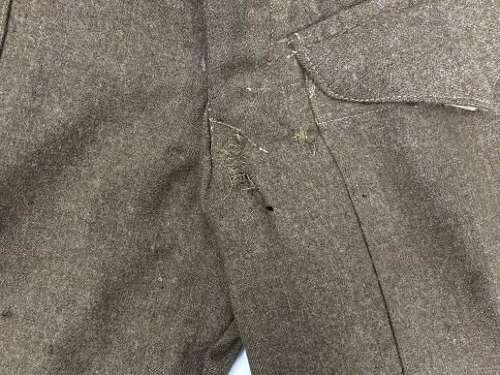 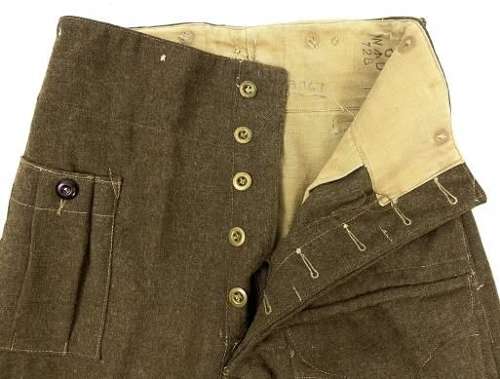 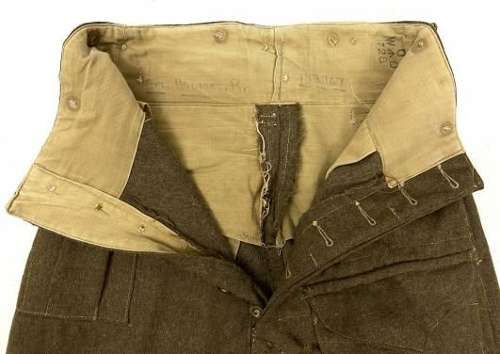 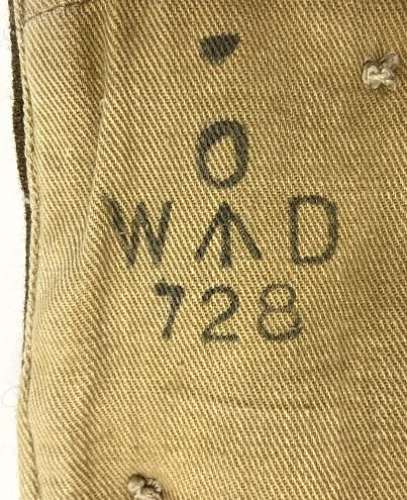 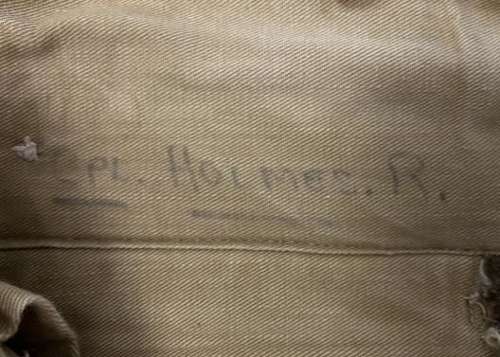 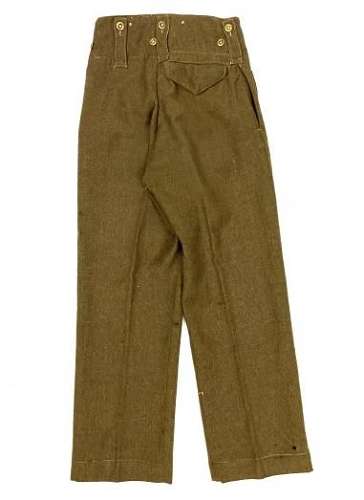 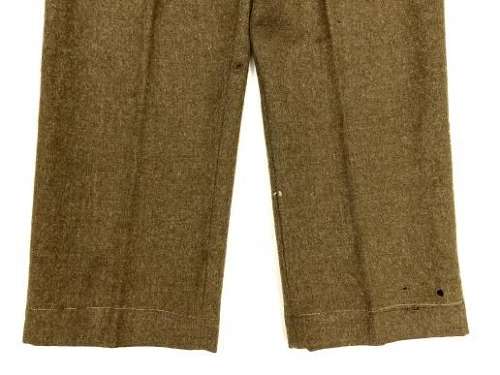 An original pair of 1940 pattern battledress trousers dated 1942 and in average, worn condition.

This pattern of trousers came into use with the British Army in the immediate months after the withdrawal from Dunkirk and saw issue throughout the rest of the Second World War. They are often referred to as '1937 pattern' or 'second pattern' by collectors.

This particular pair do not have an issue label but do have a nice clear War Department Stamp surmounted with the letter O denoting 1942 as the year of issue. They also bear the original owners name and number which reads '14881167 Cpl Holmes. R'.

The trousers are in average condition for a pair of issued, clearly field worn, original trousers. There are some repairs to the crotch and a variety of holes; namely to the bottom of the left leg the knee and the crotch. Please study the pictures to ascertain the best idea of condition.

Altogether a reasonable pair of original wartime British trousers with a price to reflect the condition.