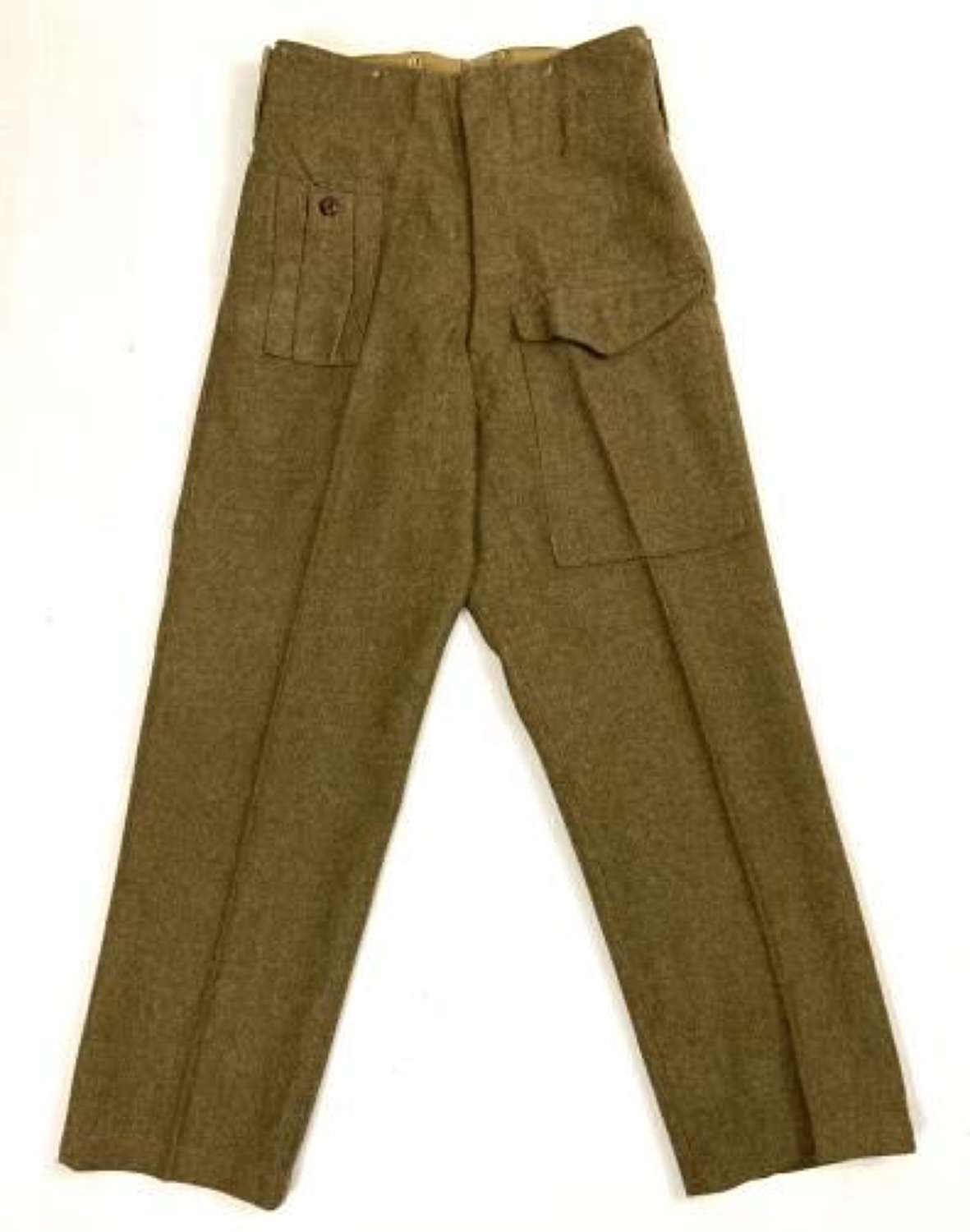 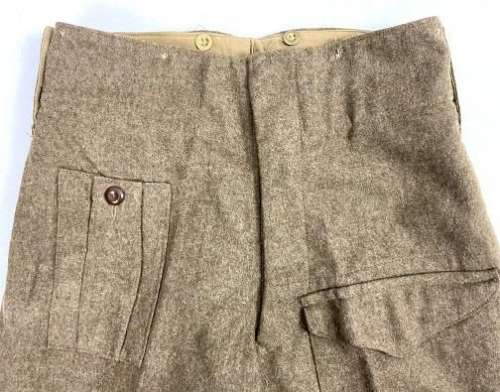 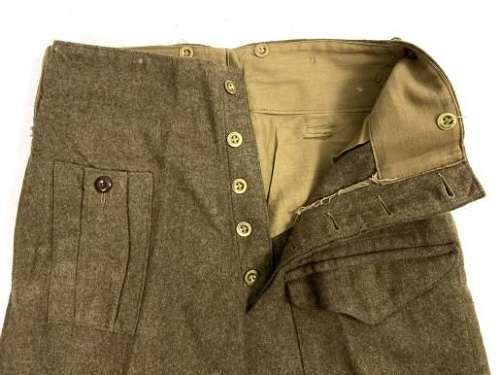 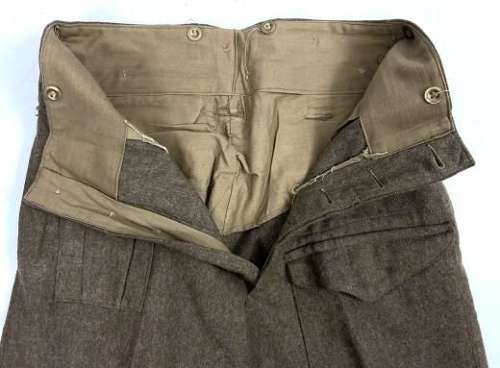 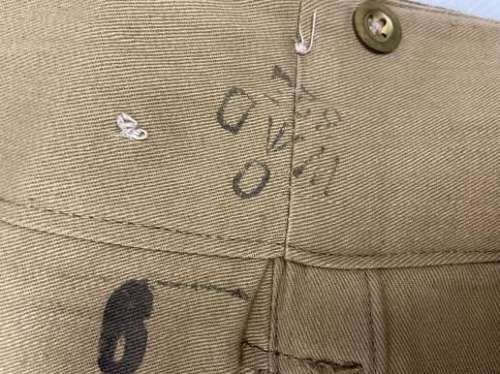 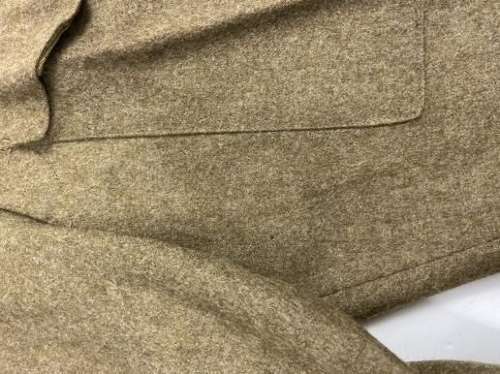 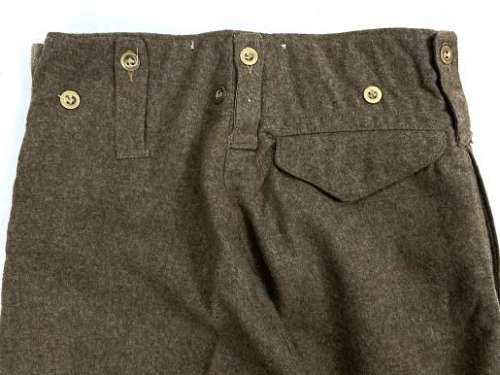 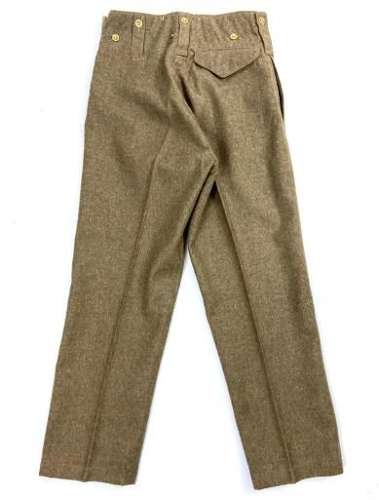 SOLD
An original pair of 1940 pattern battledress trousers dated 1942 and in stunning condition.

This pattern of trousers came into use with the British Army in the immediate months after the withdrawal from Dunkirk and saw issue throughout the rest of the Second World War. They are often referred to as '1937 pattern' or 'second pattern' by collectors.

This particular pair do not have an issue label but do have a nice clear War Department Stamp surmounted with the letter O - denoting 1942 as the year of issue.

The trousers are in fantastic condition as can be seen in the pictures. All the original brass buttons are present with no replacements etc. The nap of the serge is fantastic and is still think and fluffy as they would have been from new. There are virtually no signs of wear and they display incredibly well. The only flaw is a tiny hole near the crotch which you can only just see and is detailed in the pictures. There is an even smaller one on the other leg but you have to have go eyesight to see it!

Altogether a fantastic pair of original wartime British trousers which would be extremely hard to better!