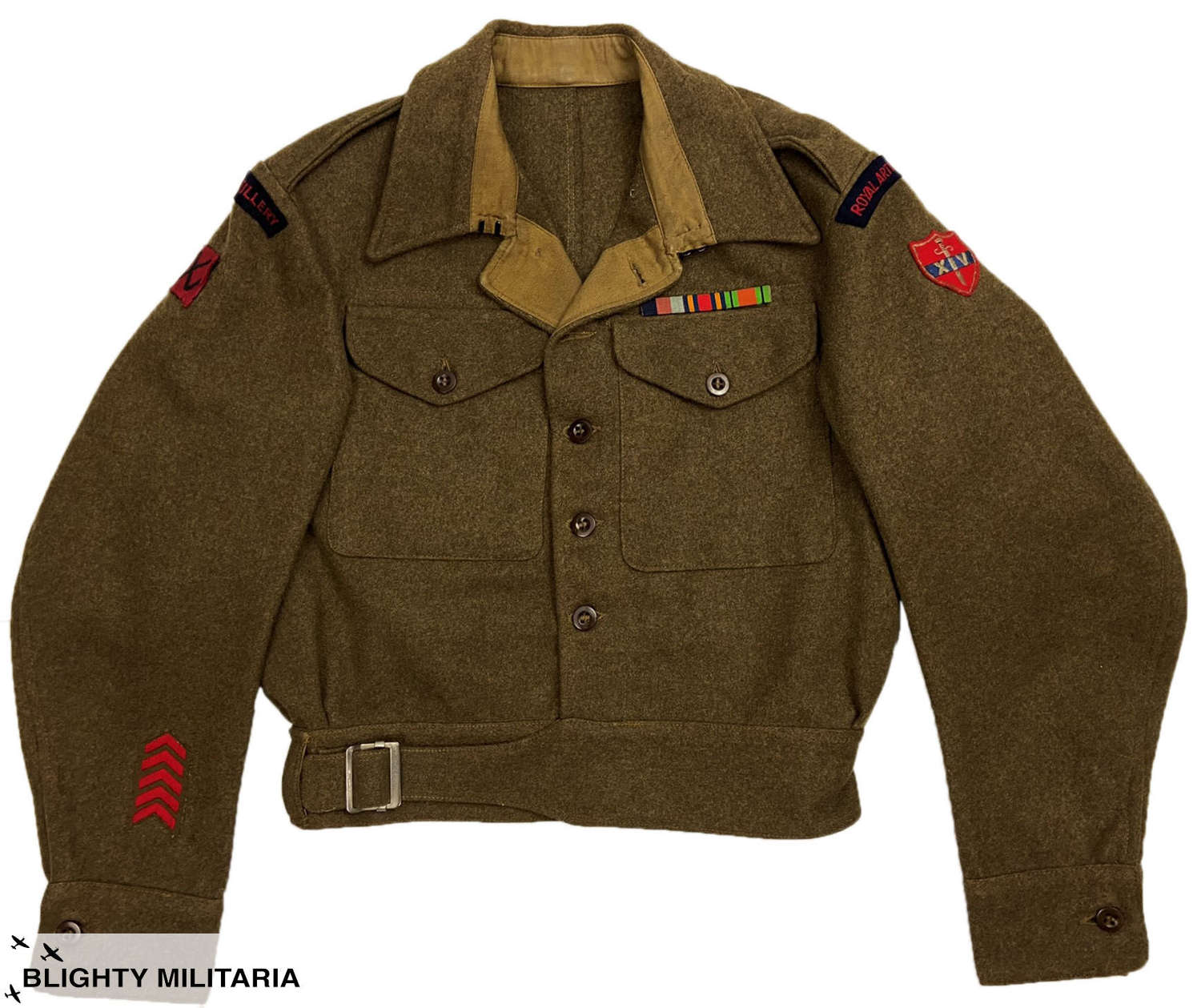 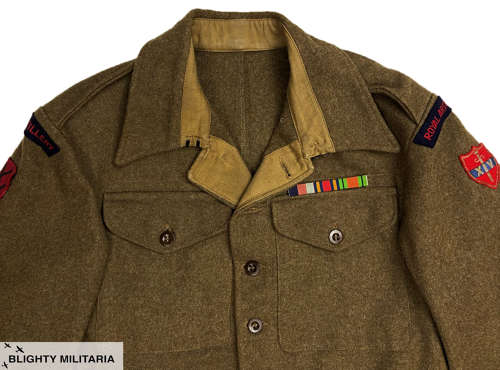 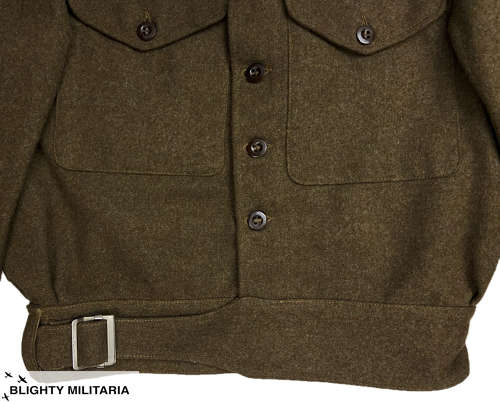 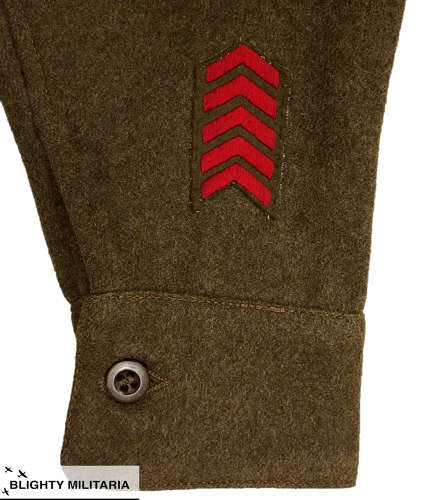 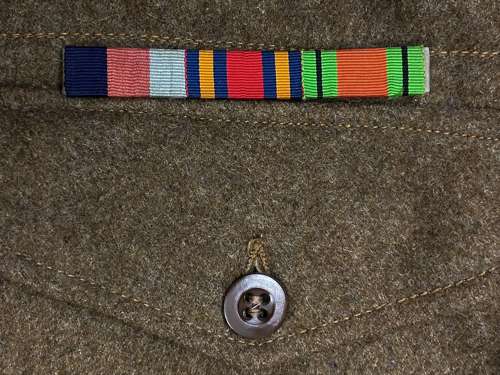 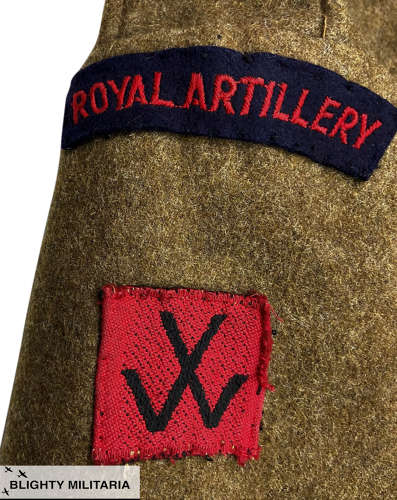 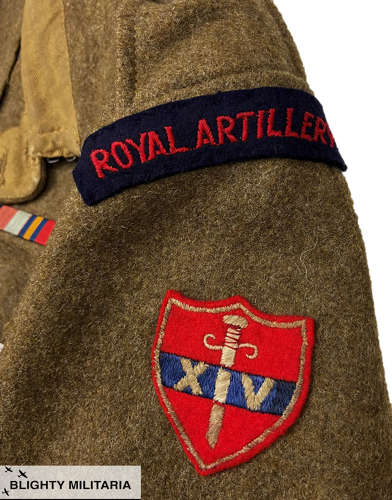 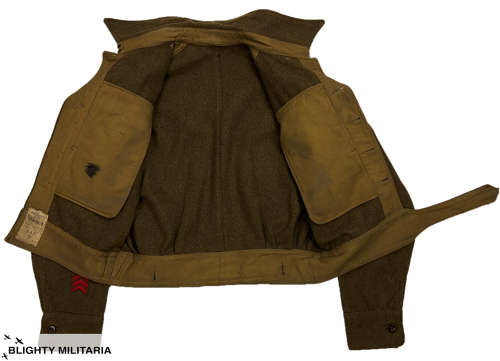 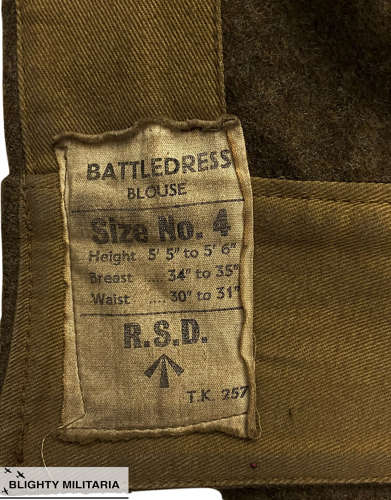 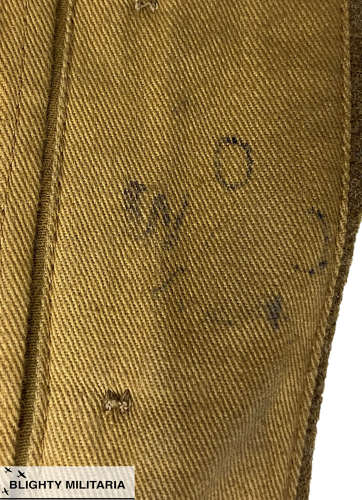 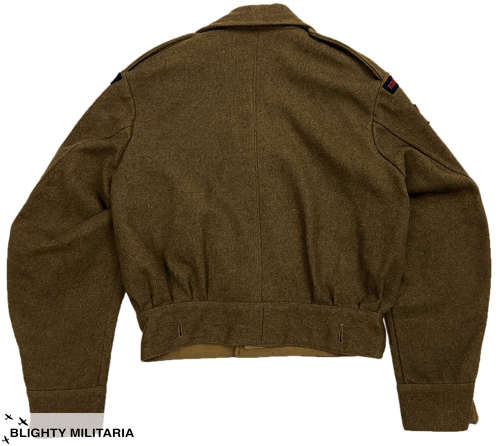 An original 1942 dated British Army 1940 Pattern (Austerity) Battledress Blouse which belonged to a member of the Royal Artillery who served with the 14th Army in Burma during the Second World War.

This pattern of battledress jacket was introduced in 1942 to replace the early 1940 pattern jacket. It features exposed chocolate brown coloured buttons as are often found on early manufactured examples such as this. There is a War Department acceptance stamp which is surmounted by the letter 'O' which denotes 1942 as the year of original issue.

The jacket is fitted with a full set of original insignia which appears to be period-applied. The top of the sleeves feature theatre made Royal Artillery shoulder titles below which is a XV Corps formation badge on the right sleeve and a 14th Army formation badge on the left sleeve. The lower right sleeve features 5 long service chevrons and medal ribbons are fitted to the chest which include the Burma Star which fits well with the other badges.

Inside the tunic the original label is present, although being a re-issued example it is not the label the jacket it had when it left the factory. Many jackets went through a reconditioning process during the war and were relabeled such as this one. They always have the label in this position near the waistband and the maker's initials 'R.S.D'. There is no date on the label but it most likely dates from 1945, based on the condition, badges and medal ribbons.

The jacket is in nice condition and displays well. There are some signs of wear, many to the interior. Overall it is a very nice jacket but please take time to study the pictures before purchasing.

A nice original British Army battledress with original badges. This would make a great addition to any BD collection!