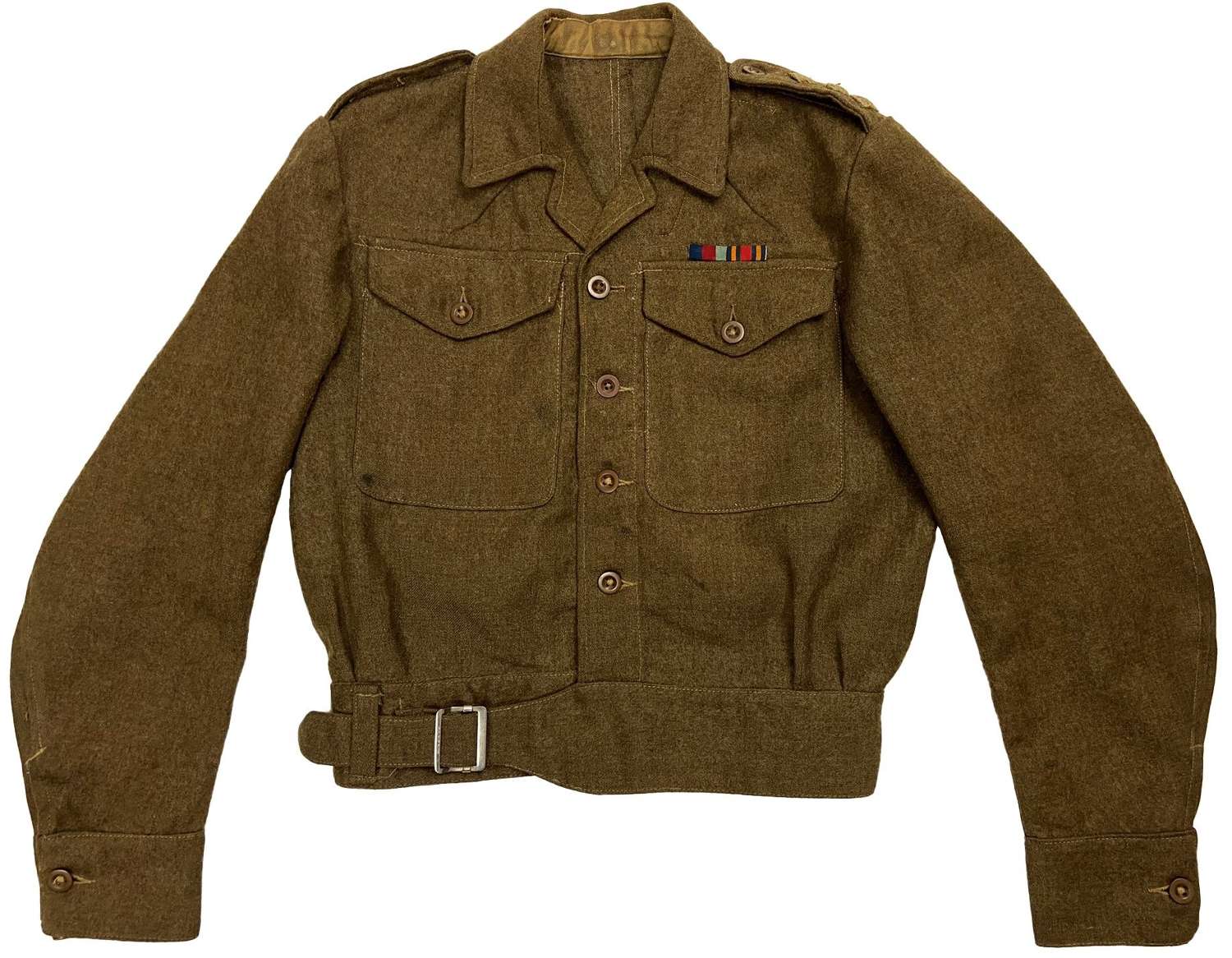 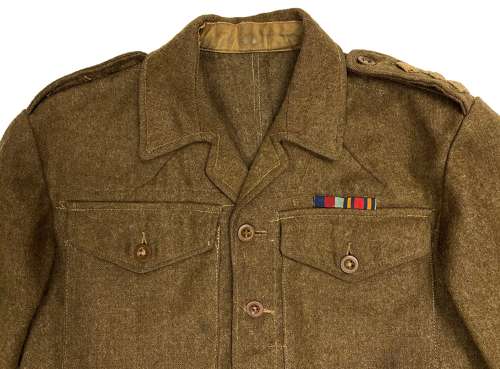 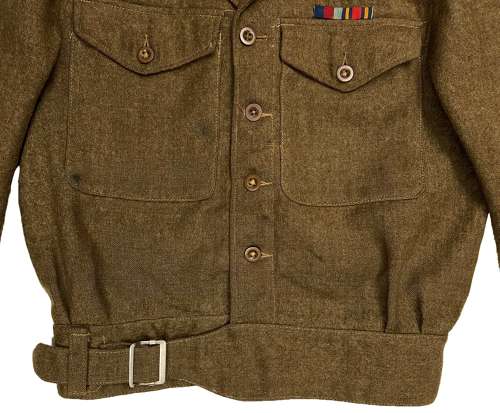 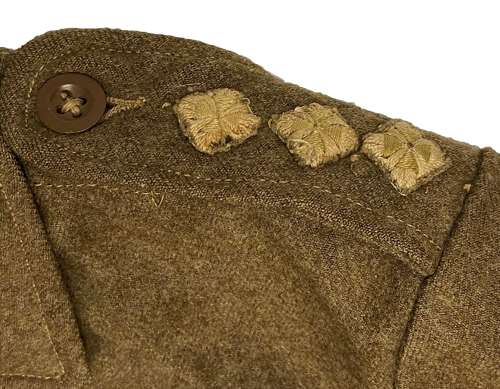 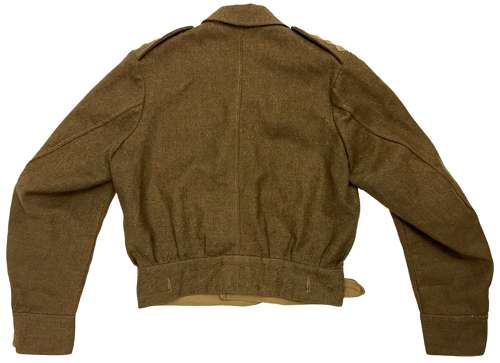 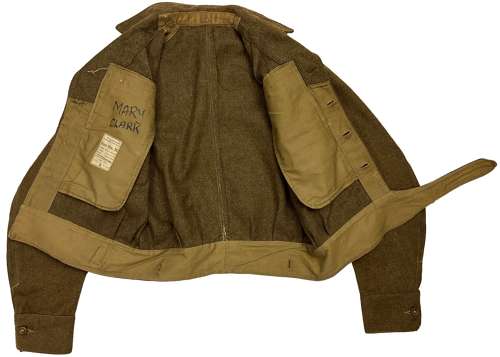 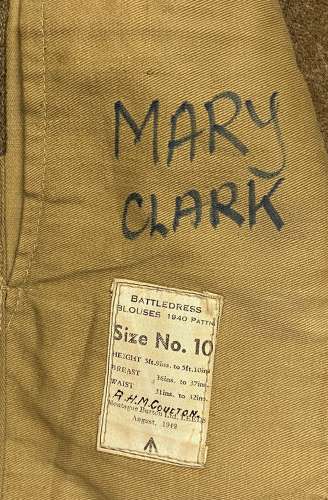 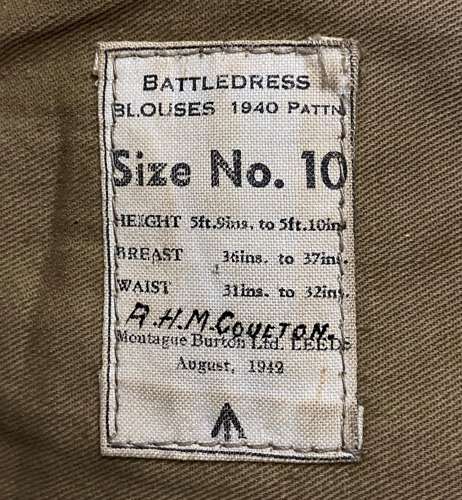 This particular example may well have originally been used by a member of the ATS. Women serving with the Auxiliary Territorial Service were often issued men's battledress and in the case it may have been used as there wasn't a suitable size of ATS battledress available. The name inside as well as the use of khaki pips to the eppaulates could indicate this. Khaki pips were discontinued for use with the British Army in 1941 only staying in service with the Home Guard and the ATS.

The collar of the jacket has been very nicely tailored to sit open and show the shirt and tie which would be worn underneath. This is a typical conversion seen on officers battledress in the latter part of the Second World War and would suggest that the officers pips are original to the jacket. Being a 1942 dated example the jacket is fitted with chocolate brown buttons as are usually found on early production examples. A chromium belt buckle is fitted to the waist and two medal ribbons are attached to the chest which denote that the original owner served in the Far East campaign.

Inside the jacket the original label is still present and is bright and legible. It states the size as No.10 and the manufacturer's name as 'Montague Burton Ltd, Leeds'. The date of August 1942 is present as is the War Department broad arrow. A name has been added in ink to the label which reads 'A. H. M. Coulton and a second name has been written above the label which reads 'Mary Clarke'.

The jacket is in good condition as can be seen in the pictures. It displays very well with some signs of wear and use and some slight staining.

A very nice original wartime battledress jacket which would make a good addition to any WW2 collection.