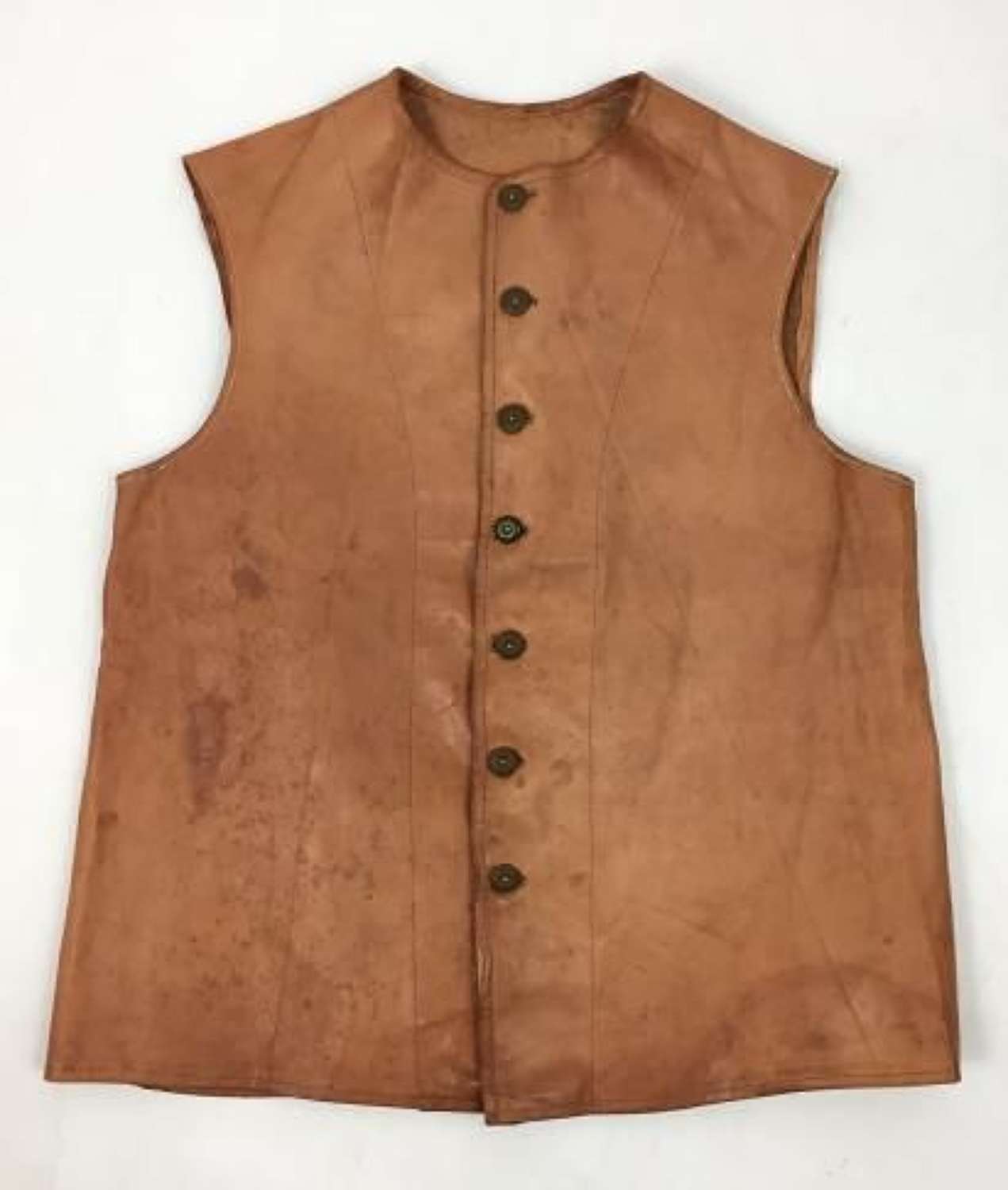 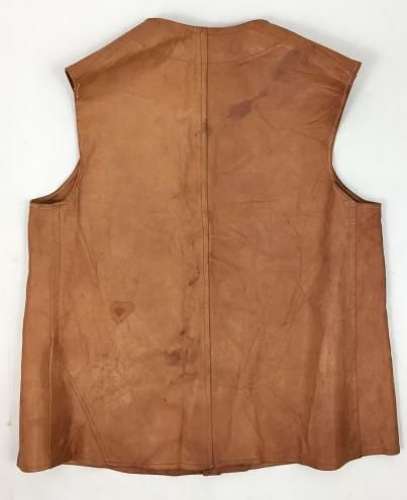 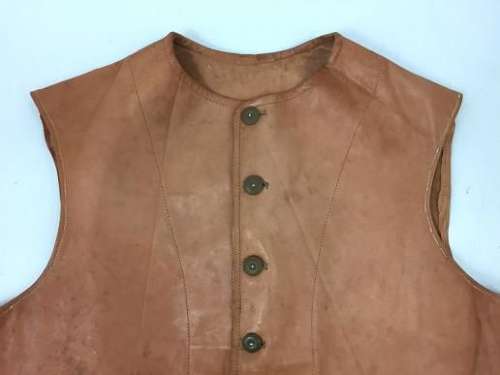 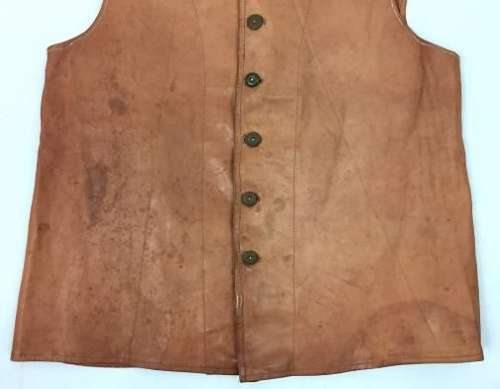 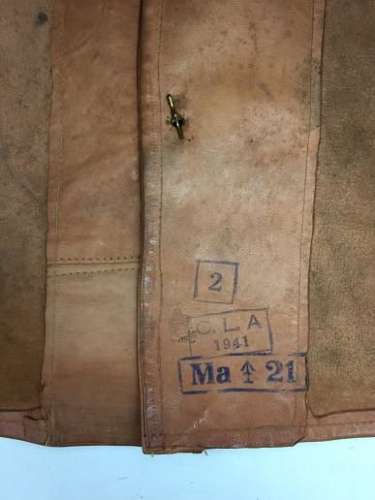 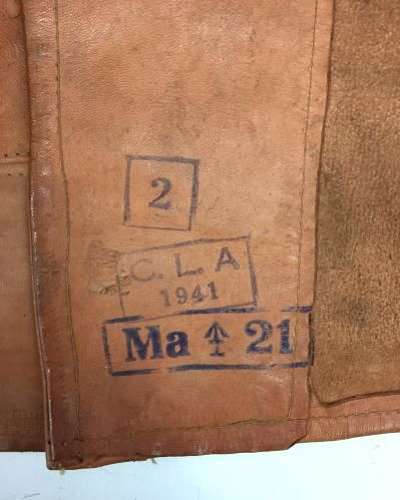 SOLD
An original 1941 dated Indian made leather jerkin as issued to the British Army and RAF in the Middle and Far East Theatres of wartime.

This pattern of jerkin is similar to the standard British Used in both world war but is unlined, features removable revolving shank buttons and has 7 buttons rather than the standard four on British made examples. The leather body of the jerkin is also noticeably different as it is a light tan colour.

Inside the jerkin the original stamps are present and still bright and legible. The numeral ‘2’ denotes the size whilst ‘C.L.A’ is the manufacturer. Below that is the 1941 manufacture date.

The jerkin comes complete with a full set of original period buttons with brass retain clips holding them on.

The condition of the jerkin is very good as can be seen in the issues. Whilst it has some marks etc relating to age, it doesn’t show any real signs of wear and could well have never been issued.

All in all a nice original example of this rare pattern of jerkin. It would suit both the collector and re-enactor well.