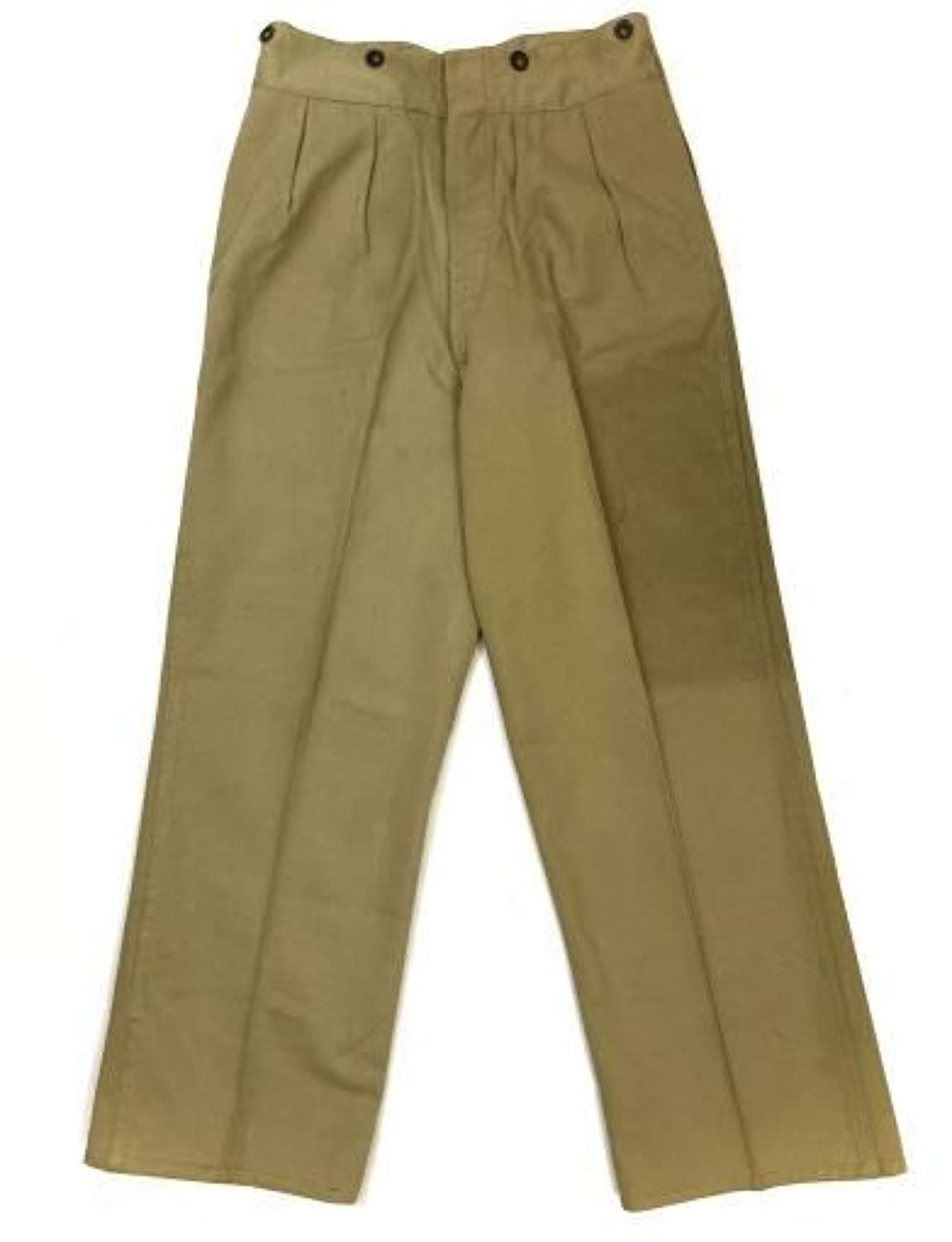 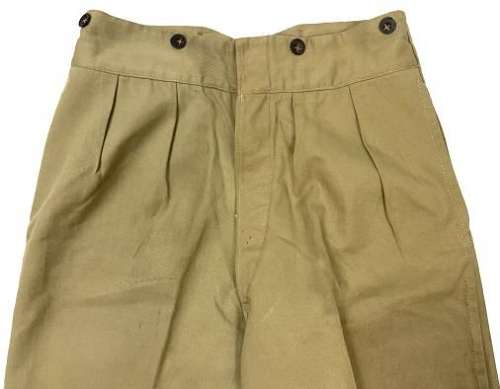 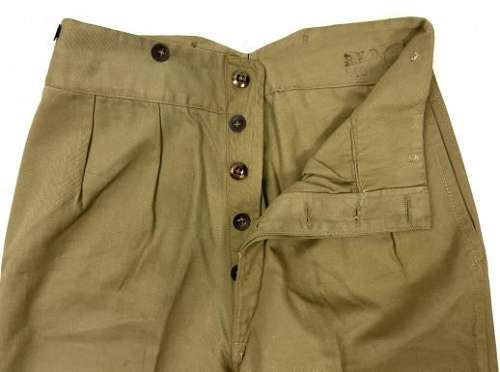 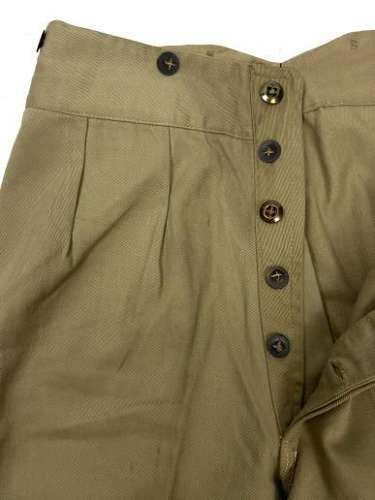 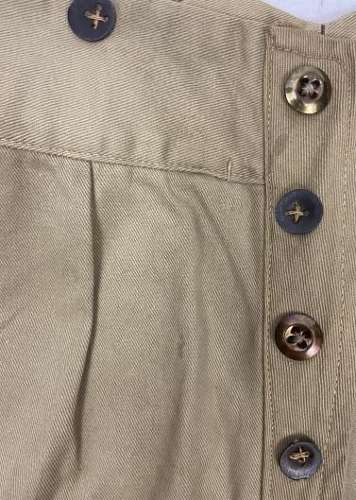 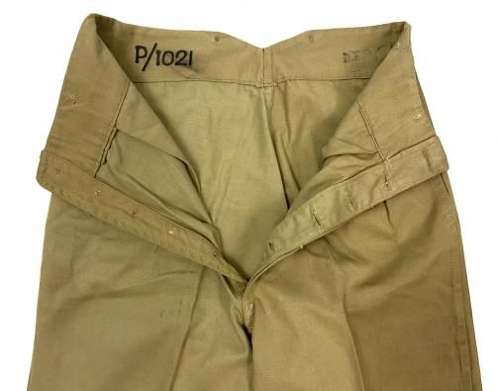 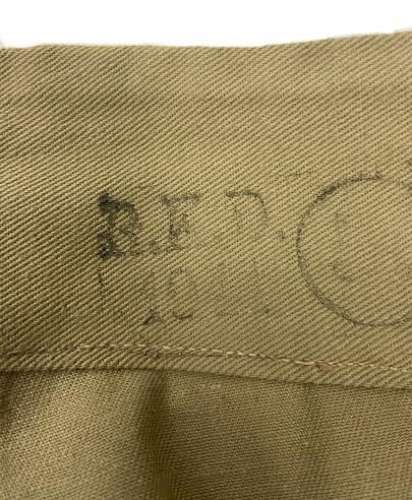 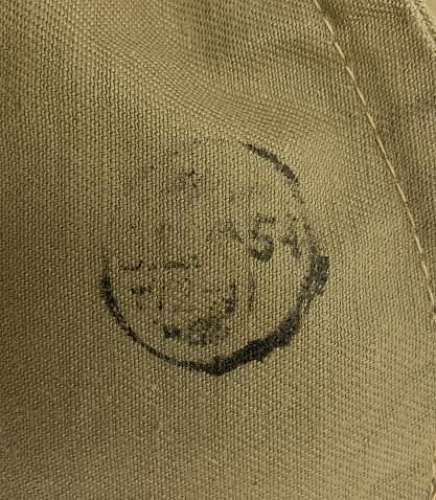 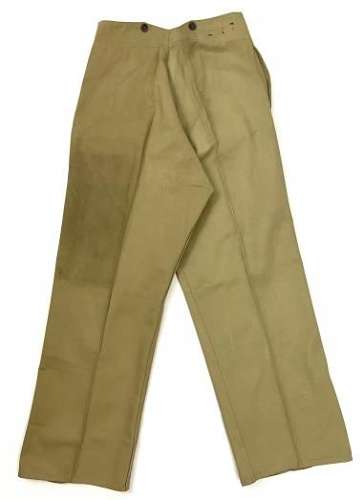 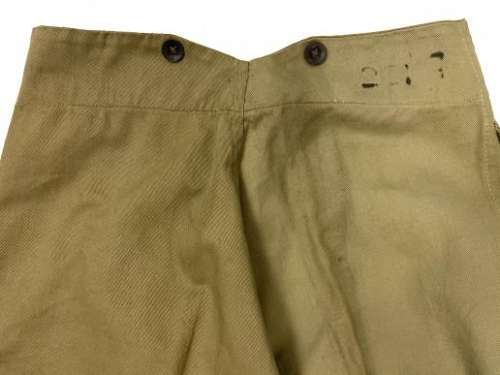 Made from a khaki coloured cotton drill these trousers feature plain steel buttons and crude stitching which are both hallmarks of Indian made buttons. The buttons are more often than not poorly stitched on meaning surviving examples today often feature mismatched buttons. These trousers are no exception featuring two early war two-piece brass examples to the fly.

Inside the trousers are a couple of stamps including a date stamp inside the waist band which reads '1941'. The usual circular stamp found on India made issue items is also present to the reverse of the pocket flap and although hard to read appears to read December 1941.

The trousers are in good wearable condition with no signs of excessive use but do have various stains etc as is usual with KD items. The right leg has an area of discolouration, most likely from where they have been folded in storage. Please study the pictures to satisfy yourself of condition.