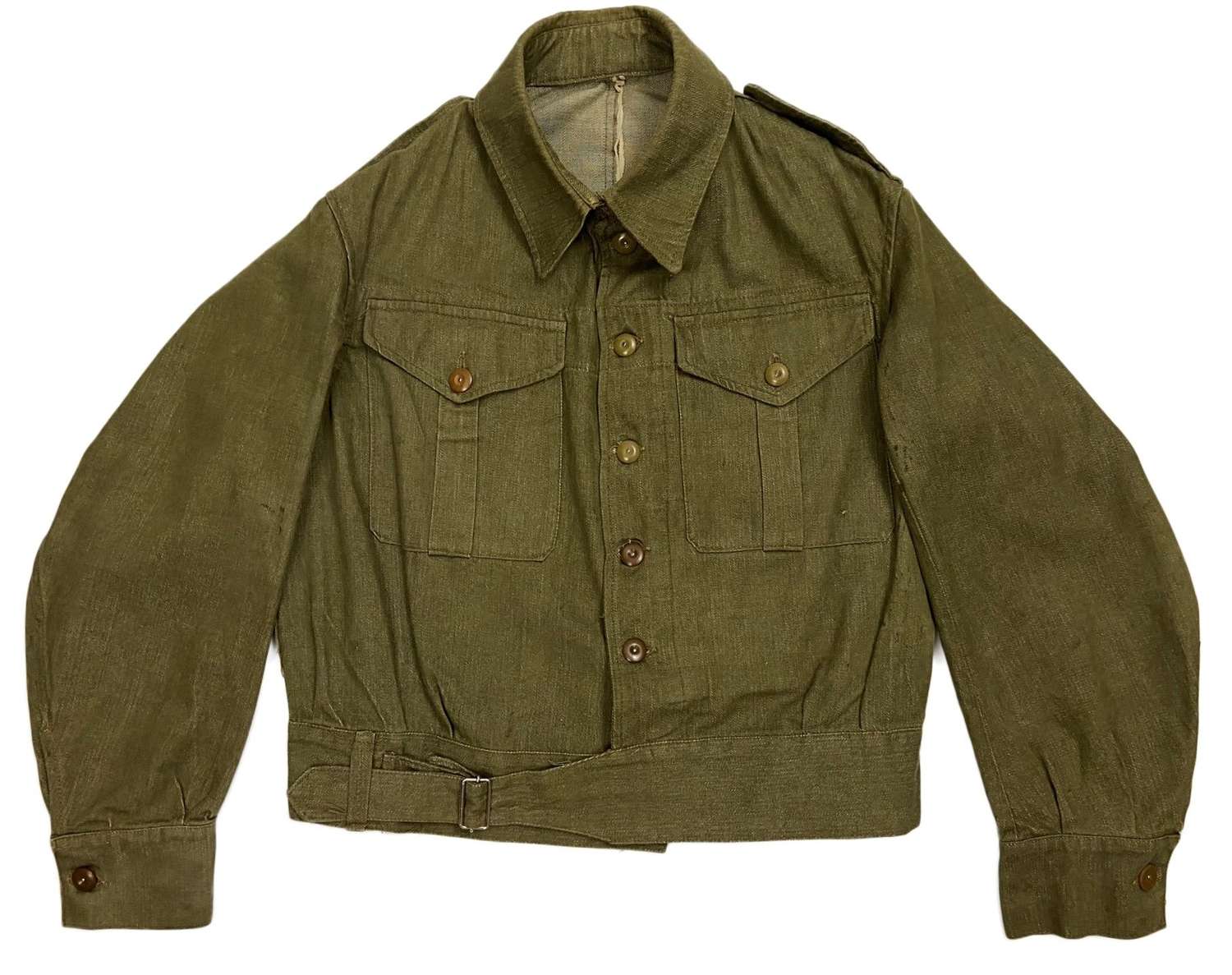 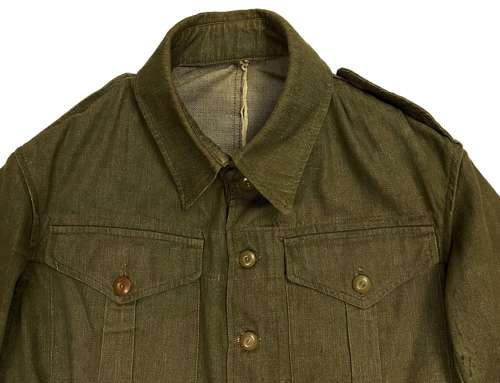 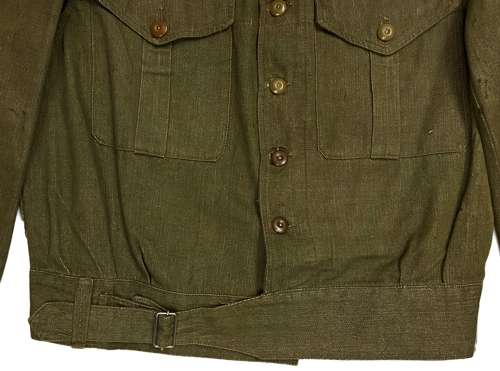 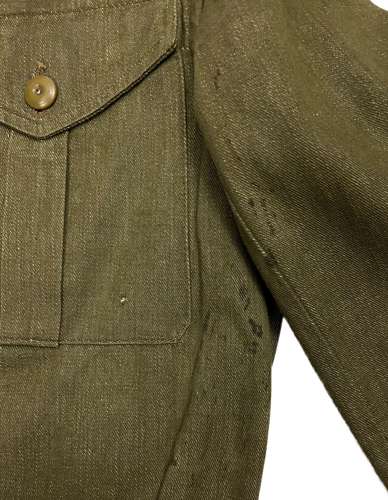 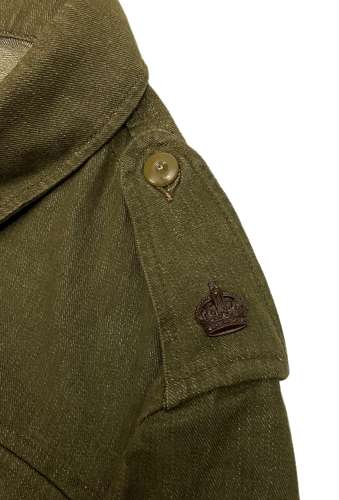 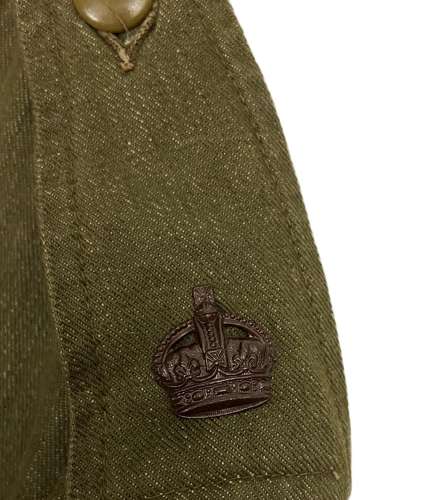 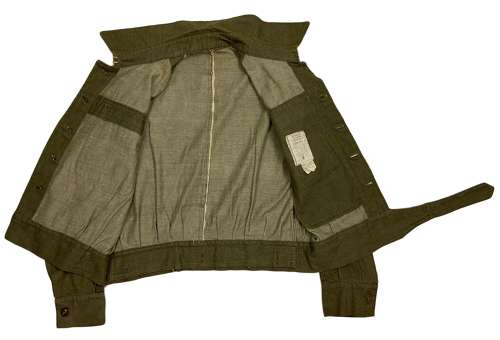 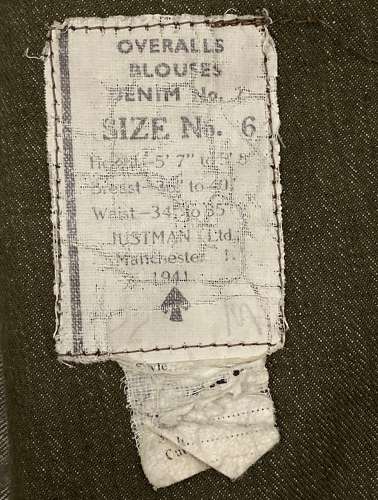 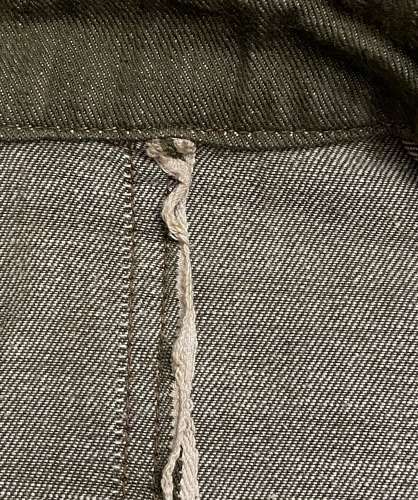 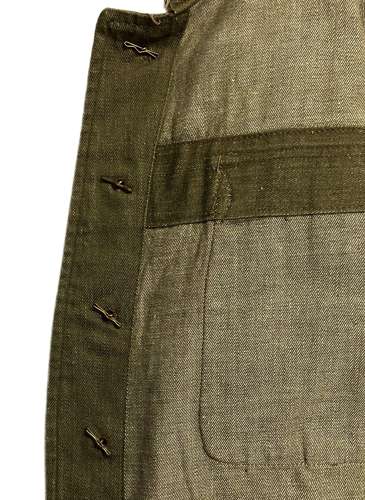 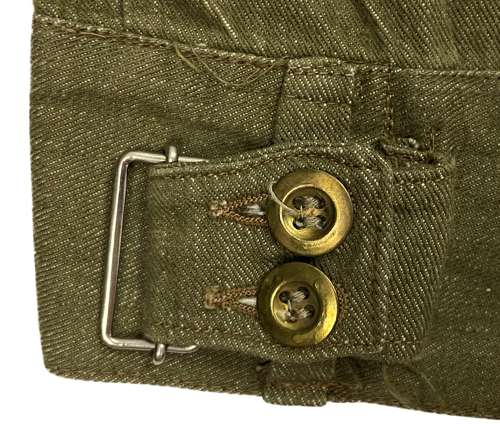 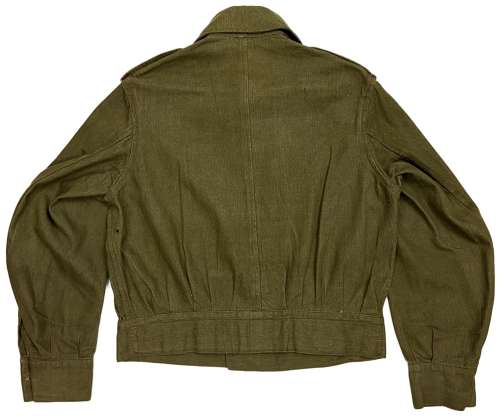 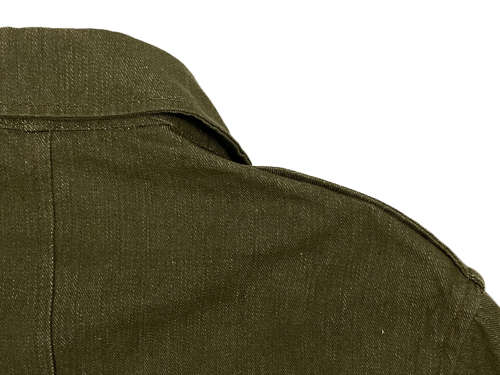 This jacket is an early issue example which was only made prior to 1942 when it was superseded by the austerity pattern. The most obvious feature of the first pattern jacket is the pleated chest pockets. The material is also a different hue to post-war manufactured items. This example is a fantastic vivid green which is not washed out or worn. A huge stockpile of these jackets was left behind in France following the evacuation from Dunkirk. They fell into the hands of the Kriegsmarine who used them during the rest of the war.

The jacket features the early war wire waist buckle which is held on with stamped brass buttons as are often found on early manufactured items. The jacket is fitted with a mis-matched set of revolving shank buttons which are all held in place with original split pins. As well as this the jacket has been fitted with bronze Major rank crowns to the epaulettes which could indicate that this was originally used by a member of the Home Guard.

The original label is still present inside the jacket and is in good condition. It bears the title of 'Overalls, Blouse, Denim No. 2 and the size of No. 6 which is designed to fit a 38" - 40" chest and a 34" - 35" waist. The maker's name is 'Justman Ltd Manchester' is present and the year of manufacture is marked as 1941. Below this is the War Department broad arrow marking.

The jacket is in very good condition with only limited signs of wear and use.  It does not appear to have been laundered, faded or washed out and still has a very fresh appearance. There are some marks however which are detailed in the pictures. It is a vintage item however so please study the pictures before purchasing.

A hard to find early war example which is in great condition. Not only this but it still retains its original issue label which are so often missing!