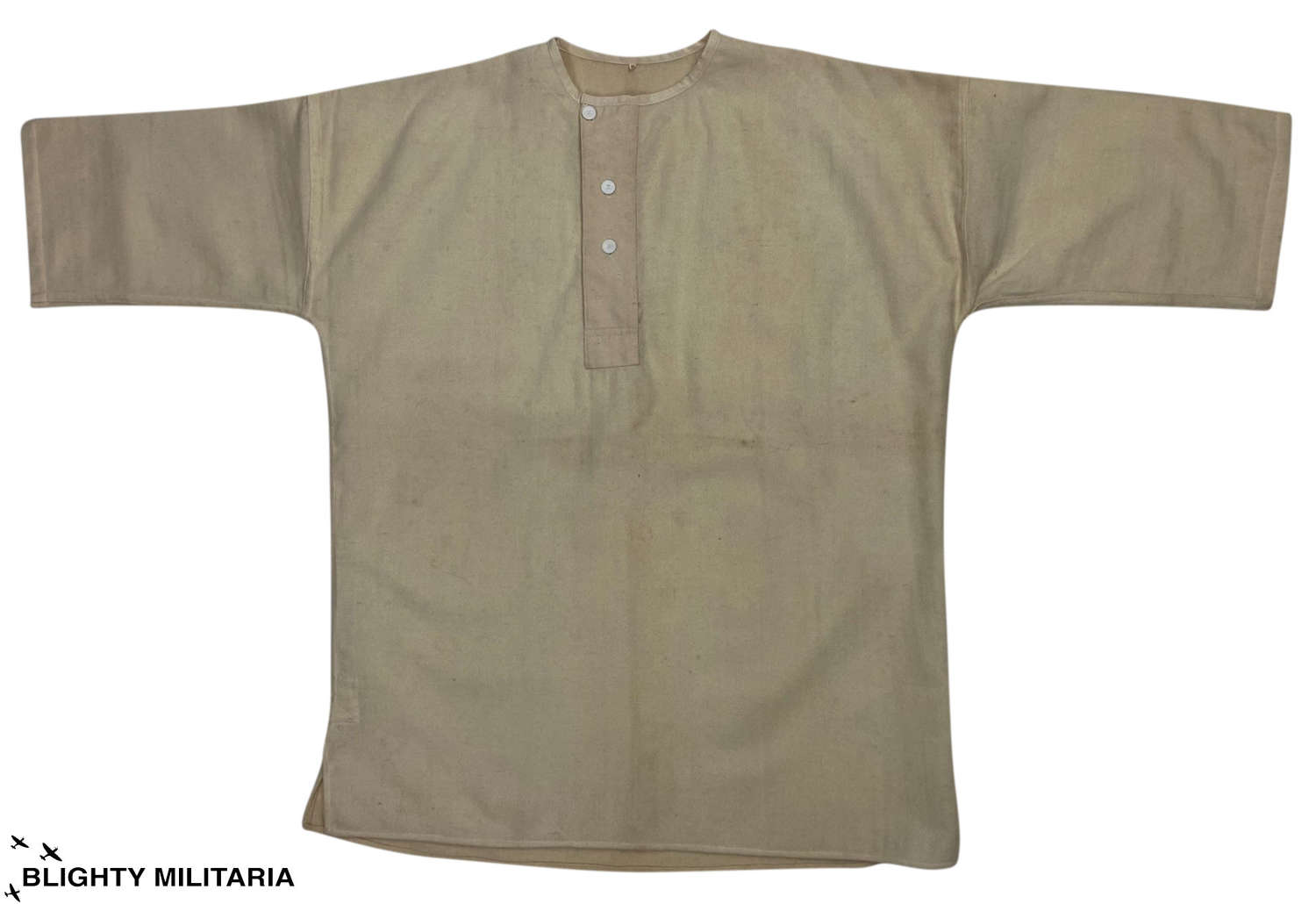 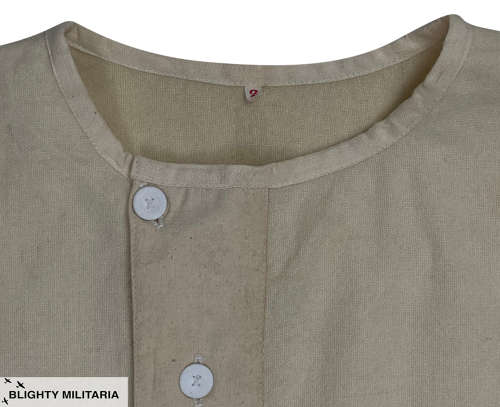 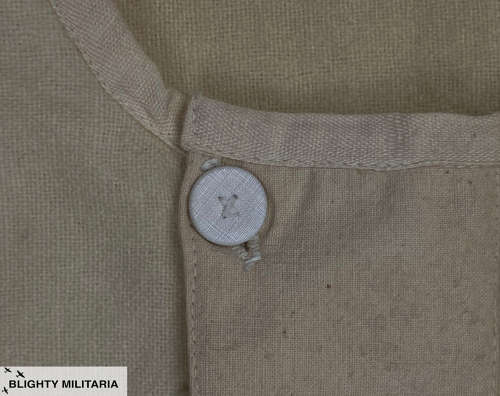 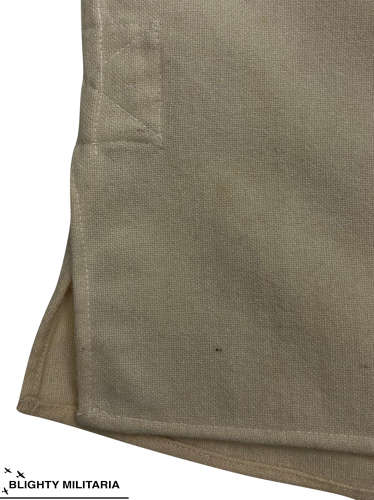 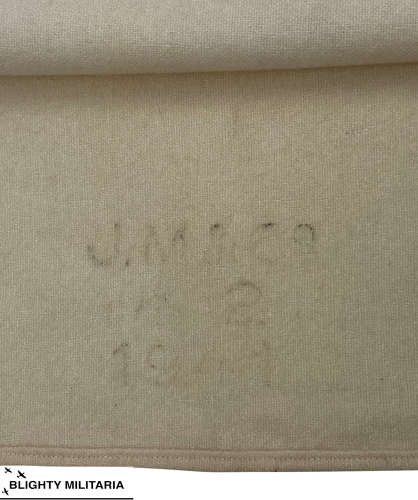 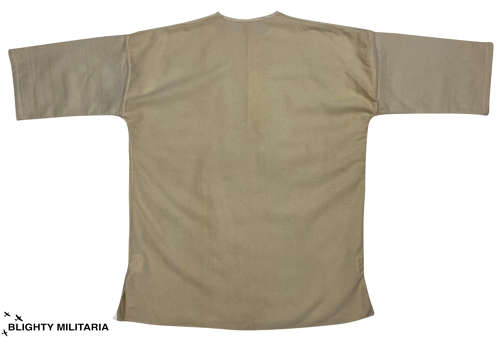 An original British military undershirt in new old stock, unworn condition which was made in 1941.

This shirt was made for the British military and would have been issued to the British Army or Royal Air Force. This example is unissued however and has therefore never been worn. It is made from a cream coloured wool flannel and features a three button fastening at the neck. This design is now often referred to as 'Henlet' today and was a common design for undershirts during the mid Century period. The shirt fastens with cloth covered buttons, the uppermost one being offset which is a nice detail. There is also a reinforcing square at the gusset which is illustrated in picture 4.

Inside the shirt the original maker's stamp is still present and bears the maker's initials of 'J. M. & Co' along with the size of 2 and the 1941 date. There is also a small size tag inside the neck which also bears the number 2.

The shirt is in good condition and has not seen any previous wear or use. There are some marks from storage which can be seen in the pictures. Please take time to study these before purchasing and bear in mind that this is a vintage item.

A nice original early war undershirt which has some excellent details.