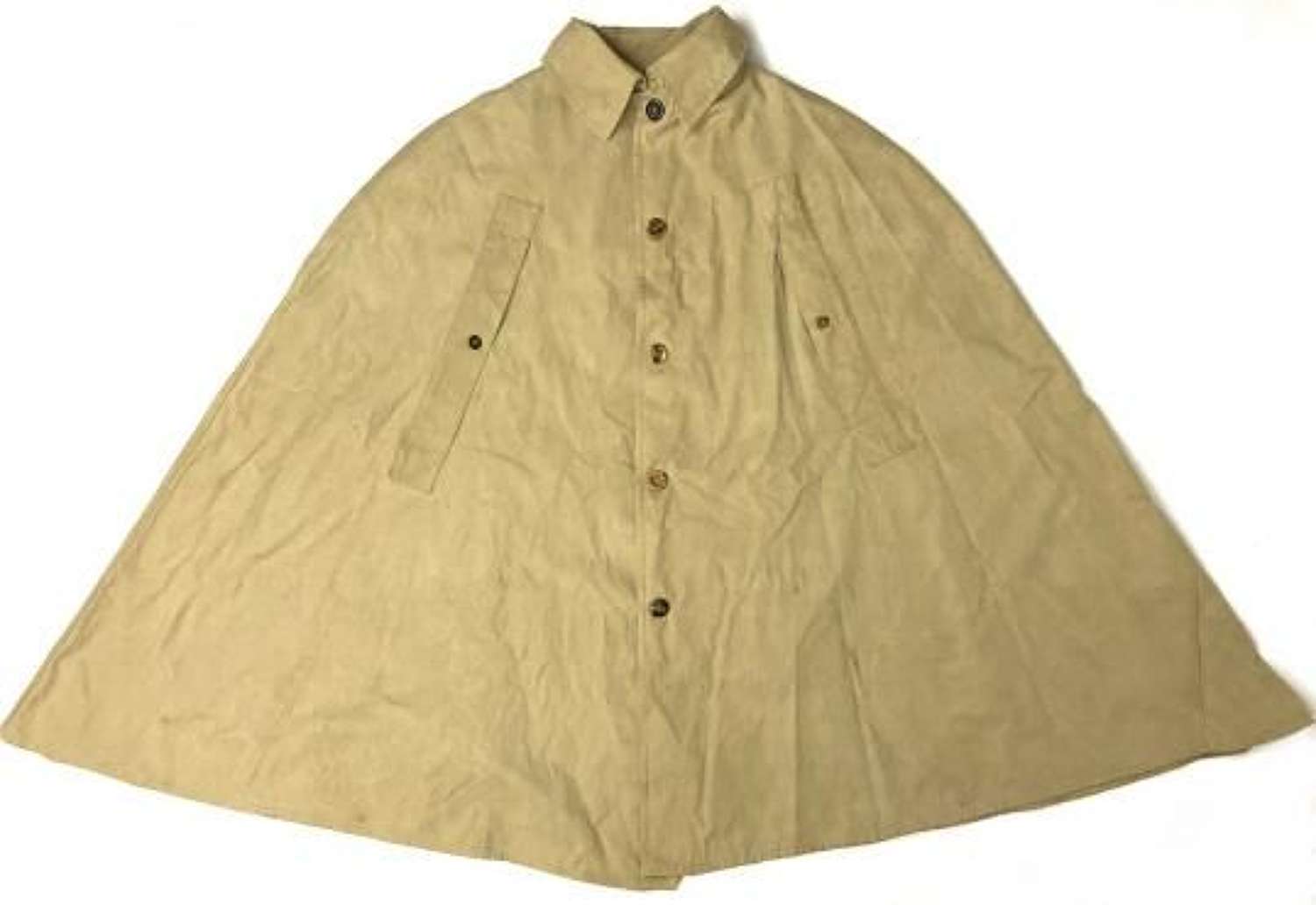 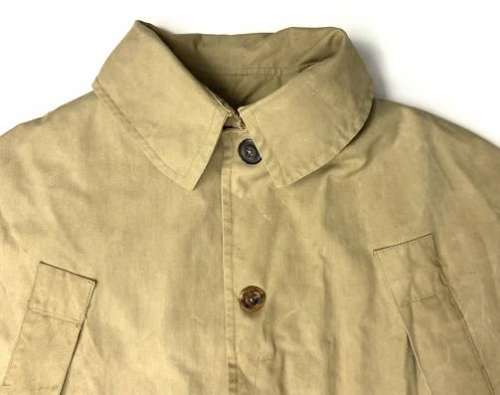 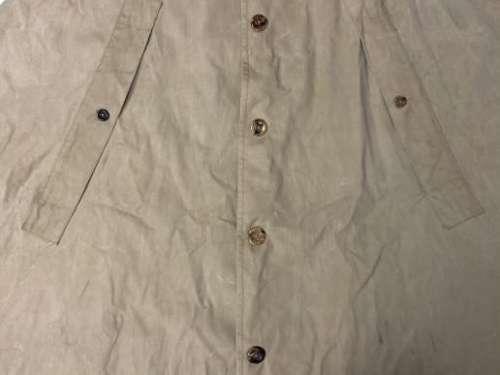 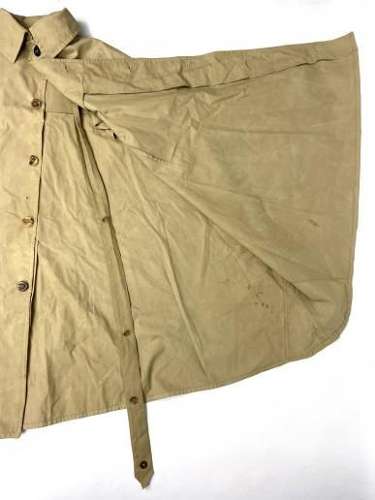 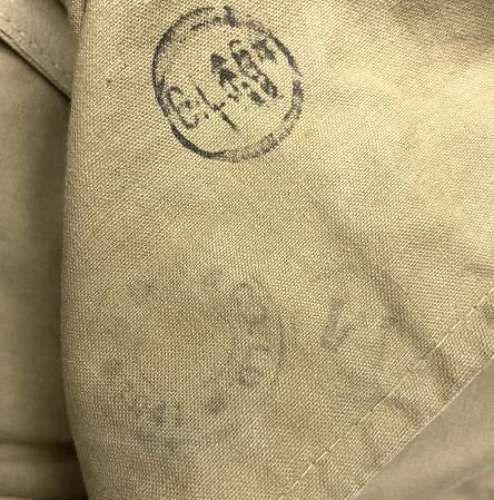 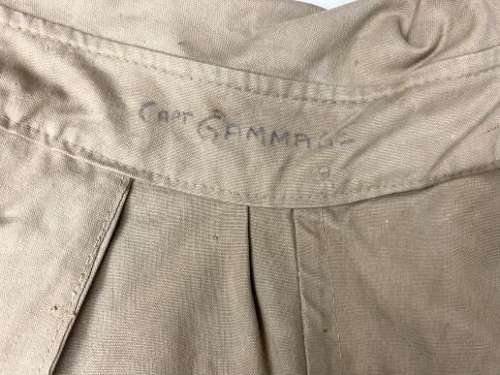 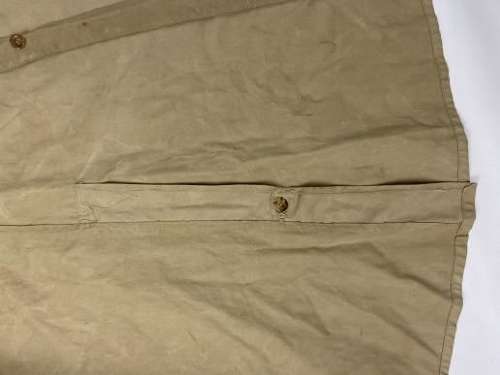 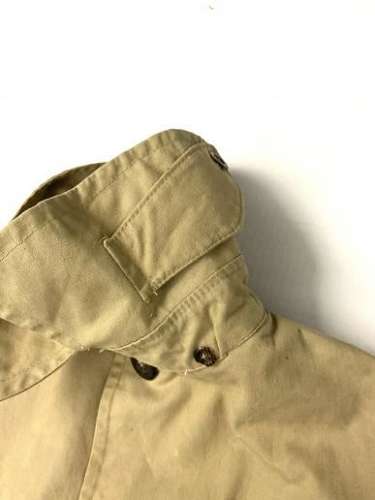 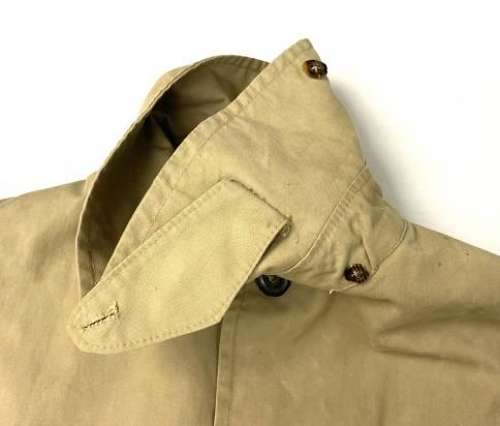 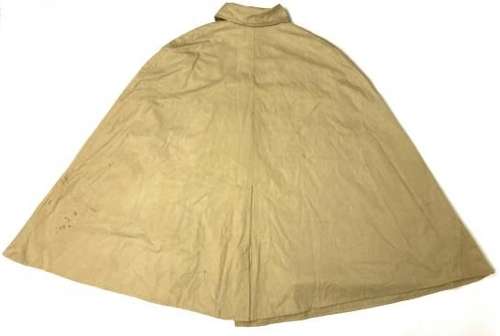 This pattern of cape was issued in the far east to a large number of units throughout the Second World War, with this being a particularly early dated example.

The cape is clearly dated 1941 and bares two stamps. One is the standard circular stamp seen on all Indian made items which bares the month and year of manufacture, whilst the other stamp is a manufacturers stamp which bares the 1941 date.

The cape retains all of its original buttons which are often missing. It has two slits on either side to allow the arms to be passed through which also have buttons.

The overall condition of the cape is very good for its age but it does shows signs of wear consummate with its age.

Overall, a very rare and iconic cape which bares a very early date and displays extremely well. A must have for the British Army collector!