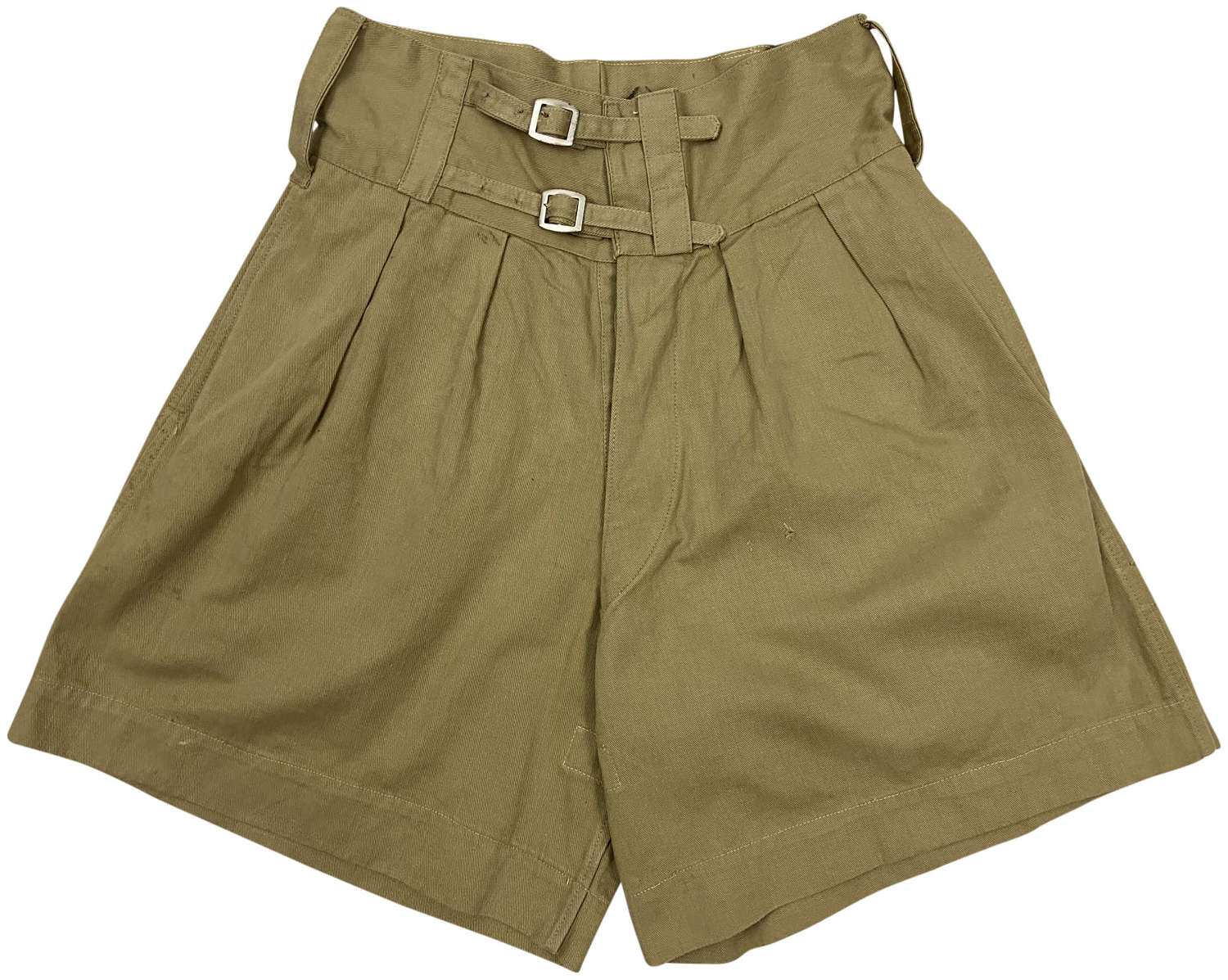 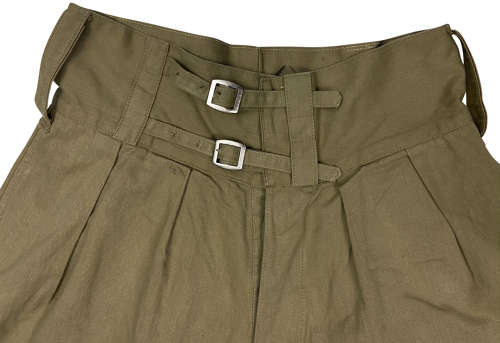 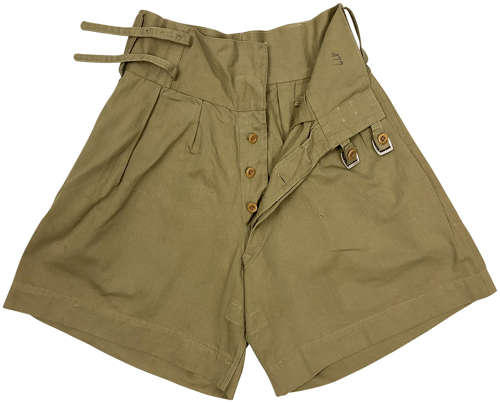 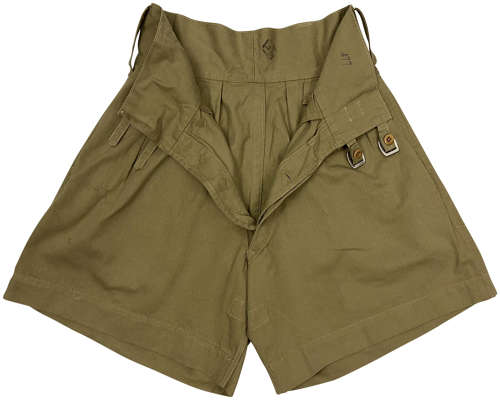 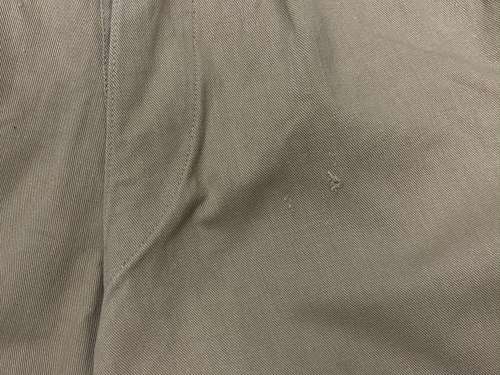 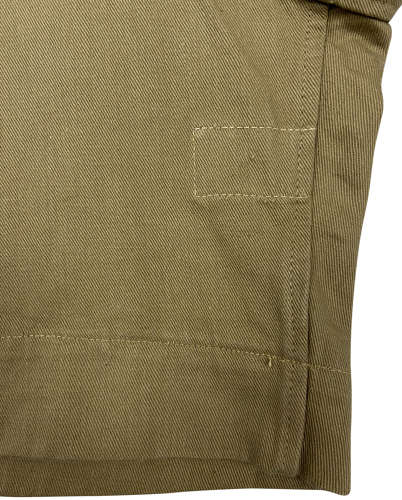 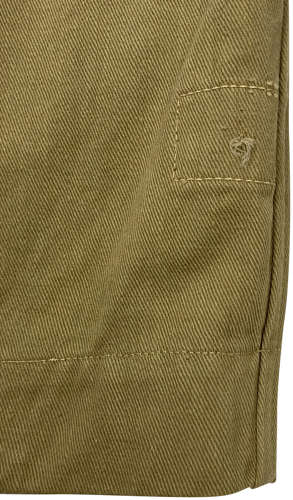 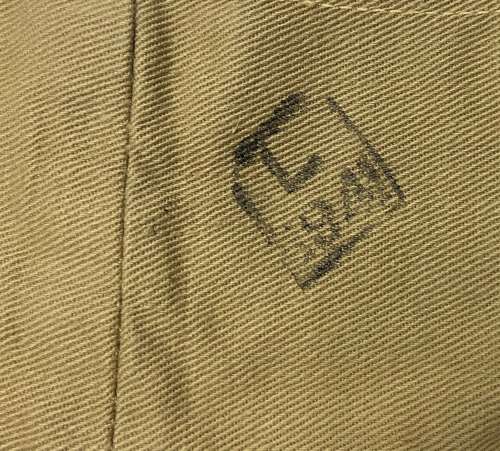 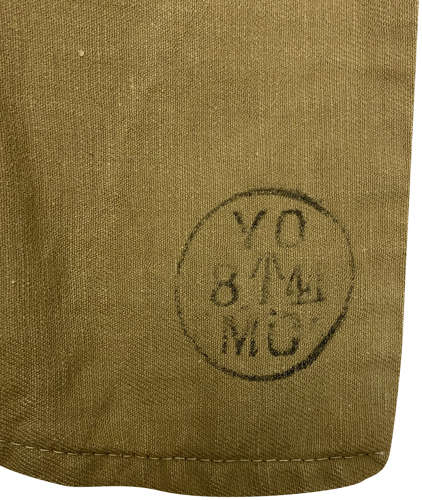 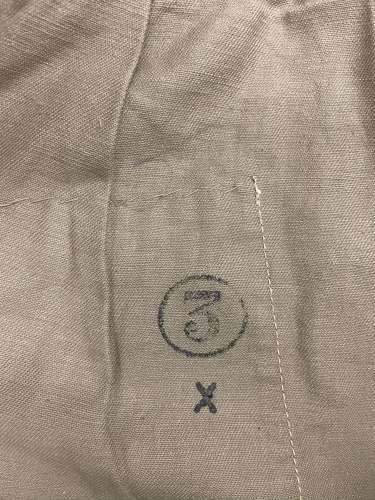 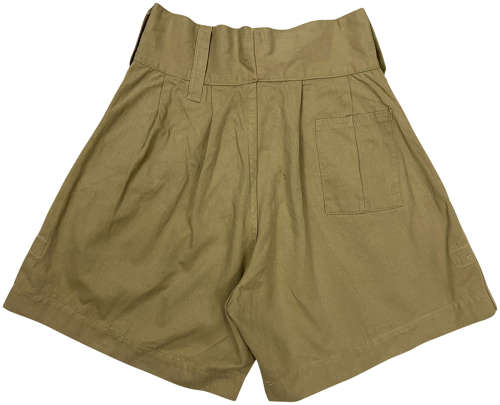 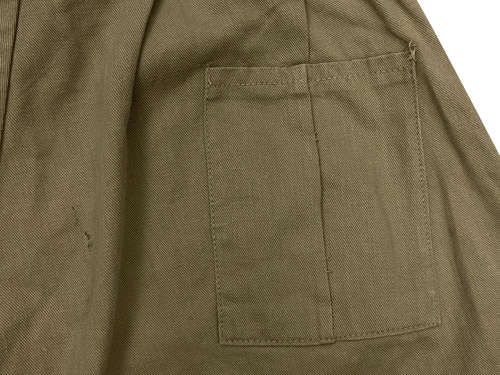 These early war shorts started life as 'Bombay Bloomers' which are very rare to find today as many, like this pair, were cut down into standard shorts. Bombay Bloomers featured a large turn up which fasten to the crotch and outside leg. This turn up could be unfastened and folded down making the shorts into trousers with the idea being that a night in the cold desert they would keep the wearer that bit warmer, or the sun off their legs during the day.

It was common practice during the war to cut down these Bombay Bloomers into standard shorts. There is evidence of where the buttons for the turn ups would have been fitted recently although they have been removed - most likely when they were shortened.

The short are Indian made as can be deduced from the stamps. Indian made items saw widespread issue in both the Middle and Far East due to having shorter supply routes. The shorts feature the double buckle and tab closure to the waist and a single pleated first field dressing pocket to the rear.

Inside the shorts are a number of stamps including the standard circular style usually found on Indian made items. It bears the date of August 1941 making these ideal for someone collecting items used in the Western Desert. There is another stamp with the number '3' which denotes the size.

The short will fit somone of around a 26" waist depending on desired fit. When laid flat they measure -

The shorts are in excellent condition with no signs of major wear or use. There is a small hole to the front as detailed in the pictures but overall they are a very clean pair of shorts which display very well.

A nice pair of early war shorts in great condition and with a nice clear date.