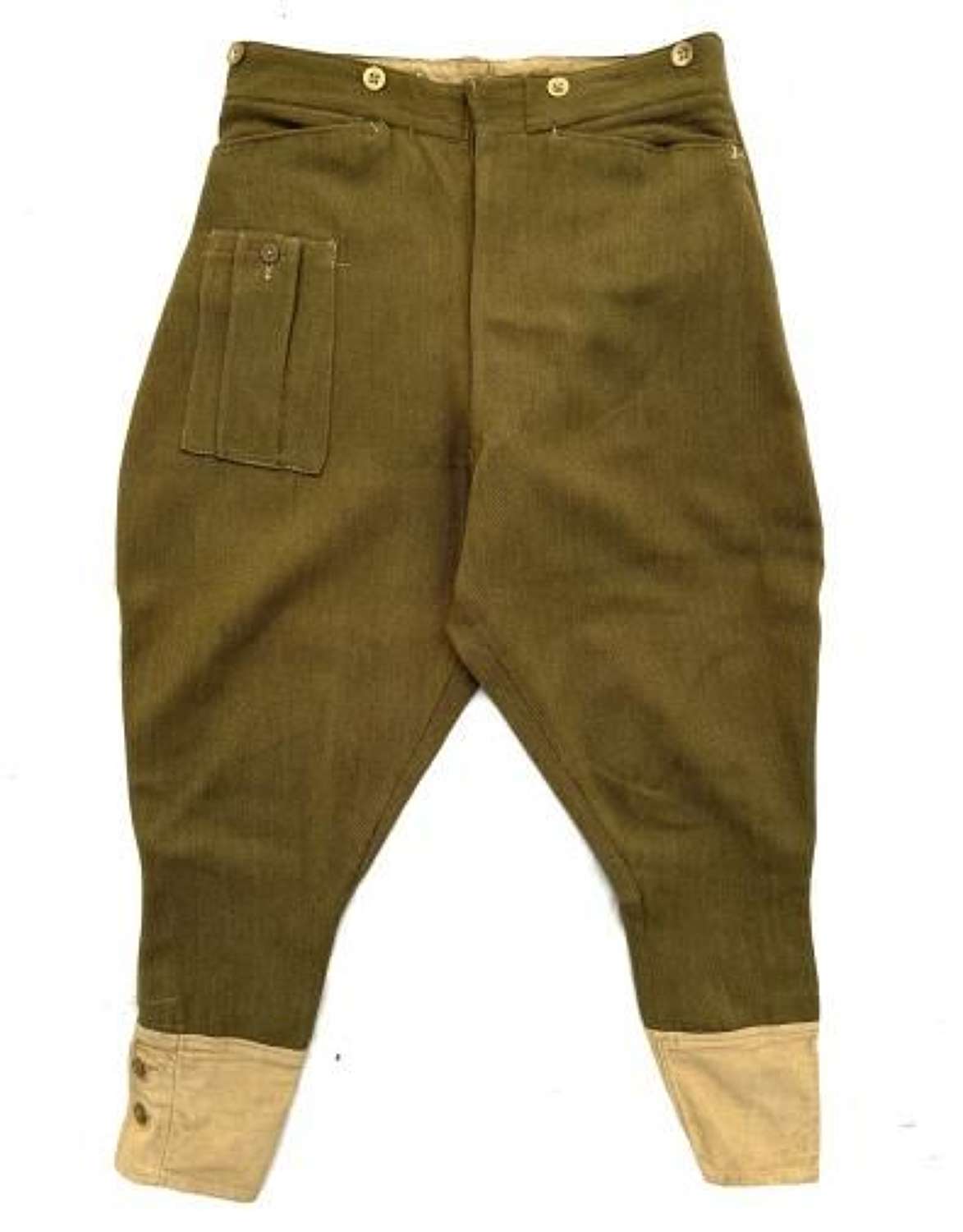 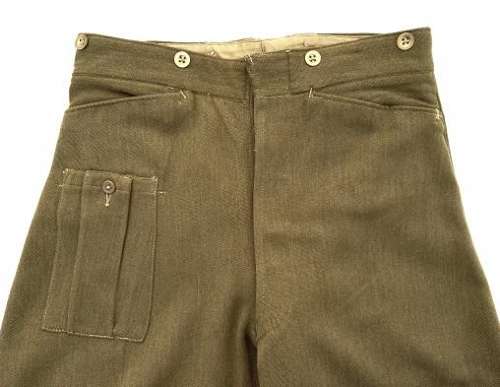 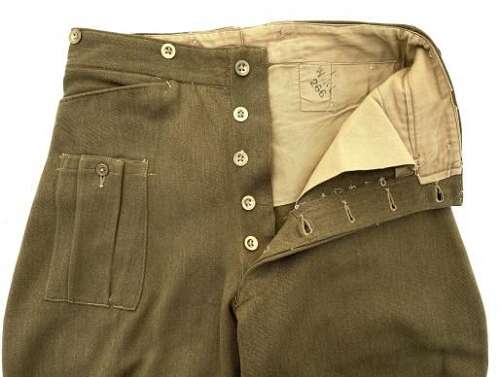 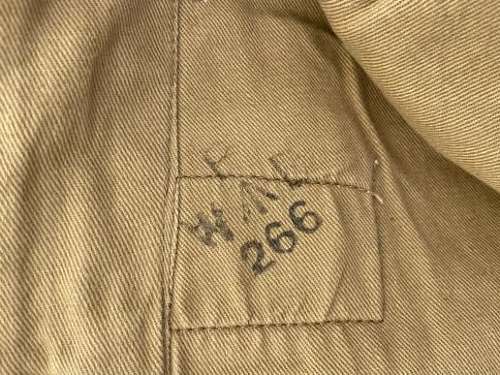 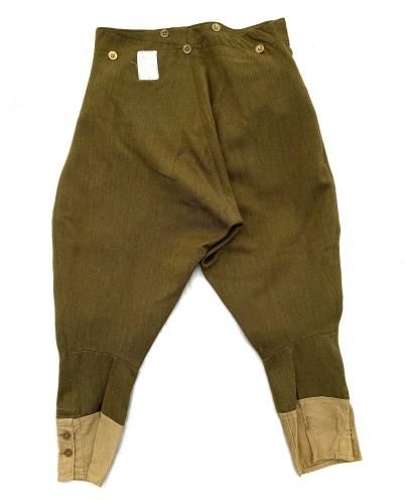 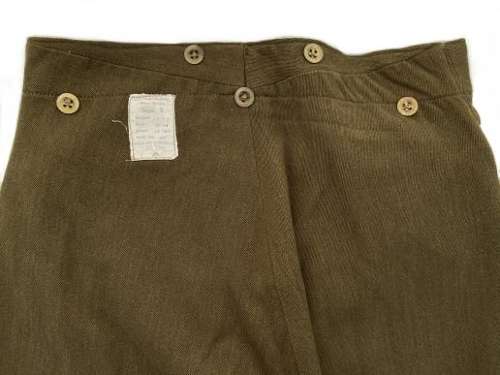 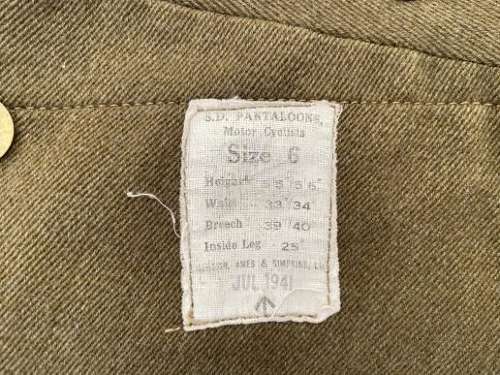 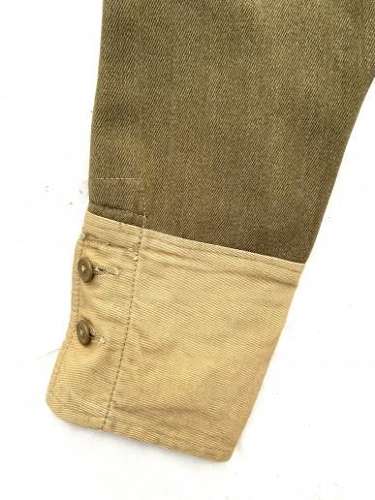 The rear of the breeches retains its original manufacturers label which is still bright and legible. It states the size as 6 which will fit a 33-34" waist, bares the War Department broad arrow marking and the issue date of July 1941.

The breeches are in stunning condition and have clearly never been worn or issued. They display very well indeed with no damage or issue that I can find. They are of course a vintage item of almost 80 years old so may have small issues consummate with this.

Altogether a very nice pair of breeches which would be extremely hard to better and would make an excellent addition to any WW2 collection.