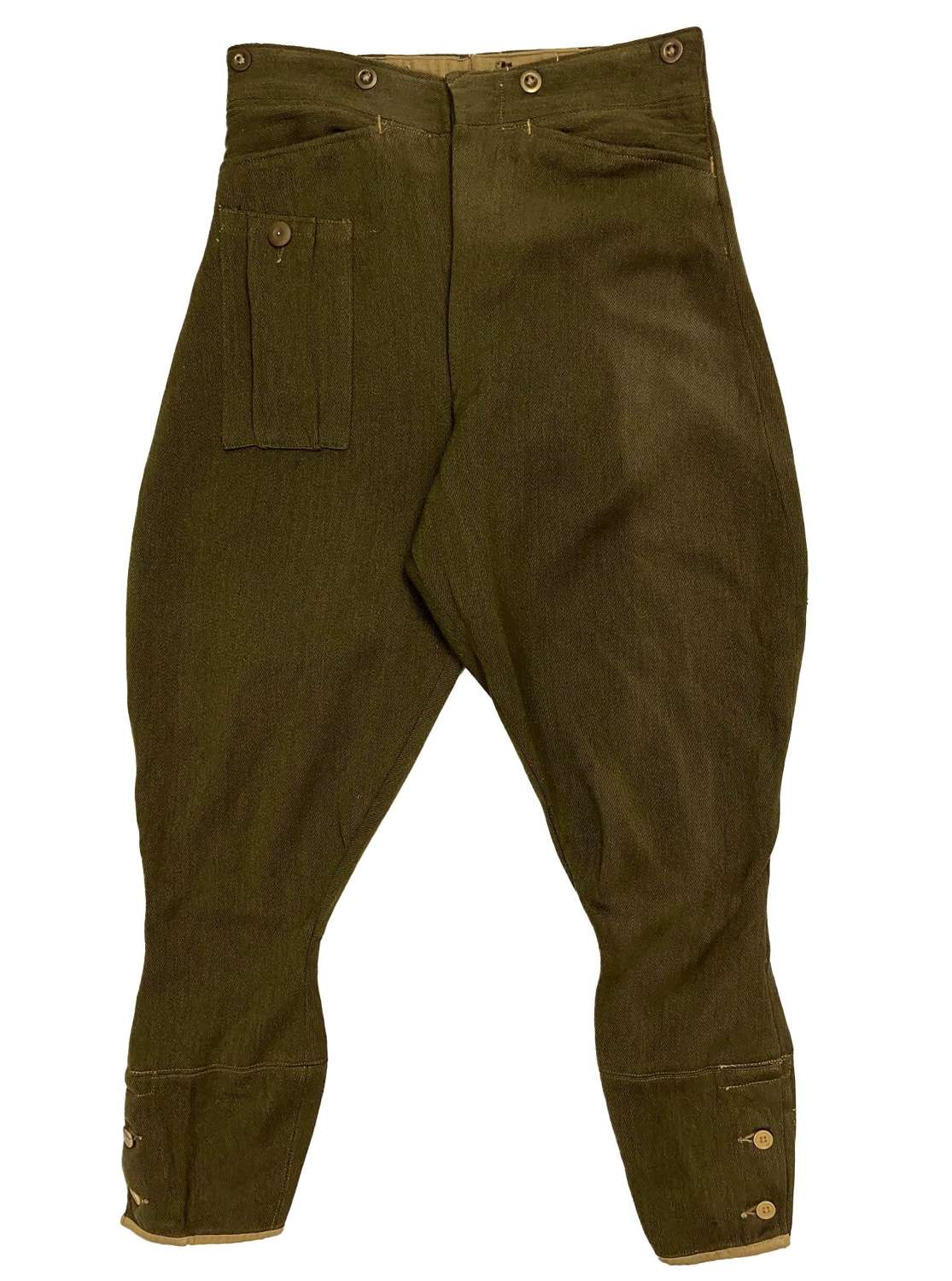 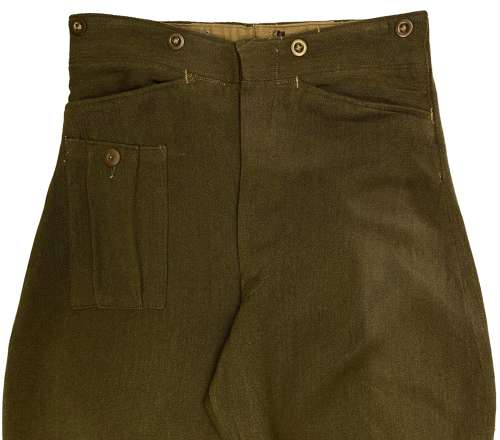 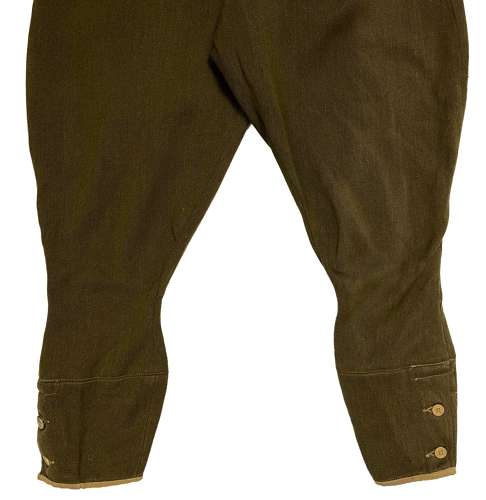 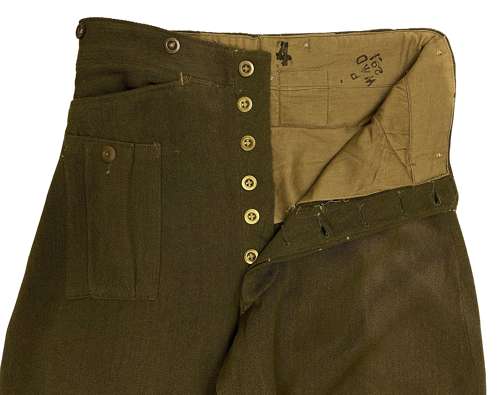 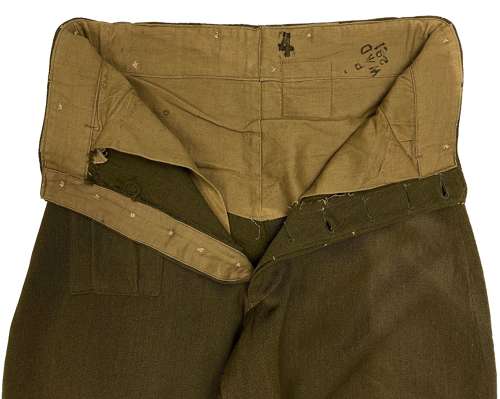 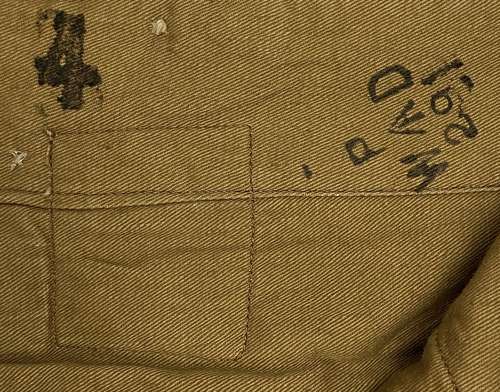 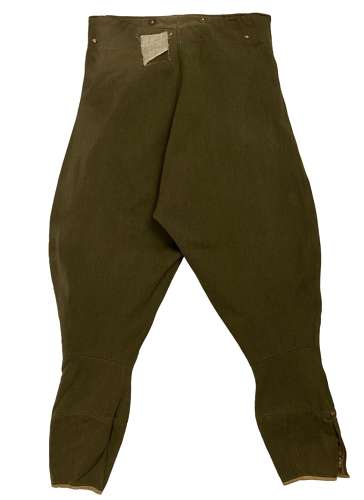 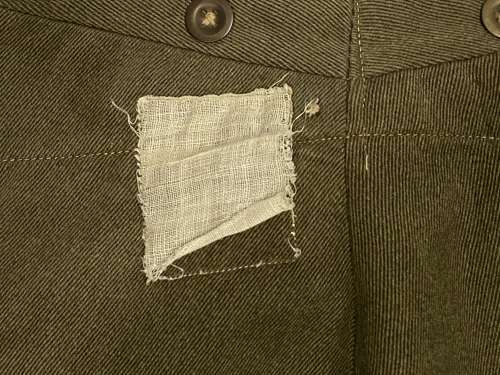 An original pair of 'S.D. Pantaloons, Motor Cyclists' Clearly dated 1941 and in a size 4.

The original label is still present to the rear of the breeches although it has been washed out. The size of 4 is stamped to the interior and the acceptance stamp dates them so this is not a huge issue.

The breeches are in good condition with some signs of wear and use. They display well overall but have some light coloured marks which have been reflected in the low price. These are a vintage item of 80 years old so may have other small issues consummate with this.