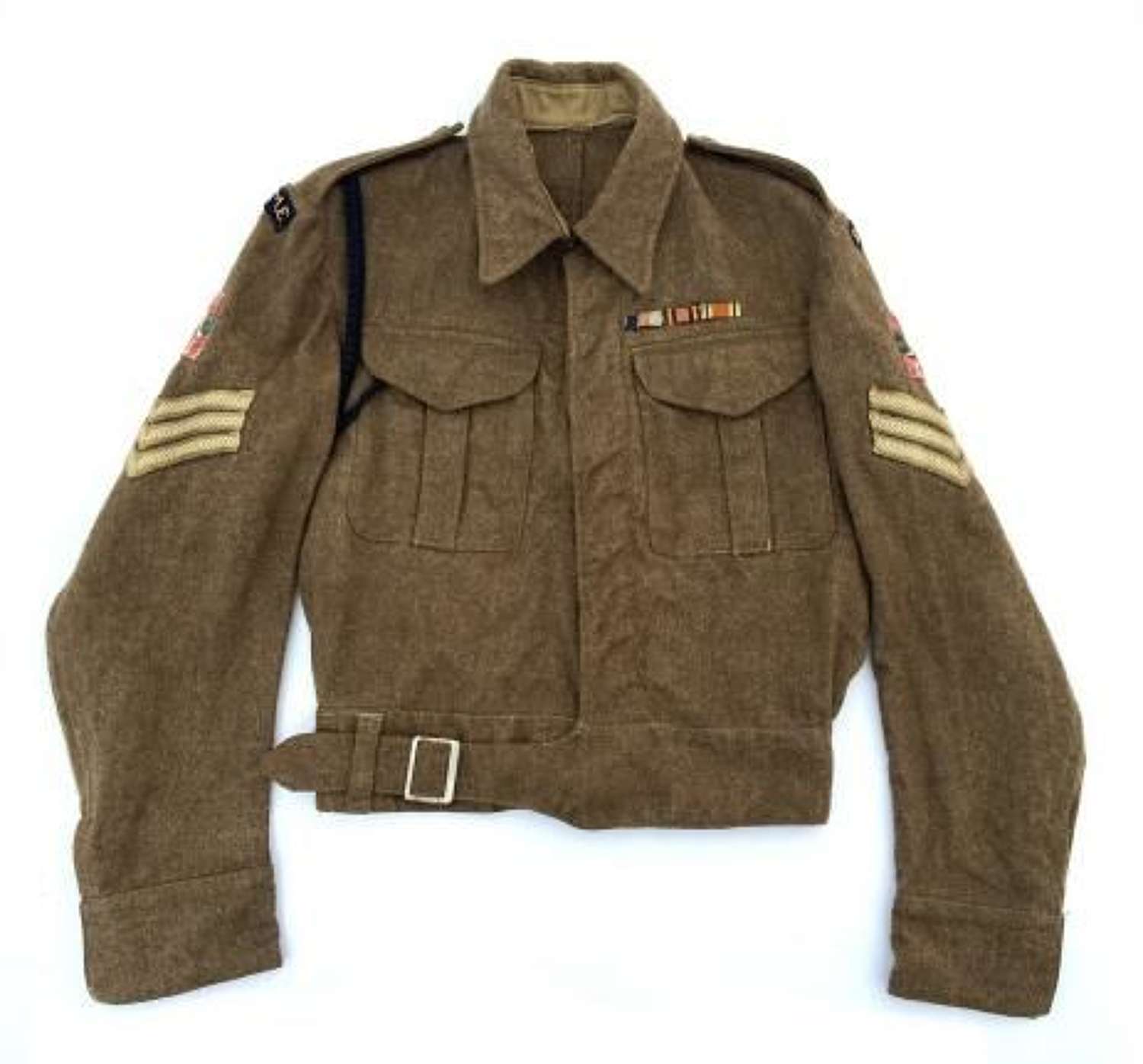 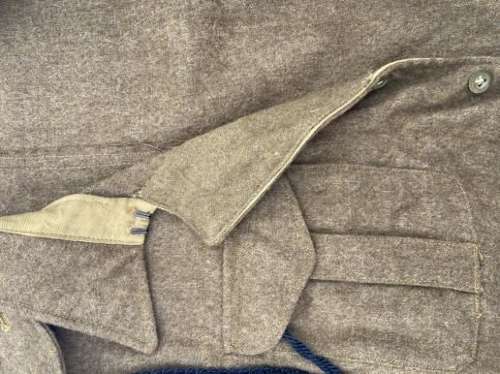 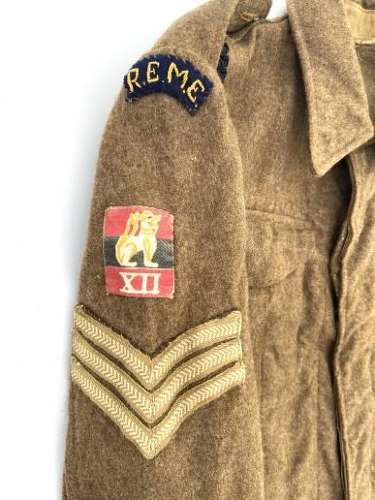 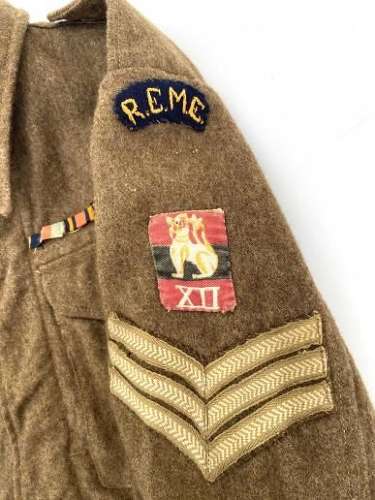 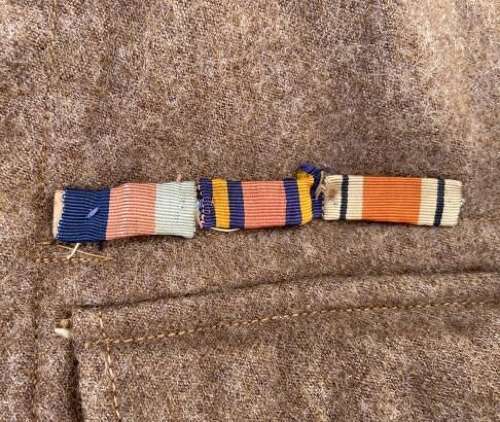 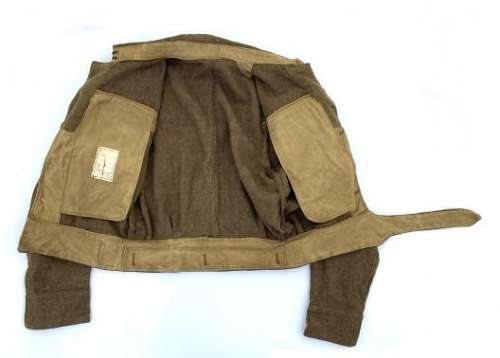 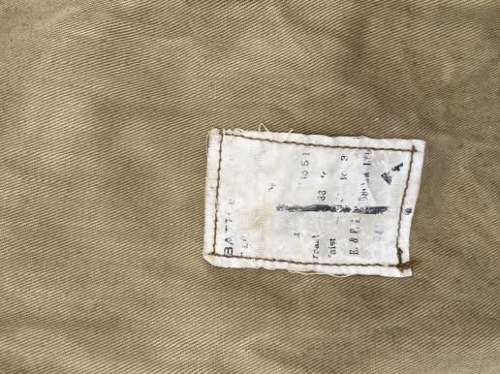 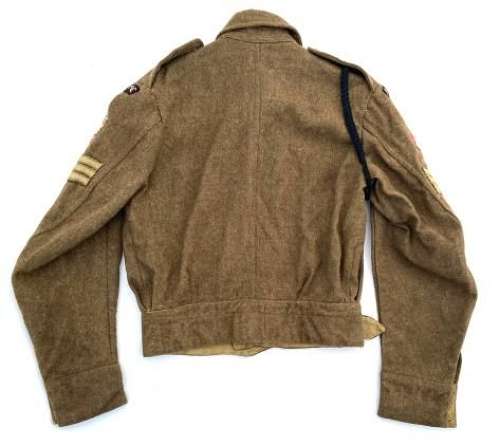 12th Army is one which is rarely encountered due to its short lived life. Formed in May 1945 it took over a large number of units of the 14th Army and served in a fighting role in Burma against the Japanese until it was re designated Burma Command in November of the same year. Based on the rank and campaign ribbons it is quite possible the original owner served in one of the earlier 14th Army formations.

The jacket is a British made 1940 pattern example and features typical theatre made insignia. The REME shoulder titles are embroidered examples whilst the 12th Army patches are printed. The Sergeants stripes are also typical of those found on original Far East BDs and look noticeably different to standard British made examples. A blue lanyard is fitted to the right shoulders and has clearly always been with the jacket. Medal ribbons are also present, and whilst a little scrappy, are again clearly original to it. They are faded but include the 39-45 star, the Burma star and the Defence Medal.

The collar of the jacket has been faced, probably by the sergeant himself. Rather than a professional job it is just a simple piece of slightly mismatched serge tacked over face. This means the jacket can still be worn fastened to the top whilst looking smart if undone and worn with a shirt a tie as was normal in the latter stages of the war.

Inside the jacket the original label is still present although it is worn with only some details still being legible. It is clearly an early label and the purple 1941 issue date is still very clear. Based on the sizes left my best guess is this is a size No.10 which fits a 36-37 chest and a 31-32" waist.

The jacket is in very good condition and displays very well indeed. Based on the badges and the medal ribbons this is clearly a late war blouse dating from 1945 and may have been a 'best' jacket intend for walking out. It therefore does not show signs of excessive wear or use and displays very well. It is a vintage jacket however and may have small issues consummate with its age.

This is a very nice original and untouched wartime blouse which has retained all of its original badges. These untouched examples are becoming harder to find. This jacket would make an excellent addition to any collection without a doubt!