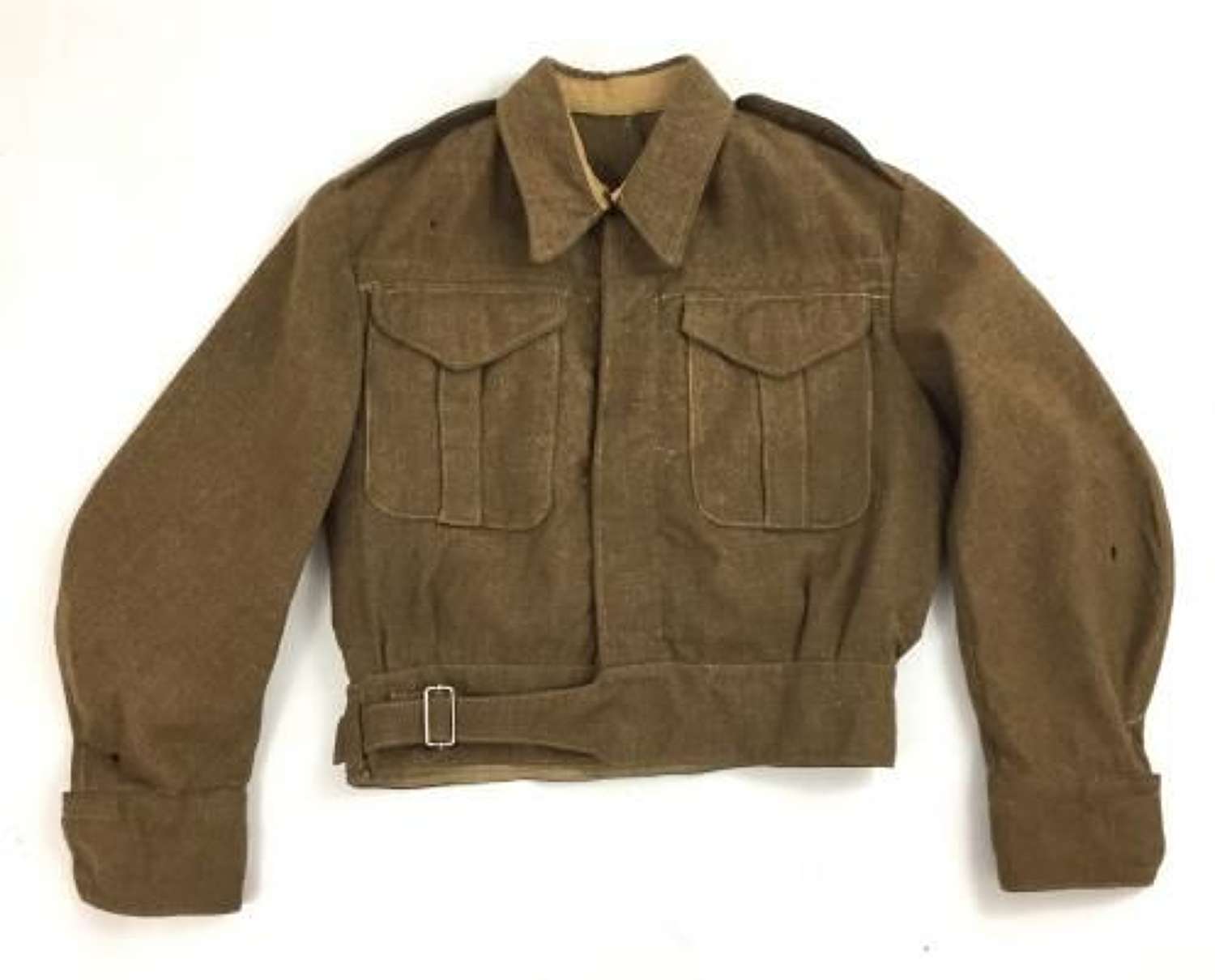 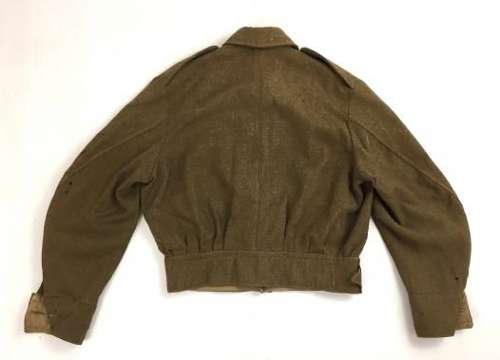 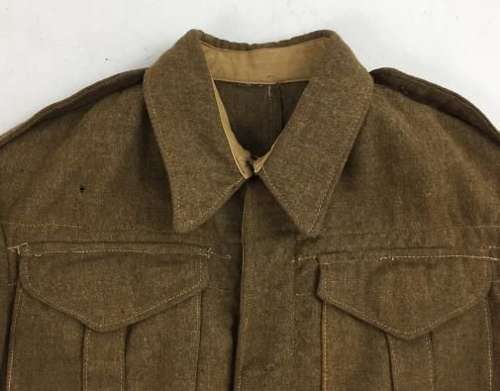 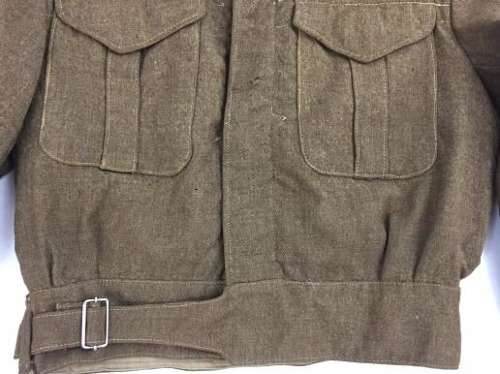 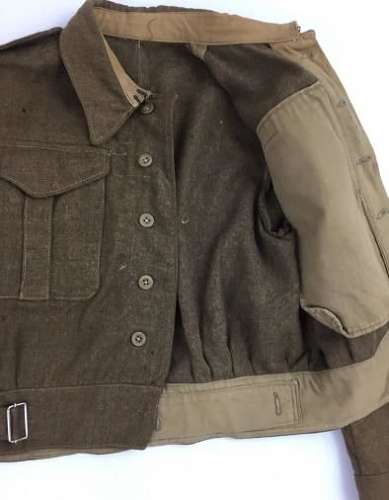 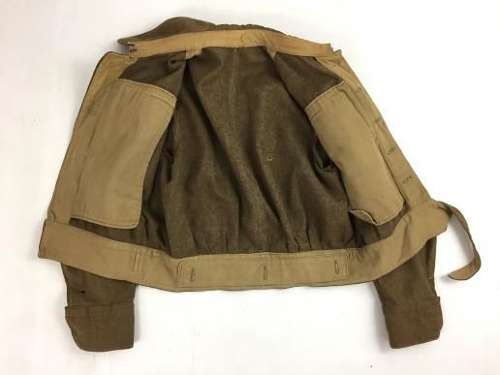 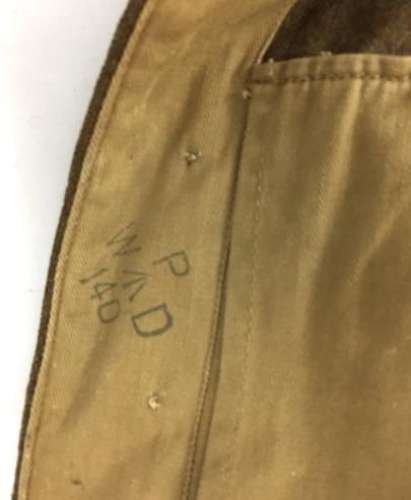 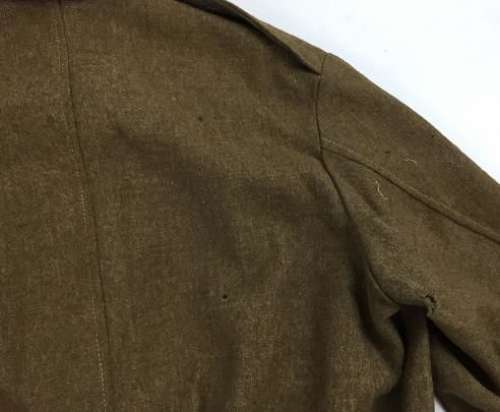 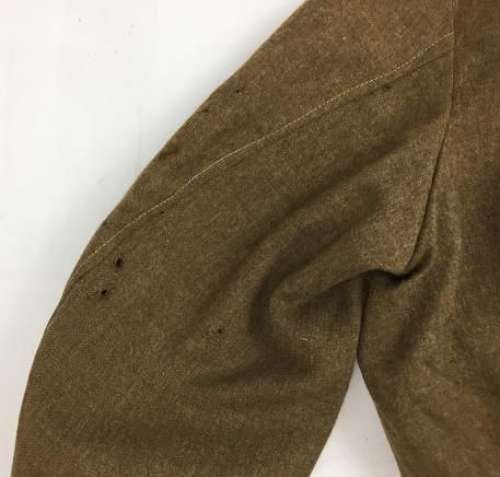 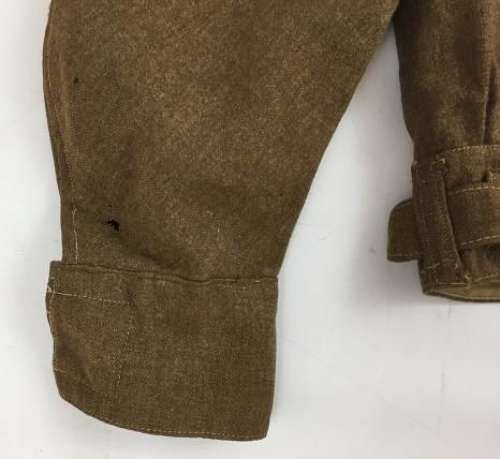 SOLD
An original 1940 pattern British Army battledress dated 1941 as used from 1940 until the end of the Second World War.

This pattern of battledress came into issue with the British Army in mid 1940 and was the standard pattern made until superseded by the austerity pattern in 1942. This pattern saw issue in all theatres of war throughout the Second World War and is commonly seen in period photographs.

This particular example features two interior pockets making it an earlier production example, most likely dating from very early 1941. It features the early wire waist buckle and revolving shank buttons are fitted to secure the epaulettes.

The original label is no longer present inside the jacket but the War Department broad arrow marking is and is surmounted by the letter ‘P’ which denotes 1941 as the year of manufacture. The lack of label also means the size isn’t in the jacket but when laid flat it measures -

The condition of the jacket is reasonable for its age and it displays well. It does have a number of holes however, mainly to the sleeves and the rear with a coupe present to the front of the blouse. Please study the pictures as this forms part of the description.

Altogether a good example of an early war Battledress blouse. Whilst not the finest example this is reflected in the price and it would make a good jacket for a re-enactor looking to use original BD or a collector who wants a ‘field used’ looking jacket.