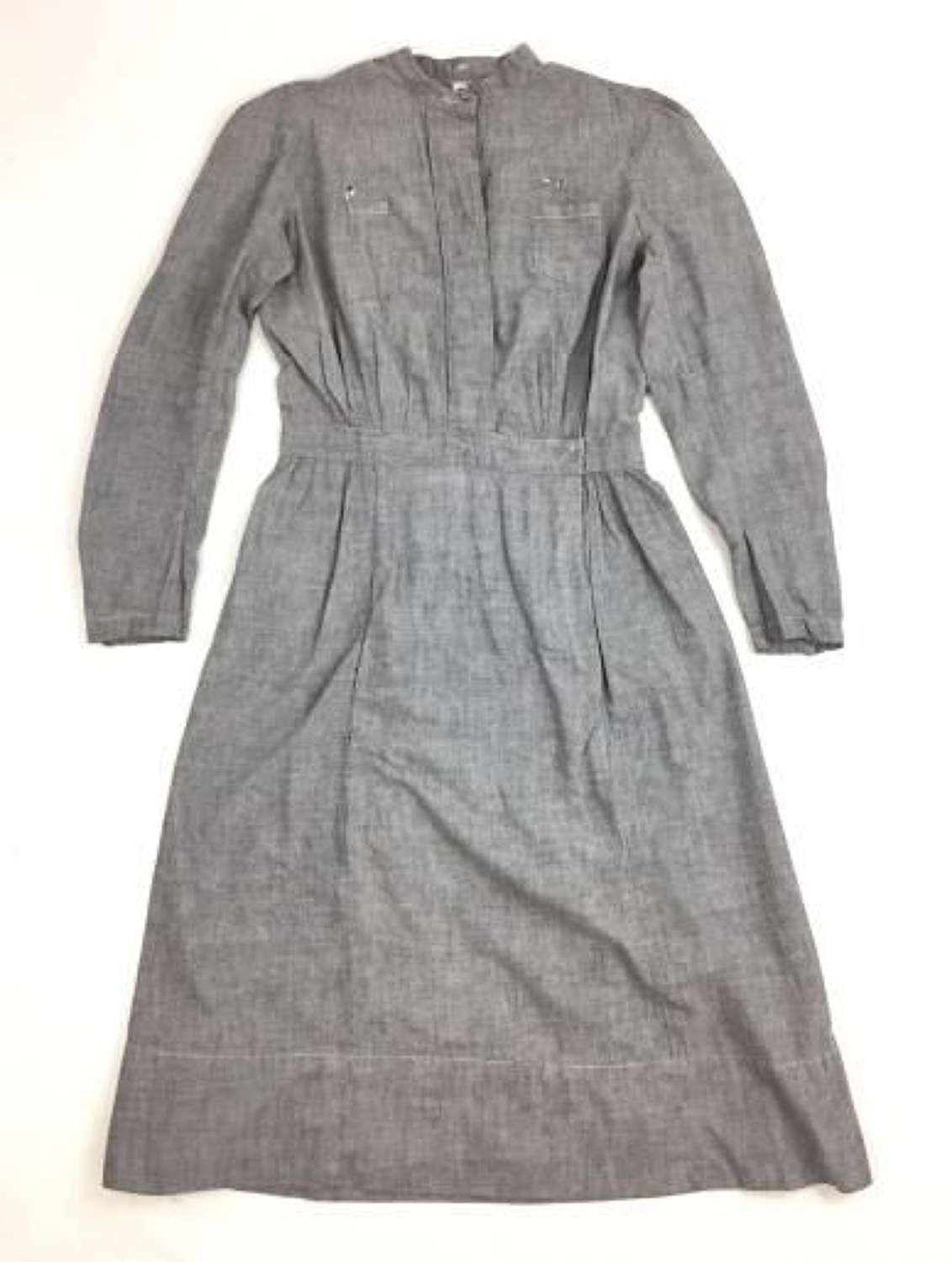 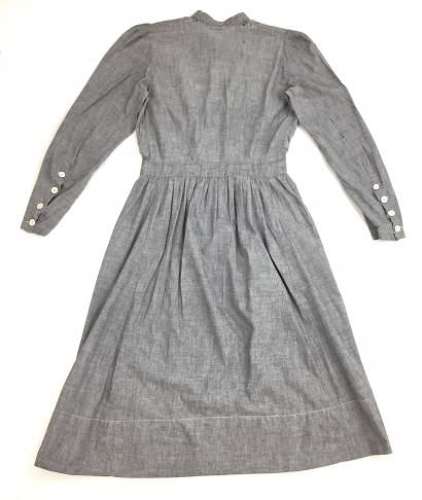 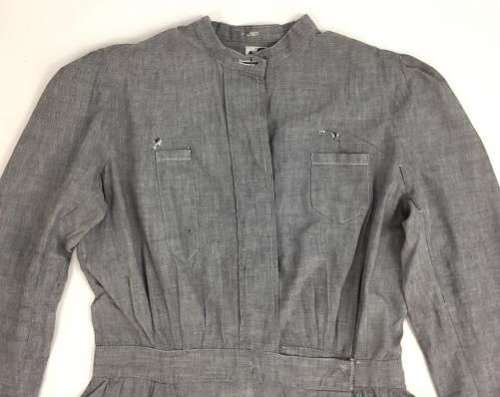 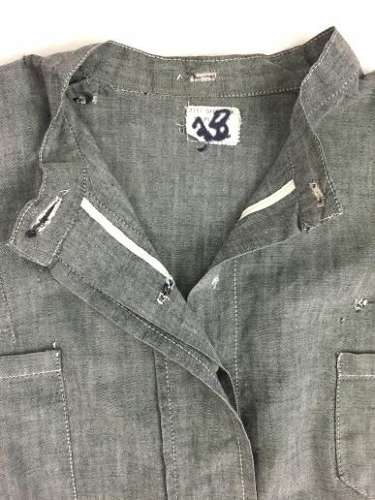 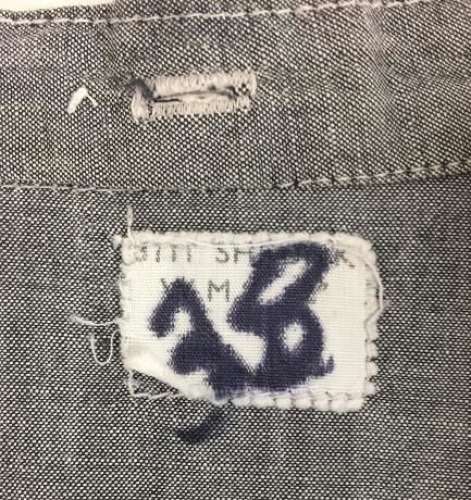 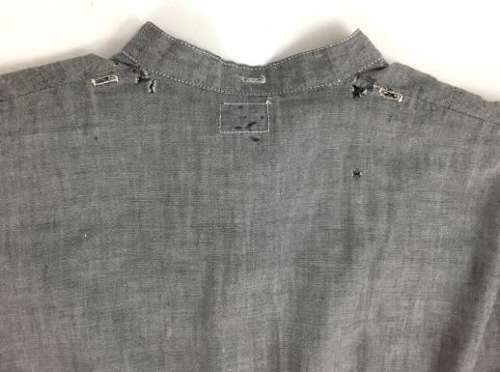 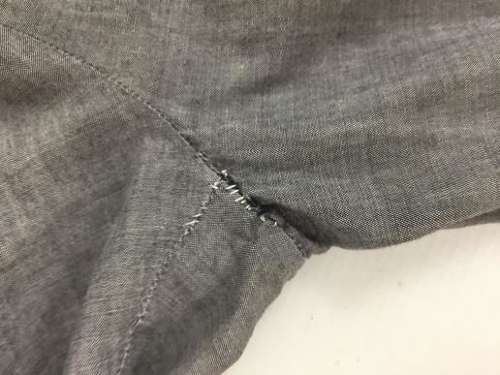 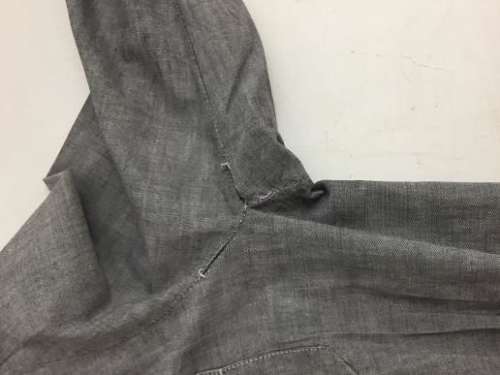 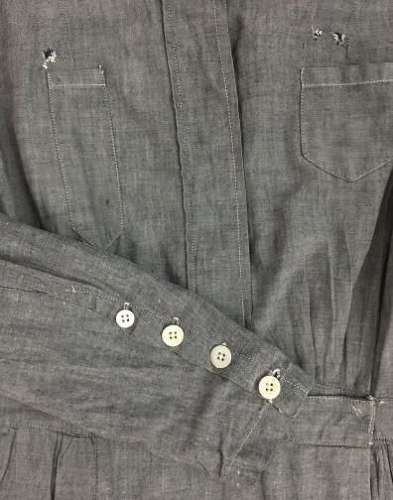 SOLD
An original WW2 period grey nurses dress as used by St John Ambulance and QAIMNS nurses amongst others.

This pattern of dress was used by a variety of different nursing services before and during the Second World War. It features two breast pockets, one which is long and thin and the other is shorter and wider. The cuffs are close fitting featuring four buttons and the front buttons are covered by a fly front. The last button hole is intended to be worn with a collar stud to which a starched collar would be attached.

Inside the neck of the dress is the original manufactures label which is typical of the period Sadly someone has written over it in ink making it hard to read today.

The condition of the dress is god for its age and it displays well. It does however have a few holes in it, namely to the rear around the collar and above the two breast pockets. It is possible that the ones above the breast pockets were made to affix things to such as a watch or other instruments or part of a nursing uniform. Both arm pits have also been stitched together by hand where they have previously come apart. Please study the pictures as all the flaws are shown.

All in all a good example of a period nurses dress which has a couple of issue but generally speaking displays nicely.