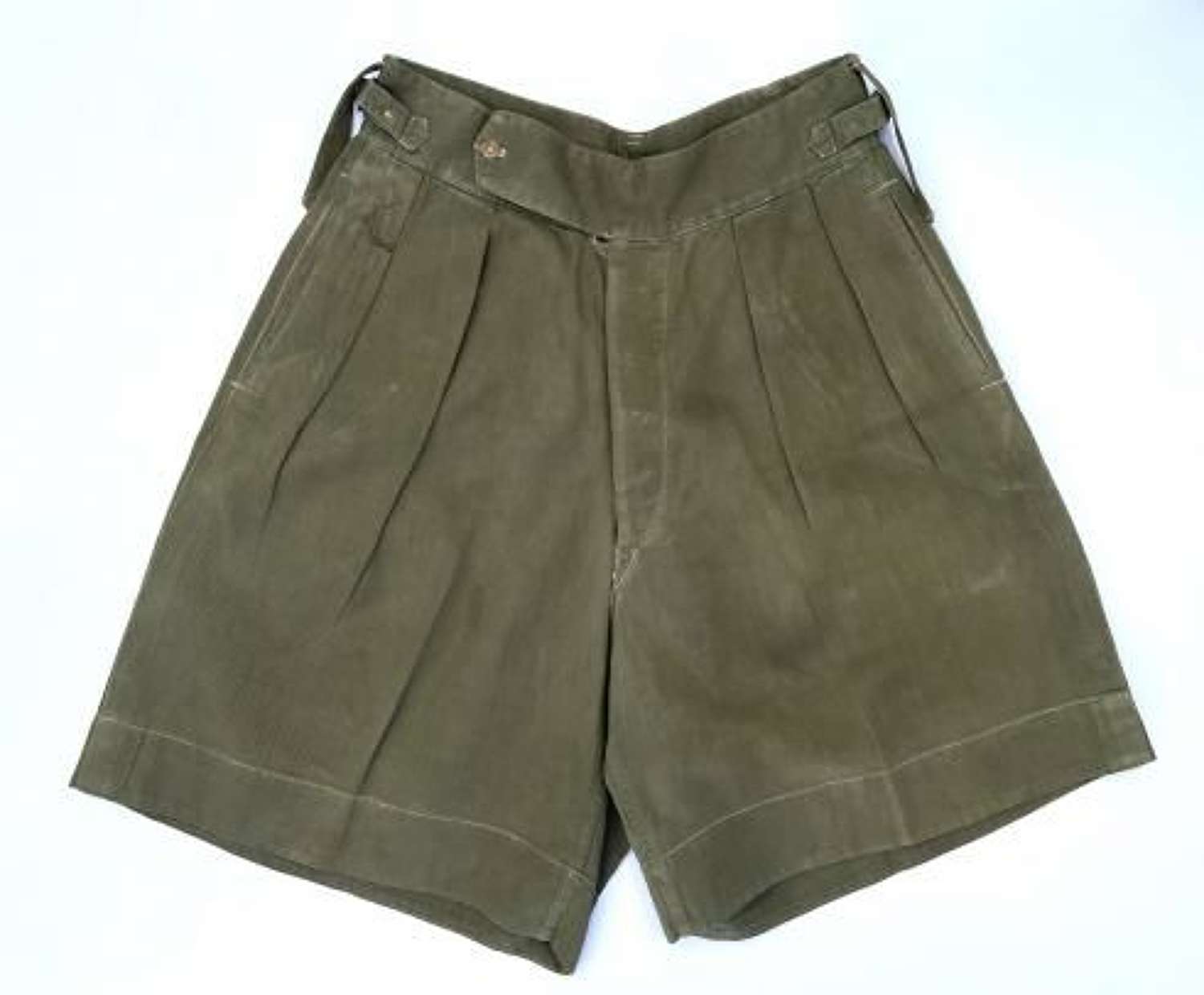 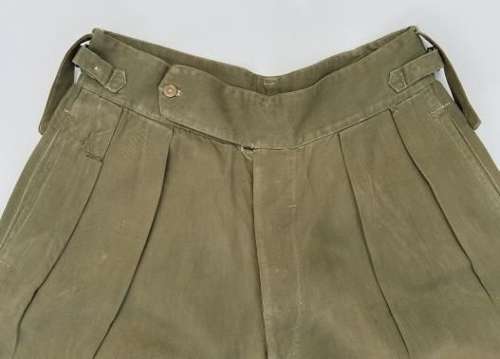 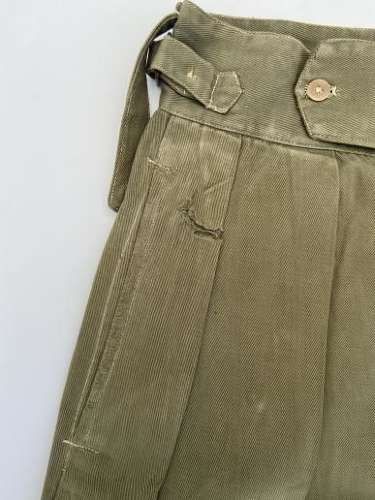 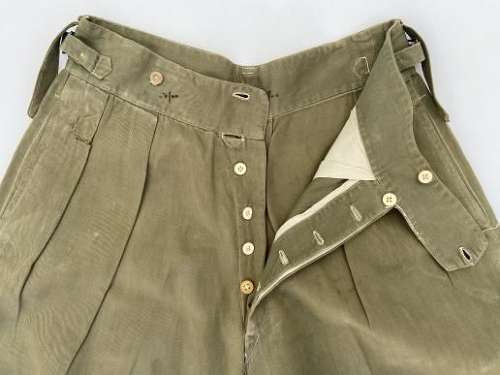 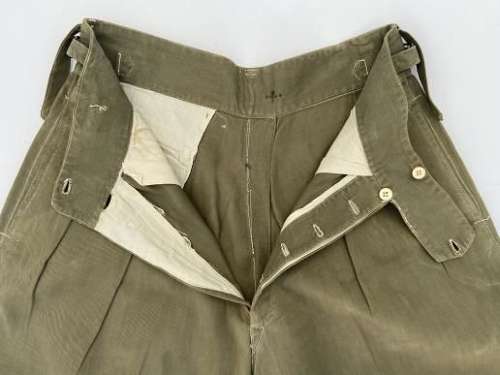 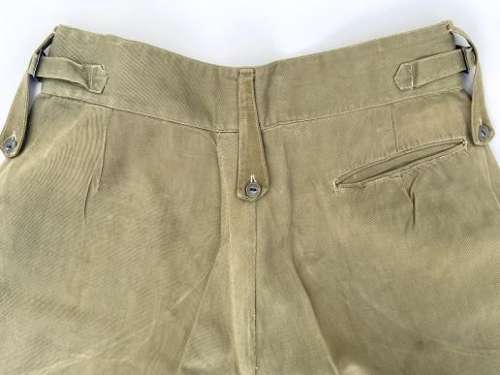 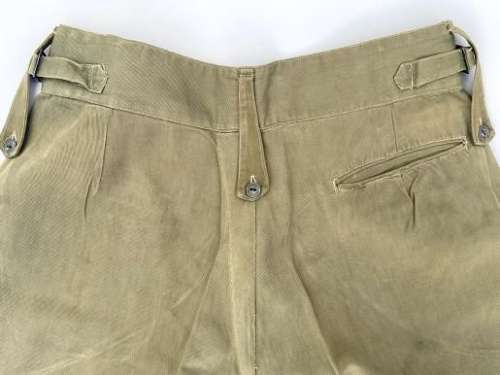 An original pair of British Military theatre made jungle green shorts dating from the 1940s.

These shorts are typical of those worn by mens serving in the British Army and RAF during the 1940s. They are clearly theatre made as is commonplace with tropical uniforms, most likely in India or the Far East. The cut and design of the shorts as well as the buttons indicates that these are most likely wartime manufacture.

The shorts feature a button fly and belt loops as well as waist adjusters. Slash pockets can be found in the side seam along with a single rear pocket. The lightweight white material used for the pocket bags is typical of theatre made jungle shorts.

The shorts are a smaller size and should fit someone of around a 28" waist, depending on desired fit. When laid flat they measure -

The shorts are in good condition overall but do have some damage to the front as shown in the pictures. They still have plenty of wear left in them but please remember that they are a pre-worn pair of vintage trousers and may have small issues consummate with their age.

A good pair of original 1940s Jungle Green shorts which would suit a WW2 Far East collection or impression.