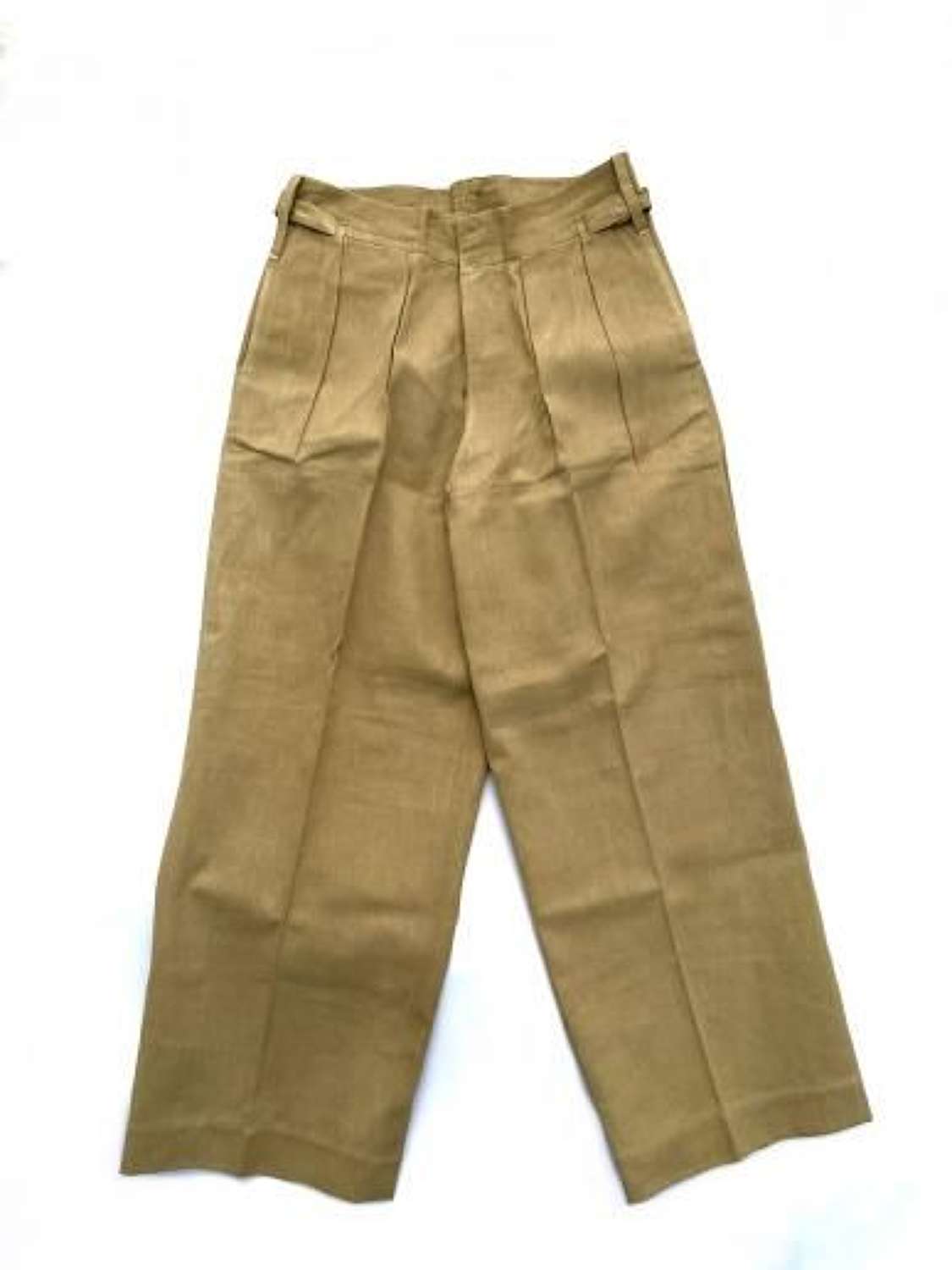 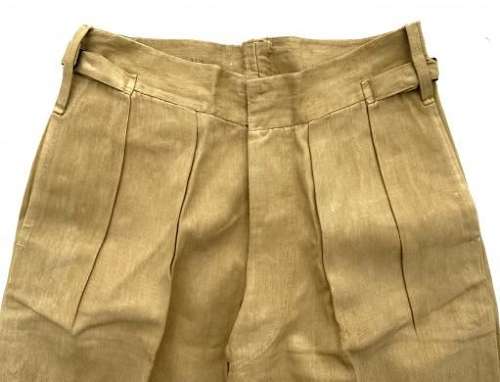 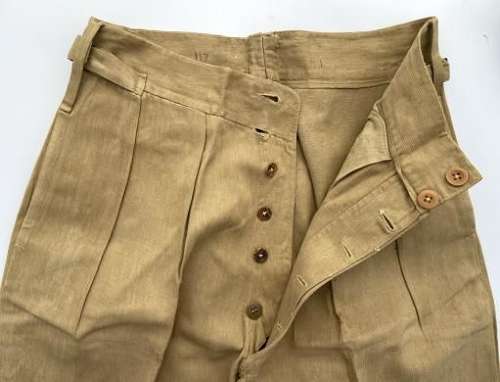 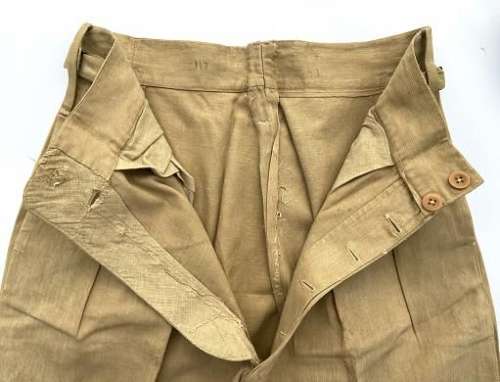 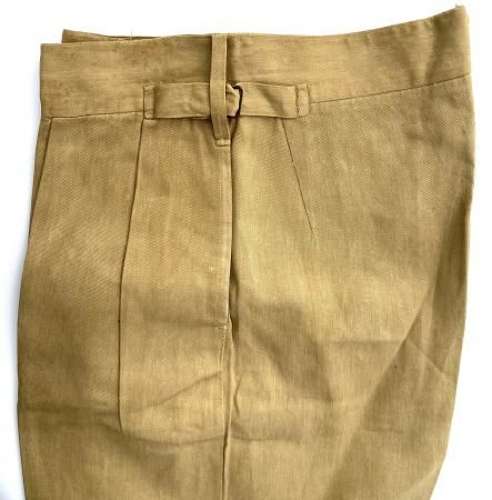 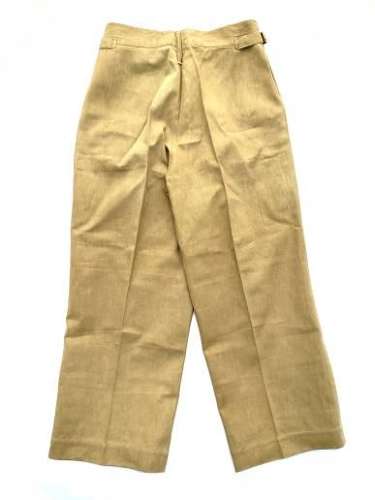 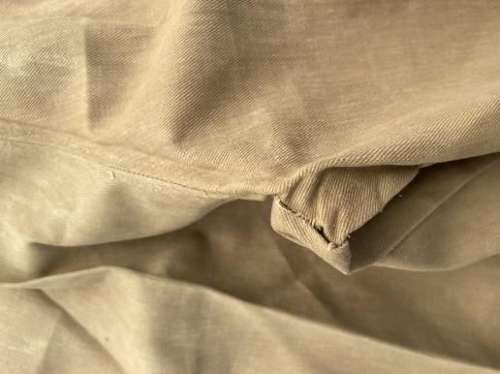 The trousers are made from the standard Khaki Drill cloth used for trousers and shorts and feature slash pockets to each hip and no rear pocket. The front feature twin pleats and the fly fastens with buttons. Waist adjusters can be found on each hip which are yet another typical period feature.

The trousers are a small size and when laid flat measure -

The trousers are in good condition with the usual signs of wear and use. There is a small area in the seat where about 1" of stitching has come apart but this does not overly affect the trousers. They are in still a very wearable pair of trousers but please study the pictures to ascertain a clear idea of the condition.

A good original pair of 1940s British Military Khaki Drill Trousers which would make a good addition to any collection.