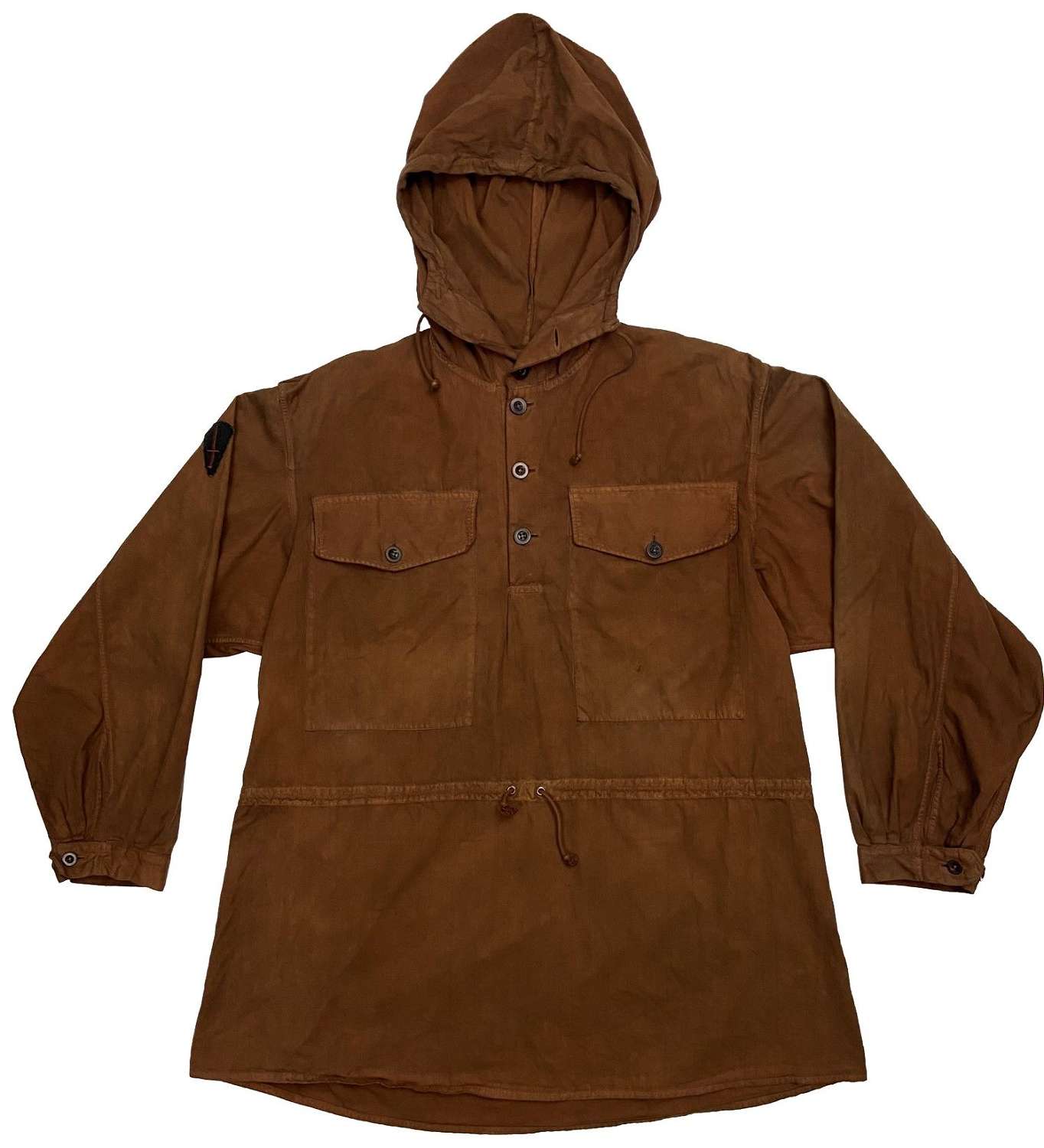 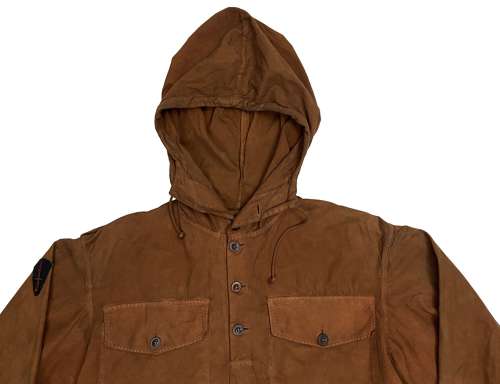 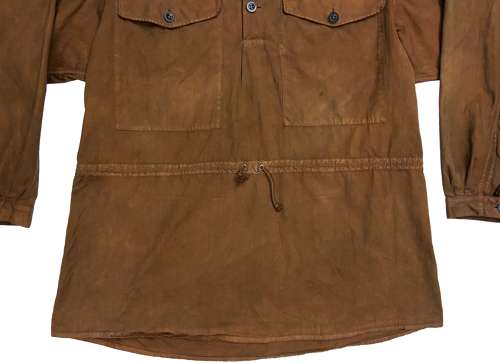 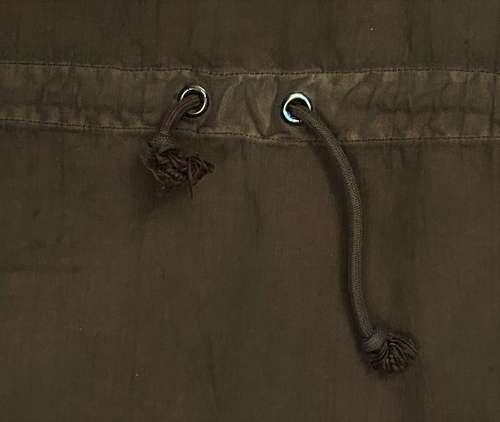 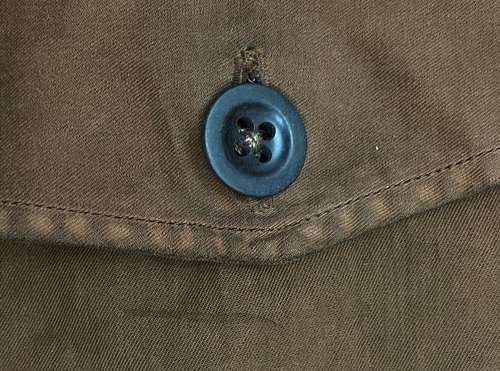 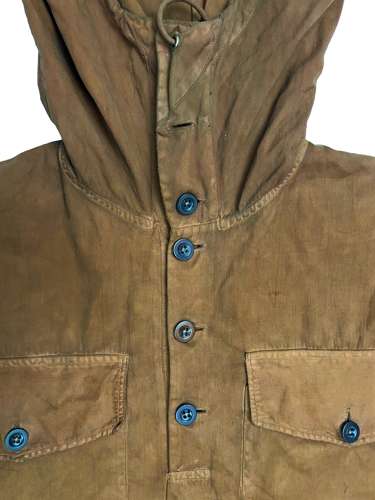 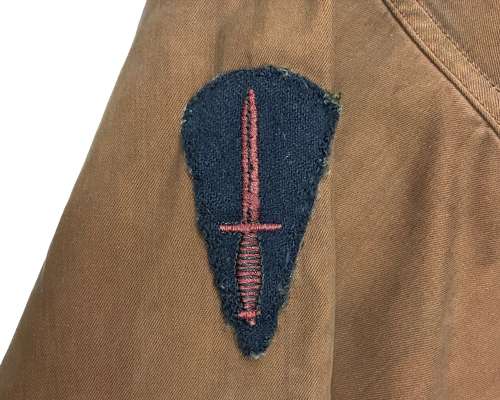 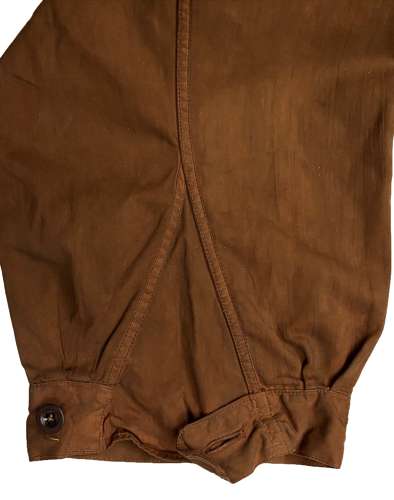 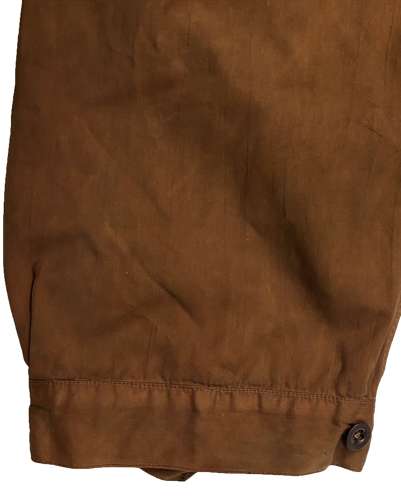 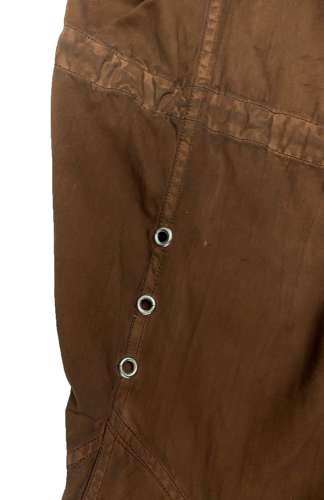 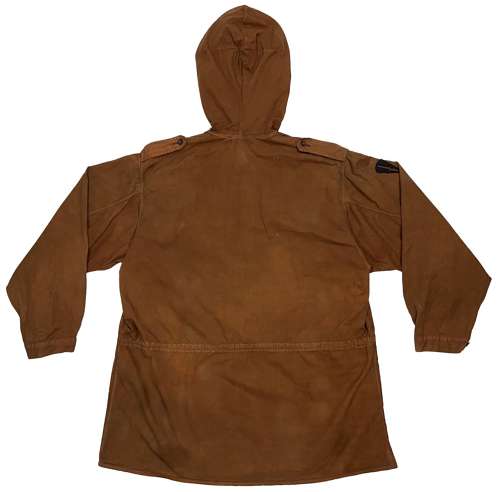 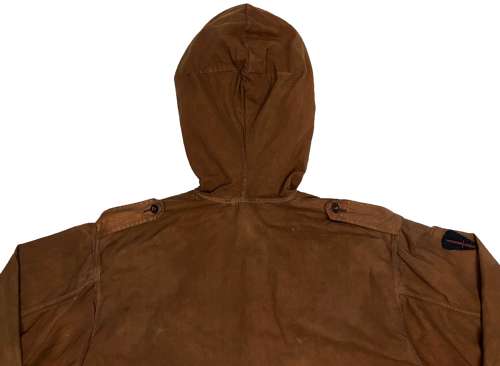 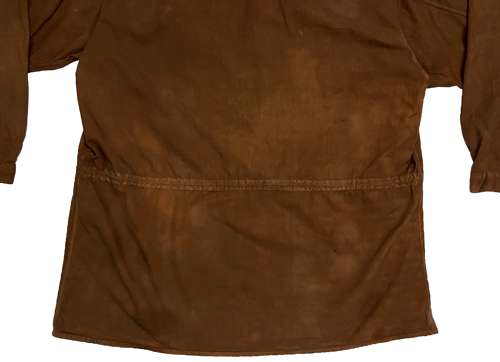 An original 1940s Swedish windproof smock which has been overdyed brown and used by a British Royal Marine Commando.

This pattern of smock was made in Sweden during the 1940s and is the rarer, lightweight version. It is made from what appears to be a high quality gabardine which is very smooth and soft to the touch. It features patch pockets to the chest, a drawstring waist and a hood which also has a drawstring. The neck opening features a high buttoning neck and the cuffs also fasten with buttons.

The smock would have originally been white but has been overdyed brown. The original owner has also changed the buttons for dark brown examples and added a Royal Marine Commando badge to the right sleeve.

The smock, like all smocks from the period, is cut wide across the chest and shoulders. It is designed to be worn as an outer layer over a uniform to help protect the wearer from the elements. It will fit a small to medium build depending on desired fit and when laid flat measures -

The smock is in good condition. It has plenty of signs of wear and use but is very wearable overall. Please study the pictures before purchasing and bear in mind that this is a vintage pre-worn item which may have small issues commensurate with age.

A fantastic original WW2 period smock which could well have some very interesting history. You won't find another the same as this!