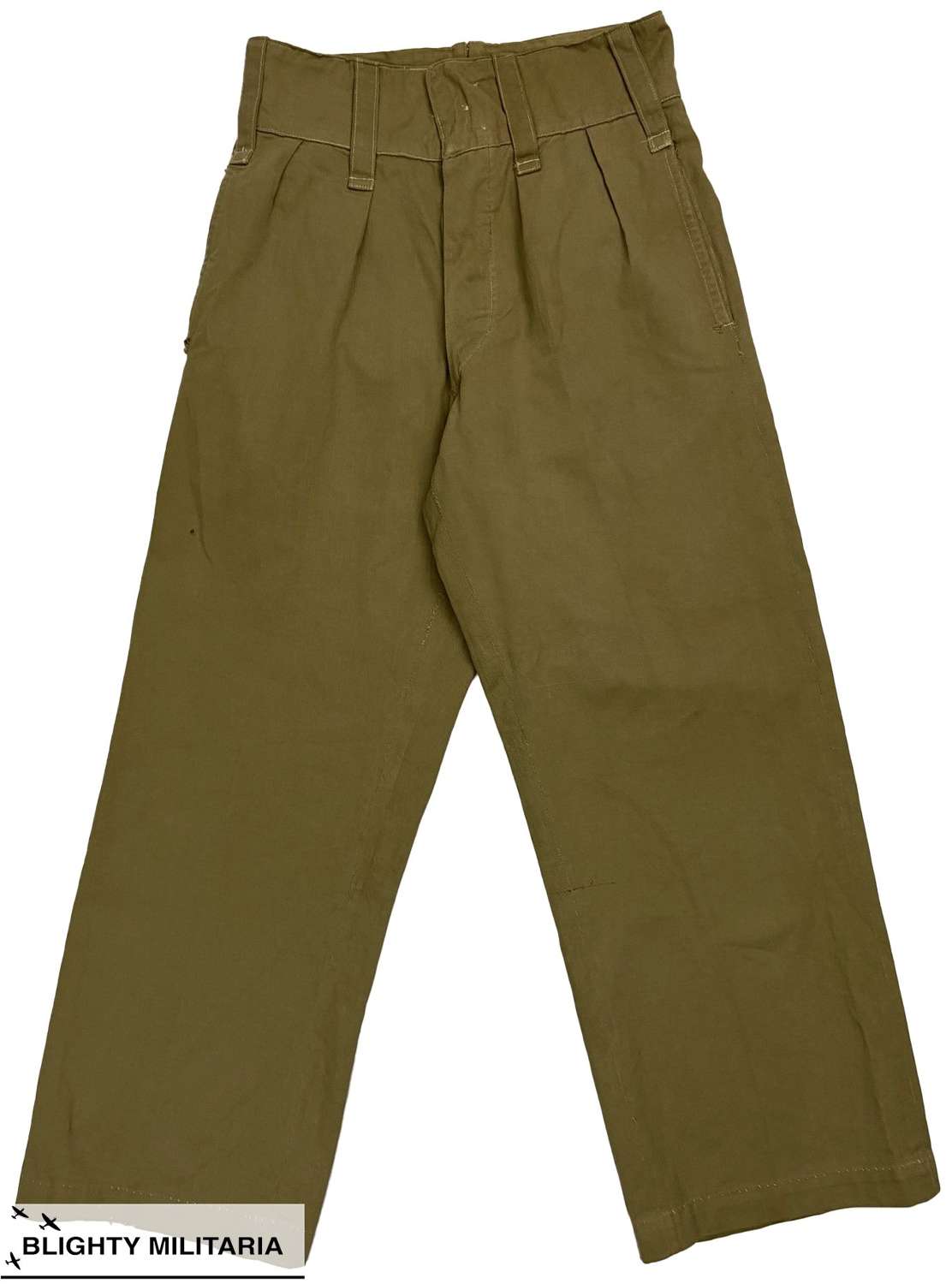 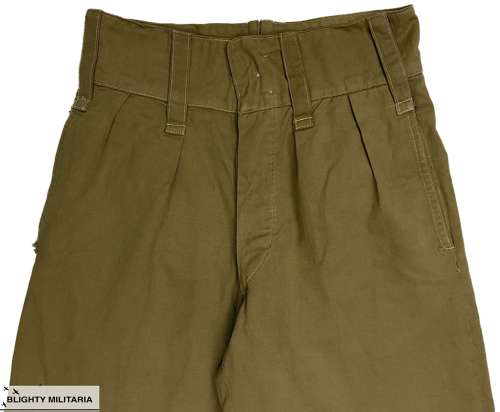 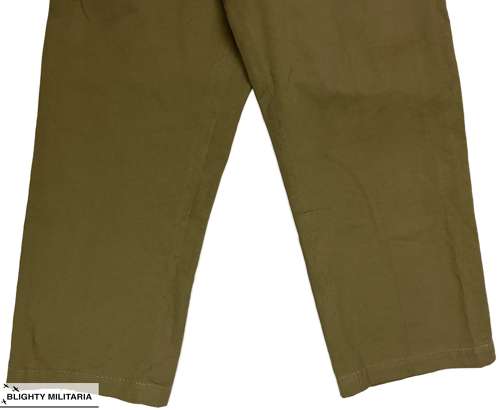 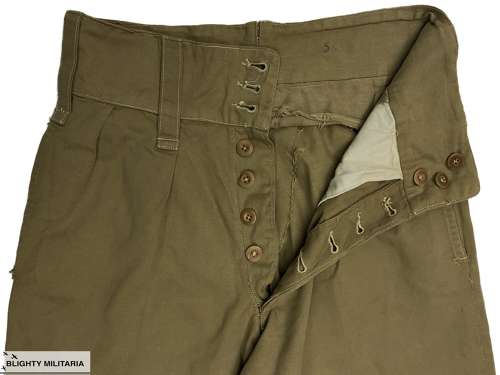 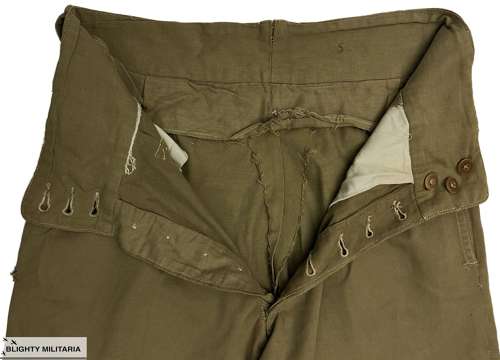 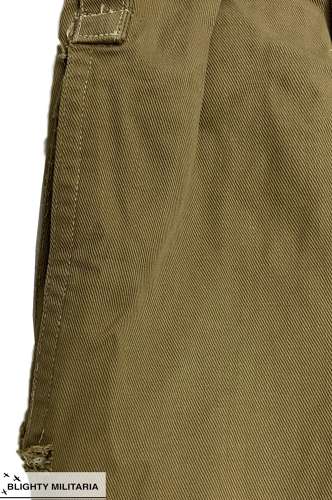 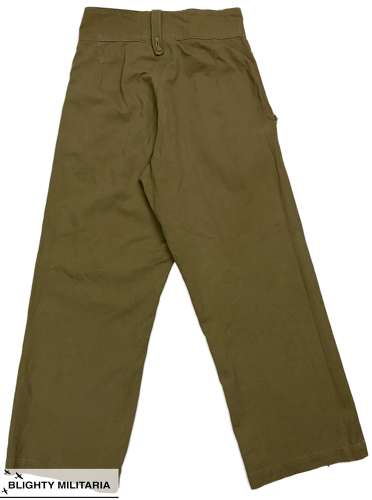 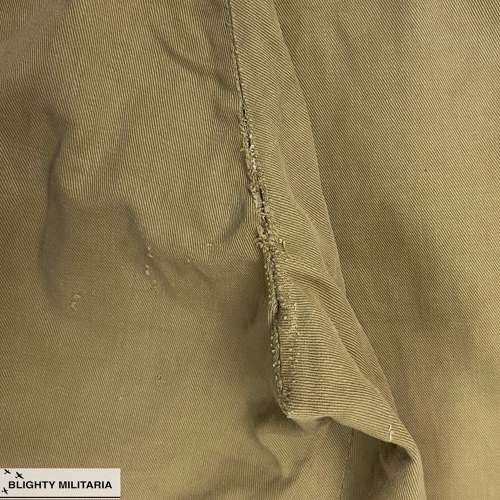 These trousers are typical of those issued to men serving in the British Army, Royal Air Force, Royal Navy and other units during the Second World War. Theatre made clothing was common, particularly with officer's who could afford to buy private purchase items whilst serving in different parts of the world.

The trousers are made from the standard Khaki Drill cloth used for trousers and shorts and feature slash pockets to each hip and no rear pocket. They are cut with a high rise waist and a wide leg which was the standard fit throughout the 1940s and into the early 1950s. The trousers feature a button fly and most interestingly, a three button fastening to the waist band.

The trousers are in used condition with signs of wear and use. There are small tears at the pocket corners and some staining etc. The seat has been let out leaving the stitching a little loose as illustrated in picture 8. They are still a wearable pair of trousers but please study the pictures to ascertain a clear idea of the condition.

A good original pair of 1940s British Military Khaki Drill Trousers which would make a good addition to any collection.