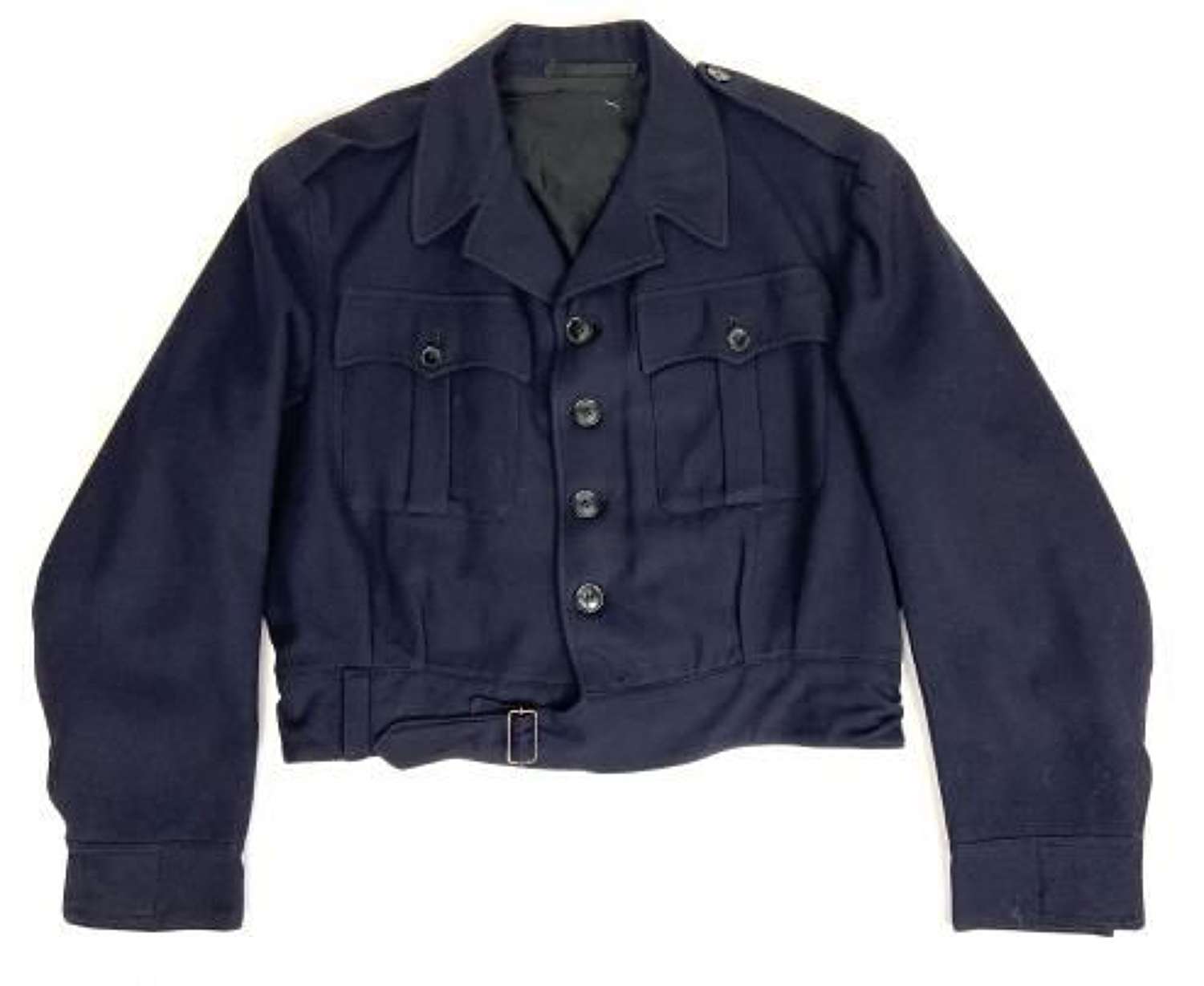 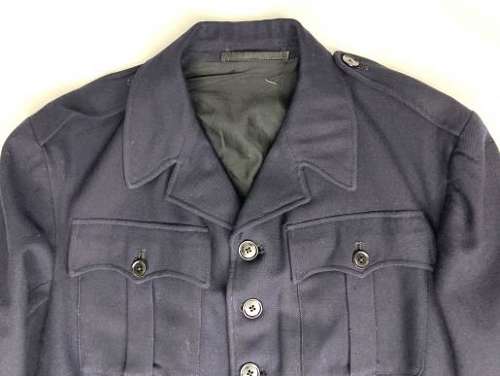 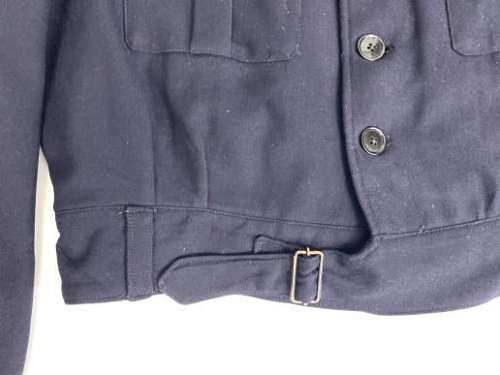 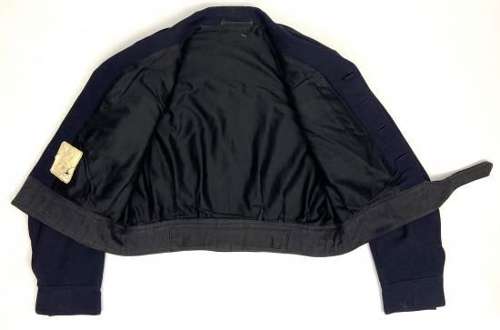 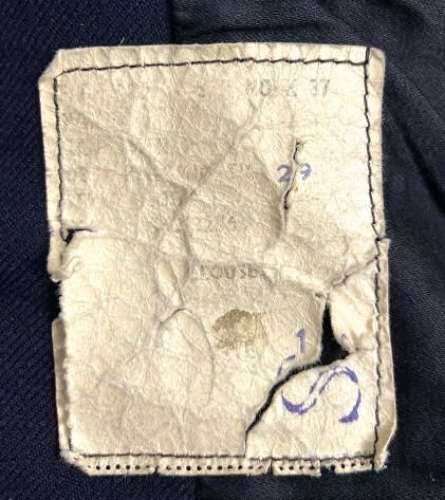 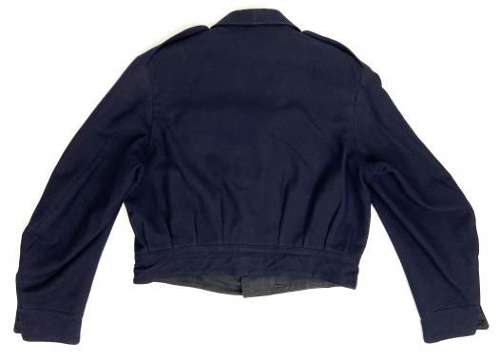 This style of jacket was extremely popular during the Second World War with various branches of the Military and I believe this example to be either a Royal Marines or Royal Navy pattern due to its colour and also the label.

These blouson jackets were also popular for civilians both before and after the war and can be seen in many contemporary photographs. The cyclist jacket was very popular in mainland Europe as well as the UK, with ex military jackets such as this being a popular choice in the immediate post-war years.

This jacket features exposed buttons suggesting that it is a wartime economy pattern jacket. The collar features an open-face downward point notched collar which would suggest to me that it is a later wartime pattern, as this style became increasingly popular as the years went on. The waist fastens with a belt and wire buckle as is standard on battledress jackets with the buckle being the wire pattern usually found on early war jackets.

The interior of the jacket features a full lining and a paper label. Most the details are no longer legible on the label sadly but the style is in keeping with Royal Marines and Royal Navy items of the period.

The jacket is a larger size and will fit around a 42" chest depending on desired fit.

The jacket is in good condition for its age with no major issues or signs of undue wear. It displays well and certainly has plenty of wear left in it but may have small issues consummate with its age. Please study the pictures as they form part of the description and bear in mind that this is a pre worn vintage item.

All in all a nice original WW2 period Battledress Blouse with some great details. It would make a nice addition to any wardrobe or collection with a doubt!