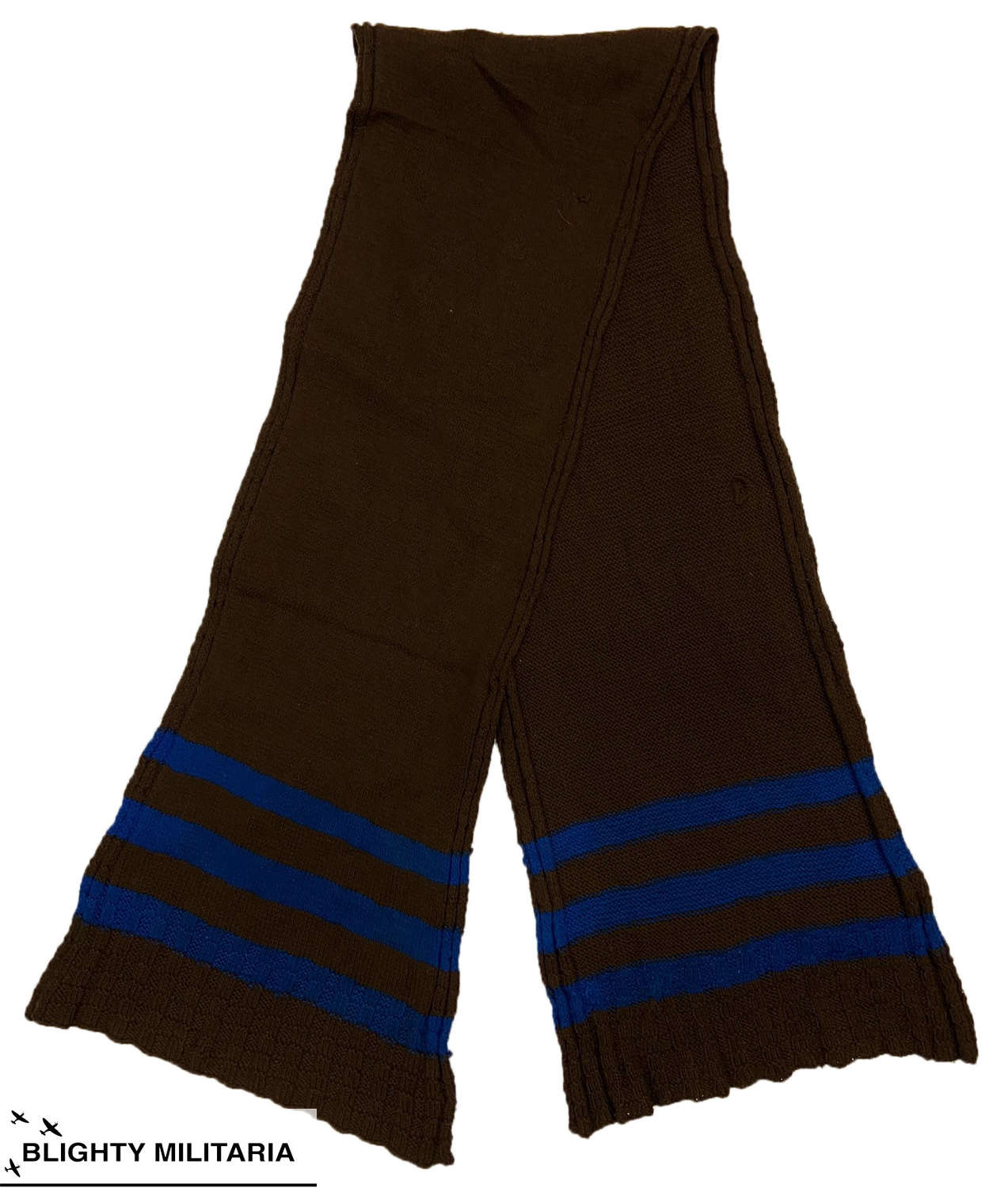 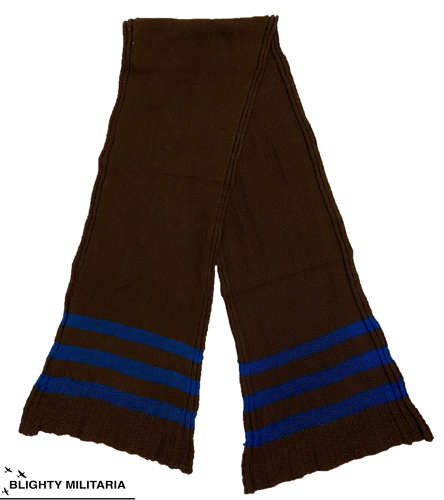 A long wool scarf which belonged to D. J. Lowe who served with the Royal Army Ordnance Corps in North Africa and Italy during the Second World War. He saw service with the 8th Army in North Africa before going to Italy with the 4th Division during 1944. It has been in a trunk since the war and is a guaranteed wartime item.

The scarf is knitted from brown wool and features three electric blue stripes. It is very long and very warm and is typical of the kind of civilian items worn by British officers during the cold nights in the Western Desert or the winters of the Italian Campaign.

The scarf is in good condition with some signs of wear and age.

A rare 1940s scarf which is typical of a British Army Officer's personal kit used during WW2.