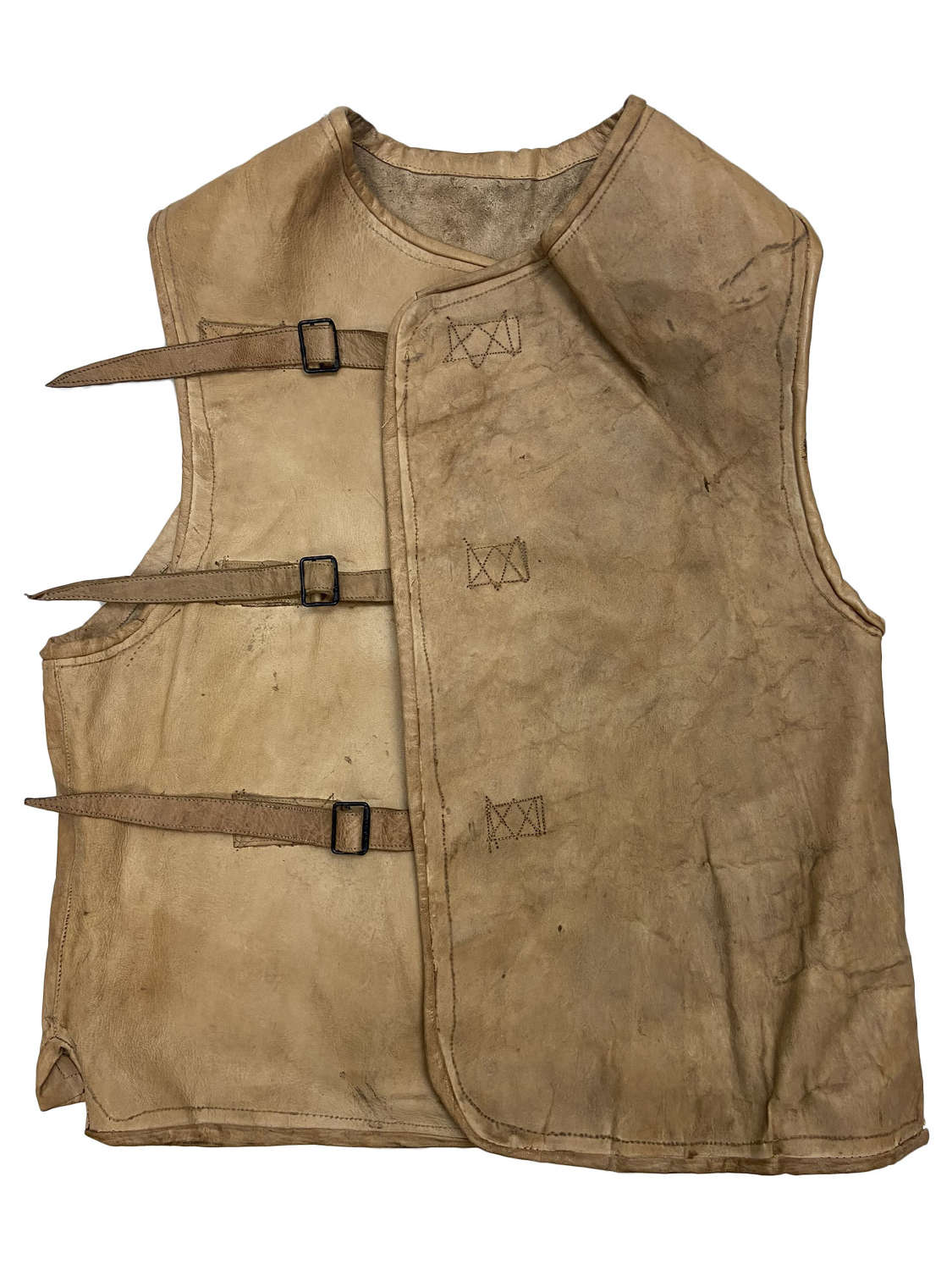 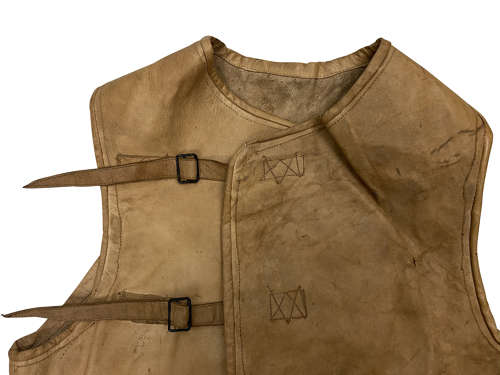 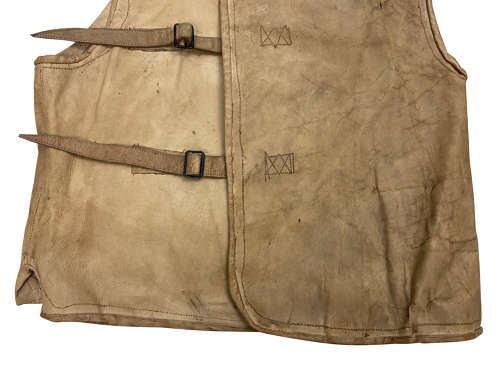 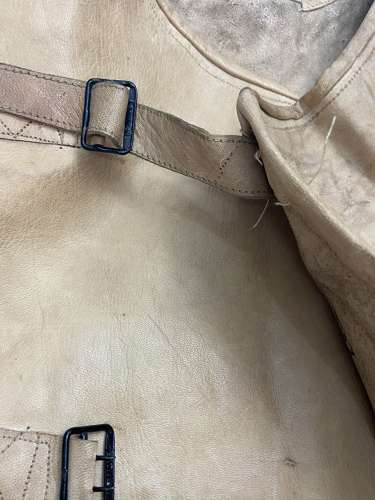 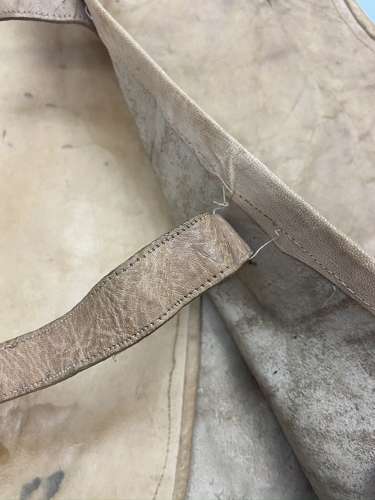 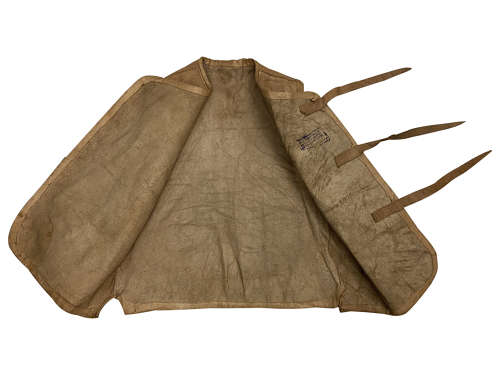 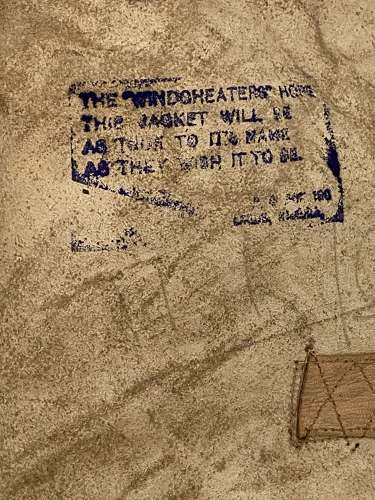 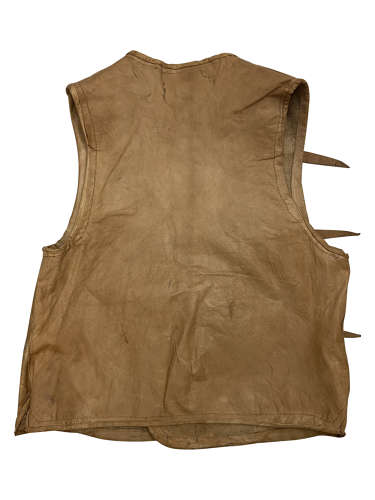 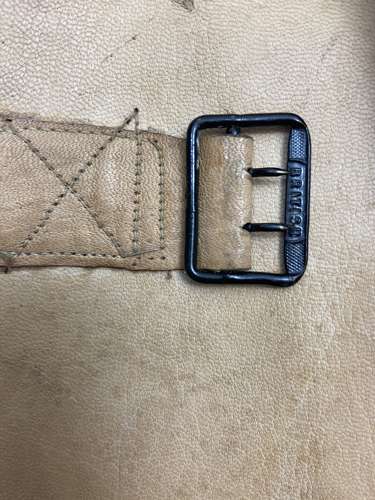 An original leather waistcoat which was worn by Captain Walter Scott Karran of the Intelligence Corps during the Second World War.

The item itself came with a number of other personal effects which belonged to Captain Karran during the Second World War. None of these items date from later so were clearly all stored away together at the end of the war.

This style of waistcoat was a popular private purchase item for those who could afford them during the war. It is made from a light tan coloured leather and features a double front which fastens with three buckles and straps. The buckles are typical of those found on the rear of men's waistcoats of the period and are marked 'British'. The interior of the waistcoat features an ink stamp with details about the garment.

The waistcoat is in good condition for its age with some signs of wear and use. There is some staining and a couple of small areas where the stitching has come away on the front belts. This is detailed in the pictures and does not affect the way the item displays.