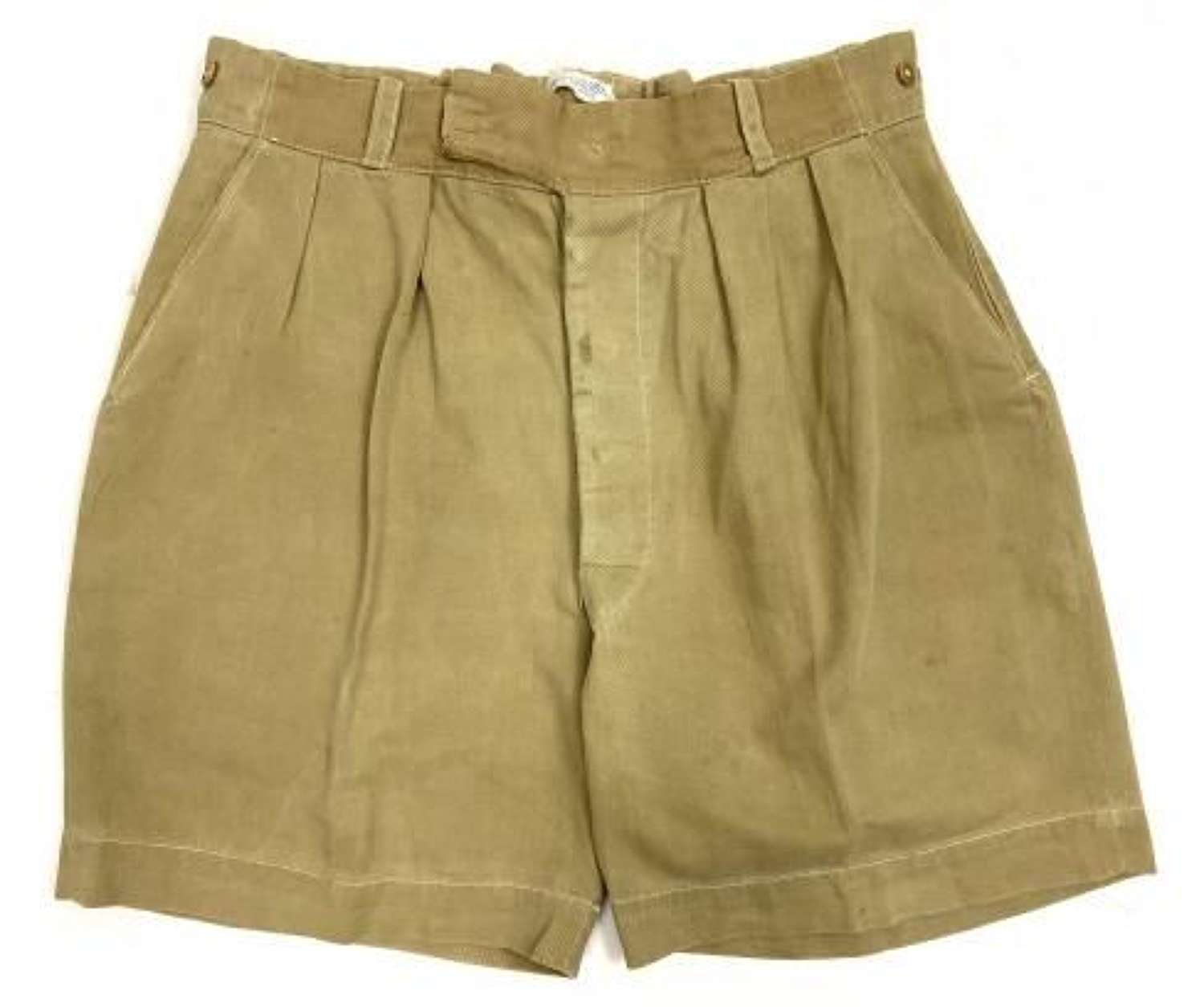 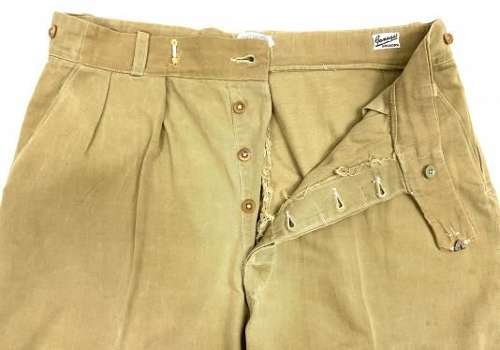 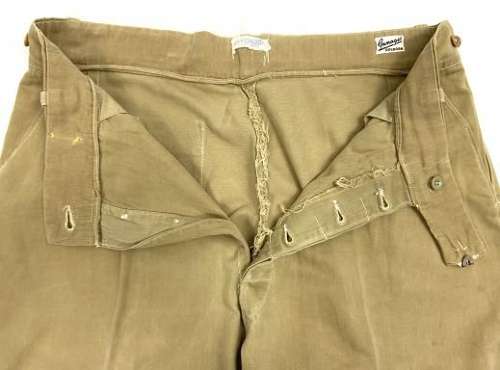 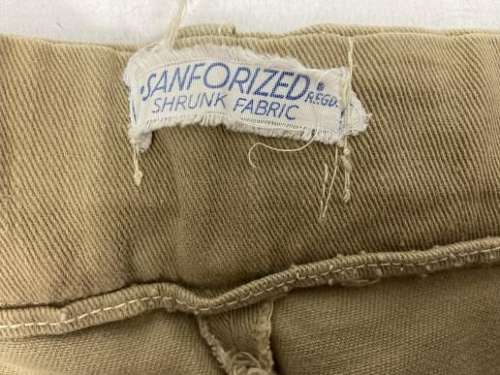 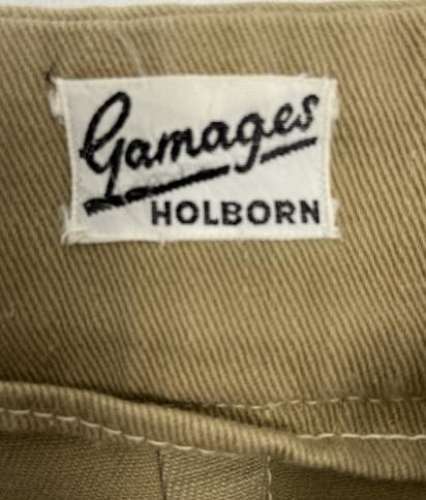 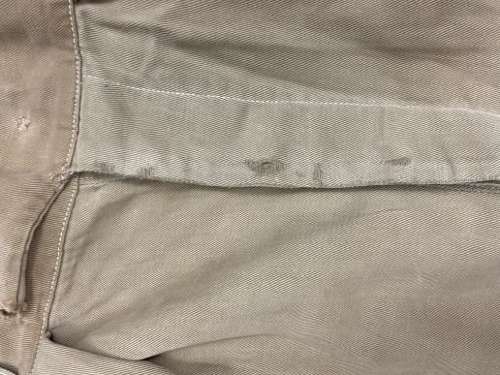 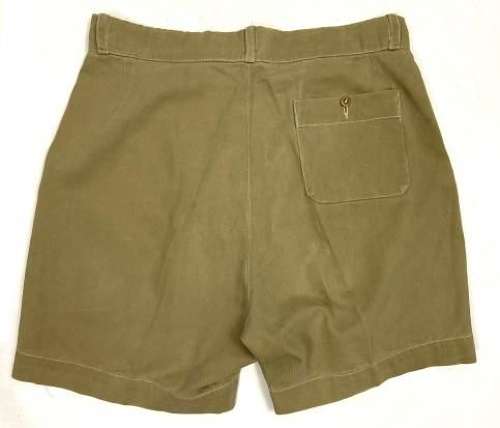 SOLD
An original pair of British Khaki Drill shorts made by 'Gamages' in good condition.

These shorts are typical of those worn during the 1940s and 1950s by both military personal and civillans. They were made by 'Gamages' of Holborn, London, who were a prolific manufacturer of such items in the inter-war period as well as the immediate post-war era. This type of shorts were popular with men in the summer but could also be a private purchase pair bought by an Officer for use in the Army, Air Force or Navy serving overseas.

The shorts feature a pleated front and a narrow waistband with belt loops. Tabs can be found on either hip which are attached with a piece of elastic and allow the shorts to be pulled in at the waist. This is a typical period feature.

Two labels can be found inside the shorts and are both undoubtedly original. The first is the standard Sanfarized label seen during this period whilst the second is the makers label which reads 'Gamages, Holborn'.

The shorts have an adjustable waist allowing an inch or so movement and should fit around a 32-34" waist. When laid flat and at their largest size they meaure -

The conditon of the shorts is reasonable for thier age but they do show signs of wear, as detailed in the photographs. Please study the pictures as these form part of the description.

A nice original pair of KD shorts with some wear etc in a good wearable size.