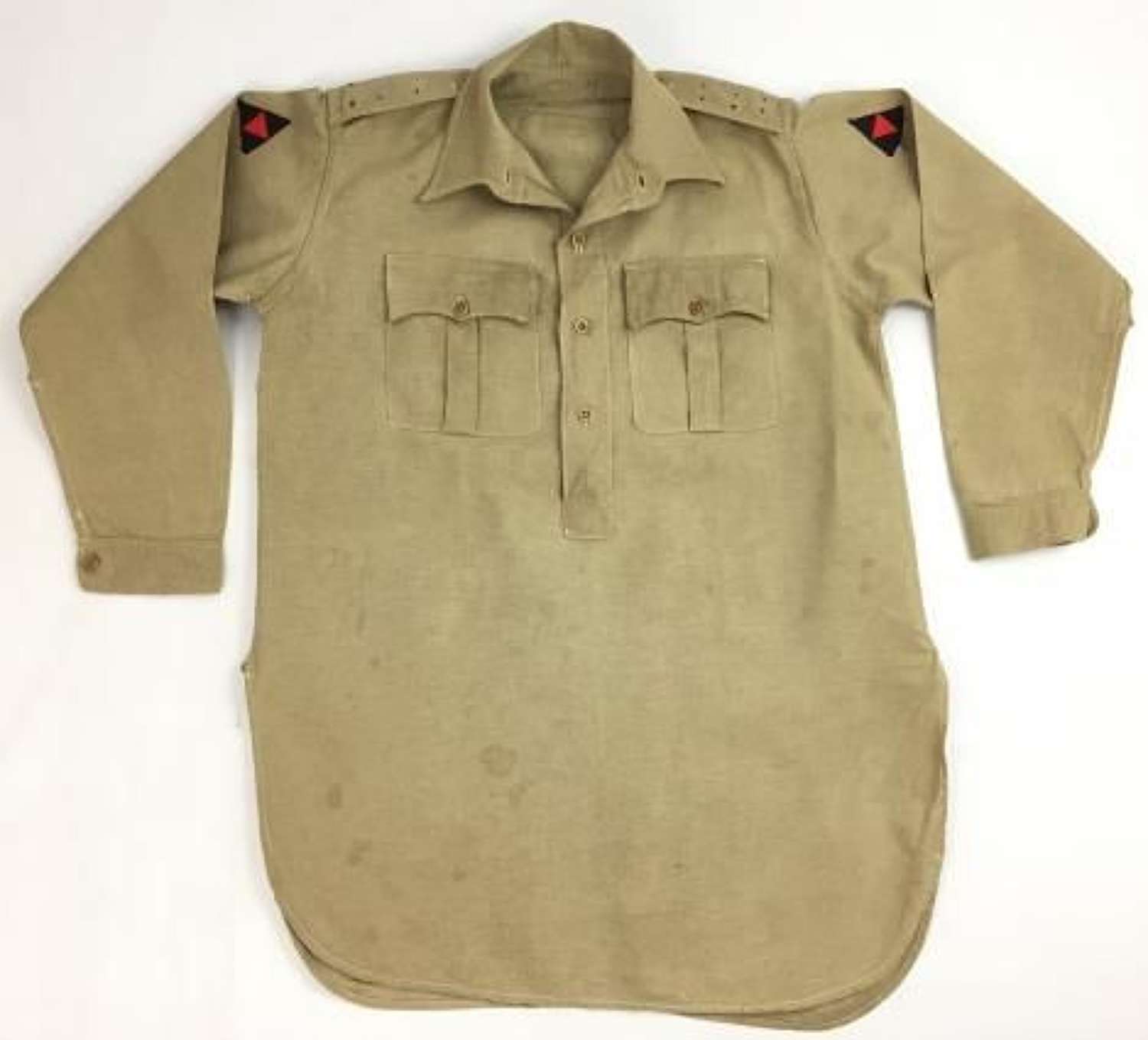 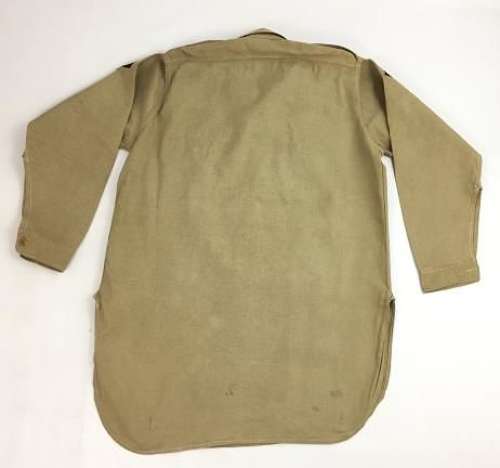 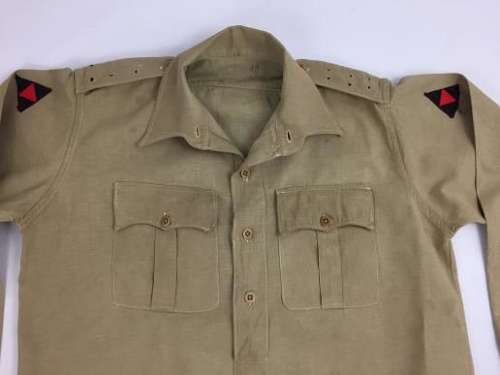 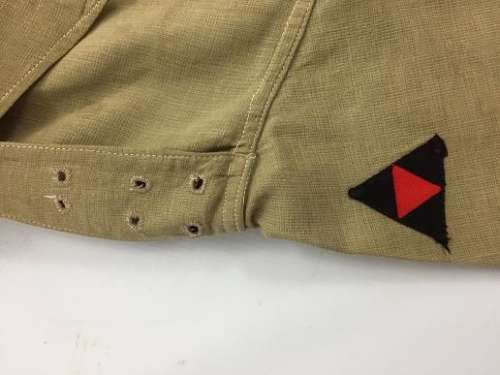 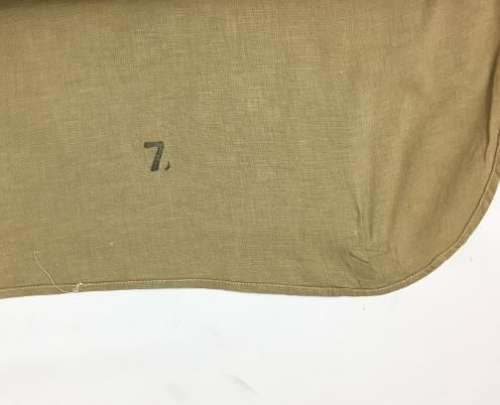 This shirt is made from cellular cotton, often referred to as ‘Airtex’ and is the earlier half button or ‘tunic’ front shirt which is pulled on over the head. In the post-war years this style was replaced with a more fitted full button front pattern of KD shirt.

The shirt features fixed epaulettes which have hand stitched holes in through which officers pips can be attached. The holes are hand stitched meaning that this shirt is most likely a theatre made example, like the majority of Khaki Drill used during the Second World War and the immediate post-war period.

The sleeves feature printed 3rd Division badges stitched directly onto the sleeve as was seen later in the war. Inside the tail of the shirt there is an ink stamp which reads ‘7’ which relates to the size which is very generous in this case. When laid flat the shirt measures -

The condition of the shirt is good for its age but it has been issued and worn. It has been laundered in its life and starched for smartness, as was common practice at the time. The starch can be washed out if you so wish. Overall the condition is however quite good and it displays well.

Altogether a nice original shirt in a harder to find large size which would suit both the re-enactor and the collector equally well.