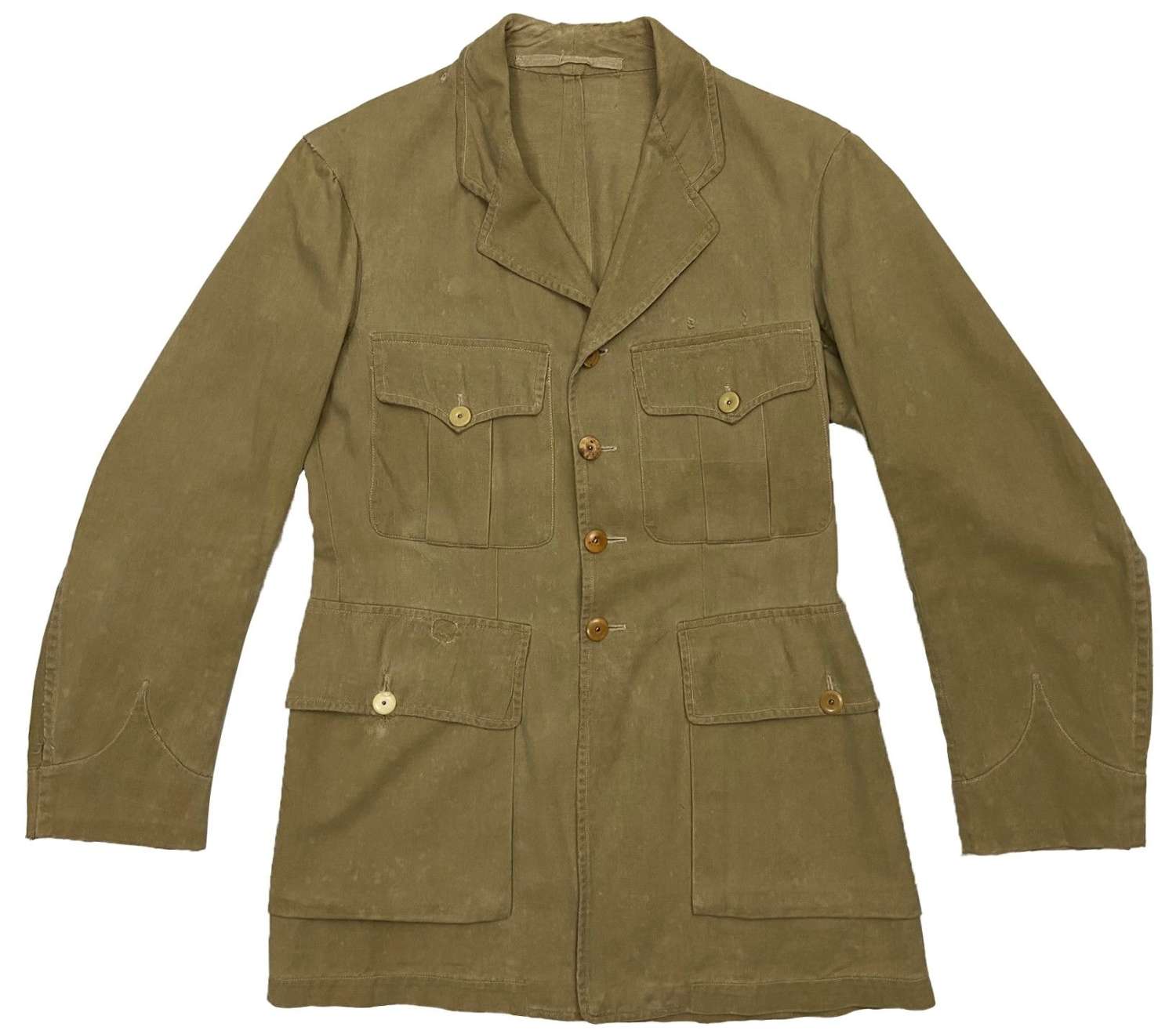 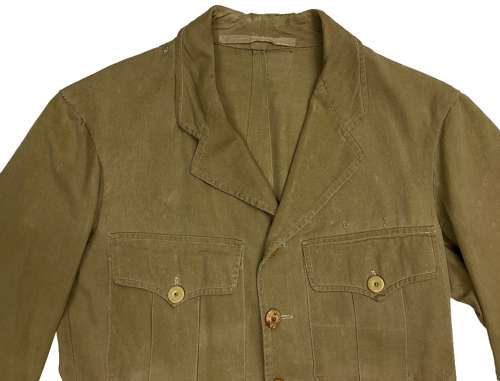 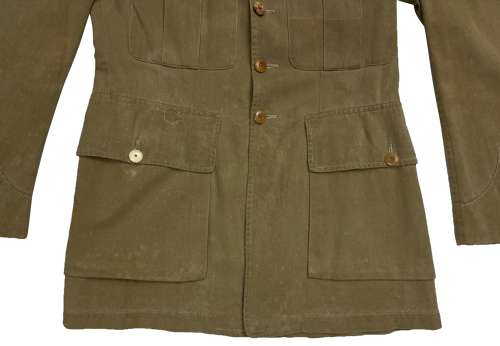 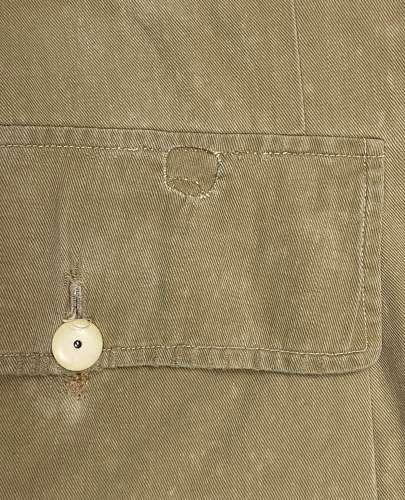 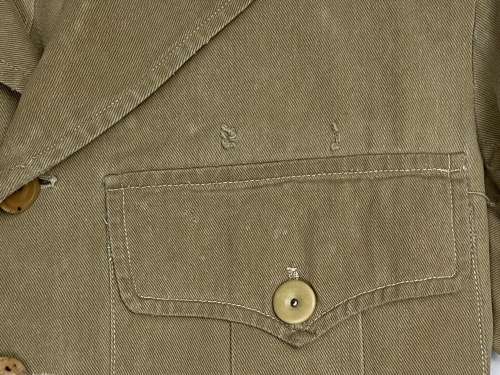 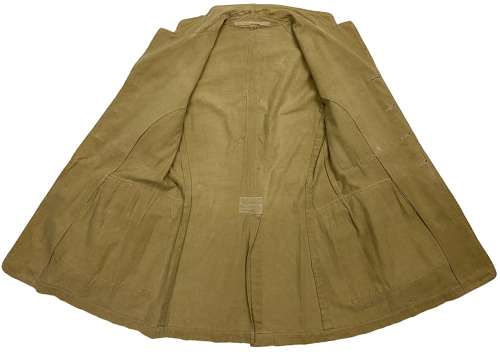 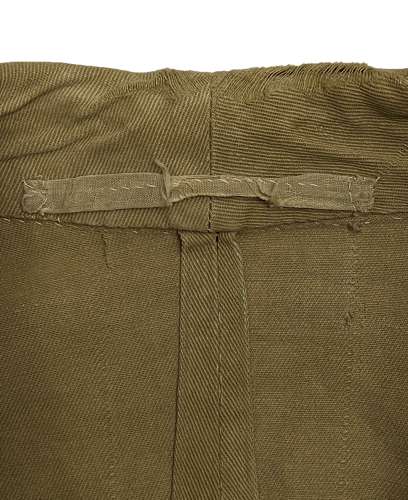 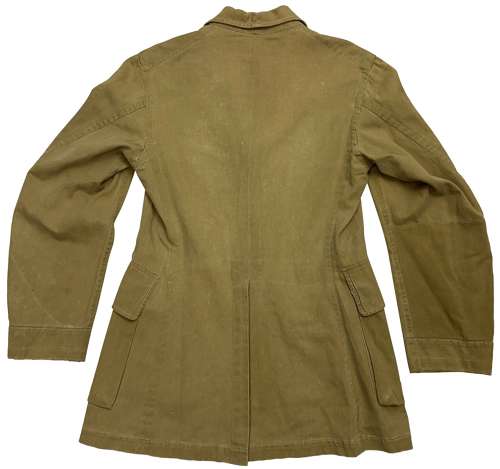 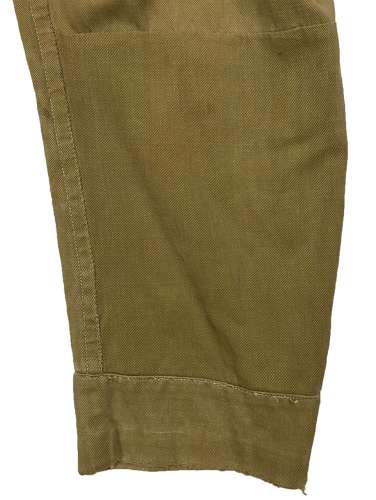 An original British Military Khaki Drill Bush Jacket dating from the 1940s and in good condition.

This jacket is typical of those worn by men serving with the British Army, Royal Navy and Royal Air Force in the 1940s and 1950s. It is devoid of any labels or markings which would suggest that this is a private purchase example, as is very common to find. Many officers bought their own uniform and equipment with Khaki Drill uniforms being no exception. The construction of this example would suggest that it is theatre made, as is common to find with original KD items.

The jacket features short sleeves, an open collar and patch pockets to the chest. Bellows pockets can be found to the rear portion of the jacket and the rear features a ling vent. The jacket appears to have previously been fitted with epaulettes.

The jacket is a medium size which will suit around a 36" chest. When laid flat it measures -

The jacket is in worn condition but is still very wearable. There is wear around the collar, a near little repair to one of the lower bellows pockets and a large repair panel has been added to the rear of the right sleeve. Please study the pictures and bear in mind that this is a pre-worn vintage item which may have small issues commensurate with age.

A nice original period KD bush jacket which would suit a re-enactor or collector well.