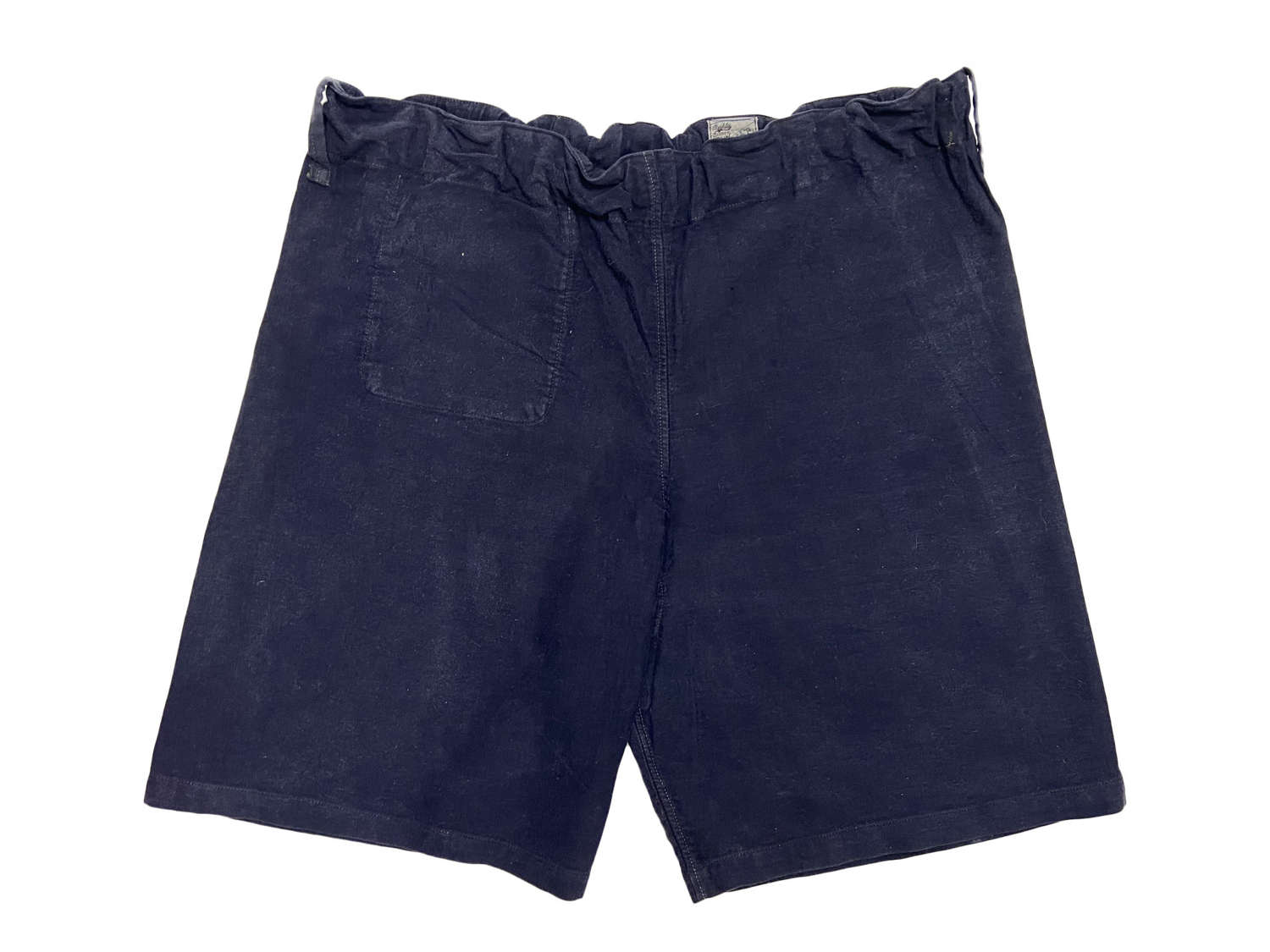 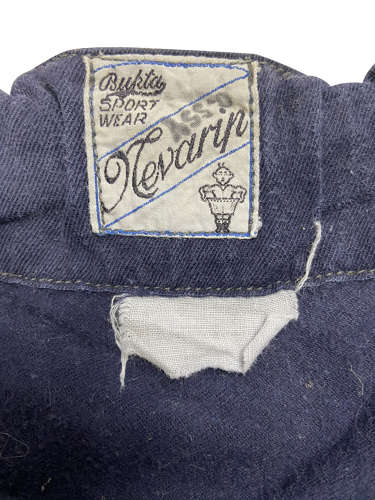 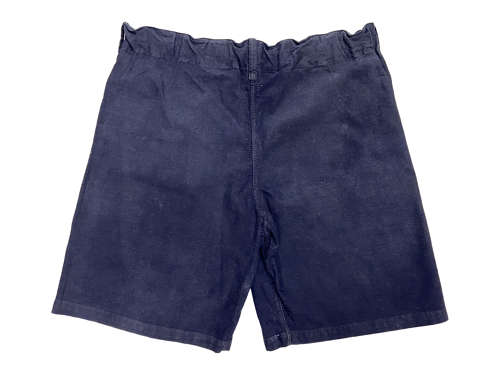 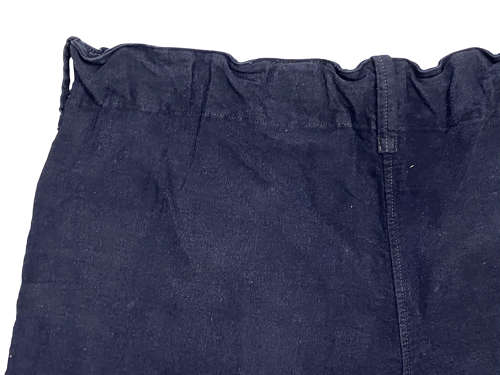 An original pair of 1940s navy blue sports shorts which belonged to a member of the Royal Navy during the Second World War.

This style of shorts was used by the British Army, RAF and Royal Navy during the Second World war for physical training and were often referred to as 'PT Shorts'. Whilst these were an issue item, it is not uncommon to find civilian examples such as this as part of uniform groupings.

The shorts are made from a lightweight, blue coloured cotton drill and feature an elasticated waist. A small patch pocket is located to the interior and belt loops are fitted around the waist. These details are not always found on Bukta made shorts which are often more plain than this and were no doubt more expensive in their day.

Inside the shorts the original label is present which is a typical 1940s Bukta label. It features the name 'Hevarip' which ay account for why they have more features than standard buckta shorts. Below this label is a second, washed out label which was more than likely a CC41 utility label originally based on the shape.

The shorts are elasticated so can fit a number of sizes around a 32-34" waist. When laid flat they measure 16 1/2" and when stretched out the measure 19".

The shorts are in good condition with only limited signs of wear and use. They have clearly been laundered as they are very slightly faded out but overall appear to be sound and wearable.

Altogether a nice pair of original 1940s shorts ideal for both the collector and re-enactor.