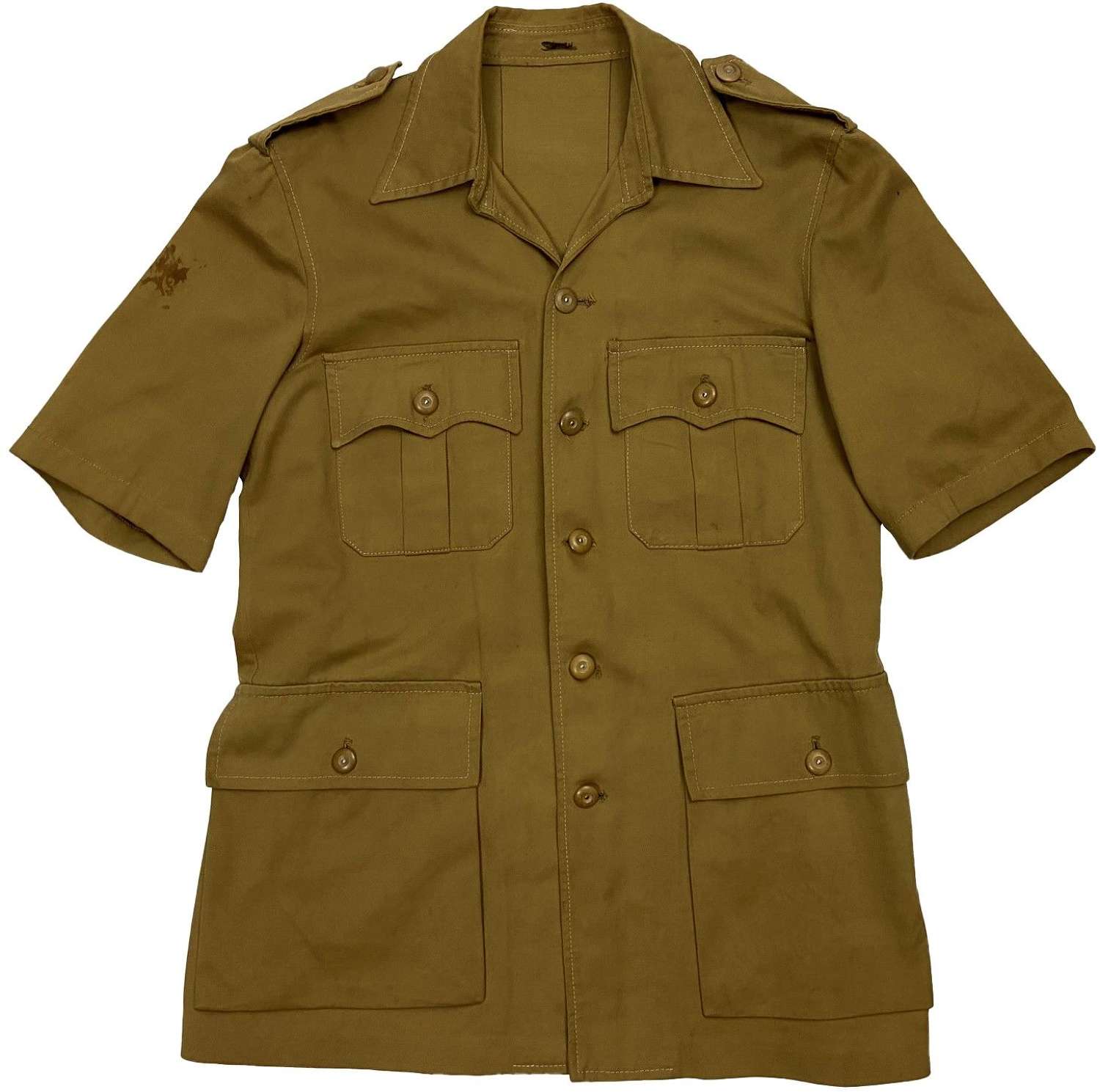 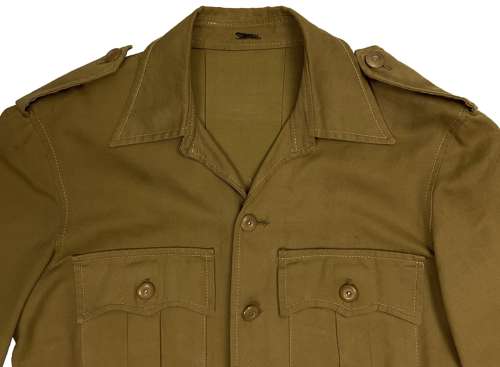 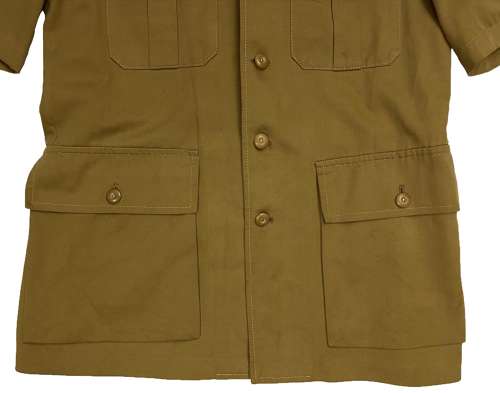 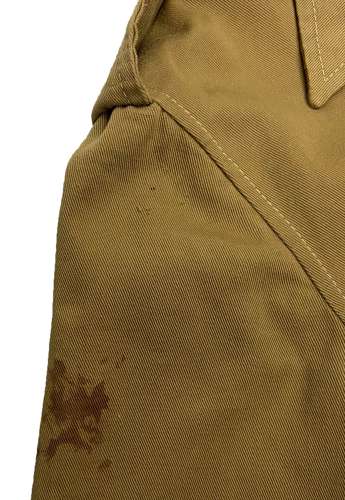 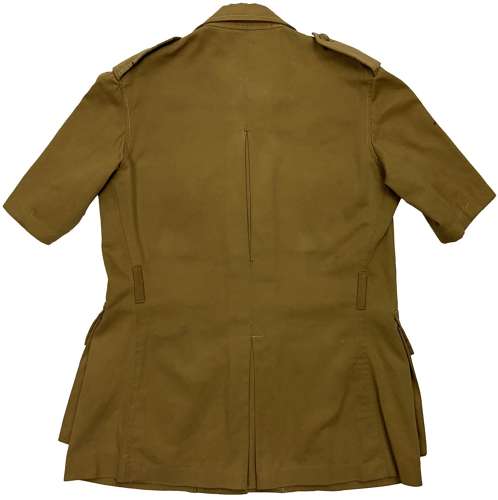 An original British Military Khaki Drill Bush Jacket dating from the 1940s and in good condition.

This jacket is typical of those worn by men serving with the British Army, Royal Navy and Royal Air Force in the 1940s and 1950s. It is devoid of any labels or markings which would suggest that this is a private purchase example, as is very common to find. Many officers bought their own uniform and equipment with Khaki Drill uniforms being no exception. The quality of the make would suggest that this is potentially British made or similar as the stitching is much more uniform than found on theatre made items.

The jacket features shorts sleeves, an open collar and patch pockets to the chest which have scalloped flaps making them ideal for an RAF uniform. Bellows pockets can be found to the rear portion of the jacket and eppaultes are fitted to each shoulder. The jacket is fitted with revolving shank buttons which are removable for laundering purposes.

The jacket is a medium size which will suit around a 38-40" chest. When laid flat it measures -

The jacket is in good wearable condition and displays well. There is a stain to the right sleeve but other than that it displays well. Please study the pictures and bear in mind that this is a pre-worn vintage item which may have small issues commensurate with age.

A nice original period KD bush jacket which would suit a re-enactor or collector well.