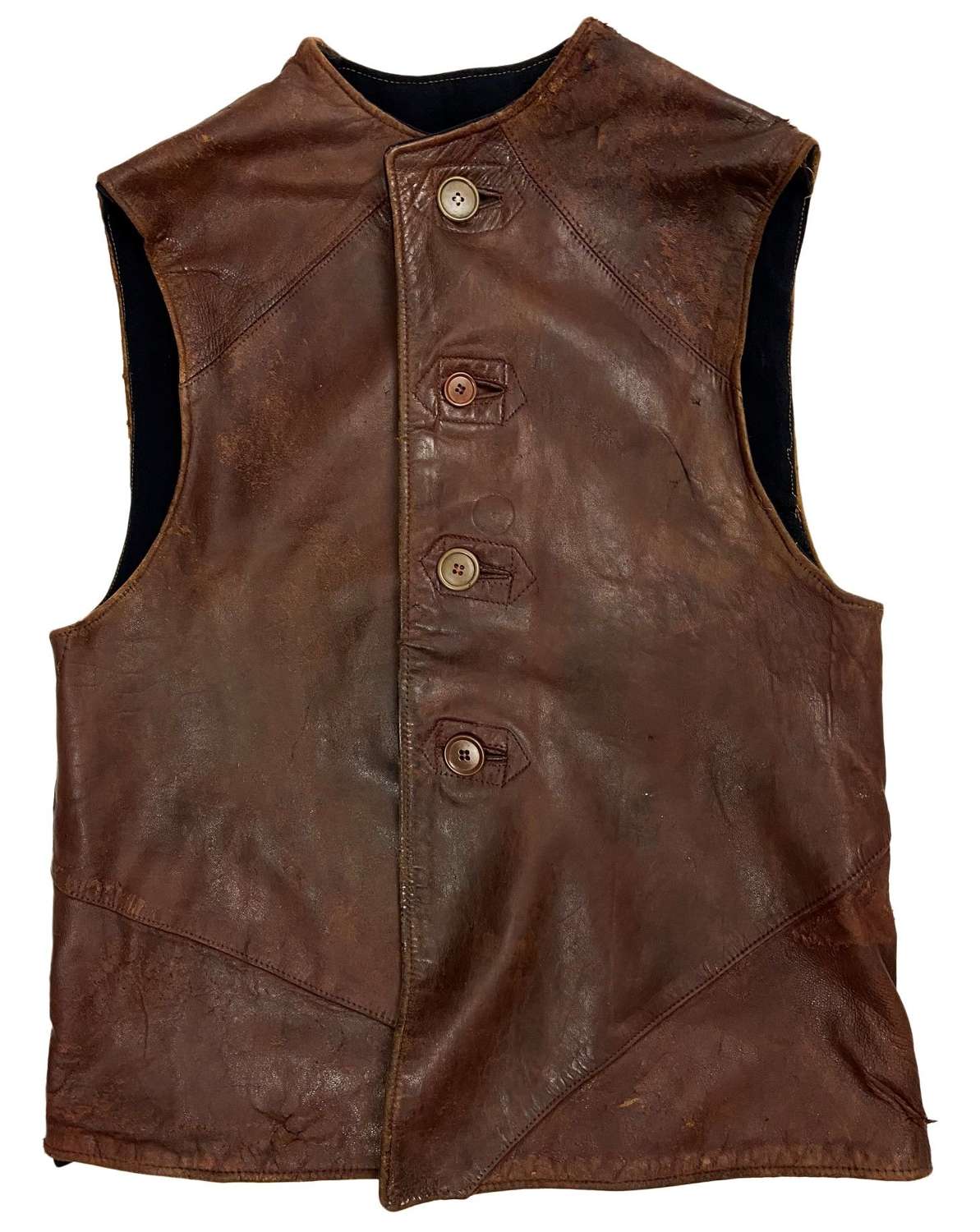 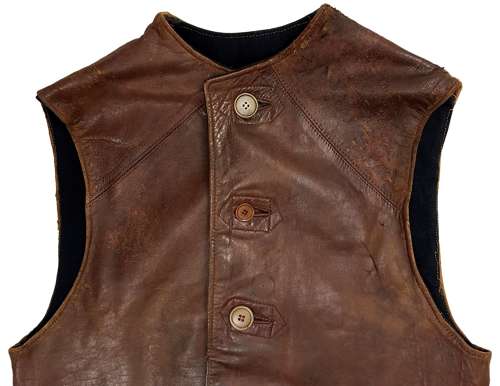 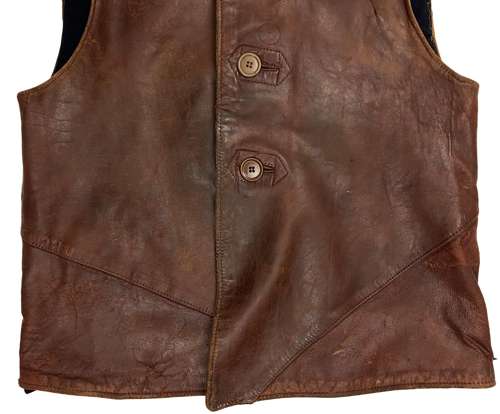 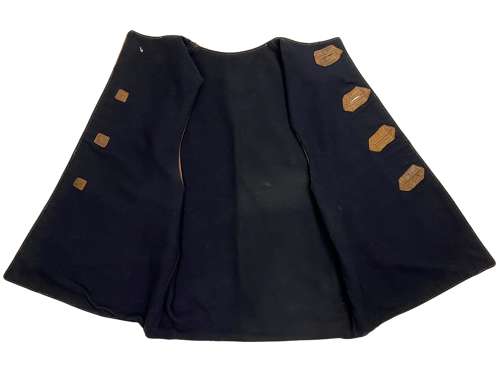 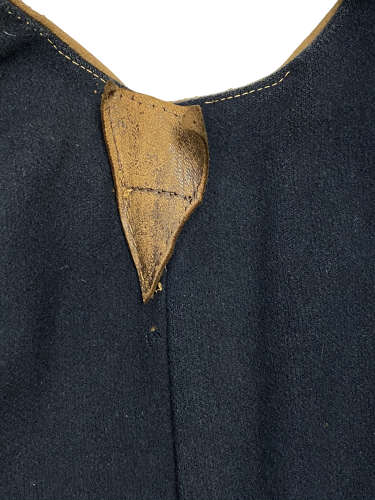 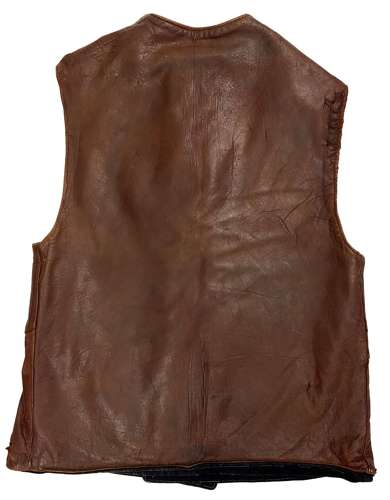 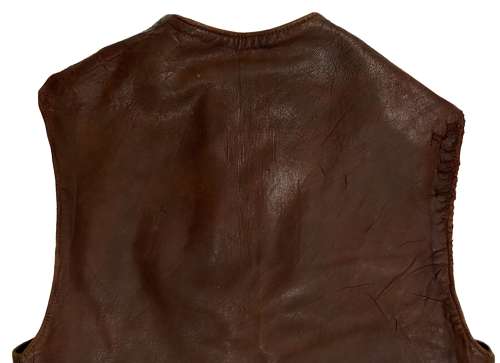 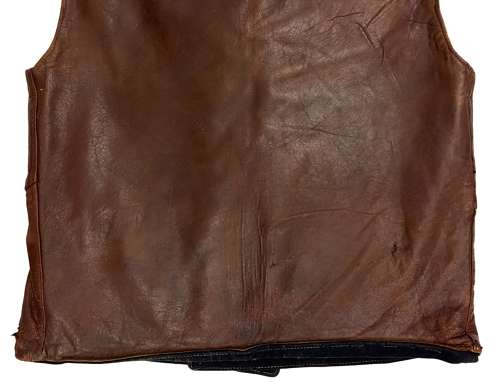 An original British made Leather Jerkin dating from the 1940s and featuring a midnight blue coloured blanket lining.

This pattern of leather jerkin came into issue with the British Army during the Great War and stayed in service throughout the Second World War and well into the post-war years. This particular example most likely dates from the 1940s as the construction is typical of that period.

The interior is lined with a midnight blue coloured blanket wool making it different to the standard British Army examples usually found. I do not know if this colour denotes it was used by a certain military or civilian service. The colour is the same as used for the Royal Australian Air Force uniforms which may explain the colour.

The jerkin features a variety of period buttons which have clearly been added when the originals have fallen off and been lost!

The jerkin is designed to be worn as an outer layer which needs to be taken into account when considering the measurements.  When laid flat the jerkin measures -

The jerking is in well used condition as can be seen in the pictures. It is still very wearable and intact but has plenty of wear to the leather including some splits and some areas of stitching are missing. The blanket lining is very good with some wear and a small hole below one of the arm openings as pictured. Please study the pictures to gain a better idea of the condition and bear in mind that this is a worn, vintage item.

Altogether a nice jerkin with an interesting lining!