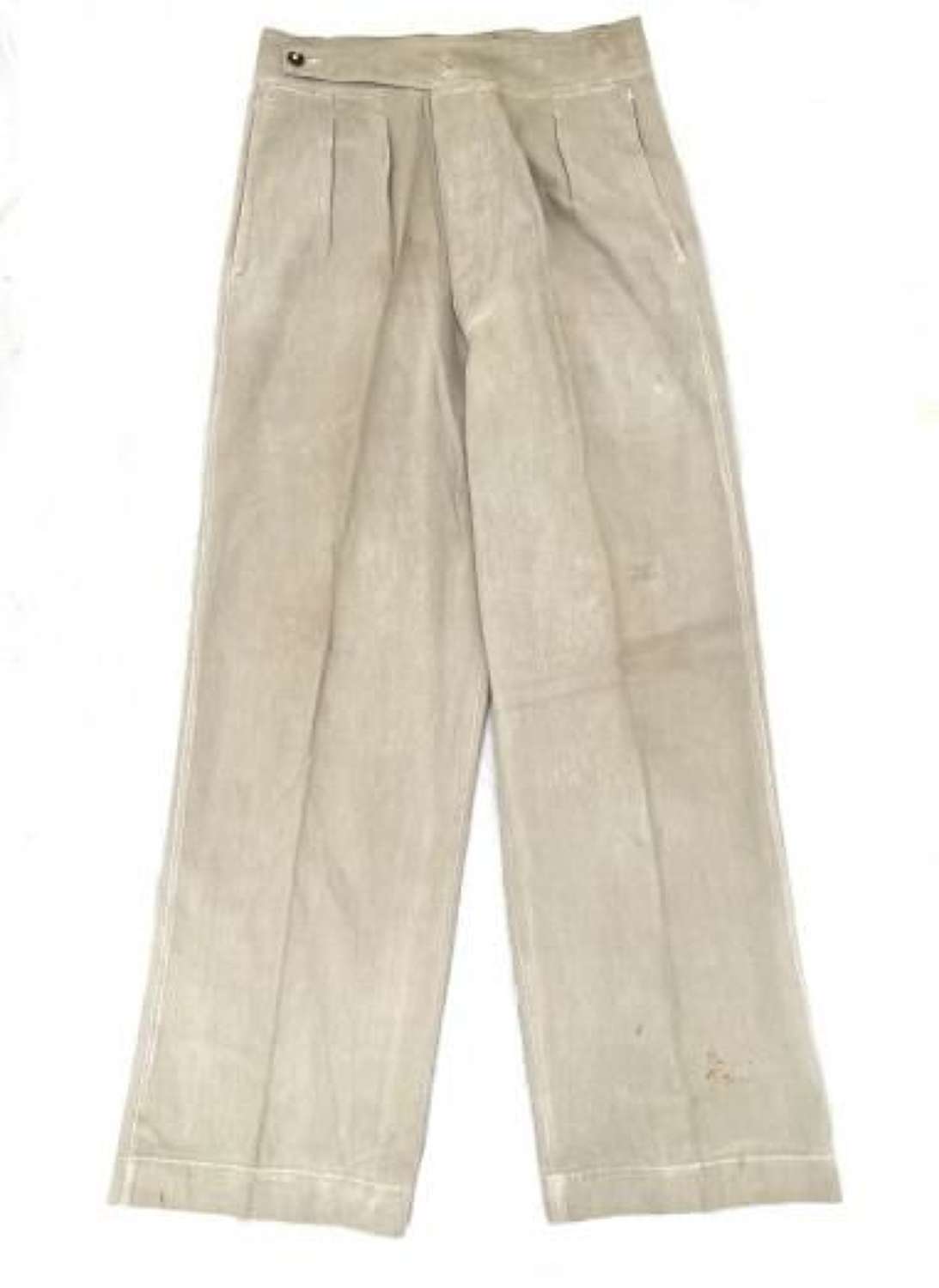 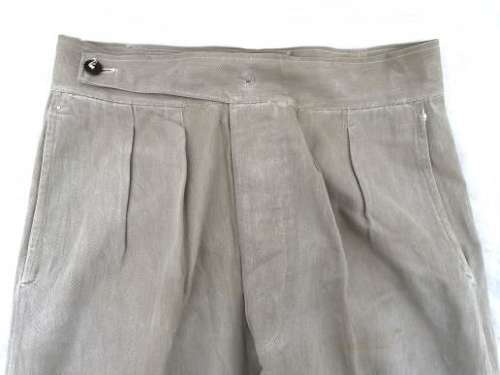 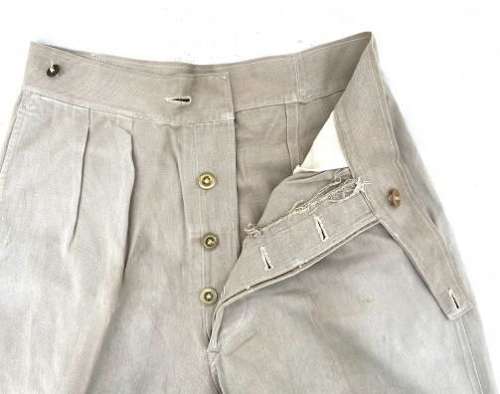 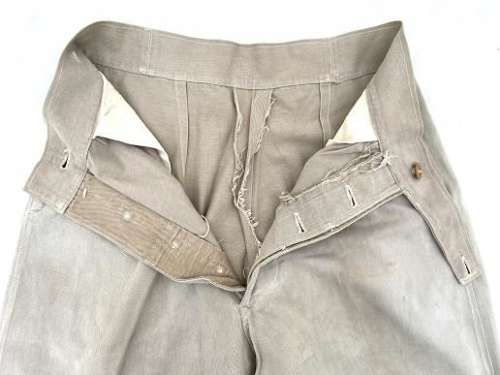 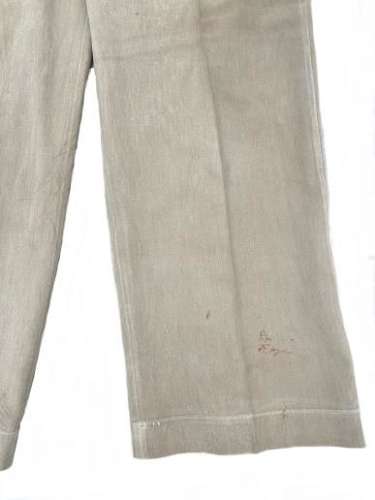 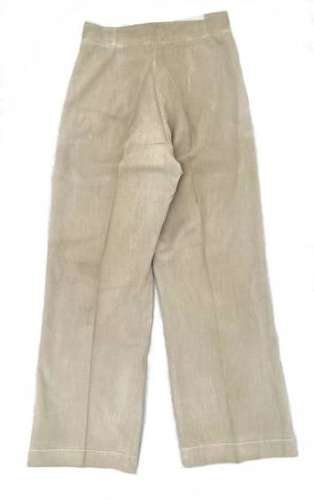 The trousers are made from the standard Khaki Drill cloth used for trousers and shorts and feature slash pockets to each hip and no rear pocket. The button fly fastens with standard stamped brass buttons as commonly found on WW2 British uniform items and the front of the trousers feature twin pleats.

The trousers are in good condition but have had plenty of wear previously. They are still sound and wearable but have some marks and stains. There is a small hole to the front of the waistband where the inner button has worn through but overall they display well.