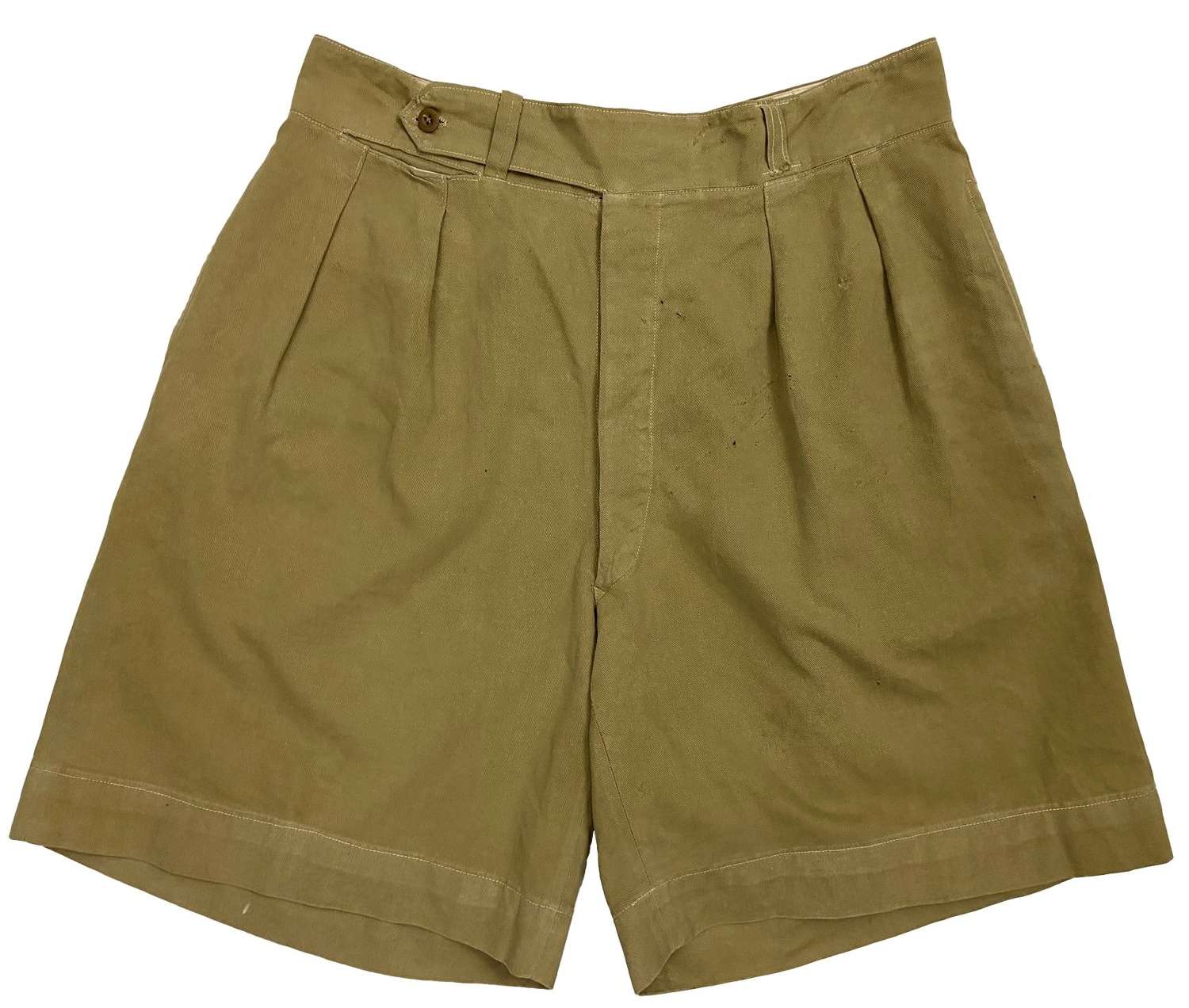 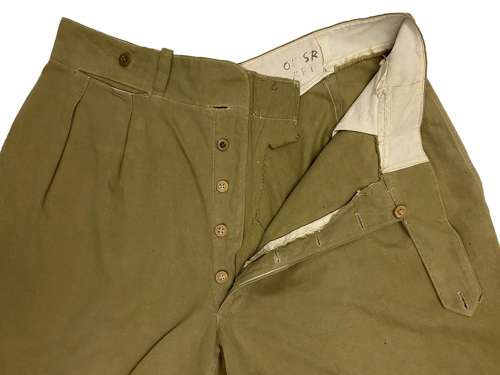 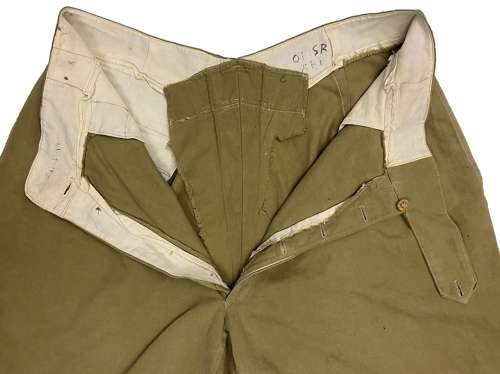 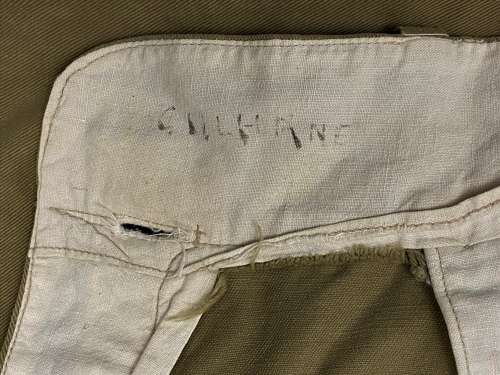 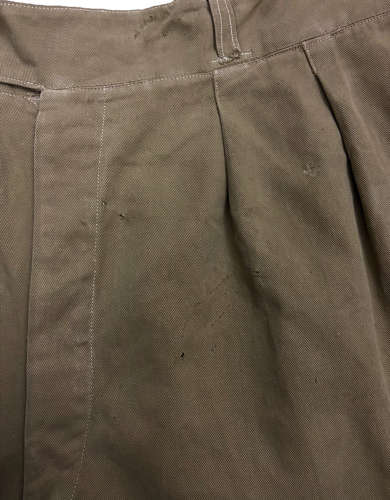 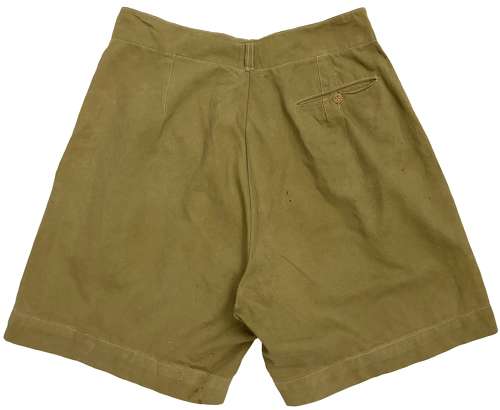 An original pair of British Khaki Drill Shorts dating from the 1940s.

This style of shorts was worn by officers of the British Army, RAF and Royal Navy during the Second World War and subsequent post-war period. They were also a popular style worn by civilians in the summer.

This particular pair of shorts are not an issue pair but instead would have been bought privately, most likely by a British officer. Made from the standard coloured khaki cotton drill used for topical military wear during this period, the shorts feature a twin pleated front, slash pockets to the hips and a waistband. Below the waistband is a small ticket pocket which is a nice detail, not often encountered on KD items such as this. Belt loops are fitted around the waist and the rear of the shorts feature a single pocket as is common with British items.

The shorts are in good condition for their age with various signs of wear and age. There are some small holes to the front as is detailed in the pictures. Overall they display well but please bear in mind that these are a vintage pre-owned pair of shorts which may have small issues commensurate with age.