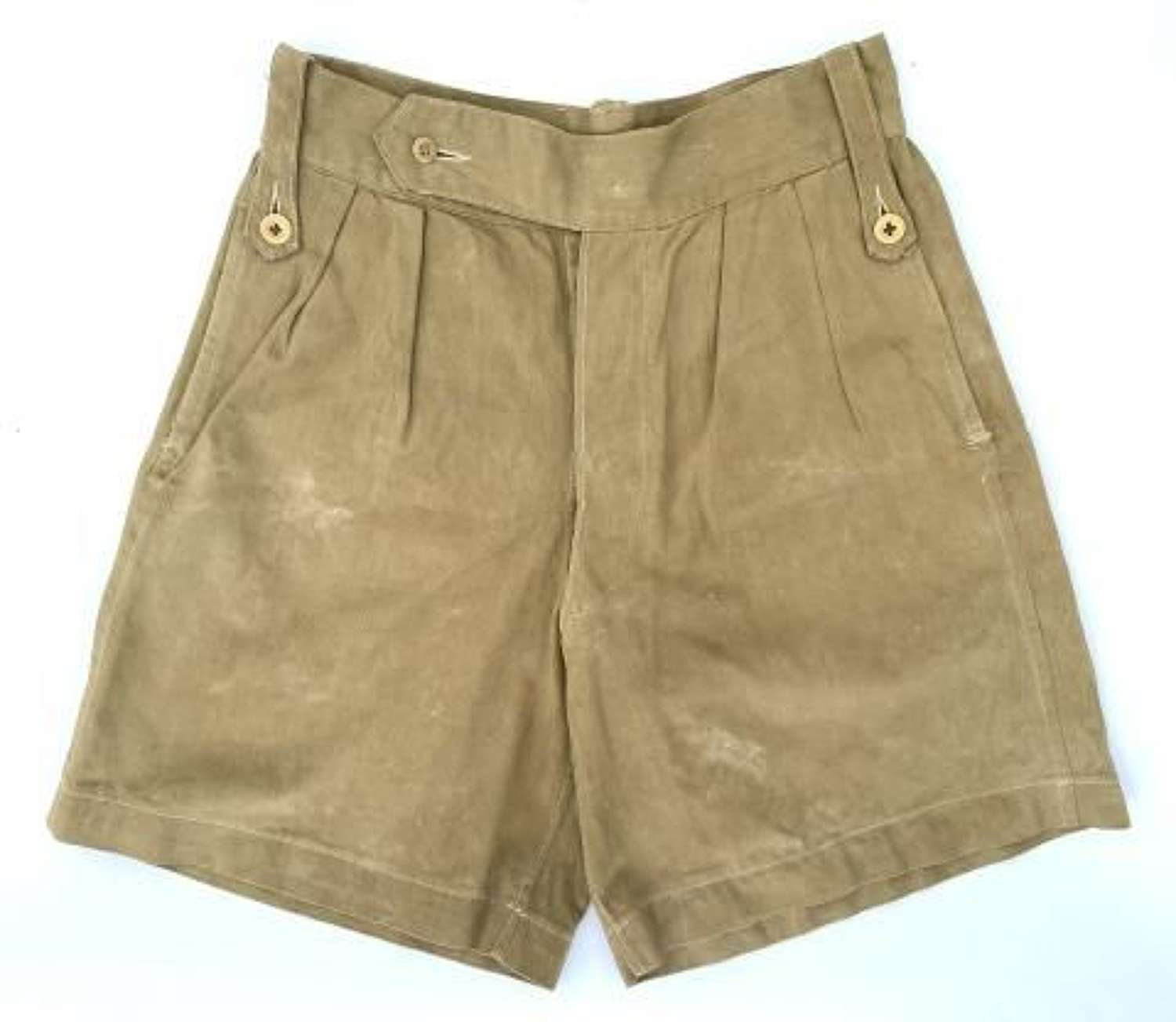 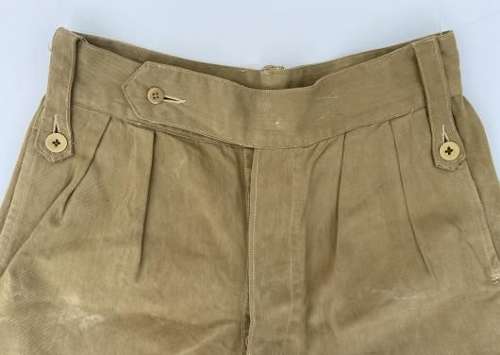 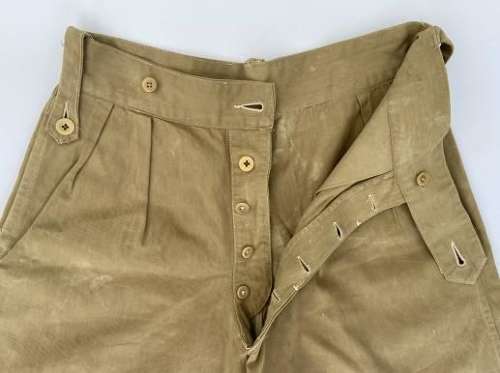 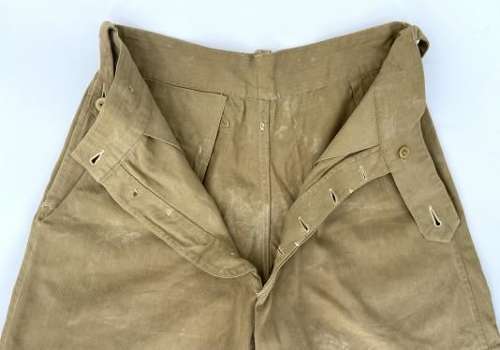 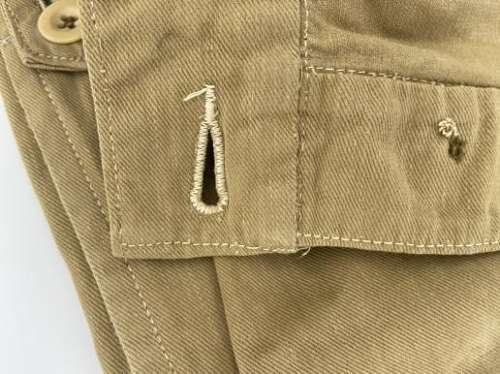 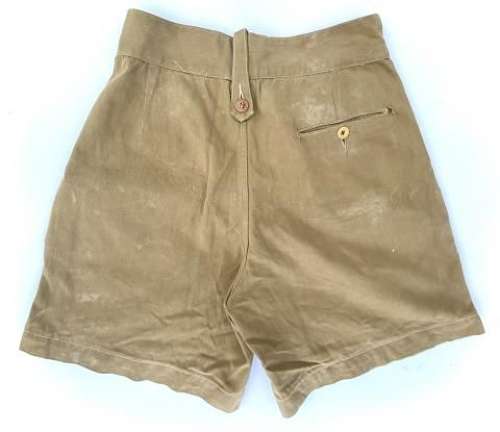 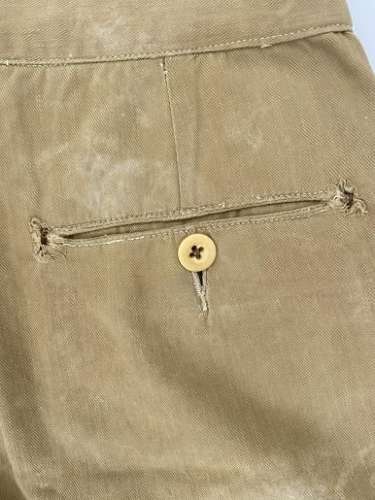 SOLD
An original pair of British made Khaki Drill shorts dating from the Second World War and in a size 28.

These shorts are typical of those issue during the Second World War being made of a khaki coloured cotton drill and featuring a button fly and belt loops. As well as this they feature straight slash pocket to each hip which help date them as later pairs usually have angled pockets.

Where as the majority of KD items offered on the market today are theatre made, this pair are clearly British made. The cotton drill and machine stitched button holes are typical of British manufacture as are the buttons. A single rear pocket is also present which is again a typical period feature.

The shorts are in well worn condition but still have plenty of life left in them. They feature various stains and signs of use as is to be expected from a pair of 70+ year old shorts. There are two small holes either side of the rear pocket as detailed in the pictures. Please study the pictures to get the best idea of condition.

A nice pair of wartime period shorts with all the right details and in wearable condition. These would make a great addition to any collection or could suit a re-enactor.