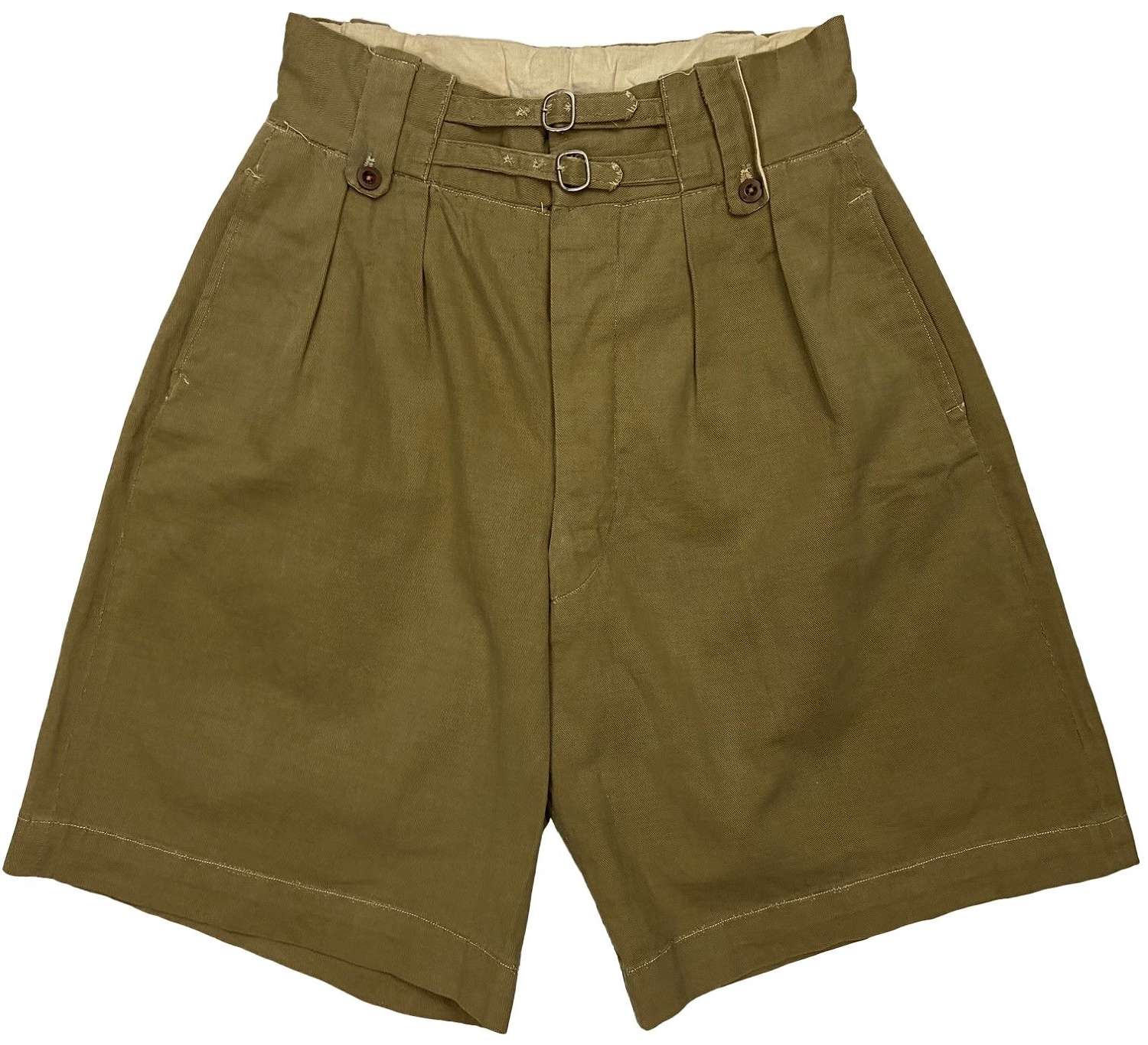 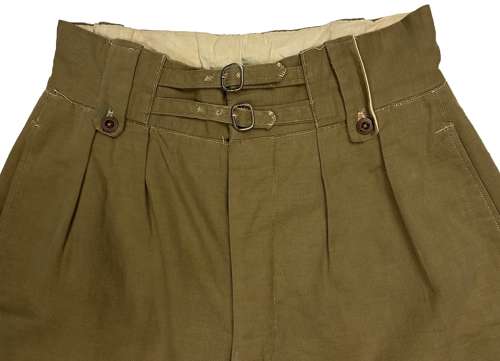 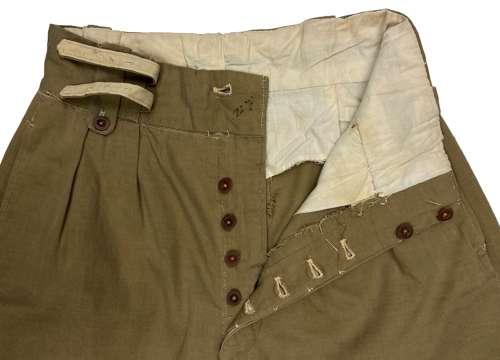 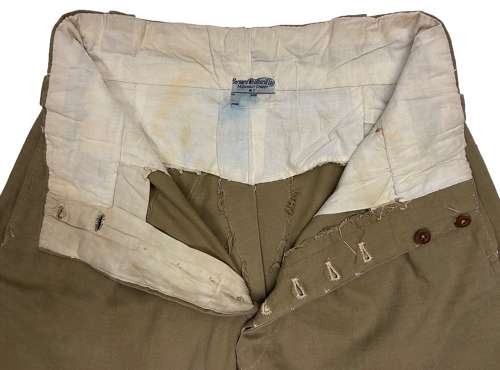 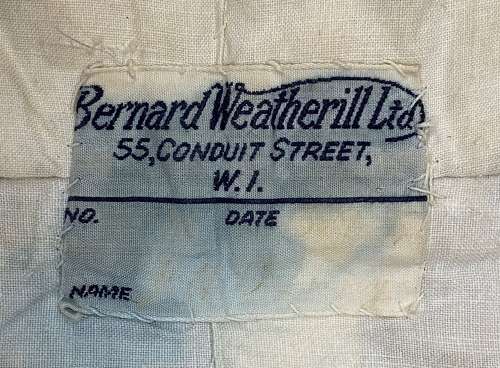 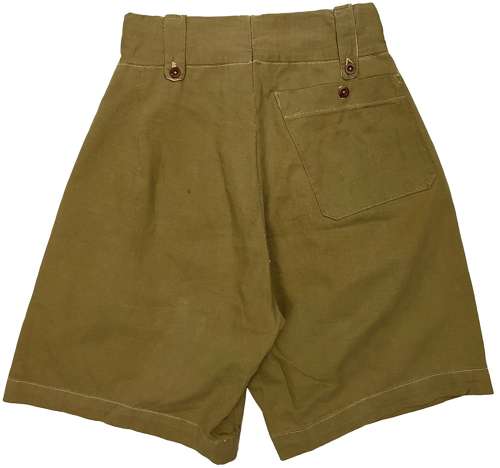 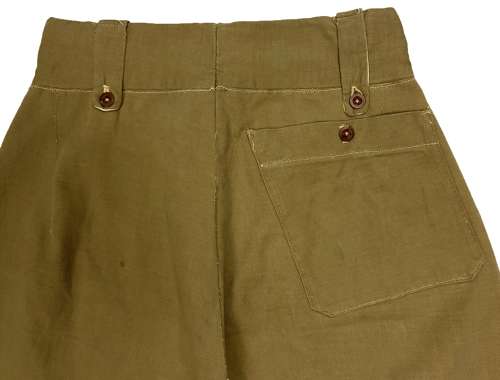 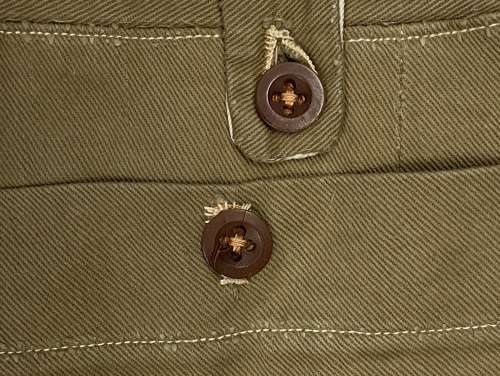 An original pair of British khaki drill shorts made by 'Bernard Weatherill Ltd' in the 1940s.

These shorts were quite likely bought by a British Officer as the label dates from the 1940s and many officers bought their own uniforms. They were also worn by civilians but the majority made in this period were tailored for officers who were being posted overseas to serve in hot climates.

The shorts are typical of the period being made from a light tan coloured cotton drill and featuring a high rise waist. They feature some very nice details which set them aside from other period shorts. They are off higher quality than standard issue shorts and much better made. They feature inverted belt loops and a large patch pocket to the rear and all the buttons are chocolate brown coloured, the same as those seen on mid-war battledress. The waist fastens with two belts and chrome plated, pronged buckles as were first seen on the 1941 pattern shorts.

The shorts are a smaller size which will suit someone of around a 28" waist. When laid flat they measure -

The shorts are in nice condition with some signs of wear and age. Overall they display very well although one of the buttons is cracked as shown in the pictures. Please study the pictures and bear in mind that these are a pre-owned pair of vintage shorts which may have small issues commensurate with age.

A very nice pair of Second World War period shorts with some great details and a nice label.