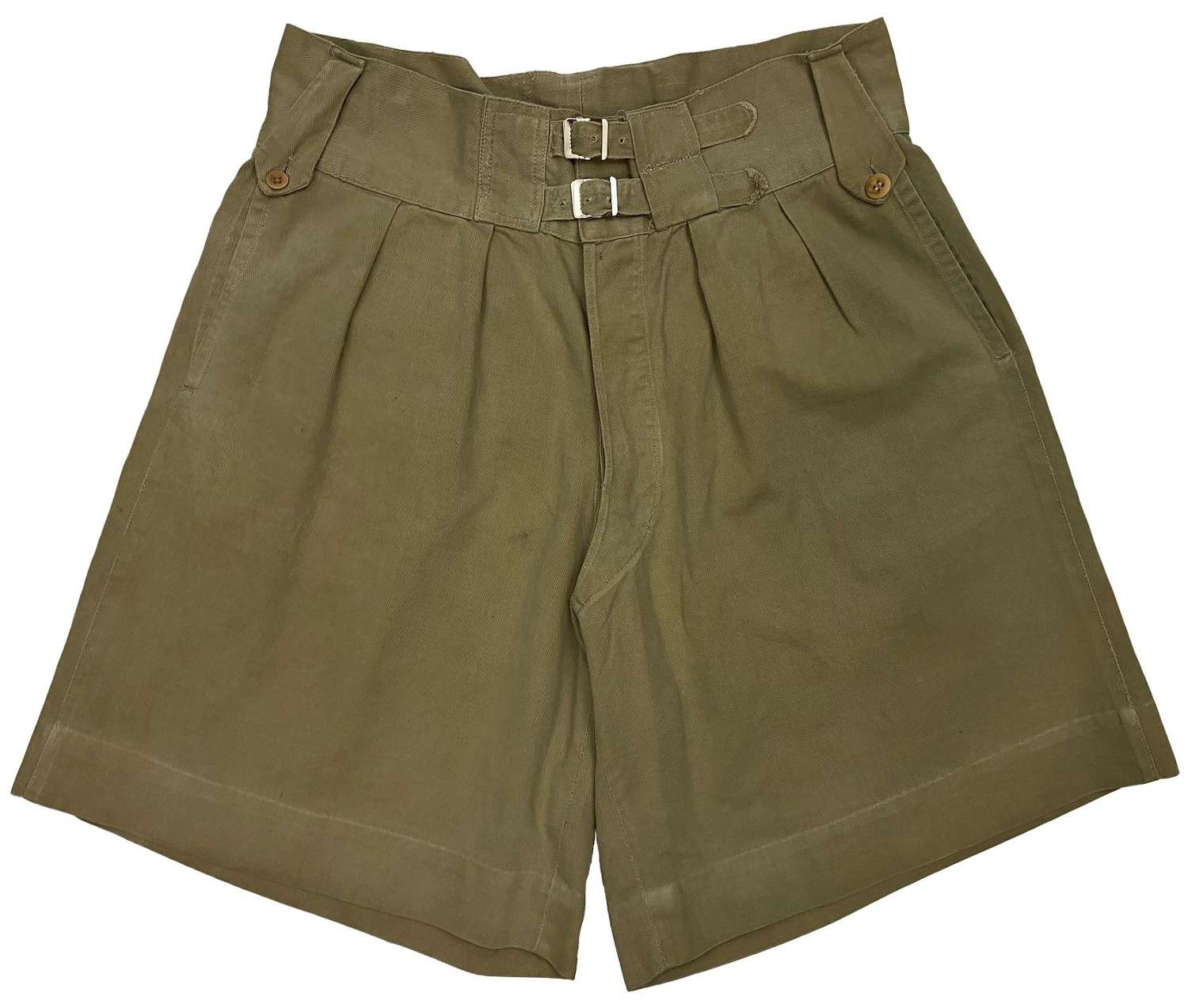 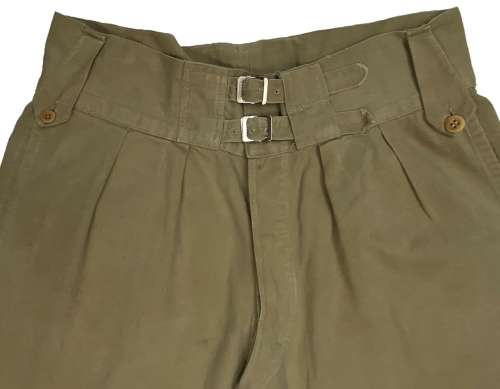 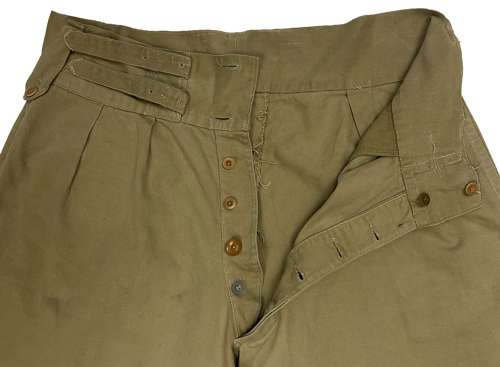 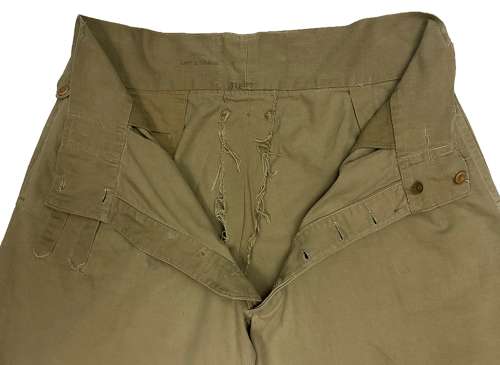 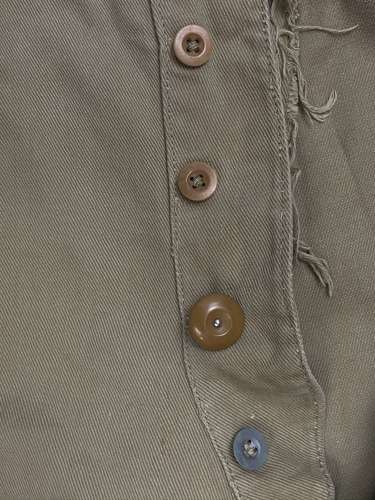 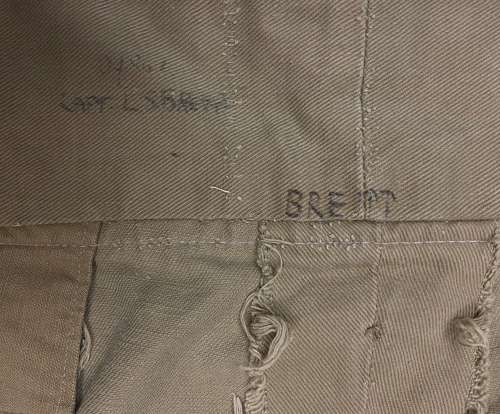 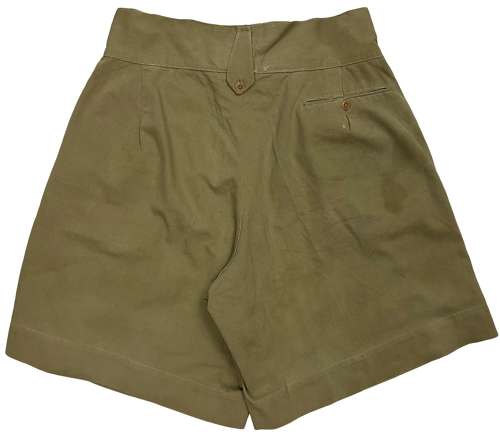 An original pair of British Army Khaki Drill Shorts dating from the 1940s and in good condition.

These shorts are most likely private purchase theatre made examples which originally belonged to a Captain Brett. They feature the double waist belt and buckle fastening first seen on the 1941 pattern shorts but have inverted belt loops of a style not used on issue examples. The shorts feature a high rise waist, double pleated front and button fly as was standard during this period. The fly buttons are a variety which have clearly been replaced by the previous owner as the originals fell off and add to the items story.

Due to the shorts being private purchase there are no labels or stamps. The original owner has marked his name in ink however which reads 'Captain Brett'.

The shorts are in good condition for their age with some signs of wear and use. There is some wear and fraying to the end of one of the waist belts but overall the shorts display well. Please study the pictures and bear in mind that these are a vintage pair of pre-owned shorts which may have small issues commensurate with age.

A nice pair of original WW2 period shorts which would suit a collector or re-enactor well.