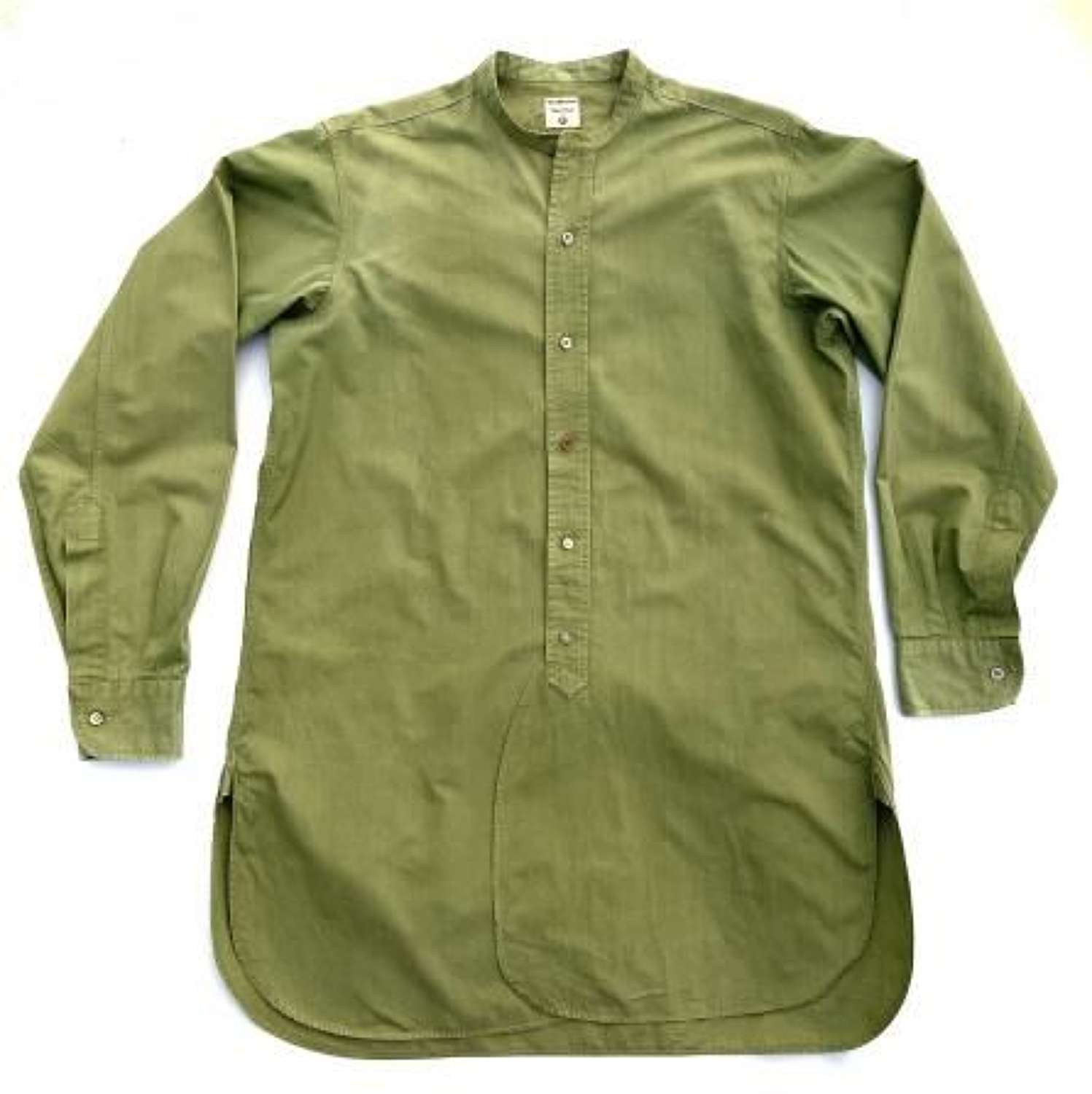 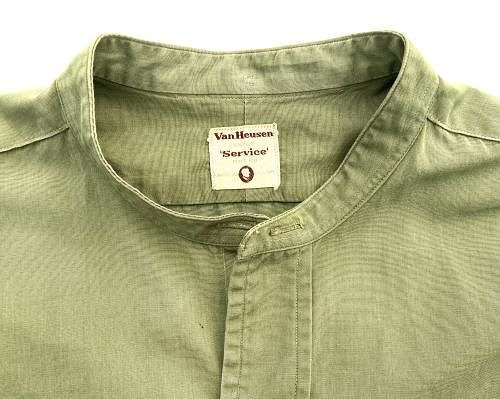 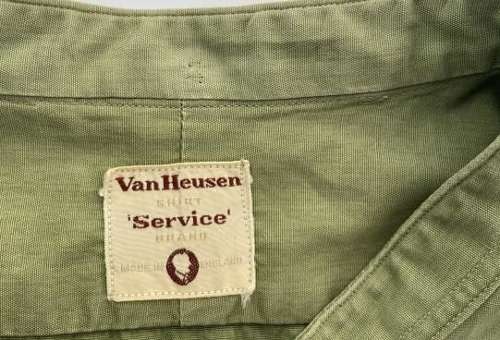 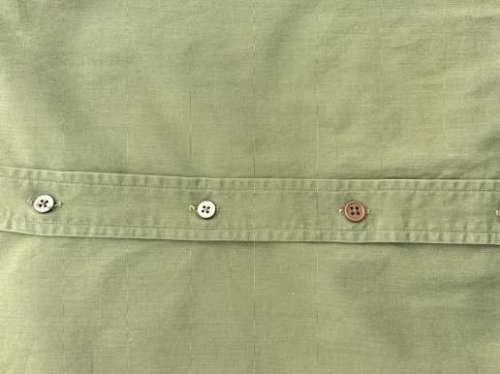 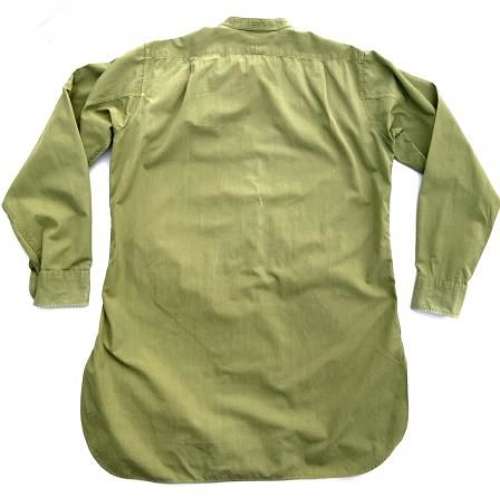 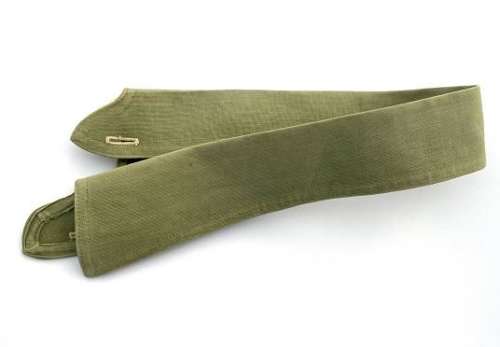 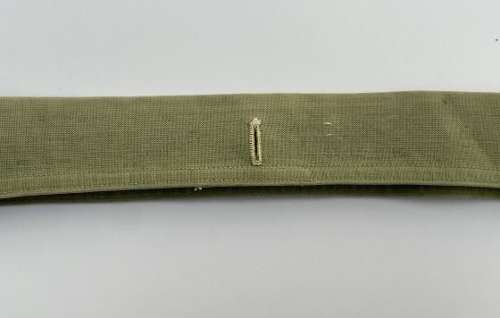 SOLD
An original British Army Officers Shirt with matching detachable collar made by 'Van Heusen' in the 1940s.

This Second World War Period shirt is a full button example. This design became more popular as the war went on and eventually went on to replace the half fronted shirts completely. It is made from a green poplin cotton as was commonly favoured by British Officers and comes with a matching collar in the same material.

The original label is present inside the shirt and states 'Service' as the style. This is label is seen on shirts made for both the British Army and RAF of the period.

The shirt is a reasonably size measuring 22 1/2" pit to pit meaning it should be a good fit on someone of around a 38" chest depending on desired fit. The neckband of the collar is marked as 15 with the collar itself being the correct half size larger 15 1/2", clearly the shirts original collar. The collar is also marked 'Van Heusen'.

The shirt is in good condition with some signs of wear and use. A lot of buttons have been changed including one which is from a US Army shirt! So it has certainly had a life. There are some faint marks etc but overall the shirt displays nicely and has plenty of wear left in it. Please study the pictures for a clear idea of condition.

A nice original period officers shirt with a great label, typical of the period. Ideal for both the collector and re-enactor alike!