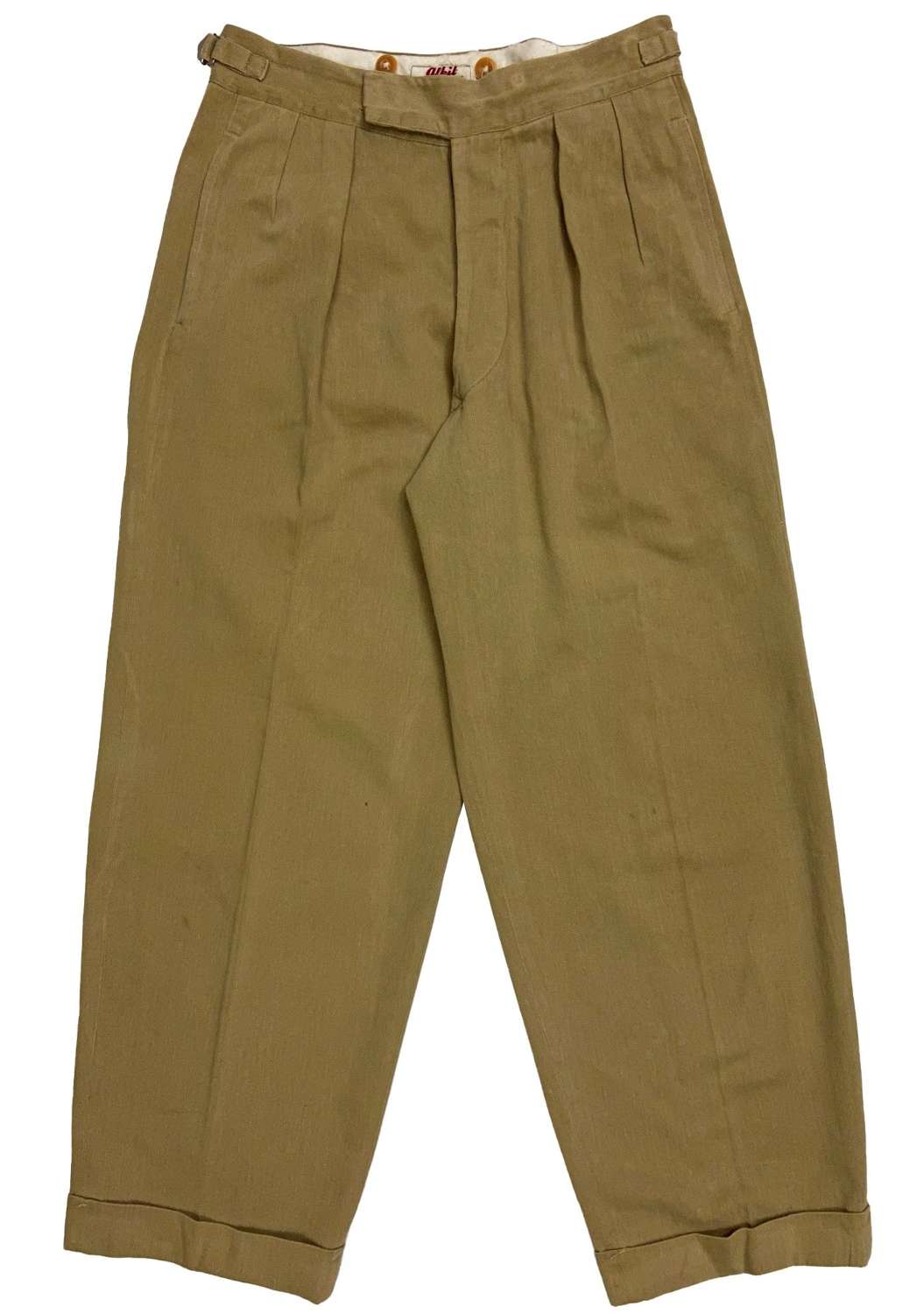 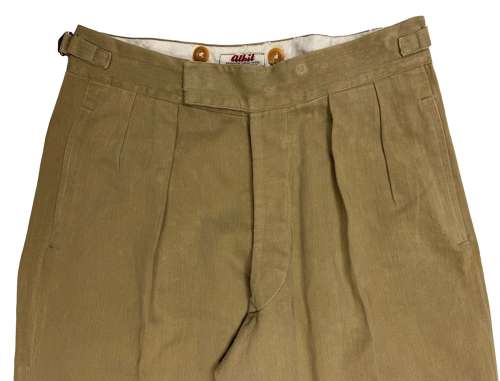 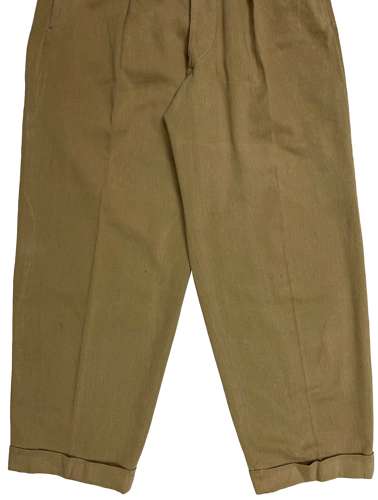 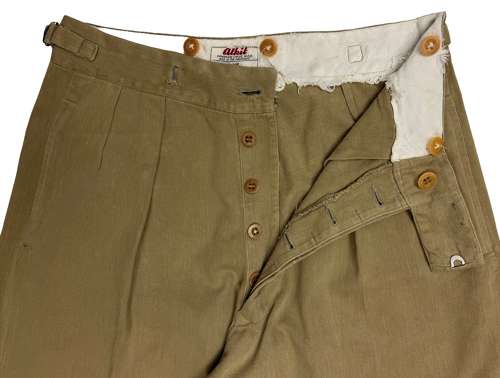 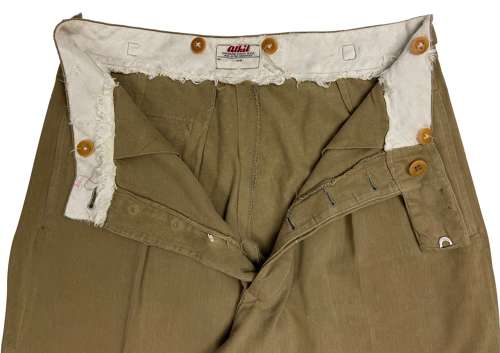 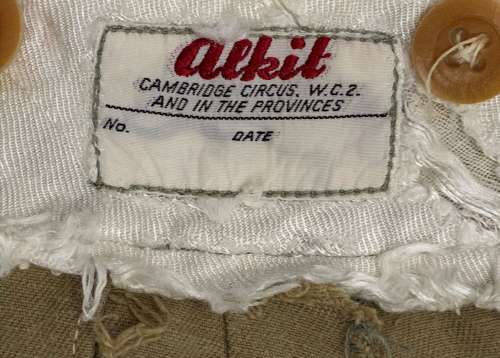 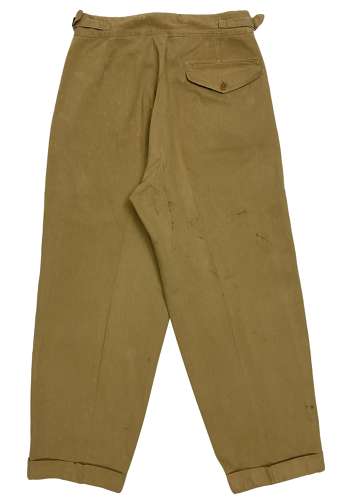 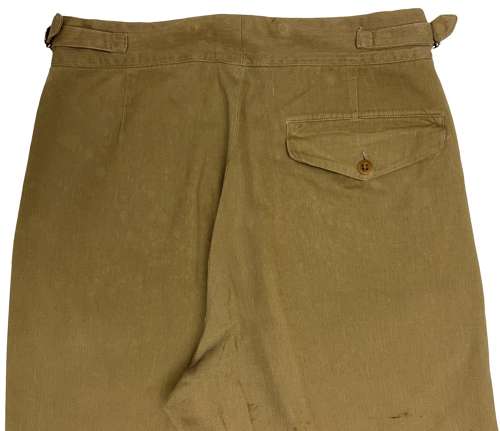 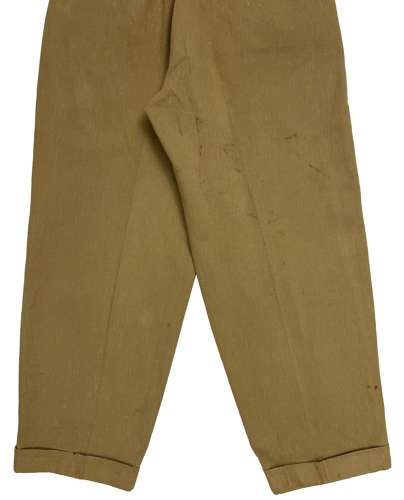 An original pair of British Officers Khaki Drill Trousers made by 'Alkit' in the 1940s.

These trousers are typical of those issued to men serving in the British Army, Royal Air Force, Royal Navy or any other units during the Second World War. Indian made clothing such as this saw widespread issue in both the Middle East and Far East. They were made by 'Alkit' who were a popular choice for officers serving in the RAF and British Army during WW2 as well as in the post-war period.

The trousers are made from the standard Khaki Drill cloth used for trousers and shorts and feature slash pockets to each hip and single rear pocket. The button fly fastens with butterscotch coloured horn buttons and the front of the trousers feature twin pleats. The straight hip pockets and large seat are typical of WW2 trousers. Waist adjusters are located to the hips and the cuffs feature a turn, both of which are nice period details.

Inside the trousers the original label is still present and features the Alkit logo used during this period.

The trousers are in good condition with only limited signs of wear and use. There is some spotting and some marks to the rear as shown in the pictures. They may have small issues commensurate with their vintage but overall they are very clean indeed.