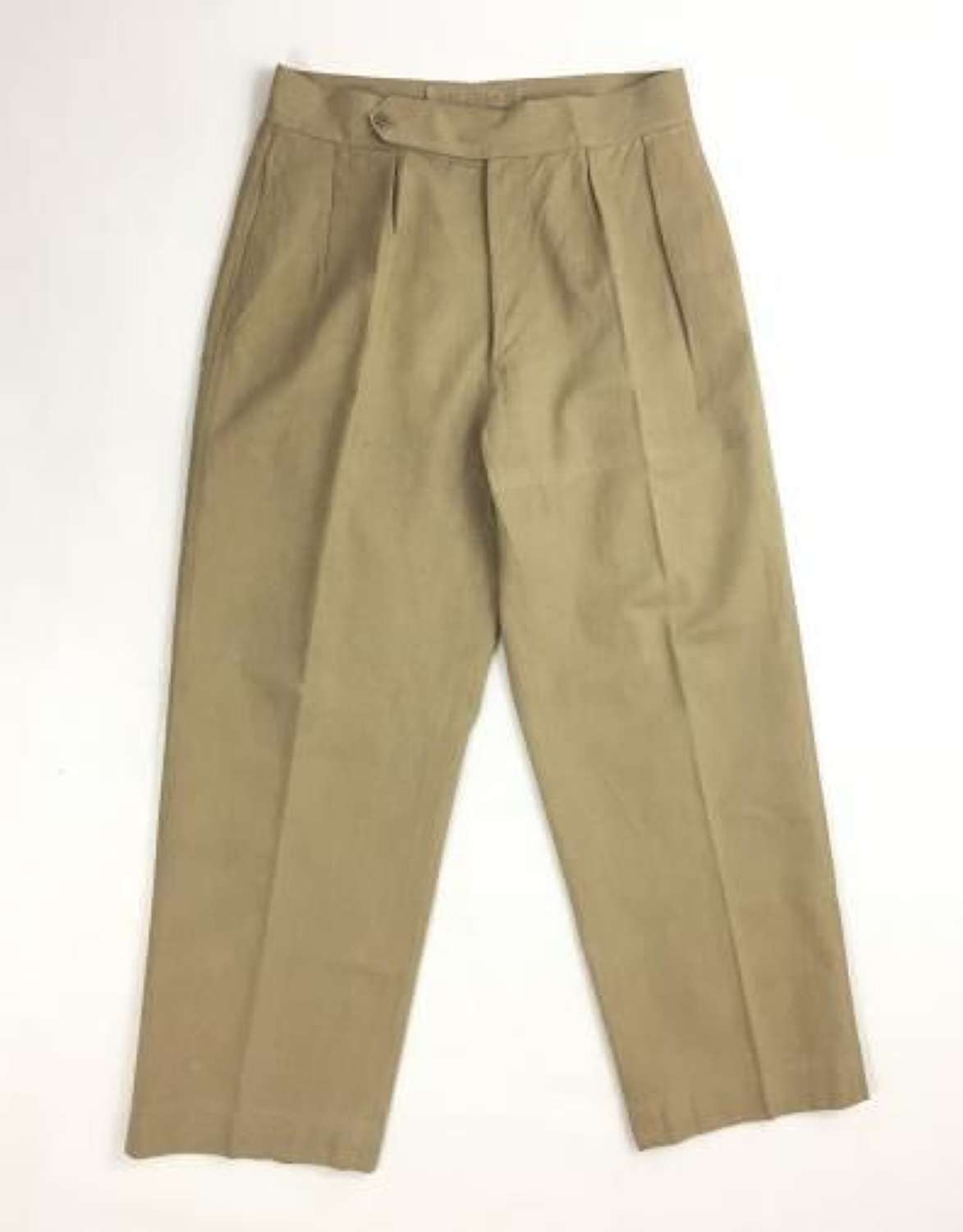 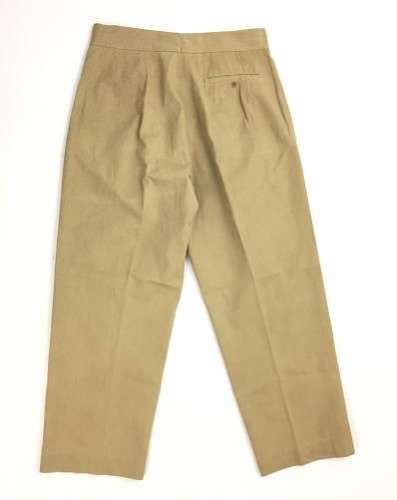 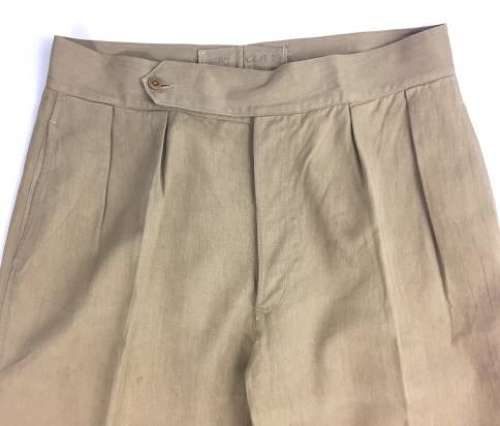 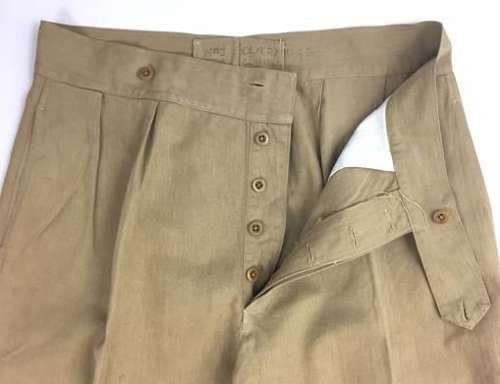 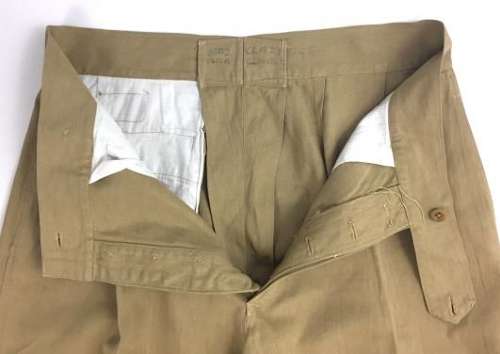 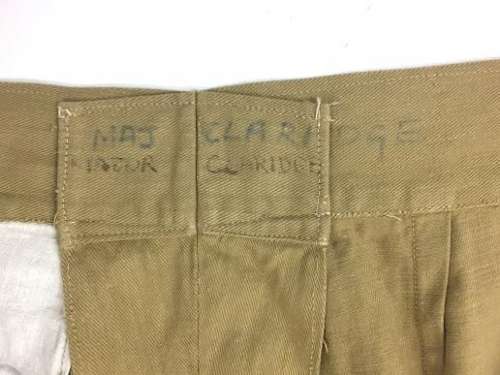 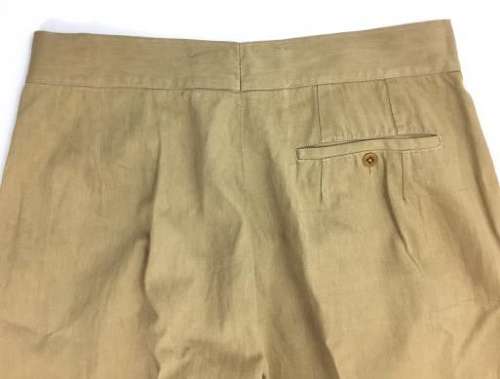 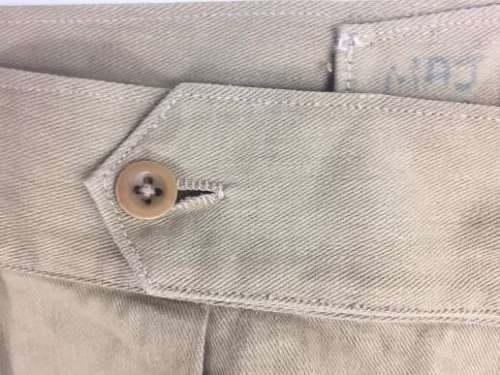 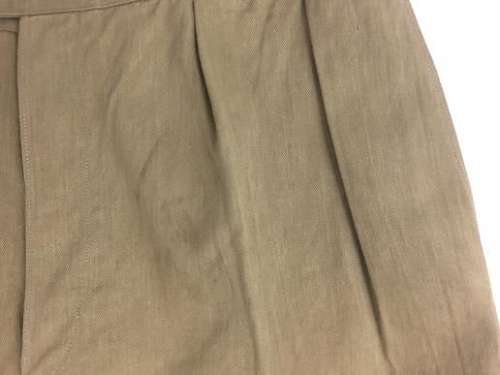 SOLD
An original pair of Indian made British Army Khaki Drill trousers which belonged to 'Major Claridge' and date from the 1940s.

These trousers are typical of those worn during the Second World War by men of the British Army, Royal Air Force and the Royal Navy amongst others. They are clearly Indian made with hand stitched button holes and typical Indian stitching. The buttons are horn and light brown in colour and are again typical of the era.

The cut of the trousers reflects the fashion of the time featuring a twin pleated front and a wide leg. Other features are also inline with 1940s manufacture such as the single rear pocket, the slash pockets to each hip, the button fly and the small button flap at the top of the fly.

The trousers are a good size measuring 17" across the waist when laid flat so should fit someone of around a 33-34" waist. The inside leg measures at 29 1/2".

All in all a really nice pair of WW2 period British Khaki Drill trousers in a good wearable size.