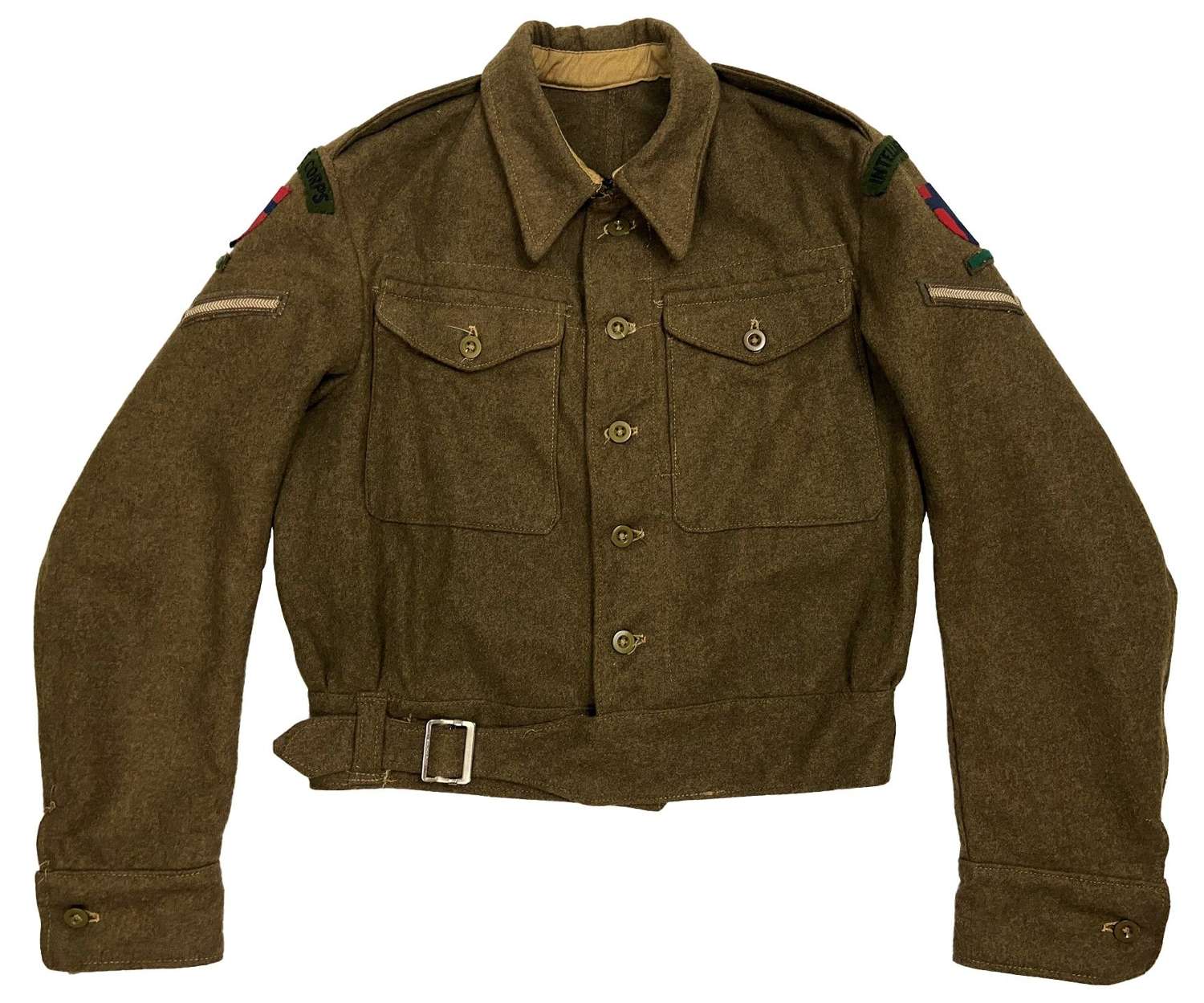 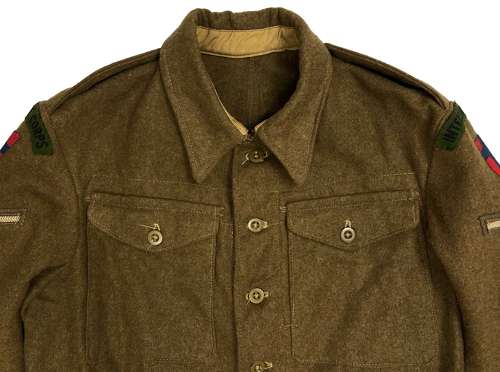 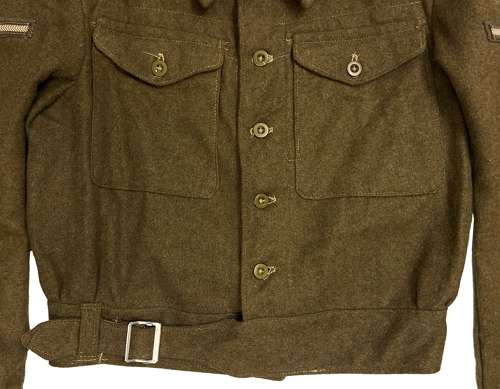 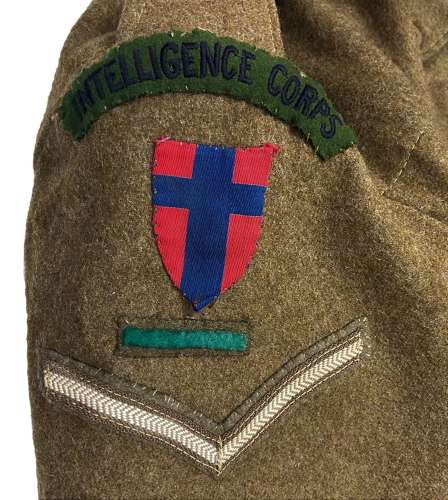 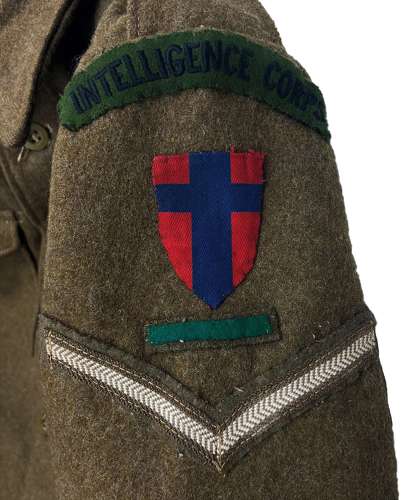 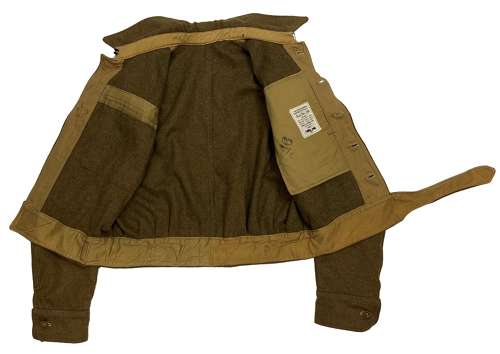 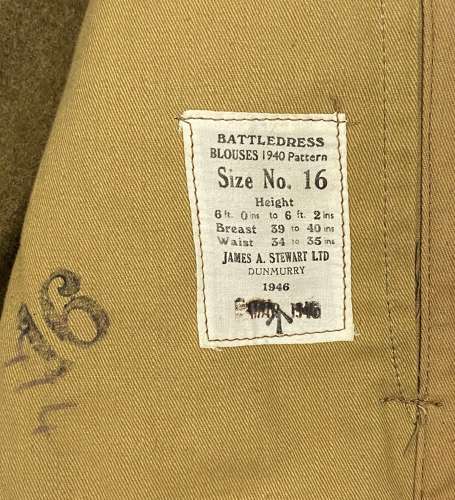 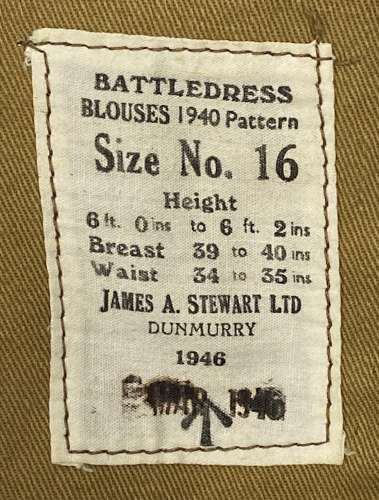 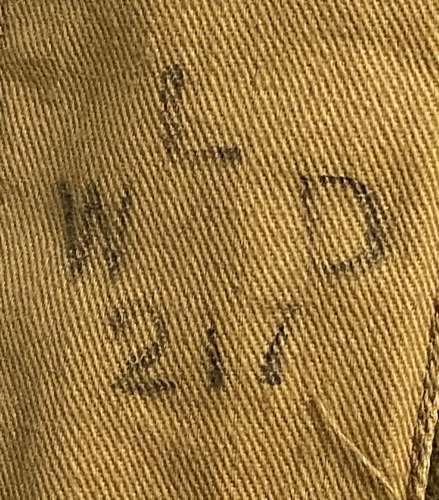 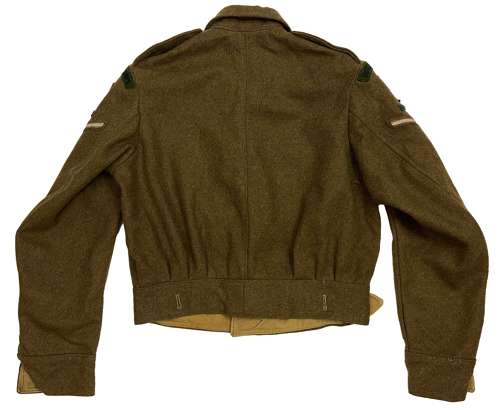 An original 1940 Pattern (Austerity) Battledress Blouse dated 1946 which belonged to a Lance Corporal serving with the Intelligence Corps.

The jacket comes complete with all of its insignia which is original to the jacket. The sleeves feature embroidered Intelligence Corps shoulder titles to the top of each arm, printed 21st Army Group Line of Communication formation badges, embroidered Intelligence Corps arm of service stripes and Lance Corporal stripes below all of this. All the badges have been sewn by the same hand and have been added in a nice, high-up manner.

Inside the jacket the original label is still present and states the size as No. 16 and the manufacturer's name as 'James A. Stewart Ltd' of Dunmurry. The 1946 date is present as is the War Department broad arrow marking. There is also an issue stamp which bears the date of March 1946.

As well as this the War Department acceptance stamp is also still present and is surmounted by the letter 'L' which corresponds to 1946.

The jacket is in excellent condition as can be seen in the pictures. Overall it has a very clean and bright appearance which would suggest that it did not see much use. It is possible that this jacket was kept for 'best' or was in fact issued to replace a worn out jacket which had been worn during the war.

A nice, original badged BD in excellent condition. This would make a great addition to any collection!