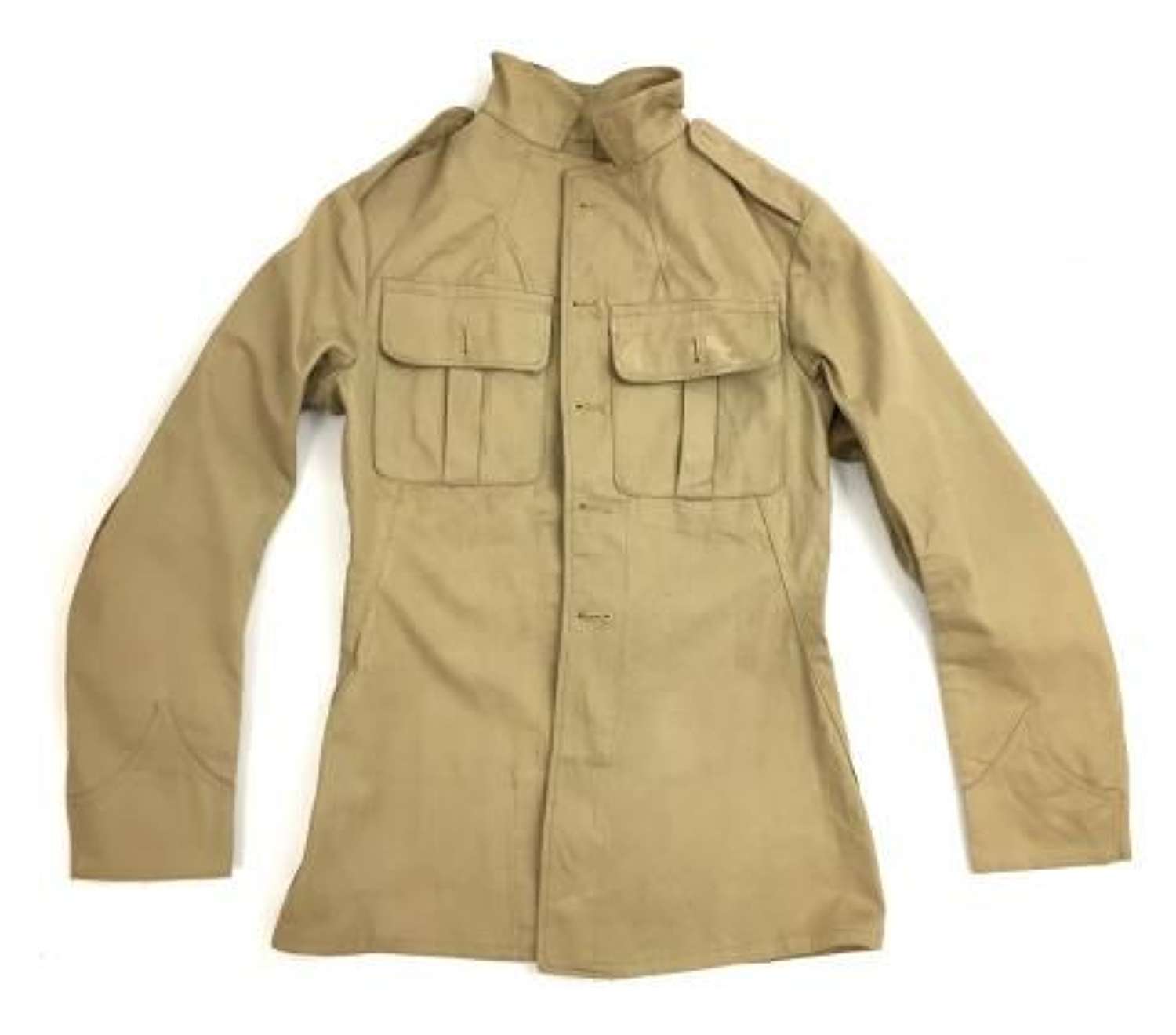 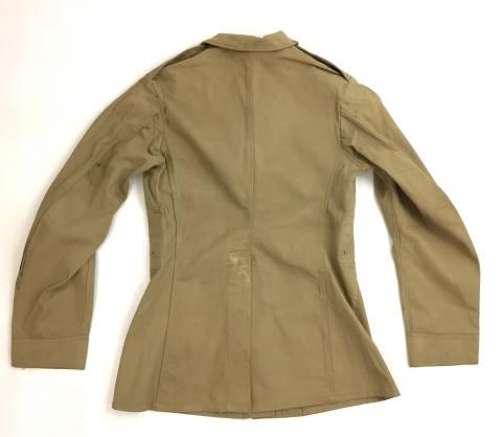 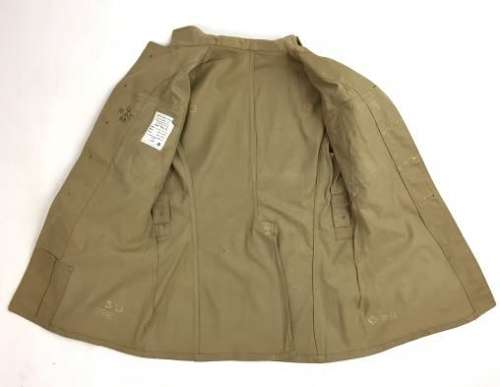 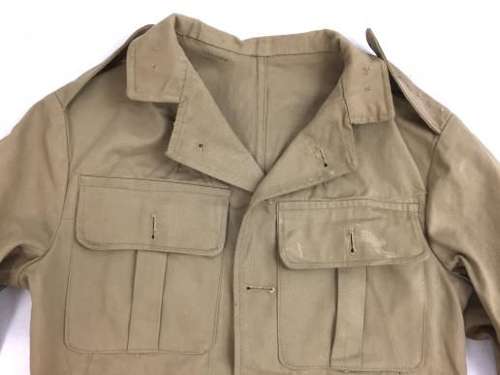 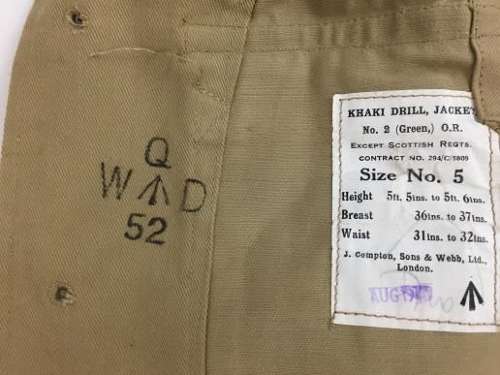 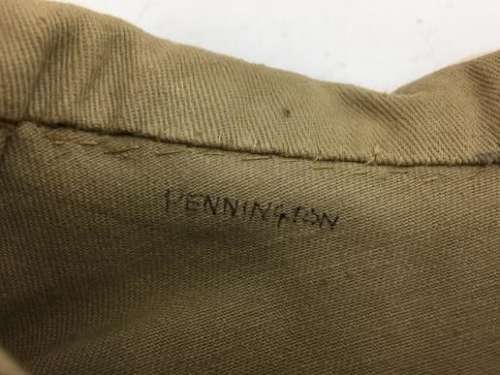 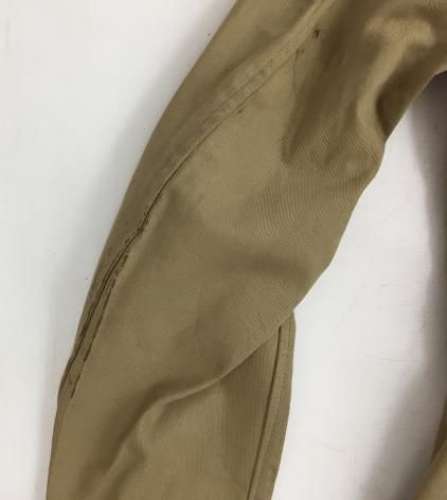 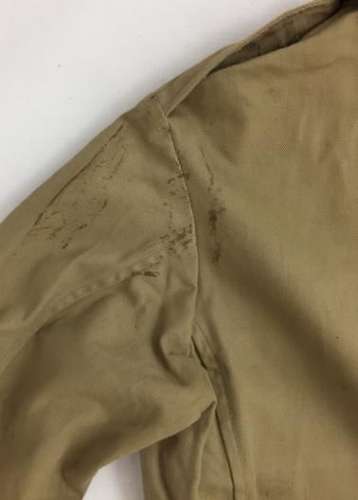 This pattern of tunic was used in the early part of the Second World War by various British troops including the British Army and the Royal Air Force. It was designed so that any regimental buttons could be worn and removed for washing.

The jacket retains its original label to the interior. It is the wax paper type usually found on early war British items and reads 'Khaki Drill. Jacket No.2 (Green) O.R. Except Scottish Regiments' at the top. The 'green' in brackets has always been somewhat of a mystery to collectors! It also states the size as No.5 which will fit around a 36-37" chest. The manufactures name 'J. Compton, Sons & Webb Ltd, London' can be found towards the bottom of the label as well as the War Department broad arrow marking. Finally, there is a purple issue stamp which reads 'Aug 1940' meaning it would have been made before this date.

As well as the label the tunic also retains its original War Department ink stamp which is surmounted by the letter 'Q' which denotes 1940 as the year of issue.

The tunic has the original owners name added in ink to the interior. It reads 'Pennington' and suggests that the tunic was issued, even though it does not appear to have seen much, if any wear. The overall condition is therefore very good but there are a few issues, possibly from storage. These are clearly shown in the photographs so please take the time to study them.

Altogether a nice original tunic with a clear early war date. Ideal for a collection or re-enactment.