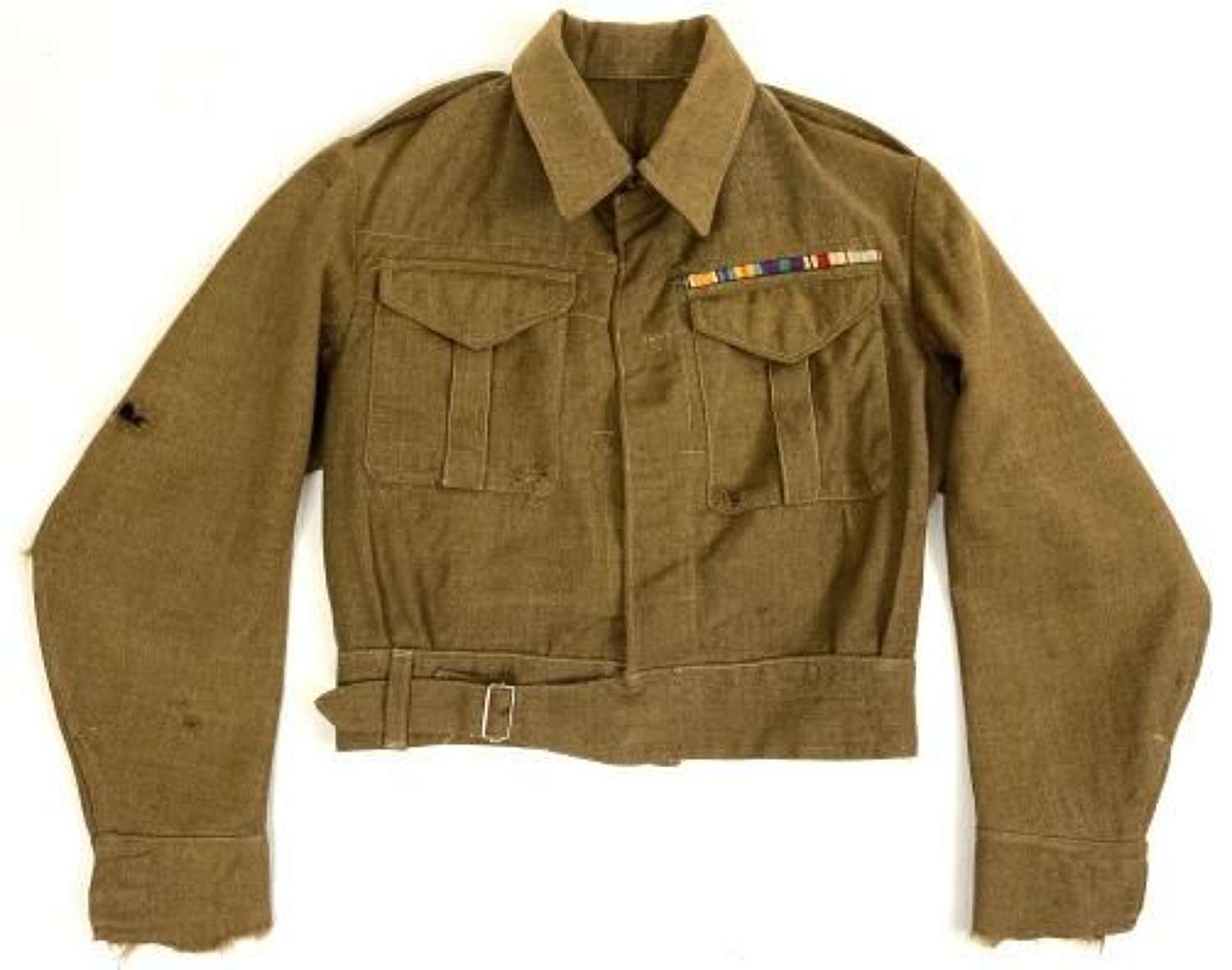 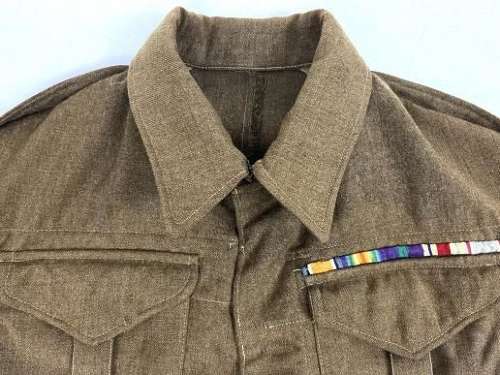 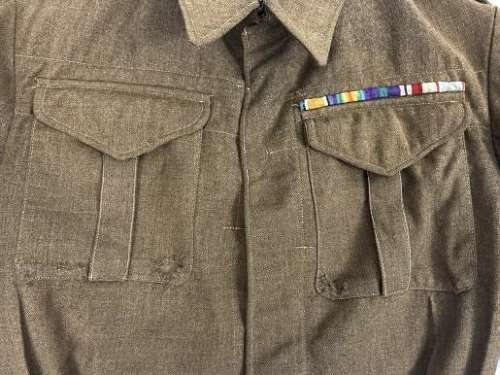 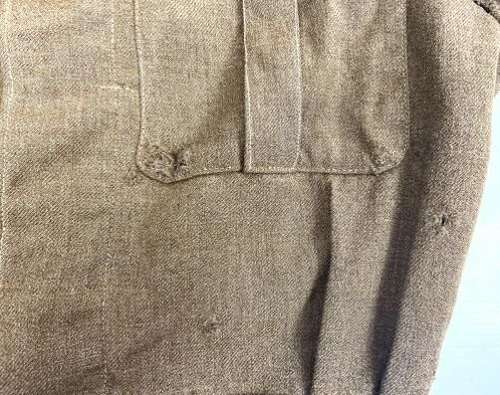 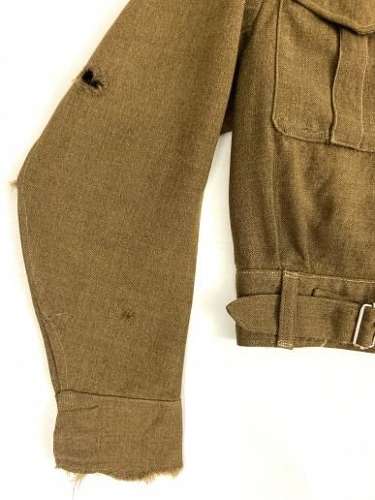 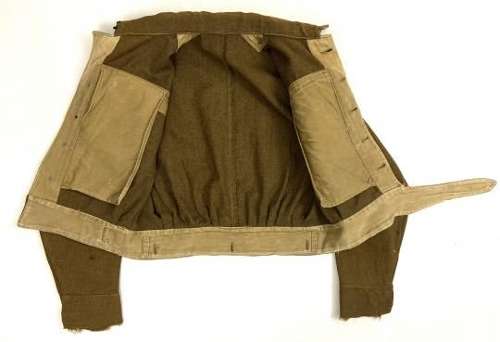 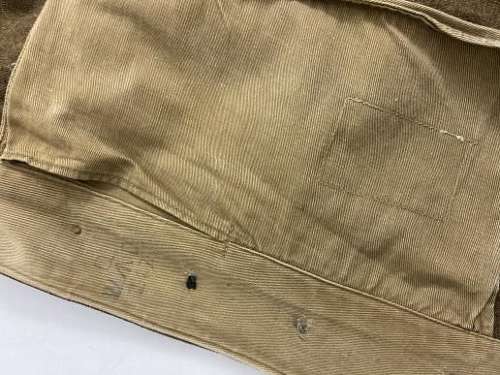 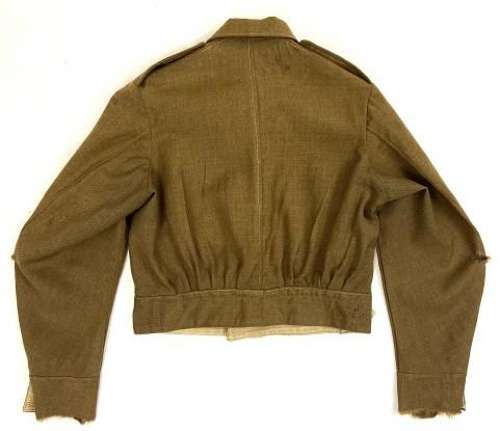 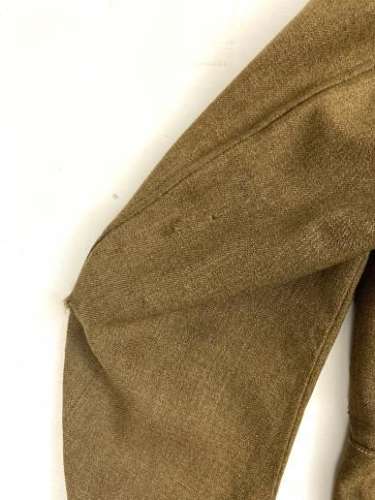 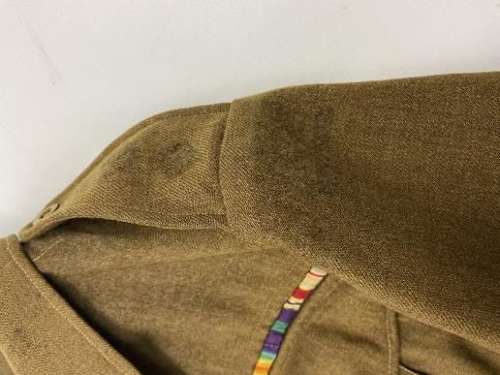 This pattern of battledress jacket, sometime referred to as the first pattern, came into issue with the British Army in late 1938. It is this pattern which was used during the early part of the War by the British Expeditionary Force in France in 1939 and 1940. It was replaced by the 1940 pattern following the evacuation of Dunkirk and are a rare jacket today.

Sadly, the original label has been removed at some stage. The War Department broad arrow stamp is still present however and is surmounted by the letter Q which denotes 1940 as the year of manufacture.

The jacket has an original set of medal ribbons attached above the left breast pocket and appear to have always been on the jacket. They include Great War ribbons which was common to see in the BEF. There is also some shadowing of where other badges have been including two pips to the shoulders.

The jacket is roughly a 38-40" chest and is long so most likely for a taller person, but please study the measurements below and make up your own mind. When laid flat the jacket measures -

A rare early jacket which would be ideal for someone collecting early British Army items or whi is interested in the BEF.