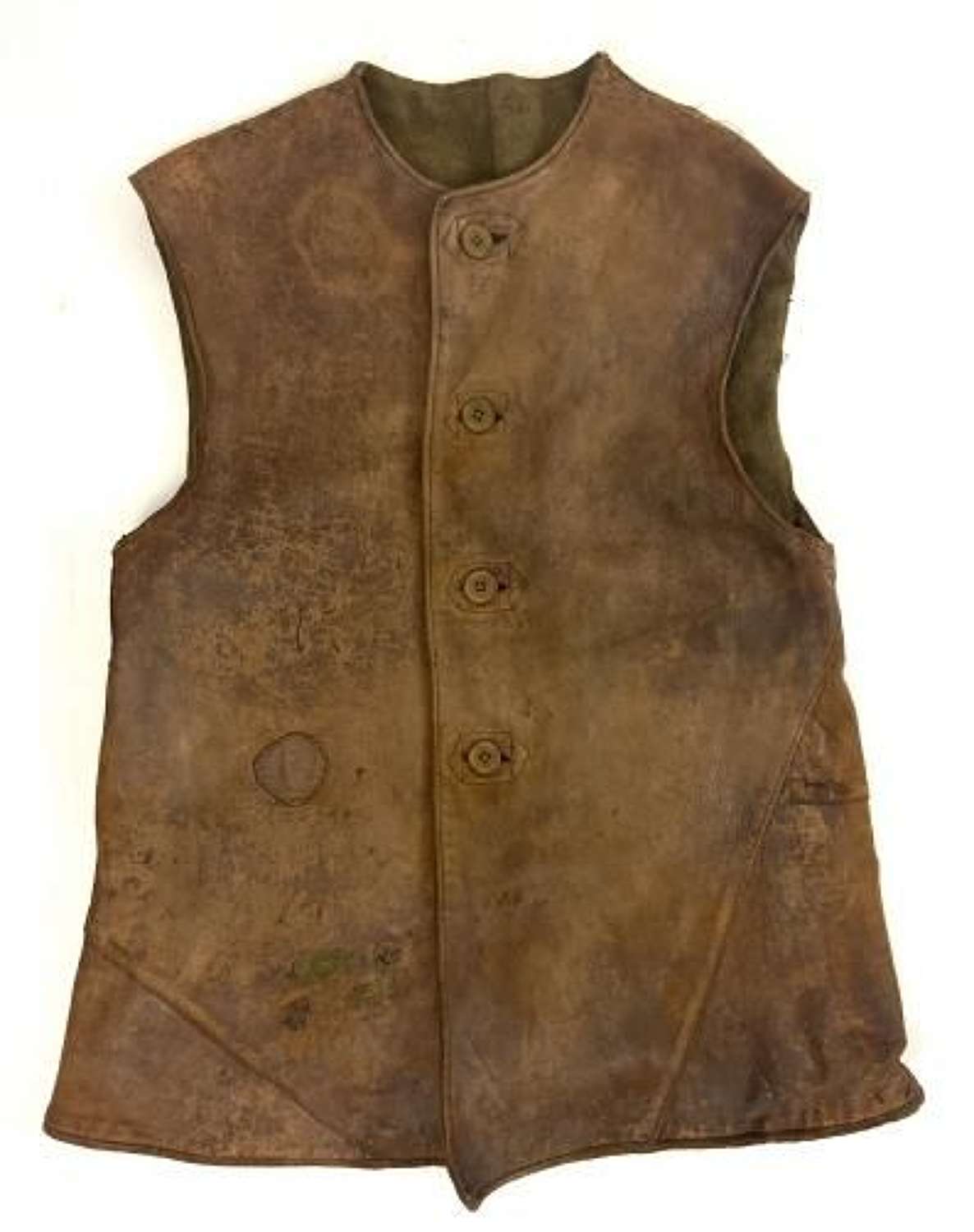 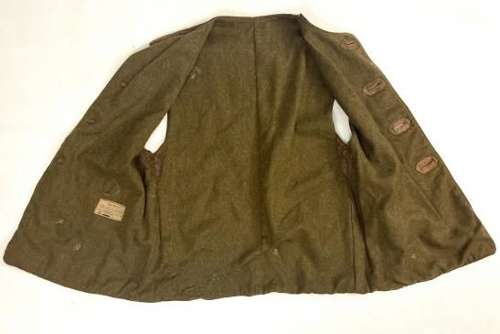 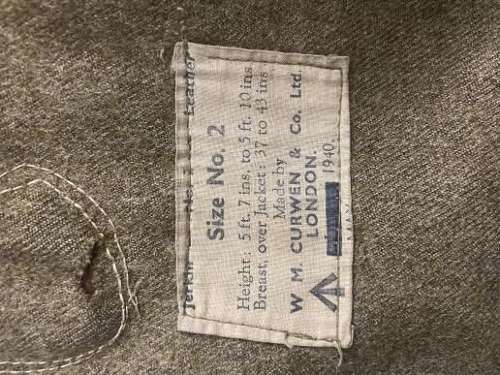 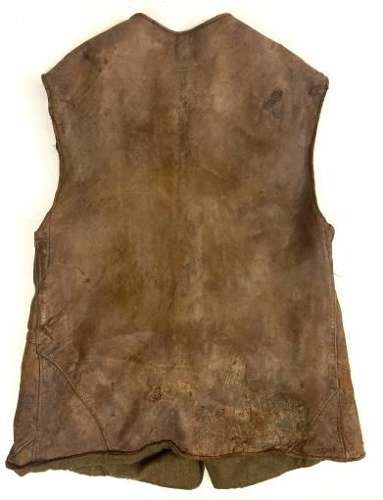 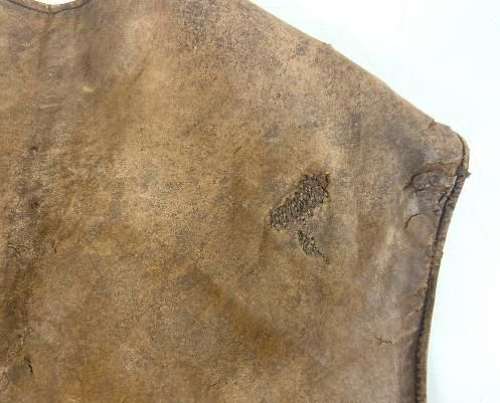 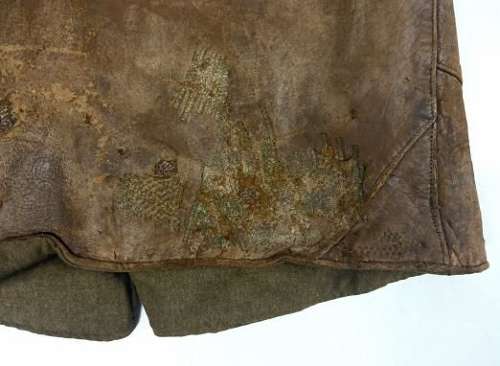 The interior is lined with a khaki green wool shirting material as was standard with jerkins. To it is affixed the original manufactures label which states it as being a size No.2 and made by ‘W.M. CURWEN & Co. Ltd’ in London. The War Department broad arrow marking is present as it the date of May 1940. The original month has been over-stamped which would suggest it was actually made slightly earlier in the year.

The label states that the jerkin will fit between a 37-43” chest depending on desired fit etc. I would suggest a fitting of a 36-40” chest myself. When laid flat the jerkin measures -

The condition of the jerkin would best be described as ‘well used’. It has clearly seen plenty of action in its time with plenty of period repairs to reflecting this. It is pretty sound overall however and all the stitching appears strong. All four horn buttons are present. Please study the pictures to gain a better idea of the condition.

Altogether a nice original example of a British Army jerkin complete with a rare early date. This would make a good addition to any collection!