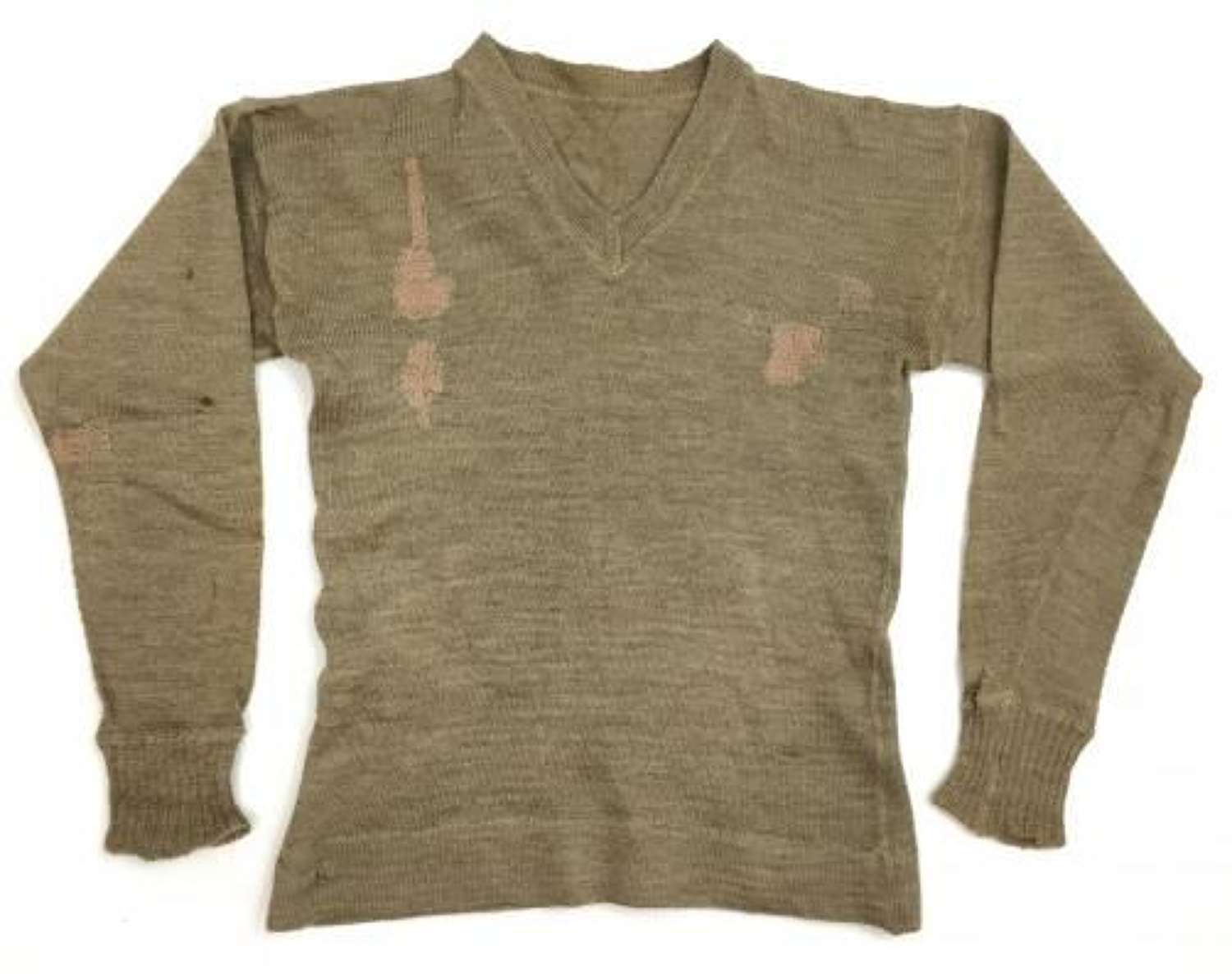 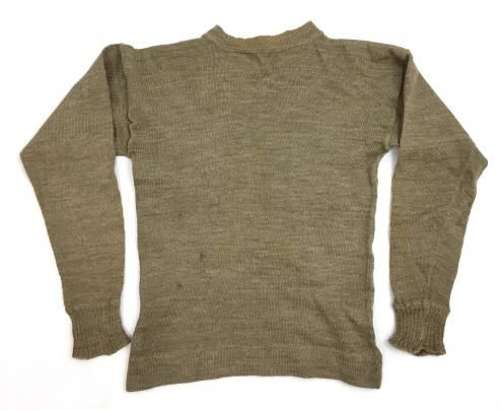 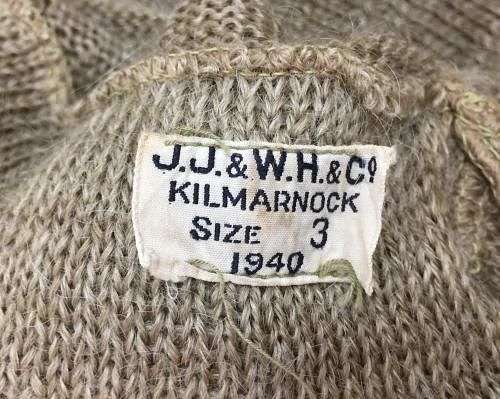 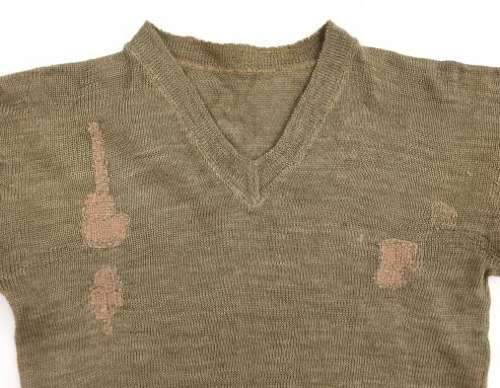 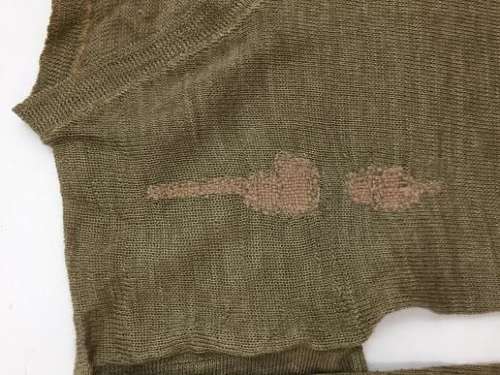 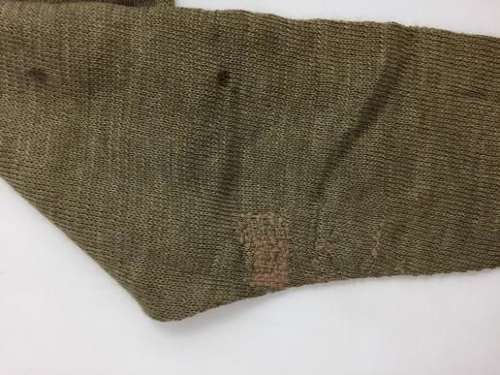 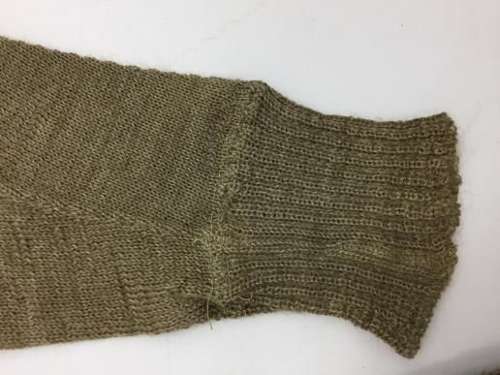 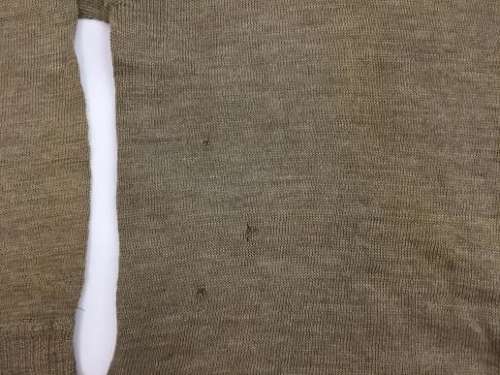 SOLD
An original British Army Jumper which belonged to sgnm J.H Wells who served with the Royal Corps of Signals during the Second World War.

J. H. Wells was discharged from the army on the 14th of May 1944 meaning that all his surviving items were used or worn by him prior to this date.

The jumper is a typical wartime British made example. It is made of coarse wool and has extra strong cuffs which is either an manufacturing quirk or an early War feature. I haven’t come across this on later Dated jumpers.

Inside the jumper the original label is present which states the manufacturer as ‘J.J & W.H & Co’ of Kilmarnock. It also states the size as 3 and bares the 1940 date.

The jumper features a number of original period darns which are truly incredible. They were clearly done at the time as the items have been stored since the war and really add an amazing character to the jumper.

The overall condition of the jumper is good and it displays well as can be seen in the pictures. It does however have three small hole to the rear and some stains etc as are to be expected with an original Second World War item such as this.

All in all a fantastic early War jumper with guaranteed wartime provenance. This would make an excellent addition to any ww2 collection without a doubt.