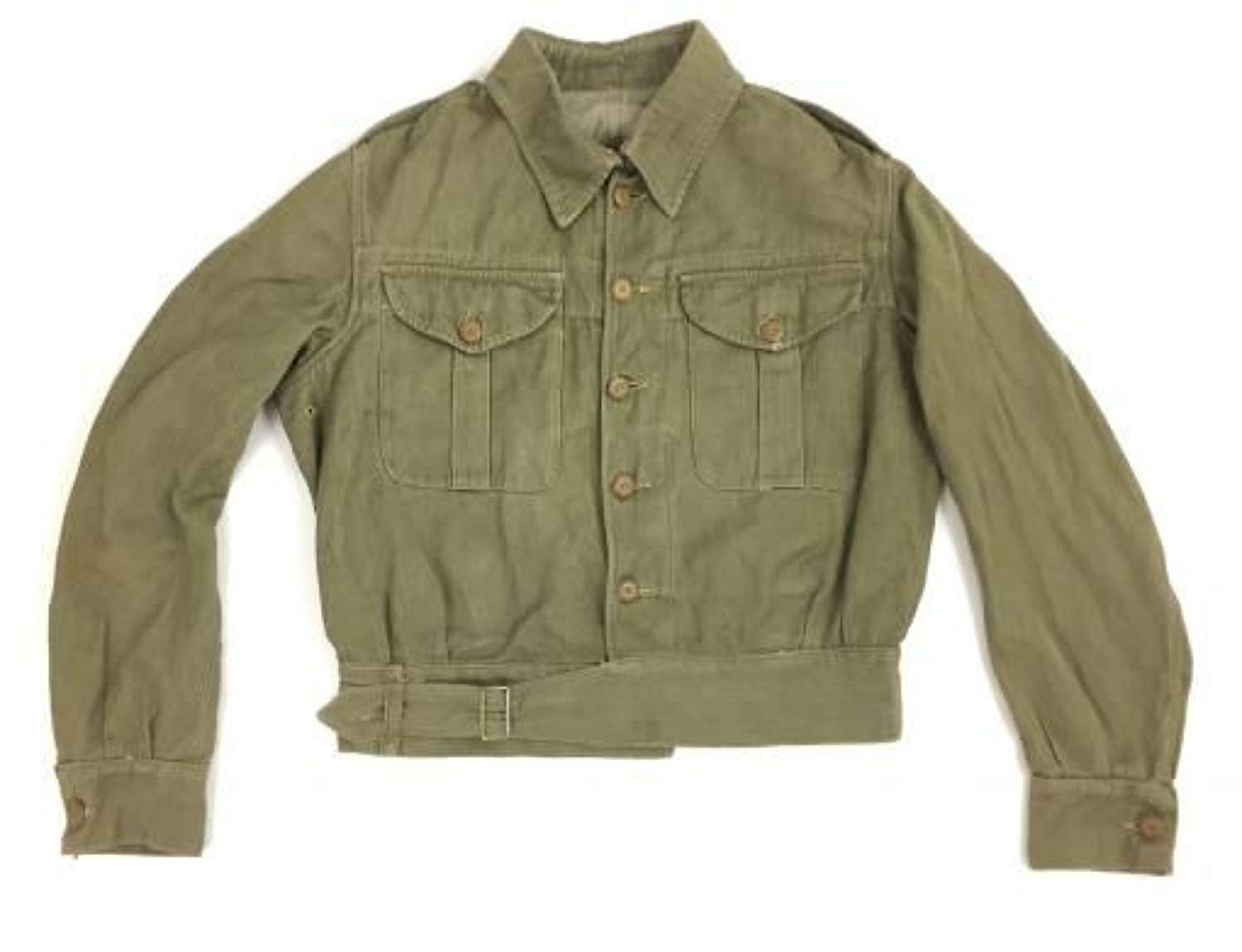 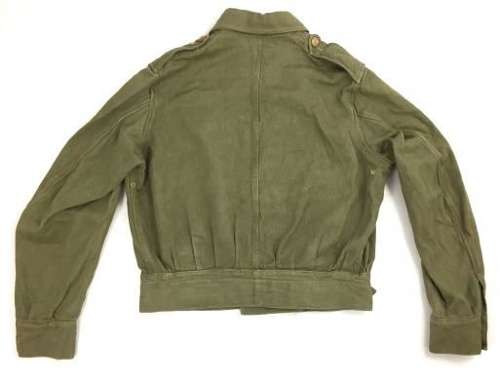 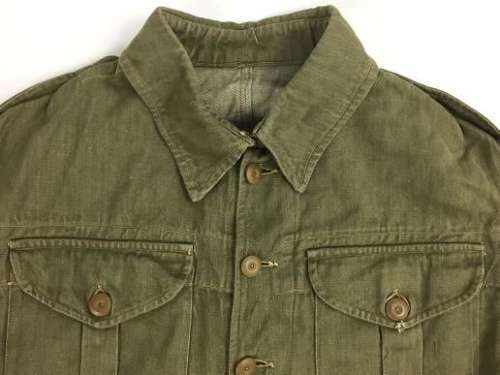 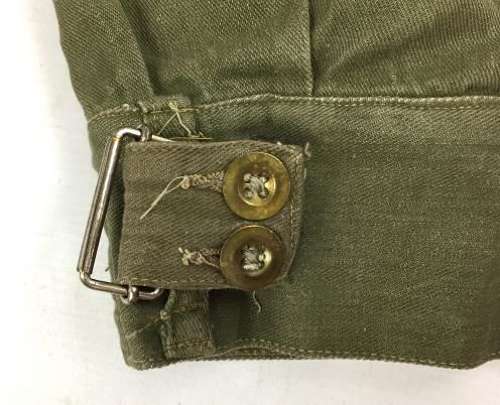 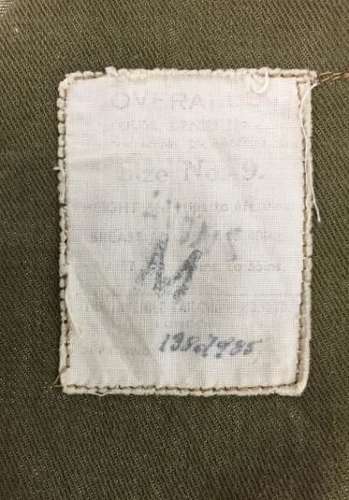 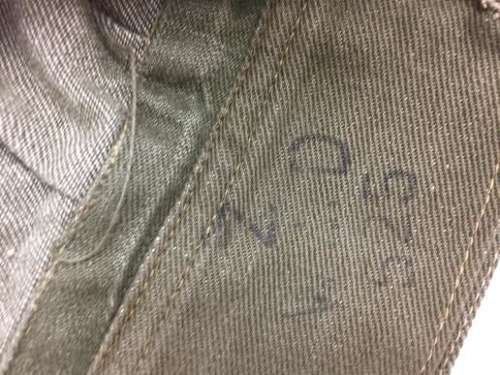 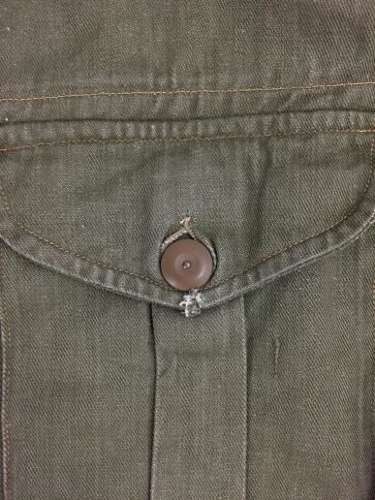 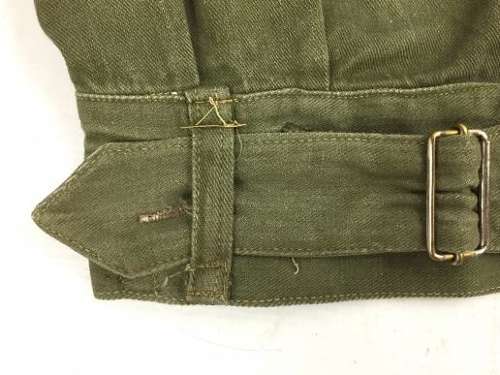 This jacket is an early issue example which was only made prior to 1942 when it was superseded by the austerity pattern. Aside from the 1940 date the biggest giveaway of a first pattern jacket is the pleated chest pockets. This example also has the correct early wire buckle.

Inside the jacket retains its original label. It is somewhat faded from washing as is common with workwear items such as this but some of the details are still legible. The size is stated as No. 9 which will fit up to 6ft tall, a 40" chest and a 35" waist. Towards the bottom of the label in the lefthand corner the date can be seen 'Sept 1940'. Whilst not overly clear in the picture, it is more clear in person with the right light.

As well as the original label the jacket also has a War Department WD stamp which features the broad arrow mark which is surmounted by the letter 'Z' which demotes 1945 as the year of issue. There is what looks to be another similar stamp which may have been an earlier issue stamp with the 1945 stamp relating to a later re-issue.

The condition of the jacket is good as can be seen in the pictures. Whilst it shows some signs of wear and was clearly issued it is still in very good condition overall. The only slight flaw is on the left breast pocket where there is some wear (pictured) and a small slit has been cut into the tail of the belt so it can fasten with a button. This is typical of the kind of small modifications done by soldiers during the Second World War.

A nice original early pattern jacket in good wearable condition. This would make a great addition to any WW2 collection.