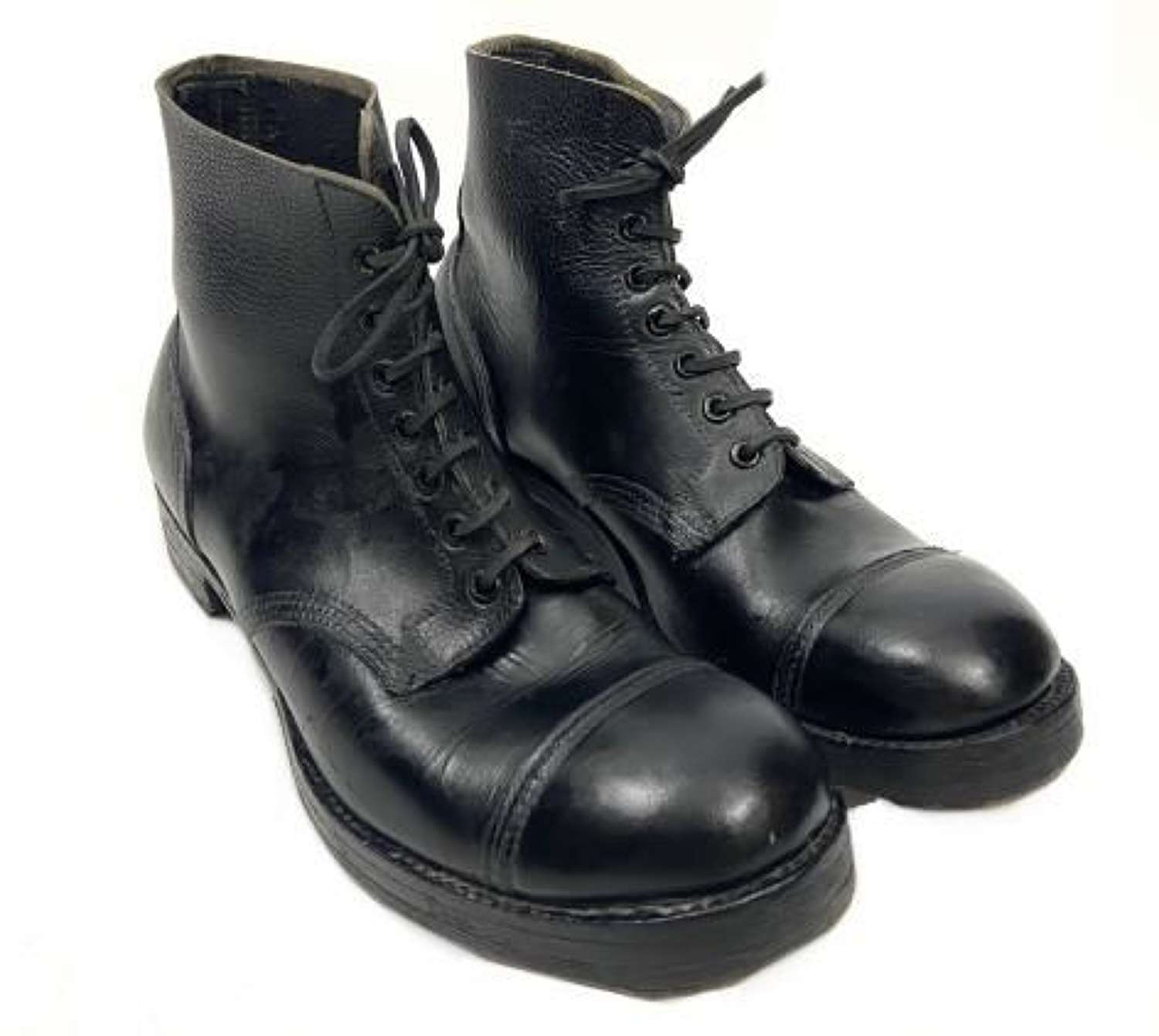 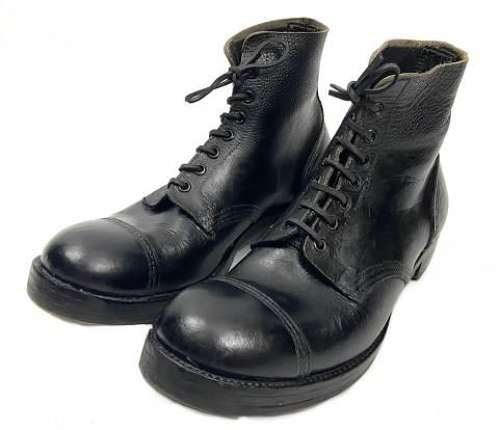 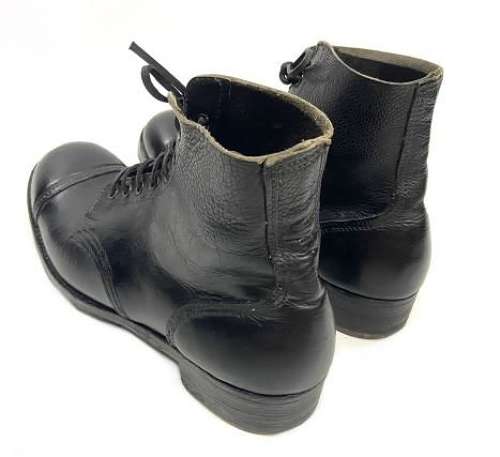 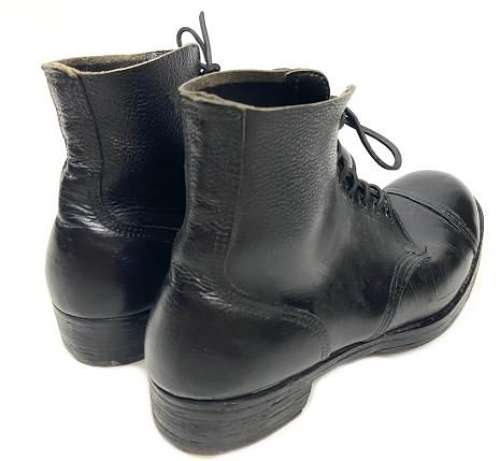 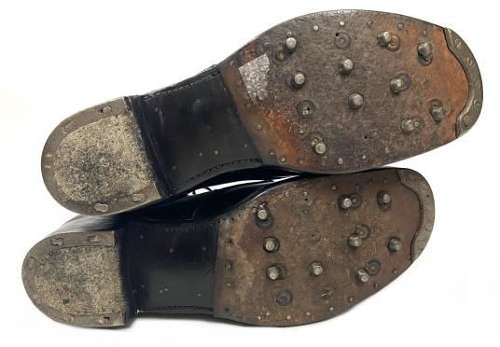 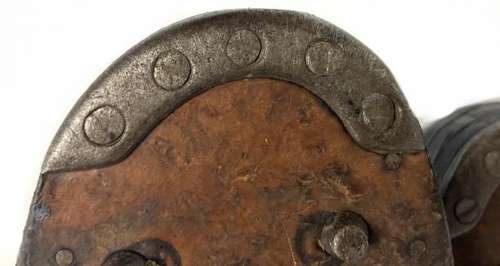 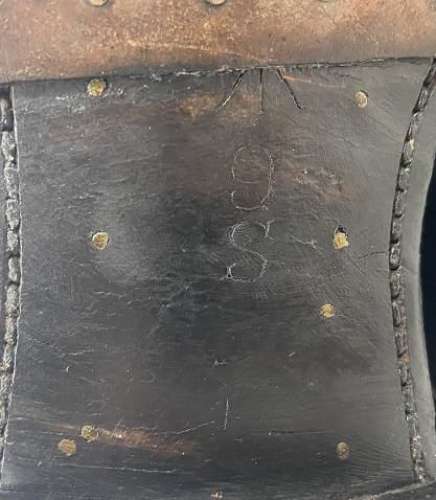 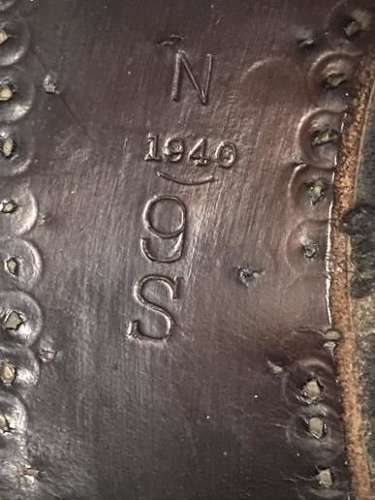 SOLD
An original pair of British Army ammunition boots clearly dated 1940 and in a size 9.

This pattern of boots, often referred to as 'Ammo boots', came into issue with the British Army in 1936 and saw issue throughout the Second World War and well into the 1950s.

This particular pair were made in 1940 as can be seen from the stamp to the insole. The original owner has 'bulled' the boots by smoothing out some areas such as the toe caps to give a better shine when polished. This was a common thing for soldiers to do since the introduction of ammo boots and was often done to 'best' boots used for walking out or parades. The boots have also had an extra layer sole added which is often called a 'clump' sole and was popular in the First World War and early Second World War. The toe plates have been re-fitted with slot head screws rather than the crosshead style seen post-war which would suggest the sole is a period addition. There is evidence of where flat type studs have been previously fitted although the boots are currently fitted with the smaller style. Different stud patterns are often seen in pictures of BEF but the sole and studs have been taken into account with the price.

Inside the boots the insole is marked with the 1940 date and the size of 9S. The letter 'N' is also present and could relate to the manufacturer?

The boots are in very good condition and display well. They look like the could potentially be very wearable but would also suit a mannequin.

A good pair of boots with a hard to find early date!