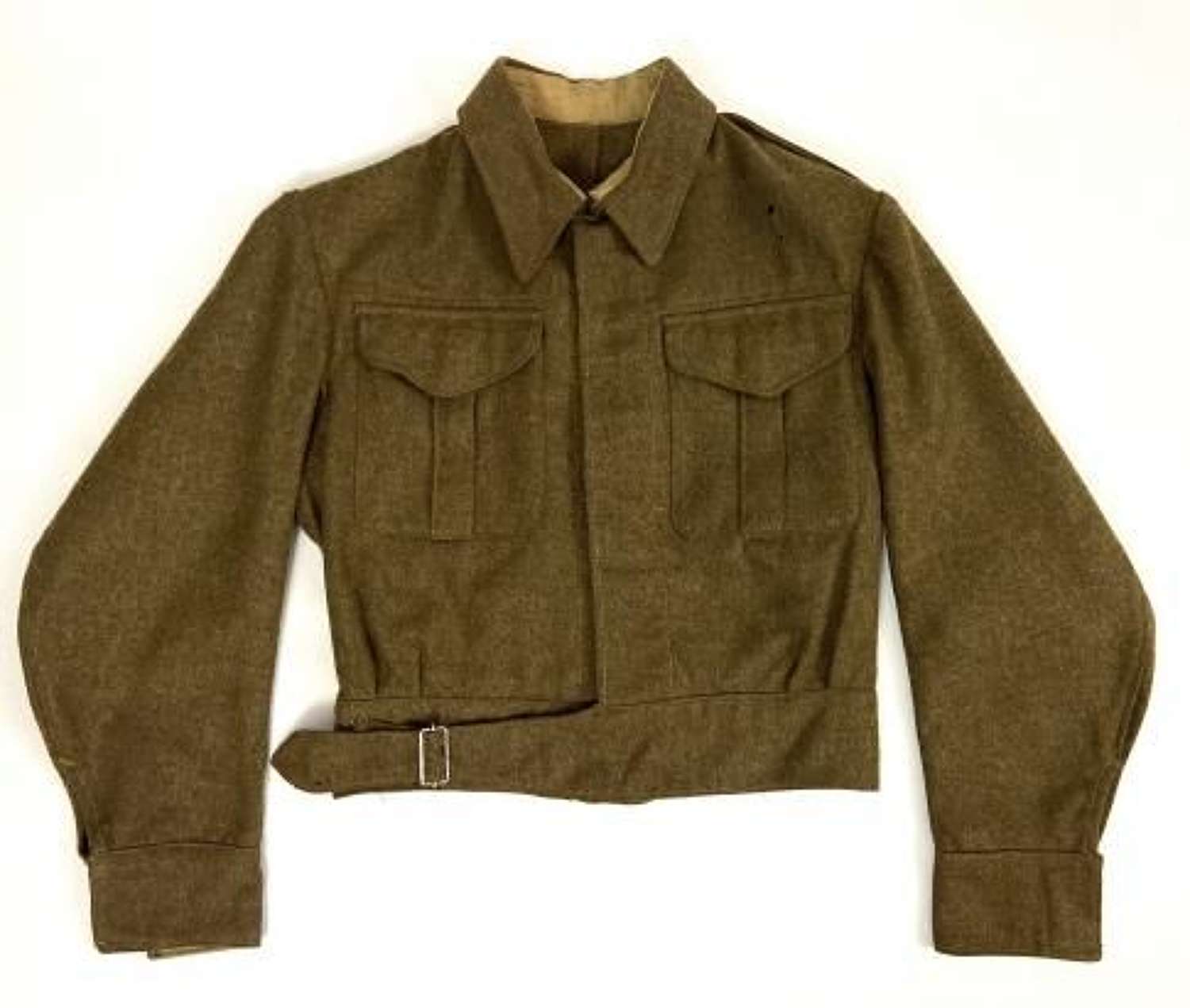 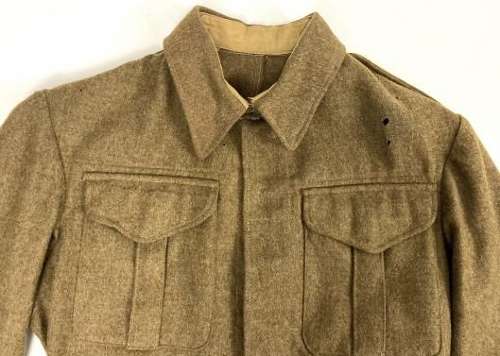 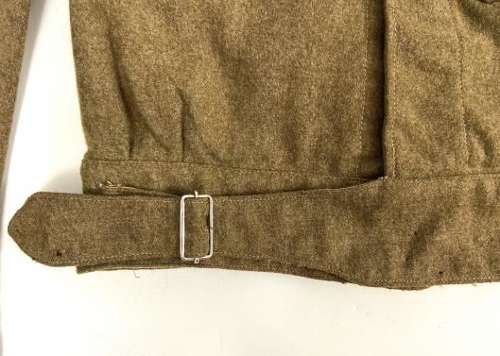 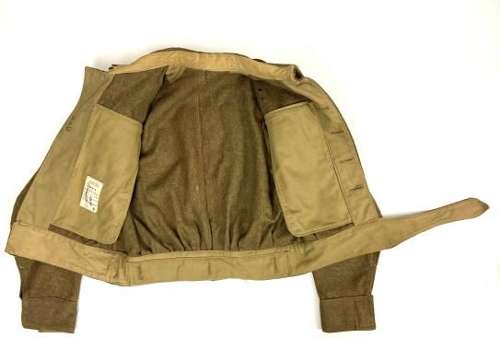 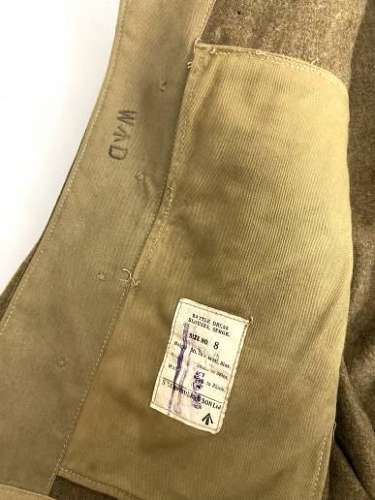 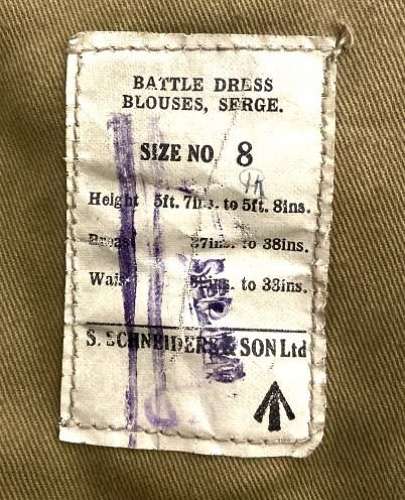 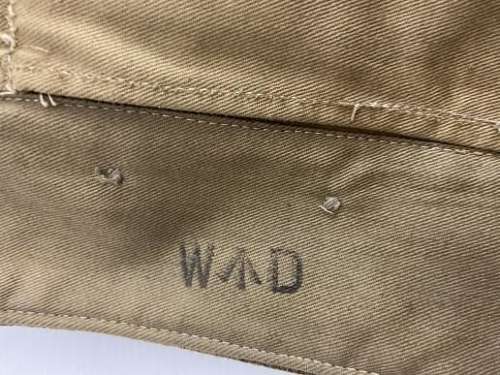 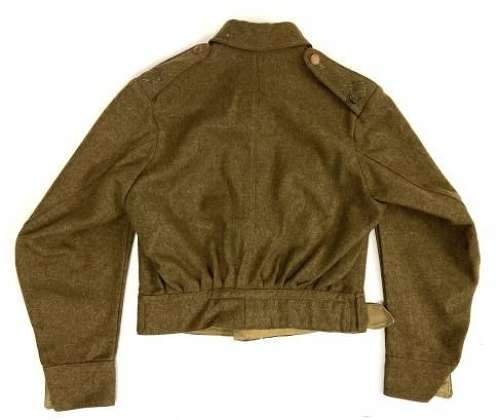 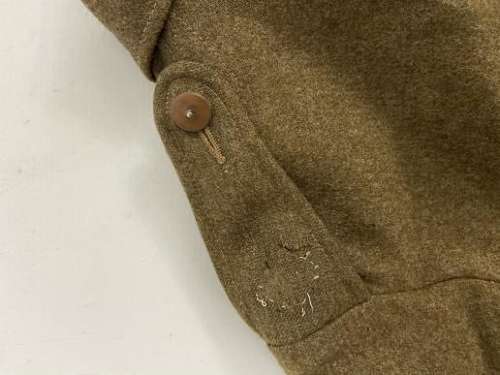 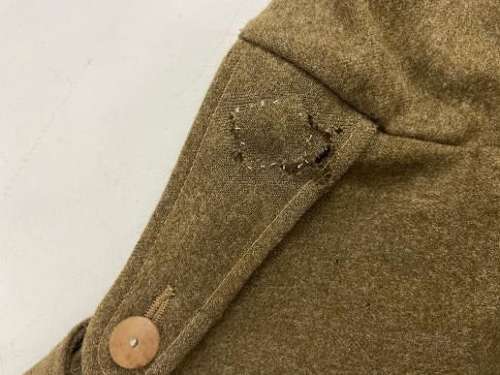 SOLD
An original 1940 pattern British Army Battledress Blouse dated September 1940 and in a size No.8.

This pattern of battledress blouse came into issue with the British Army in late 1940 and was used throughout the rest of the Second World War. This particular jacket features two inside pockets meaning it is an earlier example as economy measures limited inside pockets to a single pocket sometime in 1941.

The interior of the jacket features the correct War Department broad arrow marking as well as the original manufactures label which states the maker as 'S. Schnieders & Sons Ltd' and the size as No.8. A purple issue stamp is also present on the label and reads 'Sep 1940'.

The epaulettes appear to have had one pip each stitched onto them at some stage suggesting that this could have originally belonged to a Second Lieutenant.

The jacket doesn't appear to have seen much use or wear and the nap is still very good and fluffy. Its a clean jacket but has suffered from some moth damage. The main areas affected are the chest above the left breast pocket, the epaulettes and a small amount around the belt area. I have detailed this in the photographs so please take the time to study them.

Overall a reasonable original battledress which could potentially be repaired. Whilst not in the best condition this has been reflected in the price.